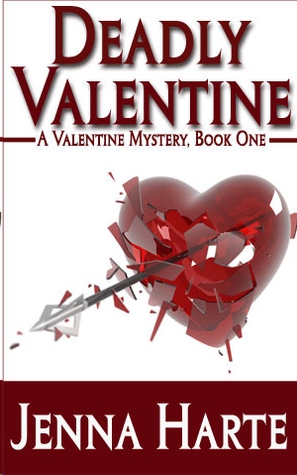 All rights reserved. No part of this book may be used or reproduced in any manner whatsoever without written permission of the author or Moxie Vie except in the case of brief quotations embodied in critical articles or reviews.

This book is a work of fiction. The names, characters, places and incidents are product of the writer's imagination or have been used fictitiously and are not to be construed as real. Any resemblance to persons, living or dead, actual events, locale or organizations is entirely coincidental.

Acknowledgments: I'd like to thank my mom for supporting me and helping me through the first edits. A big thank you to Rachel Young for believing that I could write something others might want to read. Thanks to the Stef girls especially beta readers Tammy and Sarah for supporting my writing. Thank you to my writing group for enduring mushy romantic dialogue and sex scenes, and helping me tweak the book. Finally, thank you to my husband and children for being my cheerleaders!

For excerpts and information about upcoming releases from Jenna Harte visit
JennaHarte.com
.

About Jenna Harte and Upcoming Works

I think I'm going to puke.
Tess studied her face in the nineteenth-century Louis XV style mirror in Asa Worthington's foyer. Pale but not green. Still the rolling in her stomach told her things could get worse. Why she'd let Daniel Showalter talk her into attending his uncle's dinner party she didn't know. It had disaster written all over it even before her stomach threatened to embarrass her in front of the town's most elite family.

Recently, Daniel's actions suggested he wanted more than friendship. Not that Daniel was a bad guy. He was handsome, down to earth and Tess loved his parents as if they were her own. But she was as committed to celibacy as one could get short of joining a convent. She'd given up on the idea of love ever after, preferring the sensual delights of chocolate, Marvin Gaye tunes and couture French underwear instead.

But it wasn't Daniel's affection for her that threatened to ruin the night. It was his uncle. Asa Worthington was a volatile, intolerant, self-serving man whose gatherings usually involved patronizing or humiliating everyone in attendance. Even Asa's sister, Helen found him so distasteful that she hadn't been to a family function in over twenty-years.

The night was proving worse than Tess anticipated when Daniel's cell phone rang calling him back to duty as a police detective just as they arrived. So she stood abandoned and stranded in the foyer hoping her lunch didn't reappear and mess up the beautiful Italian marble floor. The things one did in the name of friendship.

She pushed a tendril of chestnut hair out of her face and hoped that the glass of water the butler was bringing would settle her stomach until she could figure out how she was going to get home.

Tess lifted her gaze to find a pair of brilliant blue-green eyes reflecting back at her through the mirror. She hadn't thought the night could get worse. She'd been wrong.

Was it too much to hope to go through the rest of her life never seeing those eyes again or anyone else from her old life? After all, Jefferson Tavern, Virginia was a long way from Washington, D.C., not so much in distance as in social importance. There was no reason for him to be so far from home. Perhaps the man whose reflection she watched move toward her was an apparition. Maybe the mirror was one of those commonly found in historic homes in which ghosts appear through the reflection. The only problem with that idea was that most ghosts in Virginia were from the revolutionary or civil wars. This man was very modern.

So maybe her brain was as addled as her stomach and conjured up the vision. Her head
was
feeling a little foggy. The only way to find out for sure was to turn around and face him.

Gawd! He was even more stunning than she remembered. "Jack."

He grinned displaying a single dimple. "I was beginning to think you forgot who I was."

That was laughable. No one ever forgot Jack Valentine. Particularly women. Even a woman like Tess who'd given up on men. He was a romance novel's alpha male come to life; gorgeous, rich, arrogant, and yet somehow endearing. There was a time she would have liked to indulge her attraction to him. That time was long gone.

"What are you doing here?" she asked.

His brows drew together. Clearly he expected a different reaction. He probably thought she'd throw herself at him like she did the last time they were together. She wouldn't make that mistake again.

He gave her an affable smile. "I'm doing well. Thanks for asking. You look good. Really good."

She smirked at him. He should have been a politician the way he could talk and make you feel it was genuine. She didn't look good compared to when she last saw him nearly three years ago. Aside from the fact that she felt like the crypt keeper, she'd also put on ten pounds, which on a five foot three inch frame was significant. "I think you're being nice to an old friend."

"I'm glad to hear you still think of me as a friend. I was worried you were still mad about the last time we -"

"What are you doing here?" she asked again impatiently.

She saw a flash of annoyance on his face. It was so fast that she would have missed it if she wasn't staring at his mesmerizing eyes.

“You're doing business with him?”

"Not yet. I probably won't." He shifted, moved closer. "Are you here alone?"

"I came with someone, but he was called away," Tess clarified.

He was standing close, too close. He was studying her and she did her best to hold his gaze without giving away her unease. Or worse, blushing. He didn't need to know that after all these years he still made her insides flip-flop.

"There you are!" Asa Worthington’s booming voice echoed through the foyer followed by his immense body. "Appointed yourself the official greeter of beautiful women, eh?"

"Only this one," Jack said maintaining his gaze on Tess.

Asa laughed and like everything else about him it was large and loud. His blue eyes twinkled with delight as he reached out and slapped Jack on the back. "That’s what I like about you. You see what you want and you go after it."

"Tess! You’re here. Good. Where's Daniel?" Tom Showalter asked of his son as he came to stand next to Asa. The two men were complete opposites. Asa’s presence in a room remained even after he left while Tom could go unnoticed in a crowd of two. He was average in every way from his lackluster mud-colored eyes, to thinning brown hair. It always struck her as odd that as different as they were, Asa and Tom were good friends. Perhaps Tom being married Asa's sister, Helen helped. Or maybe it was that Tom was Asa's lawyer.

"He got called away as we got here," she said.

"Jack is thinking of expanding his business in this area in anticipation of a joint venture we’re negotiating," Asa said. "He’ll certainly want someone local to represent him when he does. If Ms. Madison is as good a lawyer as you say she is Tom, perhaps she’d be up to handling Jack here.“

"I’d enjoy being handled by Ms. Madison," Jack said, his gaze still on her.

Tess' eyes grew large, then narrowed with suspicion. It wasn't unusual for Jack to be brazen. What was disturbing was that it was directed at her. "Have you ever been handled by a woman, Mr. Valentine?" she said with bravado she didn’t feel.

A wicked smile spread on his face. "Not one like you."

"Damn it’s hot in here," Asa said with a look to Tess and then Jack. "Let’s get a drink and move this party into the parlor."

Tess followed Asa with Jack and Tom behind her. Although she’d been to Asa’s mansion before, she always marveled at the exquisiteness of his home. The Georgian styled structure was built in the late 1800’s by Asa's great-great grandfather and it held many original pieces. With a fire to offset the February chill, the room looked warm and inviting, but it couldn't quite overcome the stiff coolness that was the Worthington family.

"Where is Walter?" Asa asked in a clipped tone. An older gentleman appeared looking like he stepped out of a 1930's whodunnit-novel complete with a black butler suit and white gloves.

"There you are. Champagne for everyone," Asa said with a  wave of his hand.

Walter made no acknowledgment of his boss. Instead he handed Tess a glass of ice water.

Walter gave her a brief nod in response and then headed to the bar in the corner presumably to get the champagne.

"We're waiting for a few more people," Asa said. Despite the abundance of seating, everyone remained standing in the middle of the room.
Ready to flee at a moment's notice
, Tess thought.

"While we're waiting you can tell us what this dinner meeting is about," Jack said.

Jack's eyes narrowed and he looked as if he were going to press Asa.

"You've got a beautiful woman at your side who has been stood up by my nephew. Why not take the time to enjoy the company?" Asa added.

Tess didn't much like being pimped out. She could only hope that Jack wouldn't take the bait.