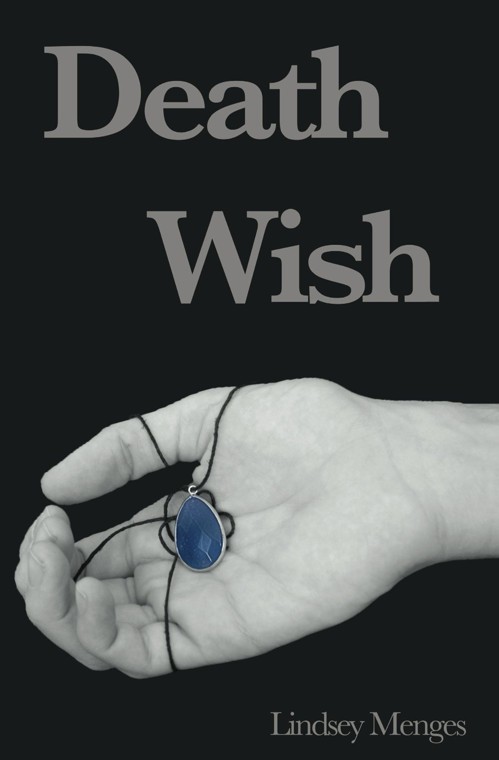 This book is dedicated to Adam, for being the Harrison to my Eliza, my biggest cheerleader, and my partner in all things. This story wouldn’t exist without you.
I love you forever and for always.

Part One: The Fairy Godparents

“The greatest gift we can ever give is the gift of a perfect death.”

-Motto of the Fairy Godparent Organization, sub-division of the Federal Security Branch

He isn’t a handsome man, or a hideous man. He isn’t a brave man, or a cowardly man. He isn’t a generous man, or a selfish man.
He is, simply, a man.
Mort Jefferson sits by himself in an elegant room lined with floor-to-ceiling windows. The gentle burble of a black marble waterfall and the steady
clack clack
of the receptionist’s typing are the only sounds in the room.
That, and the scratch of his pen as he fills out a form.
The form is typed in simple black ink on simple white paper. The use of paper products seemed strange to Mort but, as the receptionist cheerfully explained, their organization likes to have physical records of all Wish submissions.
Not that he really cared; he just wanted something else to think about. A momentary distraction before the memories of what brought him here begin swimming in his brain again. Like a group of sharks circling a helpless seal.
And closing in for the kill.
“I’m leaving you, Mort, and I’m taking Christy with me.”
Mort grits his teeth, a physical attempt to keep the relentless pain at bay. It’s always there; a dull ache that throbs through his entire core. He hunches over and focuses on the simple black text on simple white paper.
[Please print your name in the space below]
Mort Jefferson
The simple man fills out his personal information, gradually getting used to the strange sensation of writing instead of typing or dictating. But when the novelty of the action fades away, the sharks start to swim again.
“Really, Jefferson? You’re going to file a complaint about
me
? No one gives a shit that you got hurt. Hell, your wife sure didn’t. I mean, she didn’t even
hesitate
before jumping into bed with me. So, sure, make a formal complaint. But don’t be surprised if I’m still sitting in my big, fancy office tomorrow, and you’ve been reprimanded for spreading slanderous lies.”
The pen snaps. He hadn’t realized how tightly he was gripping it. Ink trickles down his hand, and he drops the now-useless instrument to the ground. The smack against the marble floor echoes harshly in the quiet room.
“Daddy? Why does Mommy say that you’re a loser?”
Mort lets out a shuddering breath and stands up, then promptly bends down to retrieve the broken pen. He can feel the flush of embarrassment on his cheeks, and watches listlessly as more ink flows from the instrument into his stained palm. He glances down at the form in his other hand. The paper is pristine, every section filled in with his answers to the questions. A few drops of stray ink mar the corner of the paper, and he hopes they won’t reject his application because of it. But his fears are unfounded; the beautiful receptionist with the white teeth and blood-red lips takes it from him with an easy smile.
“Thank you, Mr. Jefferson. Now remember, you have seven days to retract your submission.”
“Please, Mort,” begs Melissa, her grey eyes filling with tears.“You don’t have to do this. Please, don’t submit a Wish.”
Mort gives a sad smile to the receptionist. “Don’t worry,” he says. “I won’t retract it.”
She nods, those ruby-red lips knowingly turned upward. He wonders if his own blood will be that red when the time comes.
“Well, assuming that you don’t... Congratulations. Your Death Wish is scheduled for next Saturday at nine o’clock in the evening. Enjoy your last week, Mr. Jefferson. We are honored to be the catalyst for your final wish.”
Mort nods. He also hands over the broken pen, and the woman with the blood-red lips wraps it in a tissue. Nothing dirties this pristine space; even the ink stain that marred the white tile by his chair is already gone. With a world-weary sigh Mort shuffles to the exit, hoping that his last days on this planet will be over soon.
He’s ready to die.

Naughty No More by Brenda Hampton
The Witch of Stonecliff by Dawn Brown
Death Song by McGarrity, Michael
The Edge of Dreams by Rhys Bowen
The Raging Fires by T. A. Barron
Love Me Tender by Audrey Couloumbis
Moscow Machination by Ian Maxwell
Askance by Viola Grace
The Last Girl by Penelope evans
The Judge Who Stole Christmas by Randy Singer