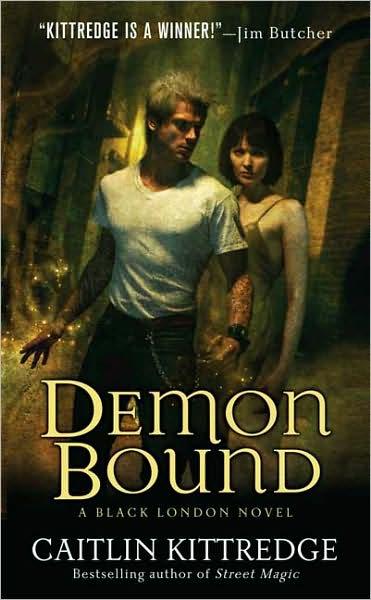 “
Pure Blood
pounds along hard on the heels of
Night Life
, and is every bit as much fun as the first in the series. With a gutsy, likable protagonist and a well-made fantasy world,
Pure Blood
is real enough to make you think twice about locking your doors at night. A swiftly paced plot, a growing cast of solid supporting characters, and a lead character you can actually care about—Kittredge is a winner.”

“ With enough supernatural death and romance to keep readers glued to the pages…Jump in with both feet and hang on tight because
Pure Blood
is an emotion-filled ride.”

“The pacing is rapid and the peril imminent…This is a series and an author that are definitely going places!”

“The unexpected plot twists and high-octane action of
Pure Blood
kept me turning the pages until the wee hours of the morning.”

“I loved the mystery and the smart, gutsy heroine.”

“Don’t go to bed with this book—it will keep you up all night. It’s that good.”

—Lilith Saintcrow, national bestselling author of
Working for the Devil

“Luna is tough, smart, and fierce, hiding a conflicted and insecure nature behind her drive for justice and independence, without falling into cliché. It's also just a lot of fun to read.”

“Fast-paced, sexy, and witty with many more interesting characters than I have time to mention. I'm looking forward to reading more stories in the exciting Nocturne City series.”

“Wow, I am still thinking about this book. The last time I  reacted to a book this way, it was the first Mercy Thompson book by Patricia Briggs. If you are looking for a book that seamlessly blends a police procedural with a paranormal, go out and get this book.”

“A tense, gritty urban fantasy that grips the audience from the onset.”

“
Night Life
dived right into the action, and carried me along for the ride…If the following books are written with the same care and interest as
Night Life
, they will be a welcome addition to this fantasy genre.”

Listen to the army march across my coffin lid
Fire in the east and sunrise in the west
I’m just a dead man, walking with the rest

A crow sat on the dead branch of the dead tree that watched over two gravestones in the corner of Brompton Cemetery. It watched Jack Winter with its black eyes like beads, and he watched the crow in turn, with eyes that most people called ice, but that he called simply blue.

Jack drew a Parliament out of the air and touched his finger to the tip. He sucked a lungful of smoke and blew it at the crow, which flapped its wings and snapped its beak in irritation. “Fuck off, then,” Jack told it. “Not like I want you hanging about.”

“Leave that bird alone,” said his companion. “If the map I got from tourist information is right, the graves are close by here.” Her circular ramble through the headstones came to a stop next to Jack. “Oh. You found them.”

“Mary and Stuart Poole,” Jack said, flicking his fag at Mary’s headstone. “Who says the gods don’t have the occasional bout of humor?”

Pete Caldecott gave Jack what he’d describe as a dirty look, and not dirty in the manner that led to being naked and sweaty. She strode over and picked up his litter, shoving
it into her coat pocket. “You’re a bloody child, you know that? Emotionally twelve. Thirteen at the most.”

Jack shrugged. “Been accused of worse.” He felt in the inside pocket of his motorbike jacket for another Parliament, but thought better of it when Pete put a hand on her hip.

Jack withdrew his hand from his coat slowly, feeling rather like a nun had caught him with a dirty magazine. Pete was, at the first look, not a She Who Must Be Obeyed sort, but Jack knew better. Shorter than him by a head, she had green eyes straight from the Emerald Isle, and dark hair and sun-shy skin that turned her to Snow White in torn denim and an army jacket. Lips plump like rubyfruit, a body that a bloke could spend hours on and still feel like he was starving for it.

But at moments like now, when she glared at him and tapped her foot on the dead grass over the Pooles’ final rest, Jack had learned he was better off doing as he was told. Unless he felt like a smack in the head, and it was too early in the day for kinky foreplay.

Jack picked up the black canvas tote they’d brought along and crouched between the Pooles’ headstones. The entire practice of raising the dead for things like “closure” and “peace” was a load of bollocks, but Pete’s Irish temper kept him from articulating the thought, and she was right, besides—they did have a job.

“’S still a bloody stupid request from the family,” Jack told her. “Just like I said when you took them on.”

Pete folded her arms. “I spent near a decade of my life pushing paper around a desk at the Metropolitan Police, so once you’ve dealt with expense reports and a DCI who thinks that equipment that works is a luxury, not a necessity, you can jabber on about bloody stupid, all right?”

Pete pointed down at the grave. “Get to work, Winter. Before I lay you a smack.”

“I should have been a fucking fortune teller,” Jack grumbled. “The future is an open book compared to this shite.” He heaved a sigh for effect while he unzipped the satchel and pulled out his spirit heart. Pete merely folded her arms, her expression ever the impassive copper.

In Jack’s hand, the clockwork contraption weighed no more than a melon and was of comparable size. Round, made from brass, and hung from a chain, the spirit heart held a small hollowed-out chamber in its bottom. Jack dug the plastic baggie of galangal root out of the satchel and breathed on a pinch of the stuff.

Just a touch of sorcery, just enough to wake up the strands of magic that lived in the galangal. Jack rubbed the pinch between his fingers and tamped it into the chamber of the spirit heart. A stab of pressure hit him in the temple and he rubbed his forehead before standing. His talent knew what was coming, even if his mind didn’t, and Jack braced himself to take the punch of spirit energy the galangal root conducted.

Pete reached out and touched him on the arm, the lightest of touches, on his leathers no less, but he still felt it, dancing down through his blood and nerves to his bones. Her own talent felt like gooseflesh, like being touched by a girl you fancied for the first time, every time. It was different from his own slippery, slithering magic as a tube tunnel from a sewer. Similar functions, separated by miles of intent.

He lied to her with a small, tight nod and a smile. His head throbbed harder. “Close enough for horseshoes and hand grenades, luv. Let’s have this over with.”

Pete wasn’t fooled, and the twin lines between her eyes said so, but she had the grace to step back and pretend that Jack was as skillful a liar as he claimed.

Jack supposed if he had any sense, he’d be worried. Using magic wasn’t supposed to hurt. Not him, not a mage of the
Fiach Dubh
. The brothers of the crow were the rock stars of a magic trade often fraught with blood and blackness, hard and wicked men whom no one crossed.

Many of them were that. Jack was not. And if he
did
have sense, he’d stop before his talent burned a hole in him.

No one had ever accused him of having sense, though. Of being a wanker, yes. A thief, a sinner, and a murderer, certainly. But sensible, no. Jack thought that the day someone
did
accuse him of sense, it would likely be time to hang up his spurs.

“All right, you dusty lot,” he murmured, so low only the dead could hear. “Come and give me a haunt.”

Pete drew her small digital video kit from the bag and readied it, training the lens on Jack and the graves.

For his part, Jack held the spirit heart straight out above the earth, arm rigid as a divining rod. The clockwork pendulum swung gently, aimlessly. Jack inhaled and held the air. Panic chewed on the ends of his guts, scratched at his neck, and wormed into his brain. His body knew what he was about to do, and it was screaming.

Times like this, Jack felt the longing for a fix like the grasp of a familiar lover—tight, hot, gathered behind his eyes, knotting him up, making him cold, telling him,
I have what you need. Take it and warm yourself, save yourself, taste the golden delights of the floating world.

The hiss of need had only grown louder since he’d kicked heroin, begging and pleading to have a chance, just one more chance to make it right.

Death in Paradise by Kate Flora
All Chained Up by Sophie Jordan
Sunny's Kitchen by Sunny Anderson
Maxed Out by Kim Ross
SE Jakes Bound By Honor by SE Jakes
Trapped by Alex Wheeler
Bluegrass Peril by Virginia Smith
The Casual Vacancy by J. K. Rowling
Heaven and the Heather by Holcombe, Elizabeth
Through Dead Eyes by Chris Priestley