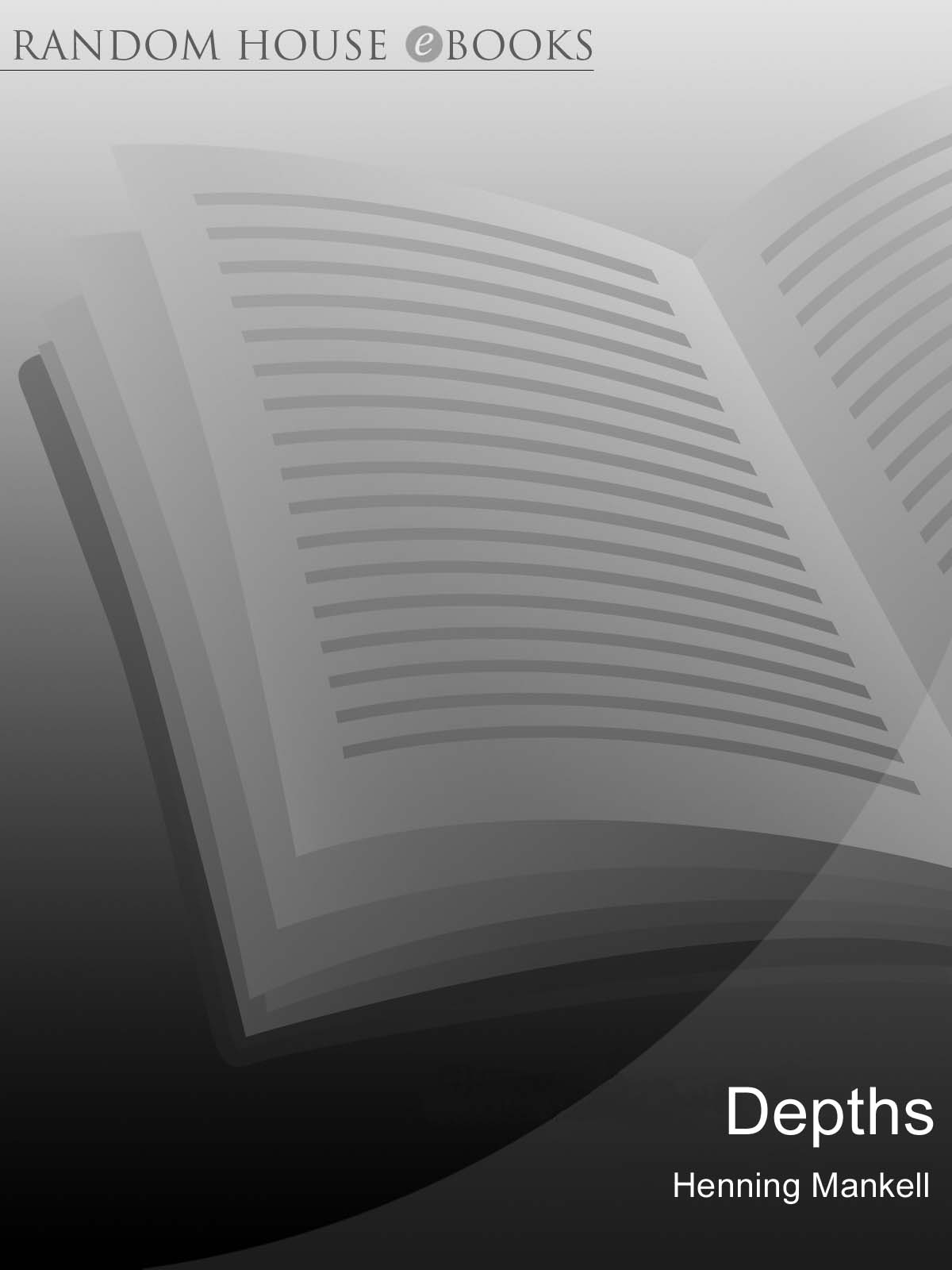 Henning Mankell is the prize-winning and internationally acclaimed author of the Inspector Wallander Mysteries, now dominating bestseller lists throughout Europe. He devotes much of his time to working with Aids charities in Africa, where he is director of Teatro Avenida in Maputo.

Laurie Thompson is the translator into English of five other books by Henning Mankell, as well as novels by Åke Edwardson, Hakan Nesser and Mikael Niemi.

A Bridge to the Stars

I Die, but the Memory Lives on

TRANSLATED
FROM THE SWEDISH
BY

Henning Mankell has asserted his right under the Copyright, Designs
and Patents Act 1988 to be identified as the author of this work

First published with the title
Djup
by Leopard Förlag, Stockholm

First published in Great Britain in 2006 by Harvill Secker

Addresses for companies within The Random House Group Limited can
be found at:
www.randomhouse.co.uk/offices.htm

PART I
The Secret Affinity with Leads
CHAPTER 1

They used to say that when there was no wind the cries of the lunatics could be heard on the other side of the lake.

Especially in autumn. The cries belonged to autumn.

Autumn is when this story begins. In a damp fog, with the temperature hovering just above freezing, and a woman who suddenly realises that freedom is at hand. She has found a hole in a fence.

It is the autumn of 1937. The woman is called Kristina Tacker and for many years she has been locked away in the big asylum near Säter. All thoughts of time have lost their meaning for her.

She stares at the hole for ages, as if she does not grasp its significance. The fence has always been a barrier she should not get too close to. It is a boundary with a quite specific significance.

But this sudden change? This gap that has appeared in the fence? A door has been opened by an unknown hand, leading to what was until now forbidden territory. It takes a long time for it to sink in. Then, cautiously, she crawls through the hole and finds herself on the other side. She stands, motionless, listening, her head hunched down between her tense shoulders, waiting for somebody to come and take hold of her.

For all the twenty-two years she has been shut away in the asylum she has never felt surrounded by people, only by puffs of breath. Puffs of breath are her invisible warders.

The big, heavy buildings are behind her, like sleeping beasts, ready to pounce. She waits. Time has stood still. Nobody comes to take her back.

Only after prolonged hesitation does she take a first step, then another, until she disappears into the trees.

She is in a coniferous forest There is an acrid smell, reminiscent of rutting horses. She thinks she can make out a path. She makes slow progress, and only when she notices that the heavy breathing which surrounded her in the asylum is no longer there can she bring herself to turn round.

Nothing but trees on every side. She does not worry about the path having been a figment of her imagination and no longer discernible, as she is not going anywhere in particular. She is like scaffolding surrounding an empty space. She does not exist. Within the scaffolding there has never been a building, or a person.

Now she is moving very quickly through the forest, as if she did have an objective beyond the pine trees after all. From time to time she stands, stock-still, as if by degrees turning into a tree herself.

Time does not exist in the forest. Only trunks of trees, mostly pine, the occasional spruce, and sunbeams tumbling noiselessly to the damp earth.

She starts trembling. A pain comes creeping under her skin. At first she thinks it is that awful itchy feeling that affects her sometimes and forces the warders to strap her down to prevent her from scratching herself raw. Then it comes to her that there is another reason for her trembling.

She remembers that, once upon a time, she had a husband.

She has no idea what has prompted that memory. But she recalls very clearly having been married. His name was Lars, she remembers that. He had a scar over his left eye and was twenty-three centimetres taller than she was. That is all she can remember for the moment. Everything else has been repressed and banished into the darkness that fills her being.

But her memory is reviving. She stares round at the tree trunks in confusion. Why should she start thinking about her husband just here? A man who hated forests and was always drawn to the sea? A midshipman, and eventually a hydrographic survey engineer with the rank of Commander, employed on secret military missions?

The fog starts to disperse, melting away.

She stands rooted to the spot. A bird takes off, clattering somewhere out of sight. Then all is silent again.

My husband, Kristina Tacker thinks. I once had a husband, our lives were intertwined. Why do I remember him now, when I have found a hole in the fence and left all those watchful predators behind?

She searches her mind and among the trees for an answer.