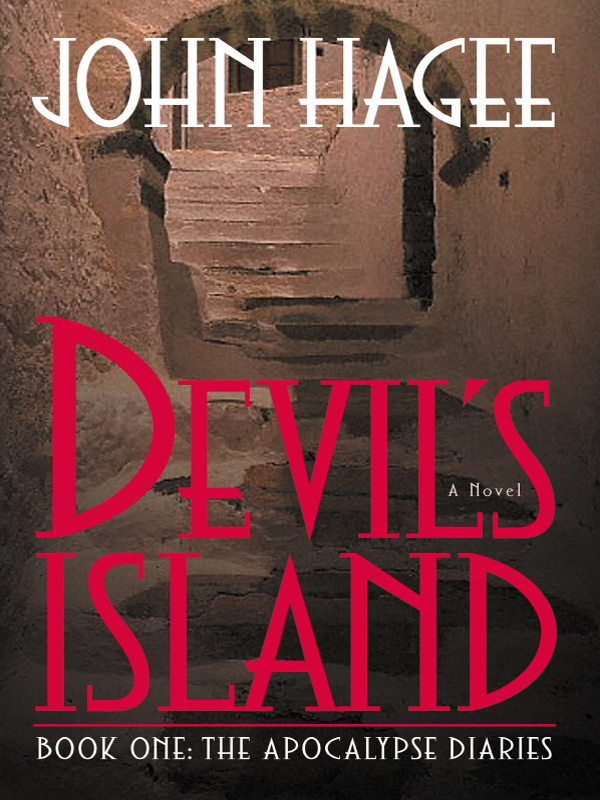 All rights reserved. Written permission must be secured from the publisher to use or reproduce any part of this book, except for brief quotations in critical reviews or articles.

Scripture quotations are from:

THE TWO SHIPS HAD NOT BEEN THERE when he'd left the wharf yesterday, Abraham was sure of it. The pair was docked at the curve of the horseshoe-shaped inlet, about two hundred yards from Abraham's warehouse-office, and even at a distance the ships instilled a vague sense of foreboding in him.

He lengthened his powerful stride and kept his eyes focused on the water ahead as he walked down the broad, straight avenue that led to the harbor. Pink-orange tendrils of daylight had just begun to streak the sky, but the commercial hub of the city was already buzzing with activity.

In a few moments, when Abraham arrived at the wharf and was able to get a closer look at the two new arrivals, he quickly identified the source of his apprehension: they were Roman warships.

Impossible
, was his first thought. The Empire was not at war. And yet there was the Roman eagle, proudly ornamenting the prow, and there were the bronze-helmeted soldiers, forming ranks on deck. It appeared the troops were preparing to disembark.

Instantly his lanky assistant appeared on the wharf beside him. “Yes, sir.”

Noting the direction of his employer's gaze and anticipating the question, Quintus continued without pause. “They arrived at dusk yesterday,” he said. “I made a few discreet inquiries and learned the ships are carrying the First Cohort of the Tenth Legion.”

“And their purpose in Ephesus?”

“I don't know. Several of the centurions came ashore last evening for a meal and a bit of carousing, but the tavernkeeper I spoke to said they remained tight-lipped about their orders.”

The knowledge that it was the Tenth Legion on board the two warships struck Abraham like a punch to the solar plexus. The arrival of any cohort of Roman soldiers would have surprised and worried him, but the memories of his encounter with the Tenth Legion had not faded, not even after all these years.

“Only one cohort?” he asked Quintus.

“Unless other ships arrive later. I imagine five hundred men is roughly the number of troops these two ships could transport.”

“Certainly not enough manpower for a military engagement,” Abraham noted, “but enough to make an impressive show of force for the local citizenry.” His stomach burned at the thought.

At just over six feet, Quintus was one of the few men who could look Abraham directly in the eye. But where Abraham was broad and stocky, Quintus was lean with a hungry lookâthough it was common knowledge he had an enormous appetite, with a particular fondness for honey-roasted mutton.

Quintus looked at his employer now, obviously perplexed. “In my entire life I've never seen Roman troops posted here. We are a senatorial province, not an imperial provinceâ”

“I'm well aware of our political status,” Abraham said abruptly. Asia's local government was accountable to the Senate in Rome, in contrast to imperial provinces, recently subjugated areas where a strong military presence was required. “But it is quite unusual,” he added in a more conciliatory tone, “and worrisome.”

“Shall I have someone follow them, to find out where they will make camp?” Quintus asked.

“No, but keep your ears open. Rumors are bound to be flying around the harbor.”

Abraham removed his light woolen cloak and prepared to step into his office. “I'm sure we'll learn the reason for their presence soon enough.” His businesslike tone belied the undercurrent of fear that had made his pulse race since first catching sight of the warships.

Throughout the morning he kept an eye on the two ships, periodically thinking of an excuse to leave the warehouse and go outside to observe the noisy departure of the troops. The sound of their heavy hobnailed boots striking the wooden deck echoed loudly over the water, and the sun glinted off their spears. Abraham easily picked out the centurions by their distinctive red-plumed helmets.

The First Cohort was marching northward, toward the outskirts of the city, he noted. Abraham recalled his argument that morning with his son Jacob, and could not help wondering if the soldiers' arrival had anything to do with Jacob's recent preaching. Abraham agreed with his son's bold stand against emperor worship, but he had begged Jacob to temper his righteous zeal with a healthy dose of discretion; such visibility could have serious consequences.

If the authorities had wanted to arrest Jacob, they would have done so by now, Abraham reasoned, and it certainly would not require an entire cohort of Roman force. Yet he could not completely shake off an ominous feeling.

By late morning Abraham had rearranged the shipping manifests. The
Aurelia
, the oldest and largest of his cargo ships, had still not made port, and with the shipping season ending in a few weeks, and with his warehouse still holding a surplus of goods, he was redirecting some of the merchandise designated for the
Aurelia
to other ships.

He gave orders to load the
Valeria
, then went out to the dock and watched as the muscular stevedores braced a sturdy plank against the ship and began rolling heavy barrels of Cappadocian wine up the steep incline. After a few minutes, Abraham retired to his office.

So much work to be done, and Jacob wants to leave on a ministry
trip with the Apostle rather than take care of businessâthe business he'll
inherit one day,
he complained silently.

At age fifty, Abraham had begun to think about the future of his shipping empire. He was in excellent health, a huge bear of a man, and intended to stay active as long as God gave him breath, but he knew there would come a day when diminishing strength would require him to relinquish control.

Who would take the helm then? Abraham had always assumed one of his sons would be his successor. But he doubted now that either of his twin boysâyoung men, actually; they were almost nineteenâ would ever take control of his enterprises. Peter, quite simply, did not have the aptitude and Jacob, who did, lacked the inclination.

The only one of his four children who had shown both an interest in and aptitude for running the shipping business was Abraham's oldest child, twenty-four-year-old Naomi. But that was out of the question. Women did not run worldwide enterprises, they ran households.

Had Crispin lived, I would gladly have turned over the business to
him,
Abraham mused. His late son-in-law had been a great help to him, and Abraham still missed him. He also missed Crispin's ability to keep Naomi's spitfire under control. Her quick temper and iron determination tended to run rampant over lesser mortalsâwhich, in her mind, comprised the rest of the world. Abraham had been trying to find a second husband for his daughter, but she had rejected every prospect he had presentedâthey were all too old, too poor, too stupid, too weak.

Reflecting on Naomi's stubborn opposition reminded Abraham that he had promised his wife, Elizabeth, to speak to the young suitor of his other daughter, Rebecca.
My baby,
he thought.
Still so
young and vulnerable.
Yet at seventeen, she had reached the age when most girls were married.

Abraham sighed. The few minutes he had spent worrying about his family were more mentally exhausting than the hours of inventorying merchandise and recalculating cargo space. Marriage partners for two daughters. Career plans for two sons. And Roman troops arriving for God only knew what purpose.

God knows why they're here,
he suddenly realized. Abraham chided himself for taking so long to think about God in the situation. He propped his forehead on the palms of his hands, his elbows resting on the tall writing desk where he stood, closed his eyes, and began to pray silently.

“I see you are deep in thought, old friend.”

The booming voice startled Abraham out of his meditation. “Publius, forgive me. I did not hear you enter.” Abraham turned and the two men clasped hands.

“I did not intend to surprise you, but the noise of your commerce has drowned out my plodding footstepsâa considerable accomplishment.” Publius waved in the direction of the loading dock as he smiled broadly, his heavy jowls jiggling with the movement of his face. At least as heavy as Abraham, Publius did not enjoy his friend's height, and over the years his waistline had expanded until his belt had disappeared into his tunic.

“No need to ask you how business is going,” Publius said. “It appears to be thriving.”

“I've been very fortunate to have another profitable year.”

“The gods have blessed you, my friend. Especially Fortuna. And perhaps Neptune, the god of the sea.”

Abraham smiled at the lighthearted challenge. “Ordinarily I would debate the divine source of my good fortune with you, Publius, but I doubt that is why you have paid me the honor of a visit.”

The two men had often engaged in a good-natured argument over the Roman pantheon of gods and goddesses. Abraham knew that Publius believed in none of them; however, Publius appreciated the stability the old religious beliefs brought to Rome and paid lip service to the ancient gods to benefit his political career. Abraham had made no secret of his belief in the One True God, but he had long ago given up trying to convert Publius. They had managed to forge a friendship in spite of their disagreement on spiritual matters.

“What brings you to the harbor?” Abraham asked. Seeing the smile on Publius's face vanish, he added, “Is this an official visit?”

Publius shook his head, setting his heavy cheeks in motion again. “No, merely a courtesy call on an old and cherished friend to, uh . . .” He paused and sighed, looking decidedly uncomfortable.

“To deliver a warning, perhaps?” It occurred to Abraham that the arrival of the Roman warships and the unexpected visit from his prominent political friend could be related.

“I delivered the warning months ago, Abraham, after the incident at the temple. I told you then that the
concilium
was very upset at the threat to public order. The council members voted to include the political disturbance in its annual report to Romeâ”