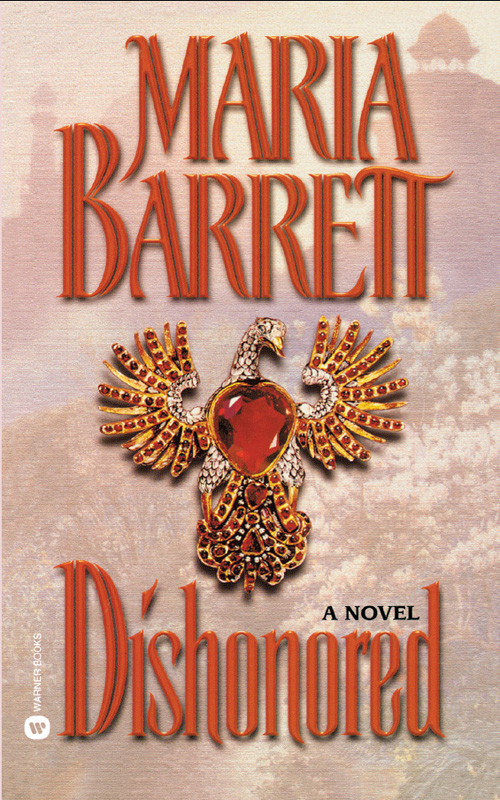 “Chilling.… A touching tale that readers may have a hard time putting down.”

“Well written and easy to read.”

This book is a work of fiction. Names, characters, places, and incidents are either the product of the author’s imagination
or are used fictitiously, and any resemblance to actual persons, living or dead, events, or locales is coincidental.

For my mother, Maureen.

With love and thanks for a lifetime of inspiration.

This book was probably the most difficult I have written, not alas, because of intellectual content but because of the arrival
of one small member of our family who somehow managed to turn life upside down. No problem I thought, imagining the baby to
come, I can sit it quietly in the corner of my study and it’ll play with some educational toy while I trot out a couple of
thousand words. Easy. No sweat. Ha! Big shock. Our son, a wonderful mix of unbelievable energy, mischief and joy, has never,
not once, sat quietly since the day he arrived. Result, nine months of frantic, confused, muddled work in the bin and
Dishonored
rewritten, from scratch, five months late and completed (Lord knows how) in record time.

Because of this, I owe a great deal of thanks to the people who looked after William with such love and care. I found it was
only possible for me to write properly when I knew he was happy and content, so a huge thank you to Toi Hill, Mum, June and
Pat and our “wonder nanny” and friend Vanessa Buckland. Also thanks to Alison Baron whose help was brief but nevertheless
important.

I owe enormous thanks to June Barrett for her help with my research, answering even the most seemingly stupid questions about
life in India in the sixties and for organizing lunches with Indian contacts, importantly, Revati Kapoor and Chandra Vati
Rajwade who corrected many of my cultural mistakes. Thank you to Dr. Alan Taylor for his memories of his work in a leprosy
colony in Pakistan, to Alison L. de L. in Newcastle for use of the university library for research and to Professor Pugh for
his help and reading list. Finally, my thanks to Barbara Boote for her patience with my late manuscript and her confidence,
Helen Anderson, who edits so well, my agent Mic Cheetham, who somehow always managed to call at the right moment with the
right amount of encouragement and Jules for his equanimity, love and support.

C
OLONEL
R
EGINALD
M
ILLS STRODE THROUGH THE GARDEN,
brushing aside the drooping branch of a jacaranda tree, and up the steps on to the verandah of his bungalow. He shouted out
to his servant, squatting in the shade by the door. A stout, middle-aged man, he was sweating in the midday heat and his temper
was up.

“Bearer! Where the devil are you? Bearer!” The servant scurried into view and bowed very low. “Ah there you are! ‘Bout time!”
The colonel took off his hat, handed it across without looking at the Indian and began unbuckling his belt. “Is the Memsahib
resting?”

He turned toward the house. “Bring me a whisky soda.” Handing over his jacket, he walked into the cool of the bungalow, the
head bearer following two paces behind. “And tell Khansama we’ll be in late for dinner tonight!” He swore under his breath.
“Fraternizing with the natives, it’s too damn much!” And blotting his damp moustache on a clean, starched white handkerchief,
he made his way across to his wife’s bedroom.

“Oh, hello, Reggie.” Alicia Mills shushed away the attentions of the ayah with a brusque hand movement and turned her head
toward the figure of her husband in the doorway. She was sitting at the dressing table in her chemise and loosened corset,
her thick blond hair only half unfastened, a few strands of it heavy on her shoulders. She turned back to her reflection.
The colonel looked at her for a moment, the flushed youth of her skin in the hot afternoon, and felt the sudden need of her.

“You can go,” he said over his shoulder to the ayah as he walked toward his wife. Alicia caught his eye in the glass and a
small smile crossed her lips.

“Damn wretched party tonight,” he said as he stood behind her and finished unpinning her hair. He rested his hands on her
shoulders, again caught by the fresh dewy quality of her skin, and looked at her face in the mirror.

“The commanding officer’s duty, darling,” she reminded him. She moved her hand up to his and eased it down to the swell of
her bosom under the chemise. Alicia Mills had married well, she was proud of her wealth and position and Reggie was really
quite sweet, so long as she kept him that way. “It won’t be all that bad…” she murmured as he bent to kiss her neck.
“It does well to keep in with these people…” She tilted her chin up so that he could nuzzle the hollow of it. “I think
it’s rather exciting… he’s the maharajah’s jeweler you said…?”

The colonel stopped what he was doing. “He’s a bally darkie, Alicia! Remember that!” His nostrils flared and the muscle in
his left cheek twitched momentarily. Stiffening, he moved away. Colonel Reginald Mills had been in India too long; as far
as he was concerned, it was them and us.

Alicia swiveled around on her stool. “Oh Reggie, don’t be so short…” She unfastened the tiny mother-of-pearl buttons
on her chemise, letting it fall open over the very pale skin of her breast. “Come back here…” she said quietly. She saw
his face relax slightly and she smiled. “You’ll feel better after a lie down.” Standing, in just her petticoats and corset,
she closed on him and put her hand up to his face, trailing her finger along the line of his luxurious whiskers. “Much, much
better,” she finished, and, walking across to the bed, she parted the mosquito nets and lay down ready for him.

The Colonel gritted his teeth, panting hard. “Go away!” he snarled. Alicia moaned.

“Colonel Sahib! Please come, Colonel Sahib!” The knocking had stopped and the bearer had his ear to the door, listening for
sounds of the Sahib.

“Go… away…” The colonel gripped the sheet by Alicia’s shoulder. His breathing quickened.

“Ah, damn it!” Reginald flicked his eyes open. “What the hell…”

“Reggie darling!” Alicia dragged her gaze away from the wall at the sound of her husband’s swearing and focused on his damp
red face above her. She brought her mind back to the present. “What is…?”

The colonel sat up. “Damn people! Can’t get a minute’s peace!” He glanced down at Alicia, half naked on the bed. “I’m sorry,”
he muttered, yanking his breeches up from around his thighs.

She waved her hand to dismiss his apology and reached for the sheet. She was peckish anyway, she could do with tea.

“I’ll have to go and see what’s…” The colonel had tucked his shirt in and was pulling on his braces. “I’m coming, bearer!”
he shouted as the knocking on the door started again. He strode toward the door and moments later had left the room. Alicia
rang for tea.

“What the devil is all this about…?” The bearer cowered, his head bent and his palms folded together in the Hindu way.
“Please, Colonel Sahib…” he hissed, “the secretary sahib for His Majesty the Maharajah is here… please, Colonel
Sahib, he is outside, please…”

Colonel Mills swiped his right hand across the bent head of his servant. “I never see anyone in the afternoon! You know that!”

The bearer looked up, pleading, “But Colonel Sahib… the secretary sahib to the maharajah! Please, you must come!”

Colonel Mills closed his eyes for a second. The heat of the afternoon had begun to close in and his head ached. He wanted
to be lying down inside in the cool, not sweating outside with a bloody native! He held tightly on to his temper, his face
reddening, and snarled at the bearer, “Where is he?”

“Get my jacket and boots.” Colonel Mills had no intention of inviting an Indian into his bungalow. He would see the chap on
the verandah and nowhere else. “And hurry up!”

The bearer scurried off and returned almost immediately. The colonel pulled on his coat and sat ready to be assisted with
his boots. Minutes later he stood again, smoothed his fingers over the tips of his moustache, and walked out toward the verandah.

“Colonel Mills,” An elderly Indian dressed in dark gray silk
sherwani
and
churidar
pajamas folded his palms and bowed his head. “Good afternoon to you, sir. His Royal Highness the Maharajah sends you his
good wishes.”

The colonel nodded in reply. He refused to acknowledge Indian royalty; they were all natives to him. Insolently leaning back
against the wall of the bungalow, the searing heat enveloped him and he shut his eyes for a moment. “What is it?” he demanded,
not even looking at Nanda. “You have a message from the maharajah?”