He didn't realize it was money.

"We've been here for two days and now we're almost out of money. Well done, duck." 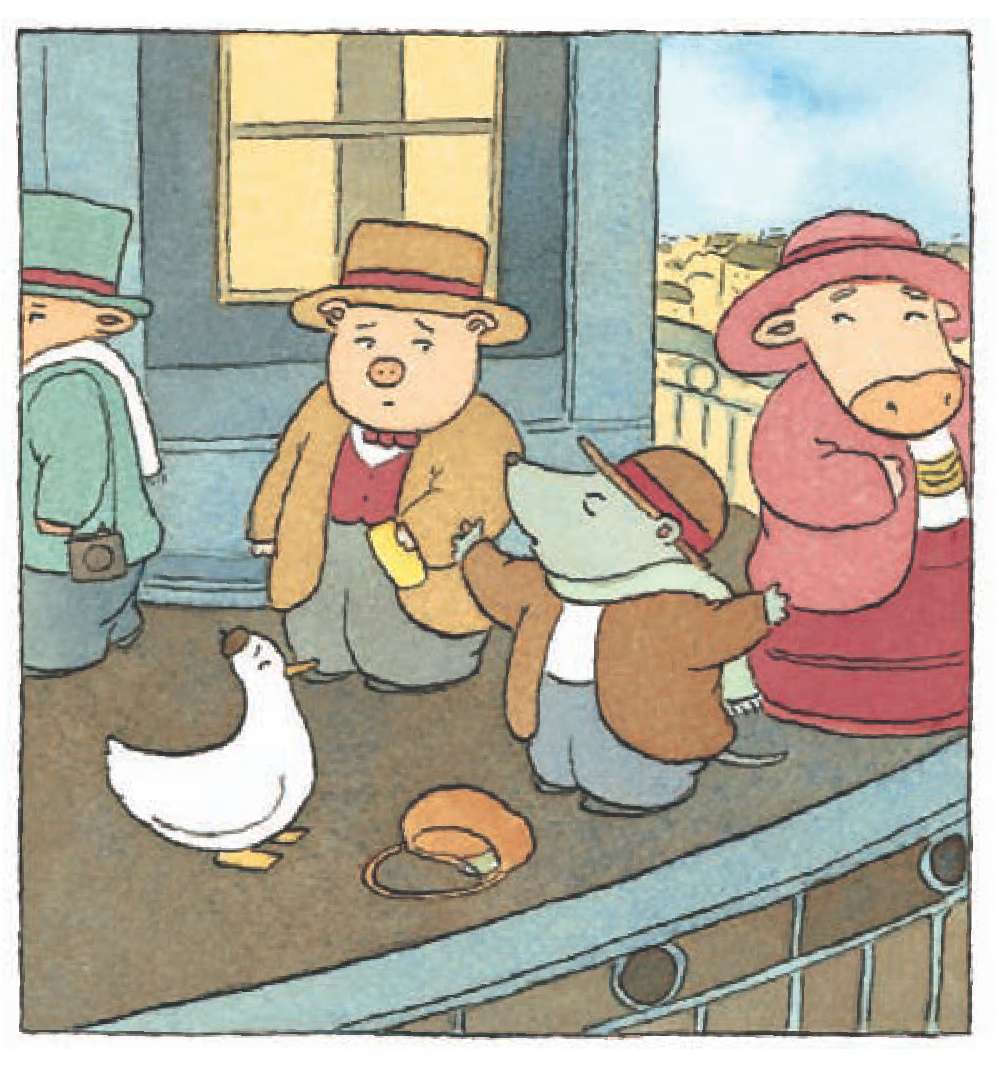 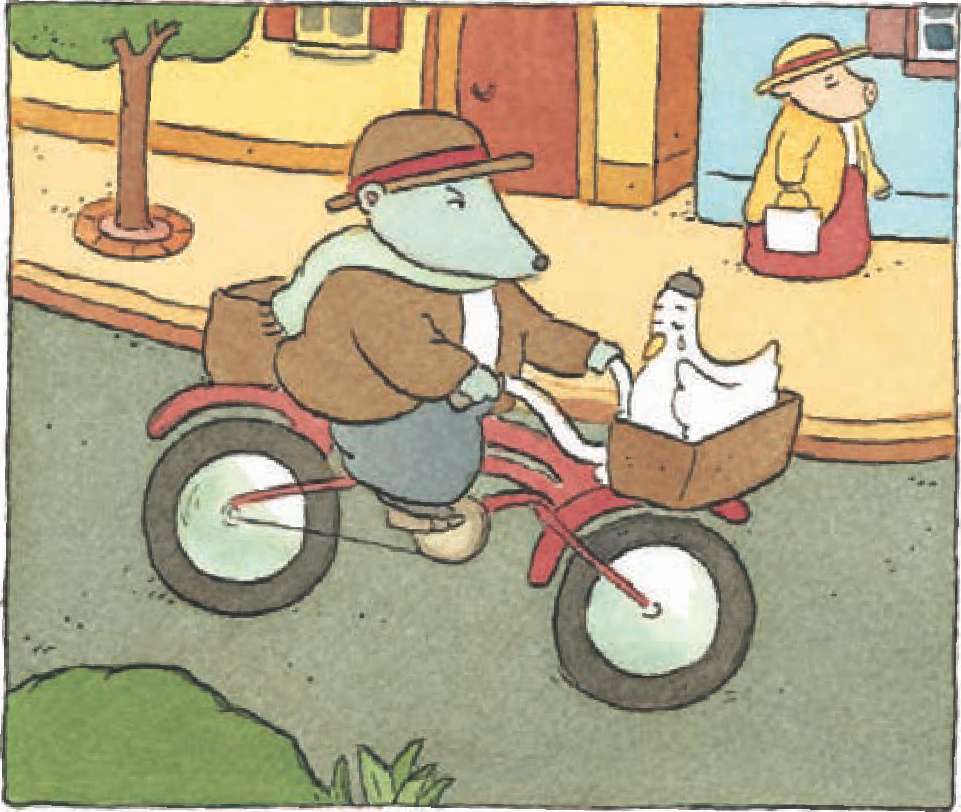 Dodsworth and the duck pedaled down the street.

He scowled at the duck.

A tear fell onto the duck's beak. 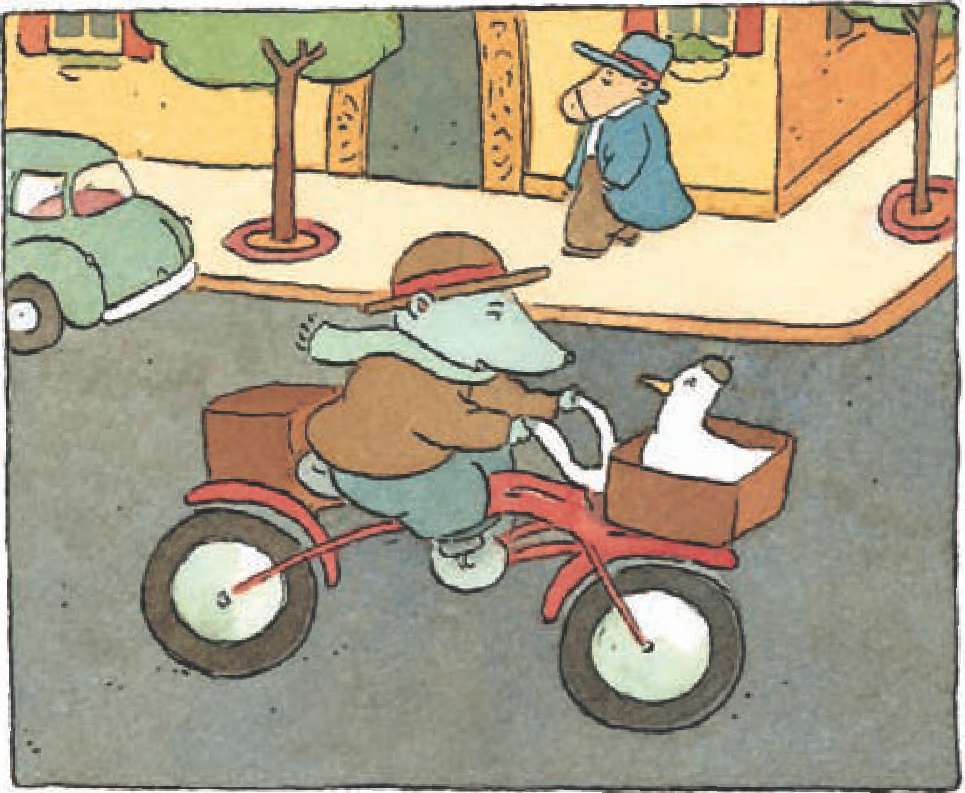 Dodsworth felt bad that he had yelled at him.

He just had something in his eye for a second.

"We could use a bit more money, though," said Dodsworth.

Just then, they saw a sign in a bakery window. It said
BREAD DELIVERY JOB.

"Well, there we have it," said Dodsworth.

They went inside and got the job. 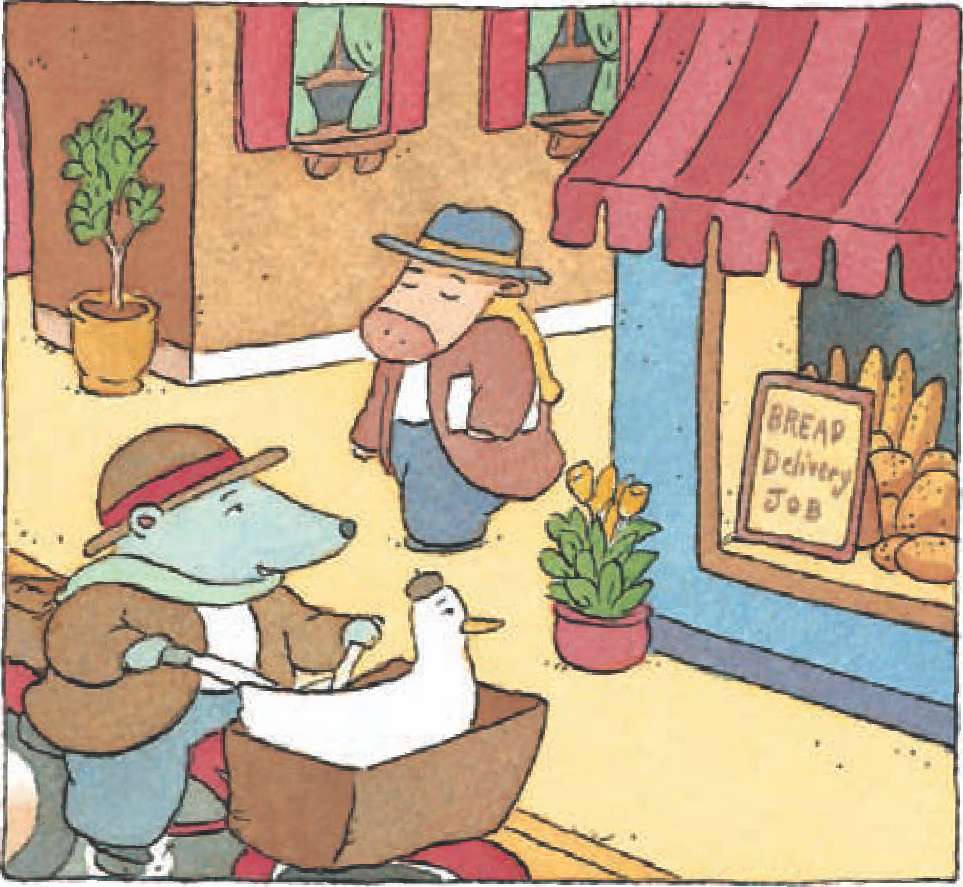 Moments later, they were riding all around Paris, delivering bread.

They rode over the Seine River and along the beautiful cobblestone streets of the great city.

Dodsworth and the duck were never happier. 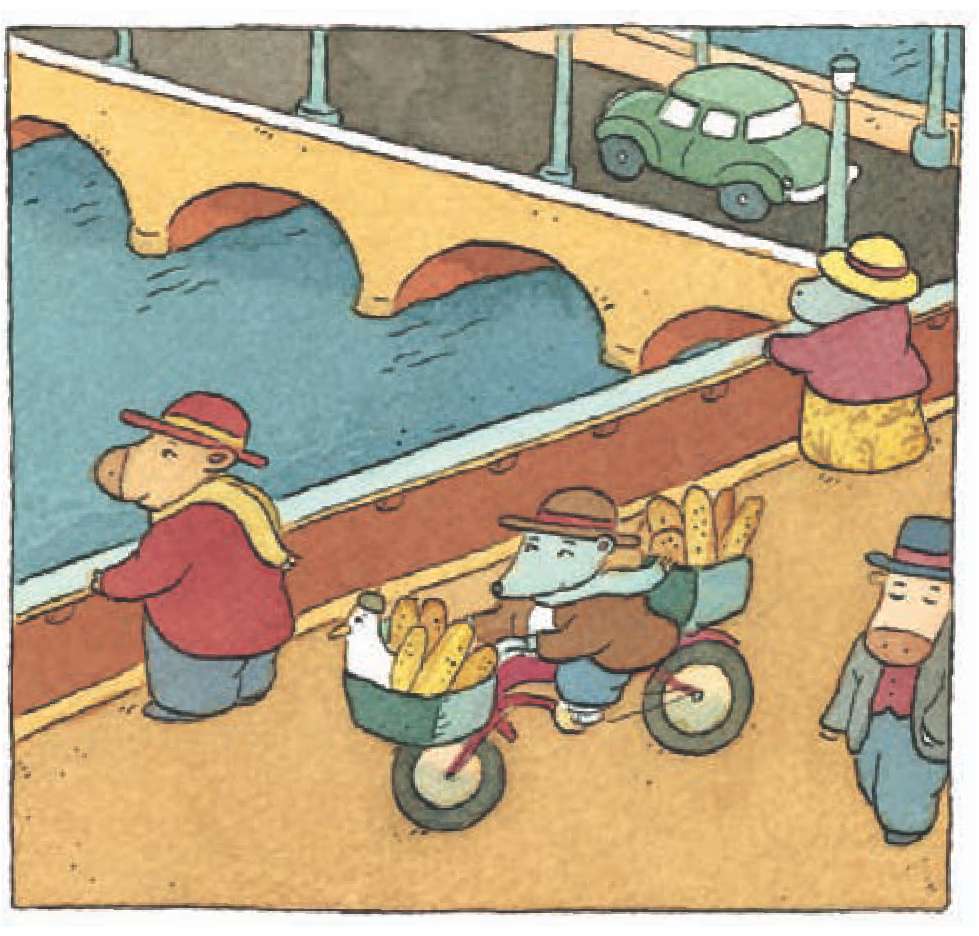 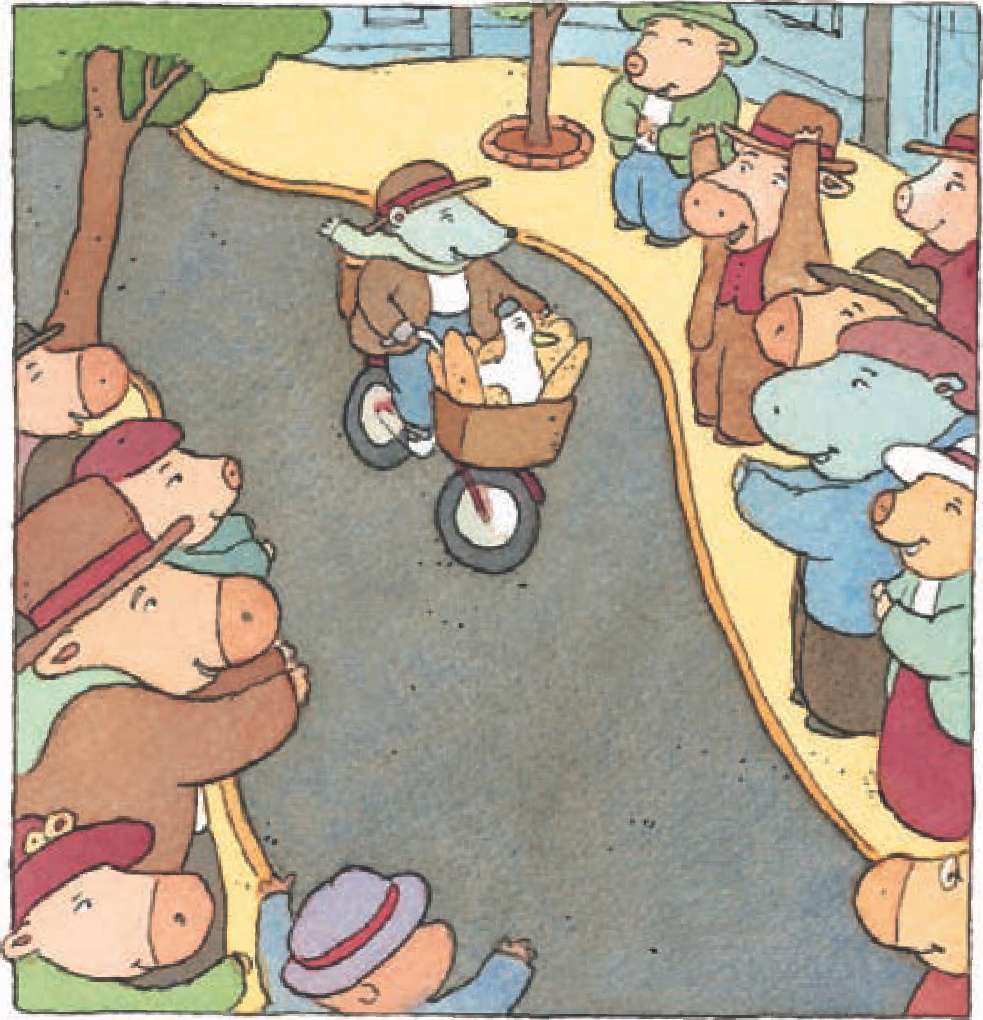 They turned a corner and rode over a hill.

Many folks were cheering on the sidewalks.

They cheered and cheered as Dodsworth and the duck rode by.

"It's such a friendly place," said Dodsworth. 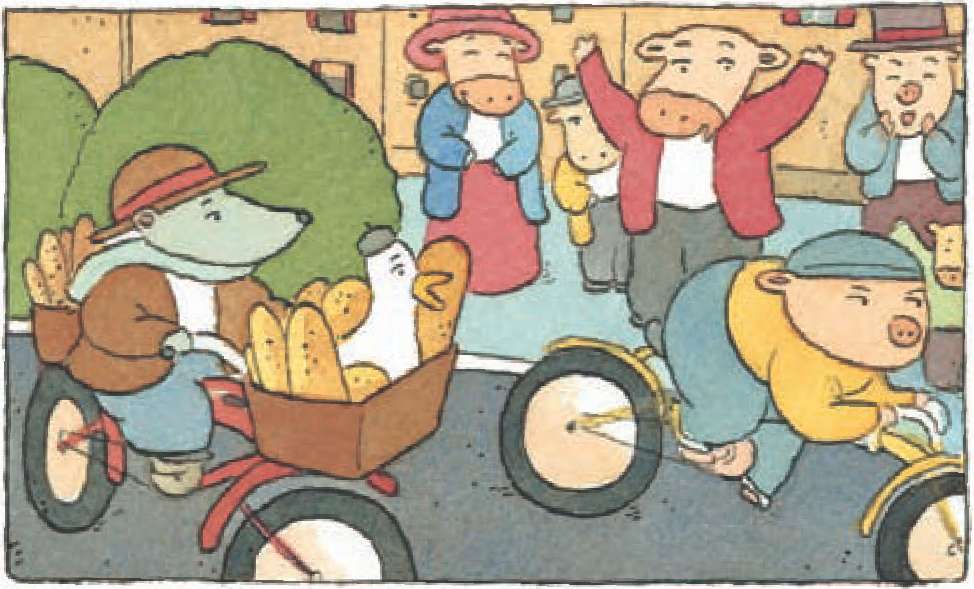 Suddenly, another bicycle came speeding by. 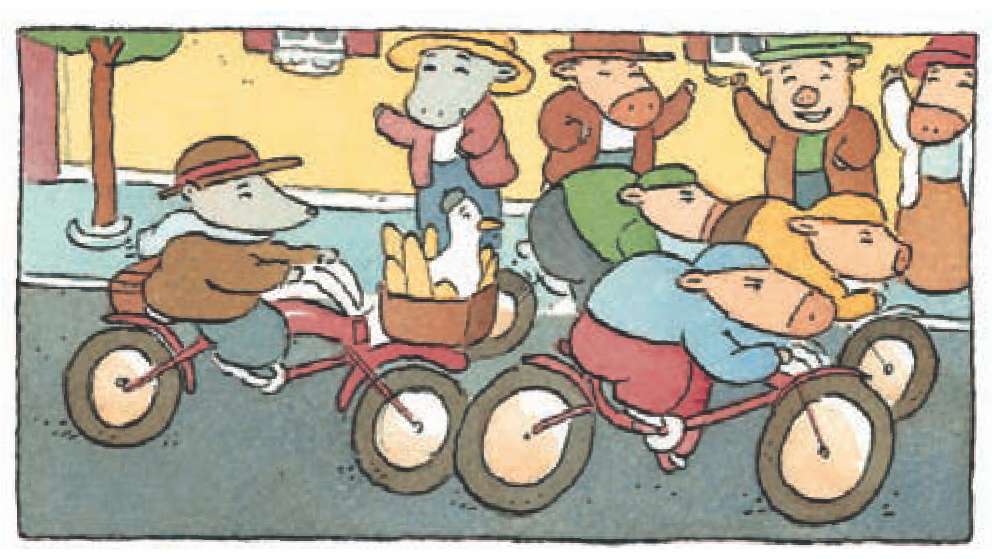 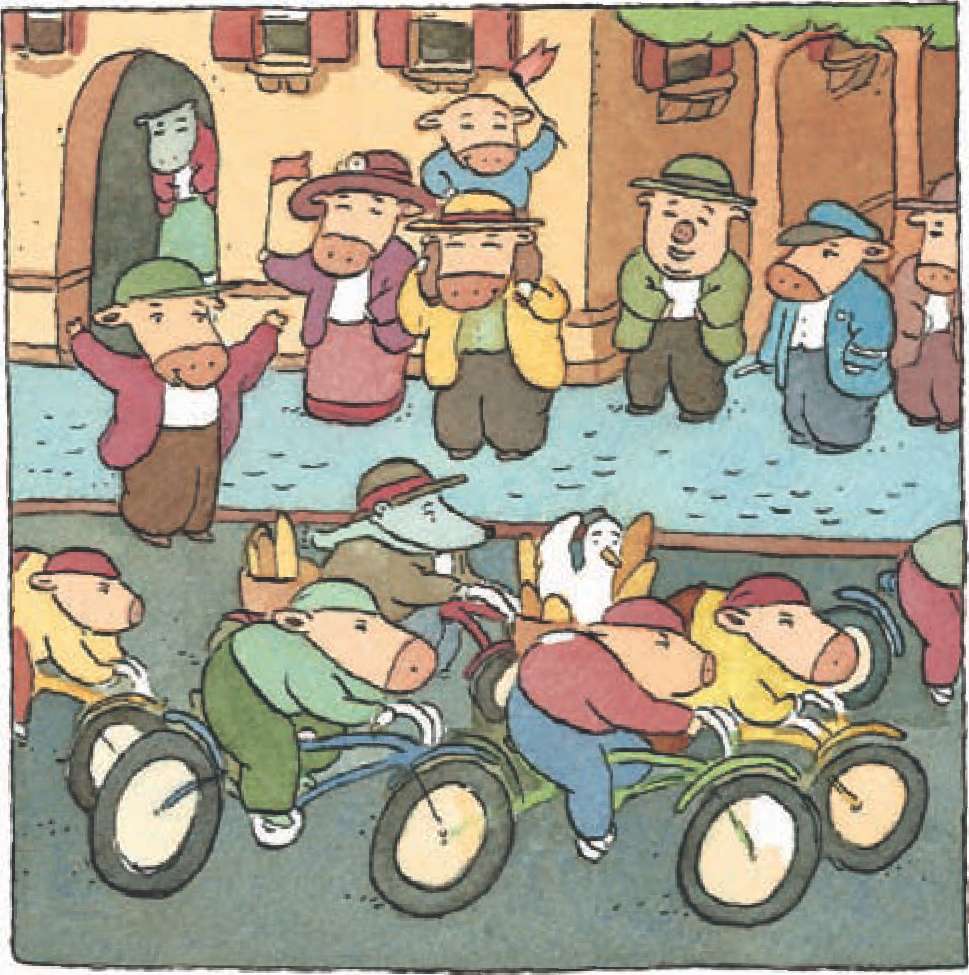 Soon, hundreds of bicycles were all around.

They were in the Tour de France!

Dodsworth pedaled as fast as he could.

The duck held on to his acorn cap.

They came to a turn.

Dodsworth tried to steer as best he could.

It wasn't quite good enough.

Their bicycle crashed into a hedge of bushes. 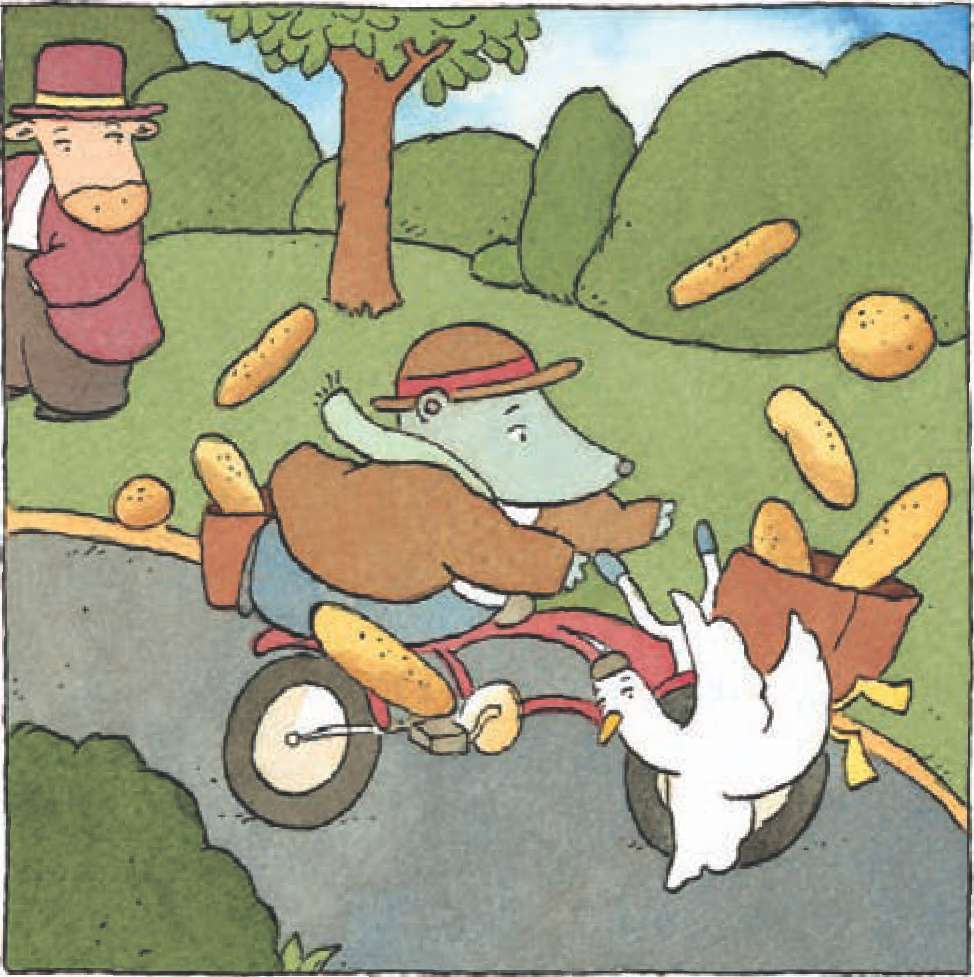 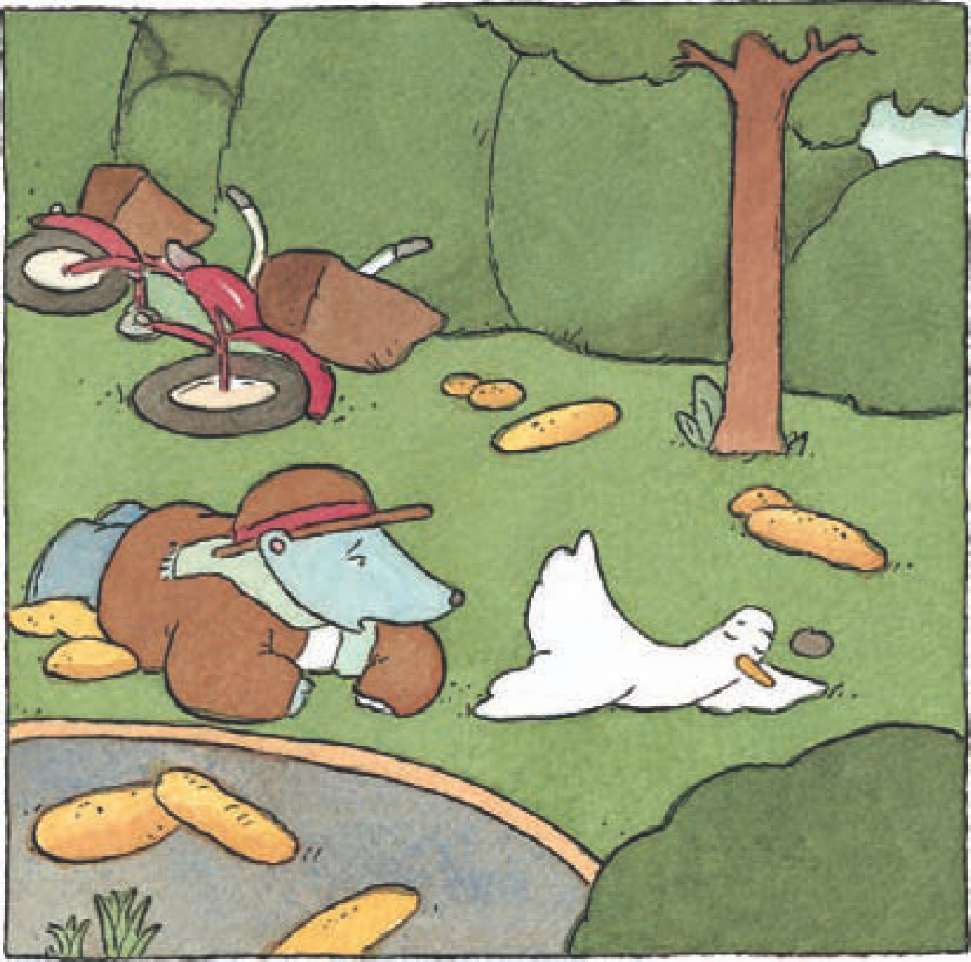 Dodsworth was okay but the duck wasn't moving.

"Duck?" said Dodsworth. "Are you all right?"

The duck just lay there.

The duck opened one eye. 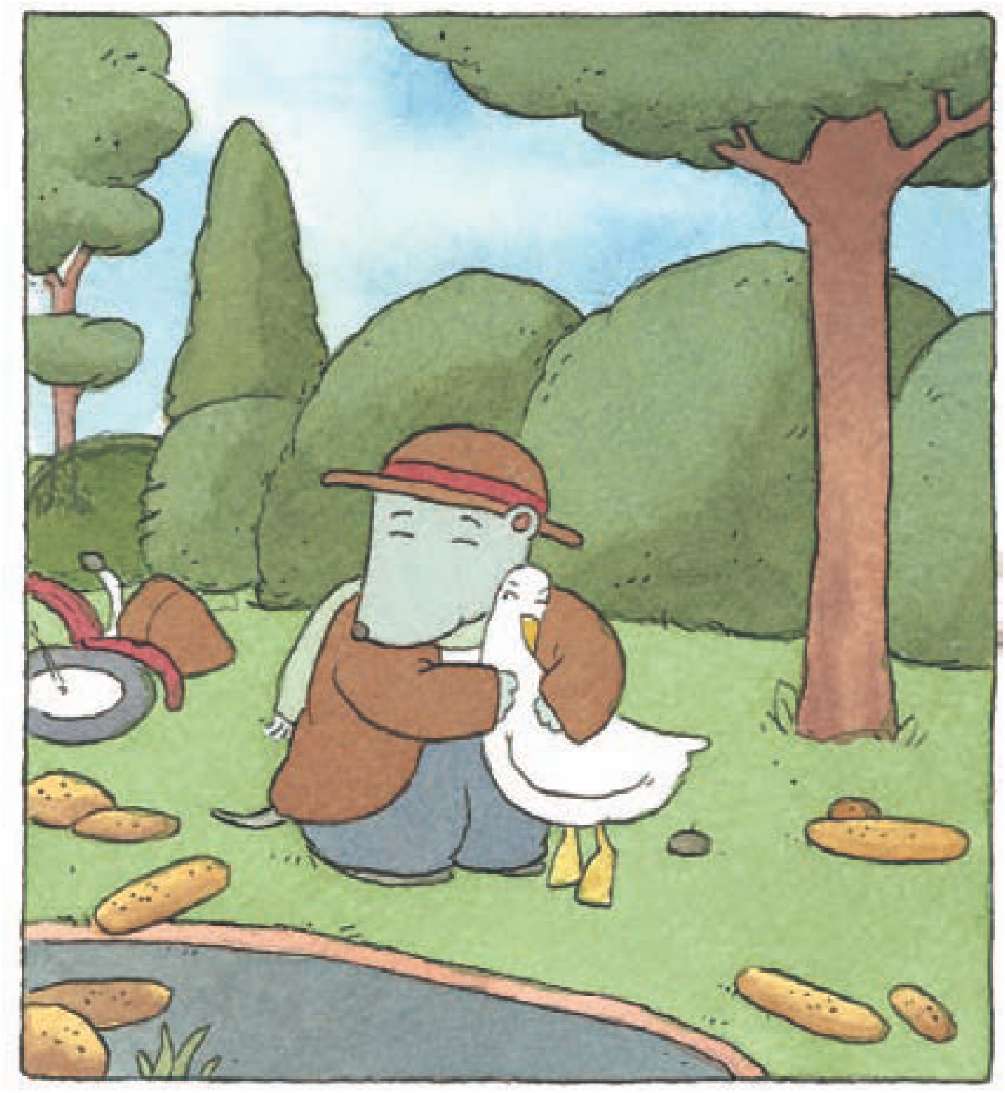