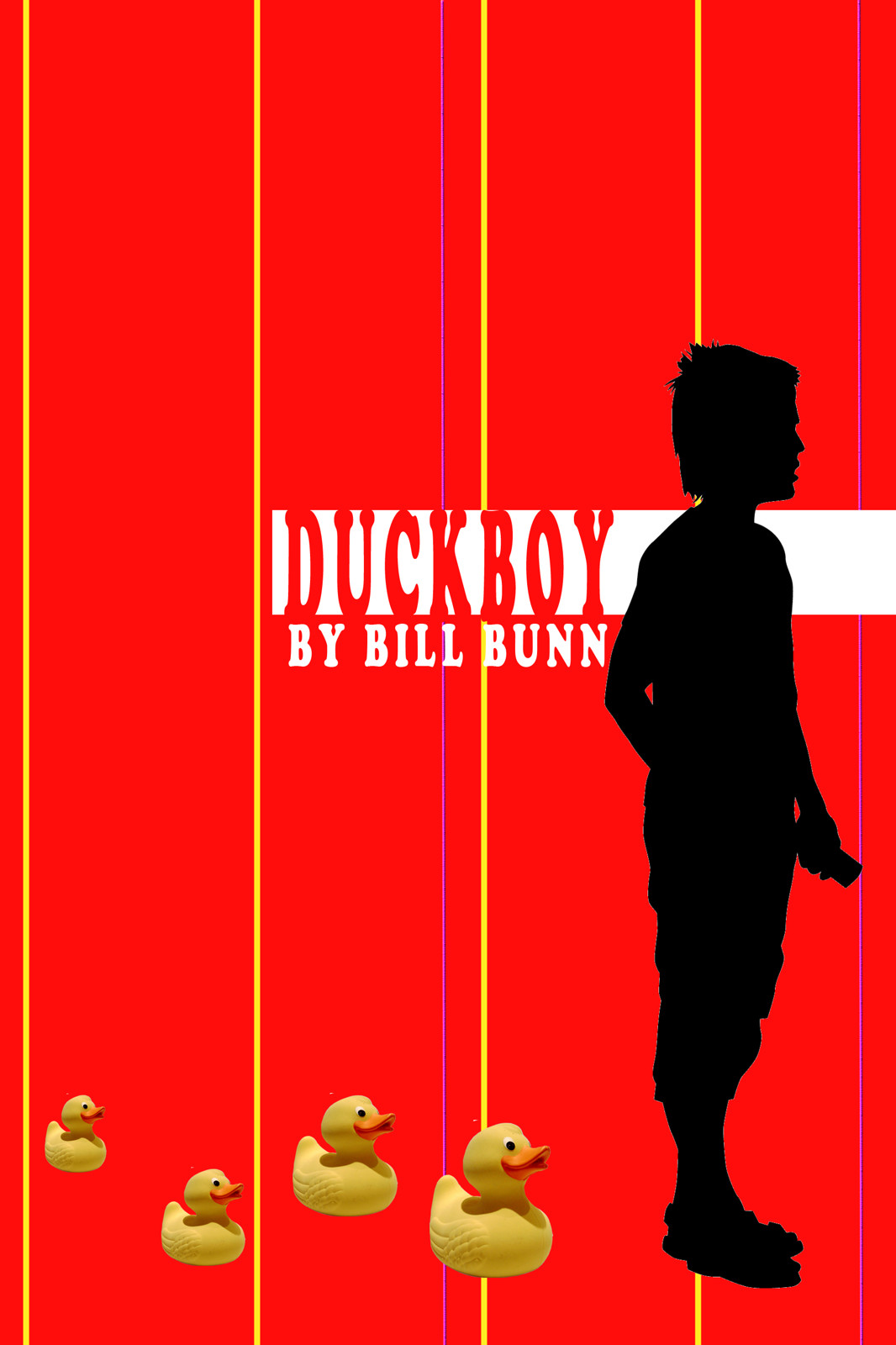 To my wife, who is life, my children, who are inspiration. Special thanks to Ken Rivard, Brad Quiring, and Diana Patterson.

Whatever you can do in a dream
Or on your mind-canvas
My hands can pull—alive—from my coat pocket.
—Hafiz, “Imagination Does Not Exist,” from
The Gift
(translated by Daniel Ladinsky)

Disclaimer:
This is a work of fiction. All resemblance to real persons or events is purely coincidental.

It was surprising how average the night seemed, considering Steve Best’s mom
was about to disappear forever.

Steve lay on his bed, watching a cartoon on his iPod, trying to put himself
in a better mood after a rousing fight with his mom.

I need to apologize.

“Helllpppp!” Her shriek splintered the silence. Had she been stabbed? The
terror in her voice made his skin crawl. The gap at the bottom of his bedroom
door pulsed with light.

A loud smash on the hardwood floor followed by a softer thump, and the line
of radiation snapped into a black silence.

“Mom?” Steve shouted. “Are you all right?” He felt for his night stand and
set down his iPod. “Mom?”

Standing, he groped for the door and knuckled the bedroom light on. He
opened his door into the black of the living room. He skulked across the floor
to the far wall. He could hear his dad fumbling in their bedroom.

Steve’s fingers found the plastic bank of switches and flipped them on.

His dad jerked through the door, blinking as his eyes adjusted to the light.
A zombie. Hair a wild, balding nest perched on his head.

“What’s going on?” he demanded, one hand shading his eyes from the light.

In front of them both, Mom’s yellow overstuffed leather chair. The chair’s
right arm gashed with four lines made by her fingernails. Clawmarks. A brown pond of coffee on the floor, its edges
creeping into a widening circle. A ruffled notebook seemed to float in the middle
of the pond, soaking in the coffee, surrounded by the shark-fin shards of a
shattered mug and smashed coffee table light. Chair empty. No blood.

“What the…?” Steve breathed. The house waited in silence. No footsteps. No
screams. No scuff marks on the hardwood. After a moment, Steve’s dad marched
into the kitchen.

“Did you hurt your mom?” he asked slowly, as he returned with a roll of
paper towels.

“No,” Steve answered, offended. “Of course not. You serious?”

His dad met his stare. “That was a wicked argument. You told her to go jump
in a lake.”

“Dad, I didn’t touch her. I would never. I can’t believe you think I might
have.”

“Susan? Honey? Are you OK? Can you hear me?” Mr. Best returned and hurled
the paper towels towards Steve. “Can you work on that, while I find Mom?”

It was a wicked argument.

Steve began applying patches of paper towel to what was now a brown lake,
and went to fetch a bowl from the kitchen. He could hear his dad plunging into
the basement and through the rest of the house, calling out, “Honey? Susan?
Where are you?”

After hollering through the whole house, Mr. Best returned to the living
room, agitated. “Susan, this isn’t funny any more. Stop it.” His face was wild
with dread.

Steve sopped up the coffee lake, dropping the drenched paper towel into the
bowl.

“Have you seen her?” Dad squeaked.

“You’re not in on this?” Mr. Best yelped, still apparently hoping it was some
kind of weird joke. But he didn’t wait for an answer. He scoured the house
again, searching behind furniture, peering around corners, opening doors,
yelling into rooms.

Finally he seemed to give up, laughing nervously. “Your mom does these things
from time to time,” he attempted, eyes darting around the room.

“You could have done a better job of cleaning up,” he added, suddenly angry.
He tore the towel out of Steve’s hand and knelt over the stain. “Why would she
do this?” he said quietly to himself as he mopped. “Why would she do this?”

Steve winced as he thought of his last words to his mom. His dad probably
heard them. As they reverberated in his mind, he knew they were words that
should never have been spoken. “I wish
you would go away, and never come back.” He sunk his head into his hands
and sighed.

After a nervous clean-up, Mr. Best flopped on the couch next to Steve. He
tapped his foot on the floor, his eyes darting with every little creak and
groan in the house. Every few minutes he’d holler his way through the house
again, then collapse once more.

“Something’s not right.” He bounced suddenly off the couch.

“Sorry, Son. I should call a few of her friends.” He strode to the imitation
antique phone, pulled the earpiece from its cradle, and dialed.

“Chrissy? Doug Best calling. Sorry to call so late. Is Susan over at your
place?” Some muffled squawking. “OK. If she does drop by, could you tell her to
call home?” More squawks. “Thanks. Goodbye.”

He repeated this call at least fifteen times, different numbers and names
but the same outcome.

Steve closed his eyes and tried to imagine a happier ending to the argument
he’d had with his mom.

Dad appeared tormented after the phone calls. “Any ideas?” he asked Steve.
“Did I check the bathrooms?”

He didn’t wait for a reply and swept through the bathrooms. “Nada,” he said
in an outlandishly cheery voice. He returned to the living room, his face contorted
with suffering. Then an anxious smile. “The cars!”

Out the front door, into the night in his PJs and bare feet. Steve could
hear yells through the front door, still wide open, as his dad rummaged through
the yard. Front and back. Then to the garage. A distant crash and a matching set
of obscenities. Mr. Best darted back into the house, slamming the front door.

“Something’s not right. This is not like her,” Dad sputtered, little globes
of saliva spraying as he spoke. Eyes rimmed with red. Lip twitching. “I don’t
know where she went,” he cried.

Steve shook his head. It was official, he was drowning in guilt.

She was gone. And gone she stayed.

Steve stood in a short line at a checkout, staring out the mouth of the
store at the banks of outlet shops and the empty corridors festooned with fountains.
And, of course, the faces. He always checked faces. The elderly man in line ahead
of him, the woman selecting headphones from the wall behind him.

“Have a nice day,” the clerk said to the man, her smile as plastic as the
bag she handed him. The old man clasped the bag with tremulous, aged fingers
and headed out aimlessly towards one of the fountains, allowing Steve to step
forward with a new iPhone.

A woman browsed a display of cards set out on the tiled corridor at the
front entrance.

“No way,” Steve stammered to himself.

He forced his eyes into a slow blink, to cleanse his vision. And gawped
again.

“Mom?” His heartbeat sounded like a drum in his ear. She continued to strum through
the rack of cards. A few purchases dangled in bags from her left hand.

“How would you like to pay for your phone, sir?” droned the cashier. Steve
meant to set the phone package on the counter, but he couldn’t stop staring at
the woman. The phone slipped from his grasp and bashed on the floor. His wallet
flapped open in his other hand, as though he held a bird by its wing.

“Mom? Mom? Is that you?” Steve yelled, a kind of sick, sticky thrill rising
in his throat. The woman turned to Steve. “Mom?” he repeated. Her eyes opened
in horror as the recognition burned home.

“Um…ah.” Words stalled. Crimson blazed on her cheeks. She flung her
purchases and bolted.

The old man was still at the fountain, mesmerized by the fountain’s jets.
The woman hit him square in the back with enough force that he toppled into the
water, full of spare change. Steve began to move towards the fountain.

“Sir, your phone is on the floor,” the cashier huffed. Steve’s open wallet
dropped to the floor a few feet away from the iPhone.

His mom had a head start, already slaloming through the food court tables.
He chased, but his legs refused to work quickly. “Mom…Mom,” he screamed down
the mall. “Why did you do it? Just tell me why you left.”

In an instant, the mall was awash with a sea of people. Steve bumped his way
through the crowd.

By the time he arrived at the food court’s tables, his mother was slamming
through the mall doors to the parking lot. Steve felt a familiar lump crush his
throat. He ran to the doors and yelled at the tiny sprinting figure. “You don’t
have to come home if you don’t want to.”