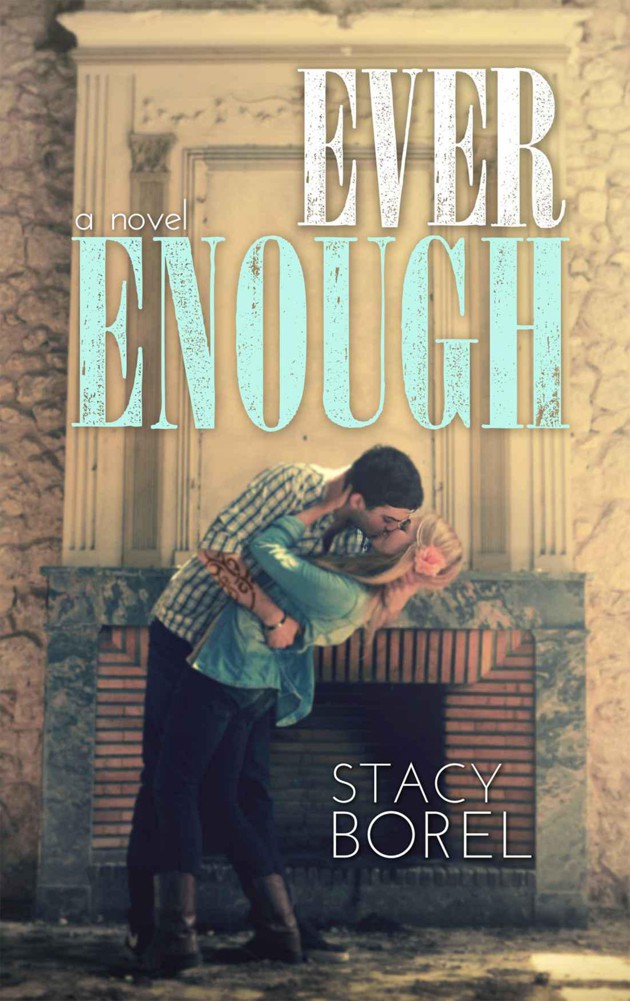 This is a work of fiction. Names, characters, places and incidents are the product of the author’s imagination or are used fictitiously, and any resemblance to any actual persons, living or dead, events, or locales is entirely coincidental.

The author acknowledges the trademarked status and trademark owners of various products referenced in this work of fiction, which have been used without permission. The publication/use of these trademarks is not authorized, associated with, or sponsored by the trademark owner.

I was busy packing a small suitcase for my weekend trip back home when my cell phone rang from my bedside table. I knew right away who it was. Grinning, I picked up the phone and without saying hello first I heard, “Bitch, you better have your bags packed and your adorable little ass in your fancy car and on your way to the airport.” My best friend Harper was clearly nervous I was going to bail on her and come up with some last minute excuse not to make the flight back to Mountain Home, Idaho.

I hadn’t been home in almost eight years, and with good reason. However, it had come to Harper’s attention that our ten year class reunion was taking place that weekend. I think she purposely waited until the last minute to beg me to come just so she wouldn’t have to drag me kicking and screaming. This was something she knew I would have avoided at all costs, but Harper lived for these sort things. Sadist that she was, I think she just wanted to go and see just how horrible her old enemies might look and to let them see how incredibly hot she’d become. Harper went through a gangly phase in high school; braces, short choppy hair, no breasts, and secondhand clothing. She’d since blossomed into a stunning woman. Five foot eight—with legs for days—a perpetual tan, dark brown hair that fell to the middle of her back, and green eyes. Guys constantly followed her around like love sick puppies. She claimed it made her nuts but I knew she loved the attention. Harper worked as a Realtor and has owned her own company for five years. It took her some time after high school to figure out what she wanted to do with her life, but when she decided she went after it and she was amazing at what she did. Aside from what she believed were her short comings, she was fiercely loyal, funny, confident, and a total badass.

She’d been my best friend since we were in seventh grade, and I first moved to Mountain Home. I was the new kid in town—my Dad had gotten a new job at a small law firm in the next town over—and starting at a new school was terrifying to me. I didn’t like to stand out. I’d much rather blend in and go about my life without notice. I’d always felt I was an average looking person. Quite short at five foot two, my hair was a very light brown/dark blonde, wavy, and over halfway down my back. I wasn’t super skinny but I did think I had curves in all the right places. I’m not ashamed to admit that my pale blue eyes are my best feature. They have a dark blue ring around the outside of the iris making the lighter color inside stand out in stark contrast. Because I was so short, I can remember walking around the school and not being able to see over the other kids in the hallway. I was lost, unaware of my surroundings, and might as well been blind on my first day. Harper saw me looking totally confused and took me under her wing. We’d been inseparable ever since.

Anyway, no matter how badly I wanted to say a big ‘no thank you’ to seeing people that I couldn’t care less about, I just couldn’t say no to Harper. It wasn’t just me either; it was a well-known fact that saying no to Harper was damn near impossible. She was a force of nature and there was no reasoning with her, which I thought made us a good pair. I was incredibly shy and had a hard time speaking my mind, whereas she let you know exactly where she stood. She’d helped me come out of my shell a lot through the years. I knew Harper needed me to go to the reunion. It was her opportunity to show all the haters and doubters in high school that she had made it. Of course knowing Harper, the language would be a little harsher coming out of her mouth.

“Yes yes, I’m almost done packing. My flight takes off at three and I’ll be landing in Boise at five. I’ll get a rental and go to my parent’s house and text you when I get in. I’m assuming you’re coming over so we can go out?” I asked, throwing a pair of sunglasses into my purse, and tucking my cell phone charger into the front pocket of my suitcase. I knew Harper was going to ream me when she got a load of my clothes from Target and Wal-Mart. She thought because my husband Weston was a big shot lawyer in Chicago, I should take advantage of our wealth and shop at all the big stores that run along the Magnificent Mile. You would think, after knowing me for fifteen years, she would realize that the money meant nothing to me. Quite frankly, I’d rather give up the money if it meant being able to fix my sad excuse of a marriage.

I could practically hear her bouncing up and down on the other end of the line. “You bet your ass we are! I just got a hot new pair of Gucci stilettos and I’m hoping to see some fresh meat out tonight. I haven’t gotten laid in a week!” I giggled at the horror in her voice. “Don’t laugh. This place has slim pickin’s and quite frankly since Finley and Kyler left, I’ve been stuck with average men; the kind that you take home to meet the family. Fuck you, no thanks! I need someone built, dangerous, who isn’t afraid to pull my hair when he’s fucking me.”

My heartbeat picked up just hearing the name Finley. “You promised me he wasn’t going to be in town for this thing.
Please
tell me that’s still the case? And I by the way, I really don’t need to know
how
you like to fuck.”

“Don’t worry hon,” Harper sighed. “I checked, double checked, and triple checked the roster and he wasn’t on it. The deadline to sign up has come and gone, so I think it’s safe to say
he
won’t be there. And maybe a little hair pulling is just what you need?!”

The possibility of seeing my old high school sweetheart, Finley Morgan, was something I’d like to avoid. Back in high school he broke my heart. Well, actually he didn’t so much break my heart as rip it out of my chest, chew it up and spit it into a ravine. Okay so I was probably being a little melodramatic, but give me a break; he was my first love, and I’d thought we were going to be together forever. I never expected him to leave me the night we graduated. Thinking about that night still made me want to run and throw up in a bush. It’s a memory that I put away somewhere in my mind, and I really didn’t want to dredge it back up; let alone see him.

Willing my heart to slow down, I pushed the memory back away and ignored the last part of her statement. “Okay well, I’m super excited to see you! And as much as I’m
not
willing to go to this thing, it will be nice to see some of our old friends. I swear after marrying Weston I lost touch with just about everyone except you, Mom, and Dad.” I continued to talk to her as I walked out of the massive master suite, through the long hallway, and into the open living room. “Anyway, I need to get off the phone so I can say goodbye to West and head out.”

With a tone of distain Harper said, “Well tell the arrogant prick ‘hello’ for me.”

I hung up the phone, set my suitcase by the front door and walked back into the living room. I hollered out for West but he didn’t answer. As much as I’d love to just leave without telling him goodbye, I wasn’t that kind of wife. I felt like I owed it to Weston to put in some effort. He did
save
me in a way.

After Finley left me on graduation night, I went through a pretty dark time in my life. Without him there I felt lost… like I was missing a deep-rooted piece of myself. I had a hard time functioning with day-to-day tasks, and even the simple things—like the desire to get up and get dressed or shower—were a huge effort. After about three months of me moping around doing nothing but the bare minimum, my Dad sat me down and told me enough was enough and I needed to snap out of it. He offered me a spot at his small law firm, answering phones and doing most of the filing. Any of the partners or paralegals needed errands to be run or lunch orders filled, that was my job. At least having job meant I had to get out of bed every day to take care of myself. Besides, looking back, I don’t think my Dad was ‘asking’. He was pretty worried when even Harper couldn’t even snap me out of my funk.