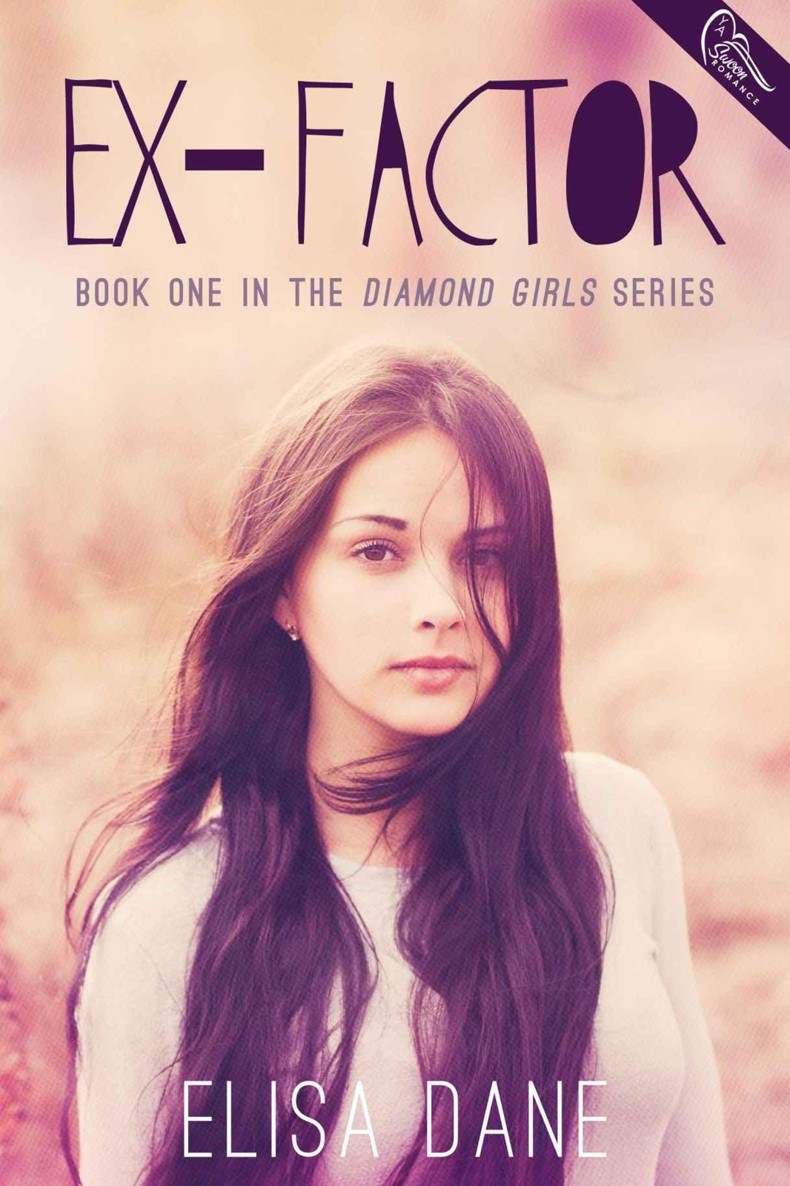 Book 1 in the Diamond Girls Series 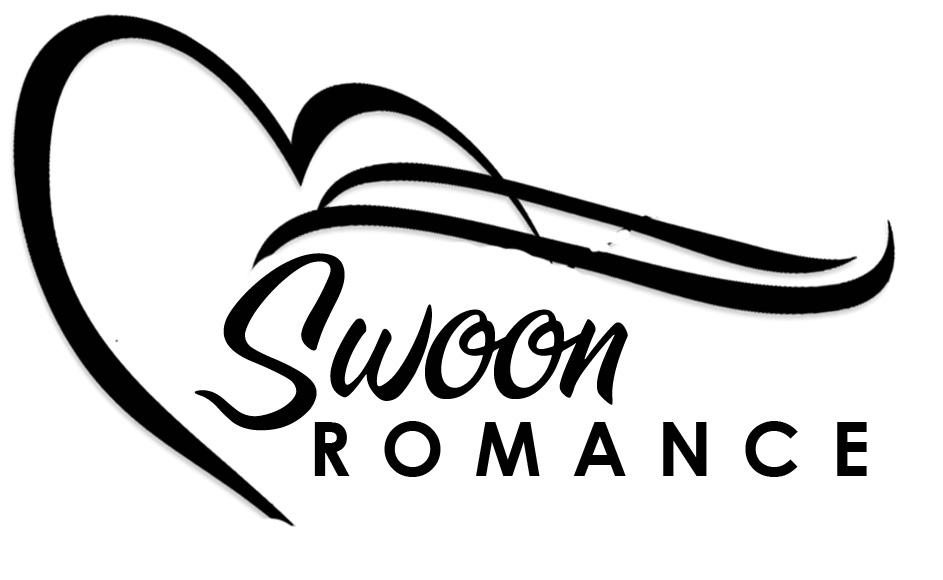 All rights reserved. Published in the United States of America by Swoon Romance. Swoon Romance and its related logo are registered trademarks of Georgia McBride Media Group, LLC.

Cover Photo by Aleshyn Andrei with license by Shutterstock

You inspire me daily.

And you make me laugh until I cry—all the time.

Friends make secrets, but secrets don’t make…
Wait. How does that saying go?
I held my breath as I spied the monstrous gray building in front of me, the hollow ache in my gut doubling in intensity, bitterness coating the back of my tongue. The first day of school sucks ass—big time. The first day at a new school, in a new city where you know all of one person, borders on cruel and unusual punishment. Well-deserved punishment, in my case.

A puff of air blew past my lips as I shook my head. I had a skeleton squatting in my closet, all right. A disgusting, hideous secret that was so bad, so thoroughly heinous, if anyone found out they’d for sure brand me a monster and run in the opposite direction. Which brought me back to the whole “secrets don’t make friends” thing.

The old cliché “life sucks and then you die” niggled at the back of my mind, the constant sadness I battled doing its best to weigh me down. My life had
sucked for a very long time, but I didn’t want anyone thinking I was a drama queen. Even if drama queen moments happened more often than I would have liked. I mean, really, no one liked to be labeled.

Gripping the top of the doorframe, I stepped out of my car, the black rubber lining gritty and rough against my palm. The crisp morning breeze whipped across my face like a gentle caress and cleared the jumbled fog crowding my head.
Here we go.

Heart racing, I sucked in a deep breath hoping to calm myself and ended up gagging instead. A thick cloud of exhaust billowed from the ass-end of the sputtering Pinto pulling into the parking space two slots over. The stink quickly overpowered the scent of fresh-brewed coffee from the little shop across the street.

I narrowed my eyebrows. Didn’t California have a smog check law?

Frowning, I stared at the line of students milling into the front of the school like mindless cattle.
Mooo.
I shook my head and sighed. “You’ve got to be fu—”

“Nev!” Livvie cut me off and gave me the stink eye.

Whatever happened to freedom of speech? Was I not allowed to express myself?
Sheesh!
I rolled my eyes at my cousin and slid my borrowed black and white tote off the top of the Mustang. The metal feet, designed to keep the bag’s precious butt off less than clean surfaces, scraped across the aging white paint job with a grating slice.

“Sorry,” I said, feeling like a total schmooze. Insecurity brought out the worst in me, my vocabulary usually rocketing from shameful to downright raunchy in the span of two-point-two seconds. It was a bad habit, among many, I was trying to break.

I swallowed hard and peered into the busy parking lot, afraid to admit out loud how nervous I was about being the new kid at a school notorious for its elitist attitude. Yeah, like I said before: the first day of school sucked ass—big time. And anyone who disagreed was a complete and total knob.

A wailing police siren echoed in the distance as I stepped out from behind the open door and slammed it shut. “You can’t really blame me for being nervous. I mean, come on…” I waved my hand toward a gaggle of perfectly coiffed über Betties milling into the front of the main building, slender legs and wedge heels in sync with one another. I half expected a camera crew from that new reality show,
The Rich and
Privileged
,
to jump out of the well-manicured bushes lining the building and start shooting.

My last school…well, let’s just say Lincoln Memorial didn’t sport the same level of grandeur as Grant High. But then again, LM High sat in the center of what I not so lovingly referred to as the Armpit of America:  Lincoln Township, Nevada. No joke, good old Lincoln ‘Ship was more like a dirty stain on a map when compared to my new, wealthier hometown of Indigo Falls.

We headed toward the front of the school, and I slung my tote over my shoulder, while simultaneously trying to swallow back the giant lump hanging out in the back of my throat.

I glanced at my watch as we crossed into the foyer of the main building, inwardly cringing at the early hour: 7:55 a.m. With a groan, I raised an eyebrow. “Academic bulimia first thing in the morning is…” I shook my head and blew out a ragged breath.
Crappity.
I couldn’t even muster the excitement to properly mock the early hour.

“Let me guess,” Livvie said with a smirk. “It’s sooo not the business?”

Liv had hit the nail on the head. I made a face and shrugged. “You said it. Not me.”

“Okay whatever, Ms. I’d Rather Be Anywhere Than Here.” Livvie pursed her lips, grabbed me by the elbow, and ushered me into a cramped, utilitarian-looking hall lined with gunmetal-gray lockers on both sides. The heavy scent of bleach and floor wax filled the crowded space, burning the inside of my nose. “If you don’t move your butt you’ll be late to your first class. Do you remember where you’re supposed to go?” She eyed me warily, blue eyes filled with worry.

“Jesus, Liv.” I wrestled my arm out of her death grip. Someone had been working out. At sixteen-years-old, I sported what I thought was a decent sense of direction, as well as the ability to both read and comprehend the English language. I was sure I could navigate my way to first period in a timely fashion. Well, mostly sure, anyway.

Liv didn’t appear to be convinced, and her eyebrows scrunched together in concern. “Where’s your schedule? I drew a map of the school on the back for you, you know.”

“Oh, good God.” With an exaggerated eye roll, I jammed my hand into my tote in search of the elusive scrap of paper. The giant bag was largely empty, its few contents floating at the bottom in a jumbled mess.

“Ah ha!” I yanked the agenda from my bag and waved it in front of her face like a mad woman. Covered in neon pink and yellow highlighter, the damn thing sported a full on color-coded map and answer key. “I think I’ll manage.” I raised an eyebrow and smirked. “Got a little happy with the marker pens yesterday, didn’t ya?”

Liv stuck her tongue out at the same time a bell went off overhead. “Crap.” She turned, her gaze darting upward toward the speaker. Flustered, she leaned forward and gave me a quick rap on the back of my shoulder. “That was the warning bell.” She angled her body away from me and took a couple steps back, her eyes full of panic. “My class is on the other side of the school. I’ve gotta jet. Good luck!” With that, she scrambled off, her blond ponytail swinging in time with the sound of her gladiator sandals thwacking against the smooth floor.

I pressed my lips together and frowned. I didn’t need luck. What I needed was a pause button, or some type of magical spell that would allow me to rewind my life—go back two years and erase everything that had happened. Shame and regret burned at the back of my throat and, coupled with the overwhelming sense of loss I felt, quickly soured my stomach. I needed something, all right. I needed a miracle or a damn time machine. Something that would bring my dad back.

A hollow ache tore through my chest as I thought about my new home and the over-the-top Pepto Bismol pink room I shared with my cousin. I hated change, and I felt desperately out of place. I’d only ever lived with my parents and my grandmother. Everything was different, painfully so. Everything felt wrong; I couldn’t gain my bearings, couldn’t settle in.

I flinched as a nearby locker slammed, several loud shouts and whoops jarring me into the present.

Crap.
Judging from the frantic shuffle going on around me, the late bell was about to ring. I was nowhere near my class. I buried my face in Livvie’s map and tried to make sense of where I was. First period was marked with brown pen. Regional Cuisine in the—

My color-coded floor plan was ripped from my fingers. The thief was a greasy-haired punk in a gray zip hoodie and pants that sagged below his boxers. “Fresh meat,” he said, circling me like a vulture eyeing its next meal.

Leering at me with a nauseating grin, Greasy Hair held my paper high above his head and chuckled. “In a minute.” He stuck his chin out and adjusted the waistband of his pants. “After I’m done checking you out.”

Heat scorched my cheeks, and the small part of me that wasn’t about to hurl itched to slap the guy upside his head.

I opened my mouth, ready to tear into the unwashed jerk when the overpowering scent of cologne flooded my nose. A tall guy in a football jersey came out of nowhere and ripped my map from Greasy Hair’s hand. “Sandoval! You douche. Get out of here before I pound your ass into tomorrow.”

With a scowl, Greasy Hair adjusted his ratty sweatshirt and muttered a low “screw you, Walker” as he slithered down the hall.

Stunned into silence, I gaped at the new guy.
Holy hell.

He was the complete and total opposite of Greasy Hair in every way.

Six-feet tall and doused in copious amounts of a very popular male body spray, he looked like an athletic Abercrombie model in his jersey and worn jeans.

I pursed my lips and raised a brow.
Hmm.
My day was starting to look up. A little.

The manly hunk of perfection currently eyeballing my school map was the epitome of what old folks refer to as an “all American boy.” Thick, corded muscle you expected to see on a college-aged athlete and not a sixteen-year-old boy, strained beneath his football jersey revealing a wide, well-built chest. Hulking, gorgeous, and confident, he radiated an aura that screamed, “I know you want some of what I’ve got; come bask in my presence.”