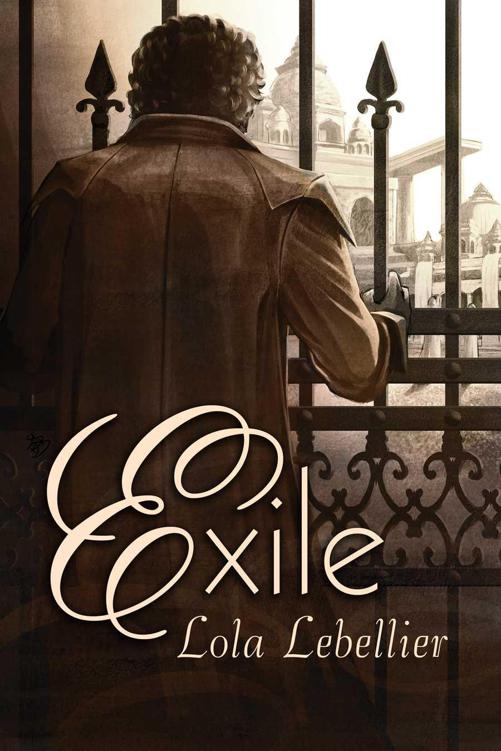 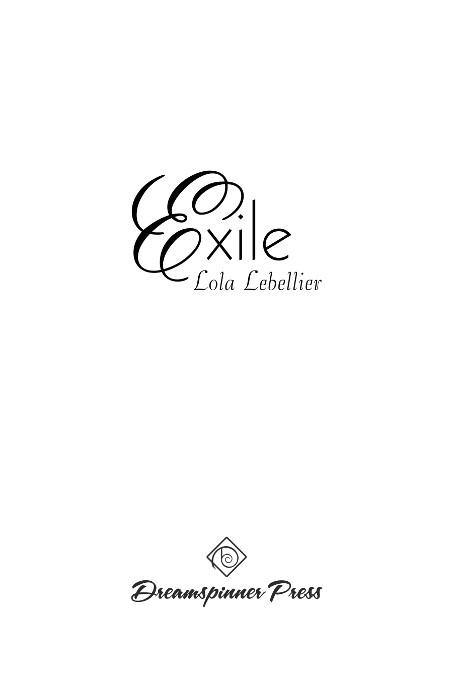 for all the inspiration

she’s given me over the years.

C
HAOS
, fire, water, earth, and air had warred since the beginning of time, spreading terror throughout the land of Nier. Eventually, five mages used their inner power—their mana—andmanaged to trap the spirits inside their bodies in order to limit the spirits’ destructive powers.

However, if any of the vessels were killed, the spirit would be free again, and the damage one spiritwould do was worse than what any army could.Those five most powerful mages had a terrible burden to carry.Being a vessel becamea highly honored position, as the vessel gave up a lifetimeto host the spirit.

Housing the spirits had a dire consequence—over time, the spirit would cause its vessel to lose control and force themage to carry out the spirit’s whims. When this occurred, the mages trapped themselves inside deep wells. The clan built ornate temples over the wells to honor the vessels’ sacrifices—eventually dubbing the magesthe “guardians” of their elementsand molding the clan around them.

According to clan lore, a thousand years before the monastery was so separated from the rest of society, a girl fell in love with one of the destined guardians and created a set of powerful restraints to better confine the spirits and allow the guardian to live a normal life. From then on the guardians became the rightful leaders of the Cult of the Elements.

The Cult of the Elementslay ever since in a neutral area between Far South and Central, andevery nation agrees the monastery isn’t to be tampered with.

A
LESS
smiled, carving the three thousand six hundred fifty-third line in the wall of his small shack. It had been ten long, grueling years, but finally he could put the entire mess behind him. Finally, he’d be allowed to return to his clan and the monastery to take his rightful place as the Guardian of Serac, one of the five leaders of the Cult of the Elements.

He ran his hand across the smooth silver collar surrounding his throat. It always amazed him to think that this tiny piece of metal managed to hold the water spirit at bay.He couldn’t help but feel slightly nervous about returning to his clan, particularly after the events that had caused his exile. The details were still extremely foggy in his mind. After the incident—followed by a week spent confined within the well under his temple—he hadn’t been given any opportunity to discover what had actually happened that evening. Even before his sentencing, he had been placed under temporary arrest.All Aless could remember was waking up within a thick marsh, surrounded by dead bodies and destroyed temples.

Hearing a loud knock at the door, Aless almost jumped. He had known they were going to send an escort for him, but he hadn’t expected him to arrive so early. Aless’s sense of time had been questionable since he began his exile, though, so he knew he couldn’t really count on it. Without the clan’s bells to alert him of curfew or meal times, he had stopped using any sort of routine. He peered out of his window, the sight obscured slightly by a ragged curtain, to confirm it was daytime.

Aless took a deep breath, walking over to the door to open it. The man on the other sidewas familiar, but Aless couldn’t help but feel as if he was looking at a complete stranger. The man was tall, over a full head above Aless, and composed of thick, bulky muscle. He had long, red hair pulled into a tight ponytail as well as bright green eyes. His skin was covered by thick, red lines contrasting against his tanned flesh, likely from the stress of housing a spirit. Aless had blue marks from Serac, and he almost felt self-conscious in the presence of the stranger. His dark-brown skin and bright-blue marks never quite looked right to him, and he had never been particularly muscular, no matter how much he trained. Compared to him, the other man looked almost like a god.

Piers laughed, placing a hand on Aless’s shoulder, pulling him into a close hug. “Who else? It’s been a while, dear friend!”

“By the spirits, you’ve gotten huge!” Aless declared, stepping back.

“Well, you were gone for ten winters,” Piers commented.“Did you shrink by any chance? I don’t remember you being this small.”

Aless snorted. “Not all of us can grow grotesquely large.”

“Hey now! Did exiling you rid you of all your social skills?” Piers asked, looking into Aless’s small shack.

Aless looked away, flushing lightly. “It’s not as if I had anyone to talk to.”

“What, Serac not giving you any good conversation?” Piers asked.

“I guess. You could’ve gone to a nearby village,” Piers countered.

“And risk being kidnapped by a militia?” Aless asked. “One time was enough for me, thank you. It’s not as if anyone in Central speaks Common anyways.”

Piers frowned. “Do you mind if I step inside for a few minutes before we head out? I think I should bring you up to date before we return.”

Aless sighed, gesturing for Piers to enter his small shack. Piers came in, looking around the room. Aless blushed again, walking over and sitting down at the small table. He had done his best to ensure the shack was as inconspicuous as possible, lest any slavers decide to wander the area, and it meant the quality of the building was sacrificed. The shack lacked any personal touches, and Aless had made sure he had multiple hiding spots available should militia show up.

Piers sat down, bumping his knees against the table. He moved a hand to the wall, feeling the lines carved into it. “You really had a lot of time here, didn’t you?”

“Yeah,” Aless replied, looking between Piers and the wall. “We can return soon, can’t we?”

“Yeah, but…. Look, I shouldn’t really tell you what I’m going to, but I think you deserve to know. How much of the incident do you remember?”

“Not much,” Aless confessed. “I went to sleep frustrated with Master Petra and woke up in a bloody marsh.”

“Cyril declared it forbidden to discuss the incident in detail, but you really deserve to know,” Piers said.

“Since when has Cyril had the authority to do that?” Aless asked. “It seems rather unreasonable. I’m sure Master Alvah would have vetoed that.”

“What? When did this happen?” Aless asked.

“You really don’t remember, do you?” Piers asked. “You killed him, Aless.”

“When your restraints failed, you went on a rampage. You killed Master Alvah, Master Petra—”

“I don’t regret killing old Master Petra. Nier is better off without him,” Aless replied.

Piers frowned, looking again at the wall. “It wasn’t as bad as you think. I was close enough to capture Corona before he had a chance to light the whole place on fire. We gave old Master Corona a nice burial when everything settled.”

“I was upset enough when my master died, and to see
me
do it of all—”

“No, Aless, just stop,” he replied, more sternly than Aless expected from his friend. “I put it behind me already. There’s been plenty to do in your absence. Look, I don’t like being serious with you, but things have really been shitty since you left, okay?”

“I… expected that,” Aless replied, looking away from Piers. “So… you’re Master Corona now, aren’t you?”

“Yup. It’s been that way since you left.” Piers said.

“Of course I would,” Piers agreed. “At least I didn’t take my spirit before I was ready.”

Aless sighed. The old keeper of Serac, the spirit of water, had been very ill around the time Aless and Piers joined the monastery. He had taken Aless on as an apprentice immediately, and Aless had been gifted with Serac only seven winters after he began training. It had been considered necessary at the time as his master had been quite ill, but most apprentices would spend around twenty winters training to take a spirit. Aless had been underprepared for the task.

“So… you said I killedold Master Petra? Who took his place?” he asked, trying to remember some of the old earth apprentices. There wasn’t much integration between the elements, particularly while training for guardianship, but he had encountered a few of them after his promotion. Old Master Petra, guardian of earth, had been a disgusting old man, Aless recalled, and he was constantly surrounding himself with younger and younger apprentices. There were plenty of faces in Aless’s mind, but almost no names to match them.

“Well,” Piers began, leaning back in his chair, “we weren’t as lucky with Petra as we were with Corona. None of his apprentices were near, and you
also
killed a lot of them during your rampage, so he was left to run free for a bit.”

“It wasn’t,” Piers confirmed, “but believe me, the girl who managed to catch him is gorgeous. She wasn’t even in training to become a guardian, but she managed to subdue Petra all by herself.”

Piers laughed. “I already had Kateline. You really should take a crack at her when you come back, she’s definitely worth it.”

“Has it been that long?” Aless asked, leaning onto the table. He had almost forgotten how much he missed talking to Piers. “You should know by nowher spread legs wouldn’t interest me.”

S.T.I.N.K.B.O.M.B. by Rob Stevens
Conspiracy in Kiev by Noel Hynd
The Dogfather by Conant, Susan
The Power of Being Thankful: 365 Devotions for Discovering the Strength of Gratitude by Joyce Meyer
The Best of Robert Bloch by Robert Bloch
Julia's Future by Linda Westphal
One Hundred and One Nights (9780316191913) by Buchholz, Benjamin
Zombified by Adam Gallardo
The Town by Bentley Little
14 Years of Loyal Service in a Fabric-Covered Box by Scott Adams