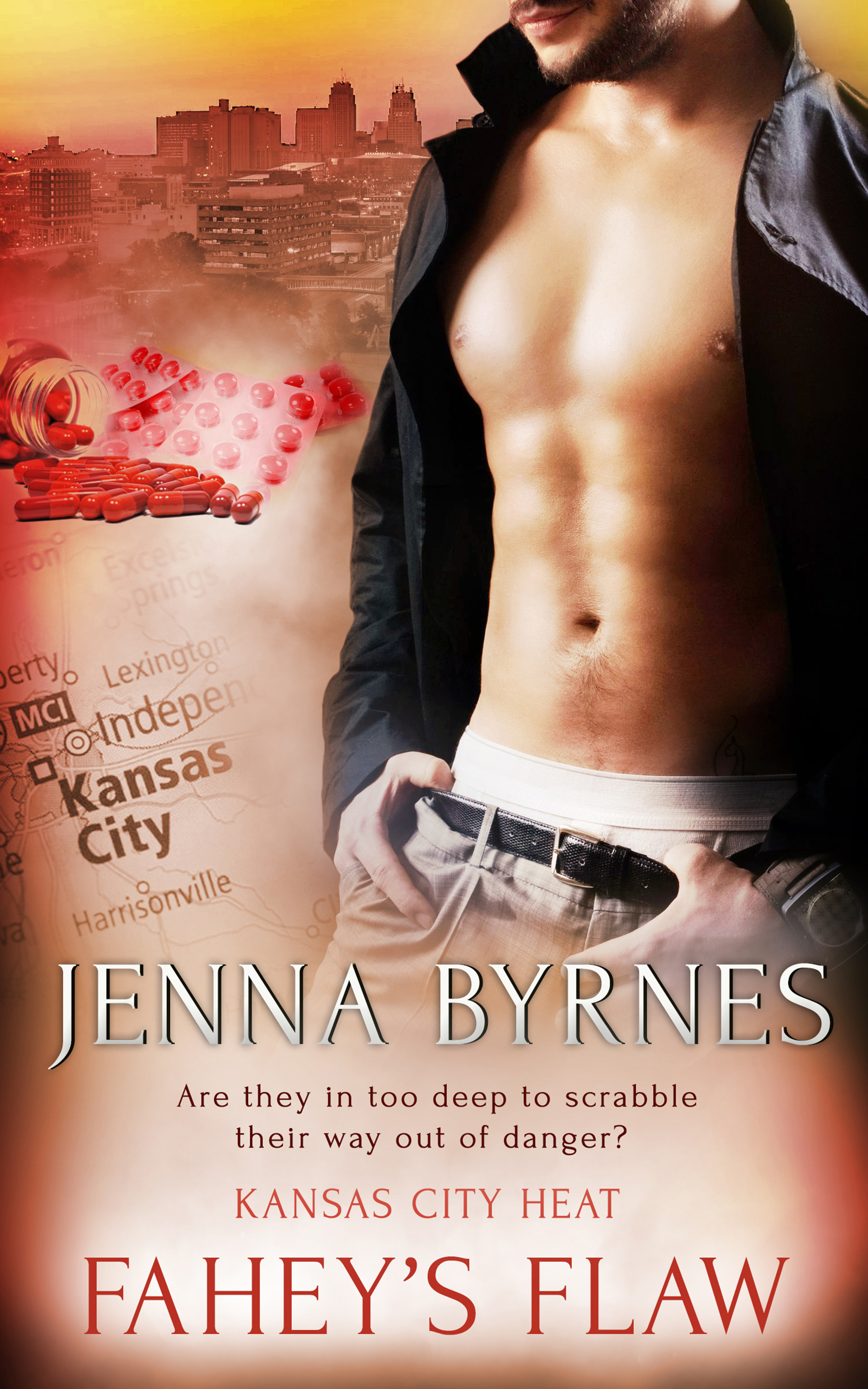 Can KCPD detectives keep the latest designer drug off the streets and out of the hands of teenagers?

There’s a new drug of choice in town, and the detectives of the KCPD Vice Department are working fast to keep it away from unsuspecting students looking for a cheap high. Detective Wynn Fahey’s son, Connor, is thirteen going on thirty. His recent announcement that he’s gay causes concern for his mother and her new husband, and the parents of the boy he’s been caught in a compromising position with.

Wynn struggles to help his son adjust, not having gone through the same issues since he didn’t come out until he was divorced with a child. When the new five dollar Insanity drug invades Con’s school, the boy is forced to grow up faster than his parents would have liked. Will the love and support of handsome English teacher Reilly O’Keefe
be enough to sustain Wynn and Connor, or are they in too deep to scrabble their way out of danger?

To my friend S. who had the strength to ‘come out’. Love you always!

While the Kansas City Police Department is definitely a real organization, the stories you will read in this series are complete works of fiction, with made up characters who are in no way based on actual persons. Likewise, some neighborhoods and locations are similarly fictional. The stories are simply born from a love of Kansas City, from the stockyards to Arrowhead Stadium, the Plaza to Legends Outlet Mall, and lots of things in between.

Wynn Fahey rubbed the three-day beard growth on his chin and considered his son’s comment. Several replies came to mind but he’d promised his ex-wife never to knock her in front of the kid. She’d obviously forgotten their agreement. “Yeah, well, I’m sure that’s Derrick talking. He’s got a low threshold comfort level for people who are different than him.”

He’s a homophobic asshole.
Wynn’s opinions about Sydney’s second husband were also best kept to himself. Since Connor had come out as gay, both Syd and Derrick had struggled with the news. Wynn found their discomfort a bit funny and definitely ironic.

He pulled to a stop in front of St. Sebastian’s Academy and turned to Connor. “One more month then you’ll officially be a high schooler.”

His boy grinned, exposing a mouthful of metal braces. “Oh geez, I know it! We’re counting the days.”

Wynn saw the excitement on his son’s face and remembered how he used to feel at this time of year. “It’s easy to get sidetracked when the weather turns nice and you want to be anywhere but inside a school building. Just stay focused and finish strong.”

“I will, Dad. But you always said a little fun never hurt anyone. Which reminds me, Ben Baxter’s having a party Saturday night and Mom’s giving me crap about going. I told her his parents will be there and he’s invited about fifteen people, all from our class. Will you talk to her?” He made a pleading face that reminded Wynn of Connor’s expression when he was younger, and the begging was for an extra hour of video game time.

Times have changed
. Ever since Connor and Ben had been caught in a compromising position in Ben’s bedroom, none of the parents had been inclined to let them hang out together. When the Baxters had relayed the story to Syd they’d felt sure that nothing had happened…yet. But they were duly shaken up about it, as were Syd and Derrick. Wynn didn’t know what the hell to think.

He glanced at his son. “You and your buddy sorta burned that bridge for yourselves, kid. You really can’t blame your mom.”

Wynn reached into the back seat for Connor’s backpack and handed it to him. “My point exactly. You’re
thirteen
. I understand you’re discovering your sexuality, and you’re curious. But thirteen is too young to be having sex of any kind, gay or straight.”

Another eye roll. “Now you sound like Derrick, only you didn’t yell and let spit fly from your mouth.”

“And on that happy note, go to school. Try to behave yourself.”

Connor opened the door and slid out. “Talk to Mom?” He did the pleading thing with his eyes one more time.

The boy smiled. “Thanks, Dad! Bye.” He slammed the door and weaved his way through the crowd of students filing into the brick building.

Wynn watched him go and sighed.
Thirteen
. Where had the time gone? Connor had been two when he and Syd had divorced. It’d been her idea, and little had Wynn known at the time she’d already met Derrick and fallen for him. When he’d found out he’d been shocked, but not truly devastated.

Syd had been his high school sweetheart, his one and only girlfriend. They’d been hot and heavy for three years because that’s what teenage boys were expected to do, and it had been the easiest thing. When she’d gotten pregnant just before graduation there’d been a couple of awkward months deciding their future. In the end their parents had figured it out for them, and they’d been married shortly thereafter.

Wynn had known then that he wasn’t truly the man of Syd’s dreams, but he’d figured he could fake it. They’d been happy enough for a couple of years.

A car behind him honked and he was startled back to reality. He checked his mirror before pulling out and headed to the office. It was a short ten minute drive, just the way he liked it. Ten minutes from home to work. Ten minutes from either place to his boy’s school. He knew it was slightly obsessive, and he knew it wouldn’t stay that way as Connor grew older. But in a post-nine-eleven world, where school shootings were becoming commonplace, this was the way he wanted it for now.

He pulled into the parking lot of the Kansas City Police Department offices and strolled into the Vice Department. The place was quiet, which was a good thing. Any day it was bustling first thing was sure to be a hectic one.

He poured a cup of coffee before heading to his desk and slipping into his chair. “Morning, Mel.”

His partner spun around in her chair. “Good morning.” She held up her own paper cup from a local coffee shop. “I would have brought you one but I knew the extravagance would be wasted on you.”

He smiled. “True that. I don’t need no stinkin’ five dollar cup of coffee. But thanks for thinking of me.”

Melanie Riggs was a pretty brunette with shoulder length hair which she usually pulled back into a ponytail. They’d been partners for nearly five years. She nodded and said, “The chief brought bagels if you’re hungry.”

“Nah, I’m good. I made breakfast for Con this morning.”

“How is that cute little devil?”

He leaned forward. “Let’s put it this way. His mother might want to buy stock in Lady Clairol. She’s going to need it.” He ran a hand through his shaggy brown hair, which was showing the slightest tinges of gray. “So would I, if I gave a shit.”

Wynn chuckled. “The gray hairs, of course. It’s more important to Syd in her high society world than it is to me. Now Con—he
is
my world, which is why it’s so hard to see him struggle. And to hear some of the bullshit they’re feeding him at home.”

She sipped her drink. “What now?”

He lowered his voice. “This morning he told me it’s my fault that he’s gay, according to his mother.”

Her eyes widened. “Nice. She’s a real piece of work, Wynn. I thought you two agreed not to say bad shit about one another in front of him.”

“We did. Apparently only one of us remembers.”

“Or someone is coaching her. Derrick has his own opinions on things, doesn’t he?”

“Most definitely.” He leaned back and sighed. “The thing is, I don’t know. Maybe it is my fault. I don’t know how that gene business works. I know mothers are responsible for some things and father for others, but is there even a gay gene? And if there is, who passes it along?”

“Damned if I know. Beck has kids, he might know.” She swiveled her chair around to face Beck Mathes, another detective in their squad. “Hey, Beck, have you ever heard of a gay gene?”

Wynn winced. Mel was a great partner but unless he asked her not to, she flapped her jaws slightly more than he preferred. He didn’t have anything to hide from the other four people in his immediate unit, but it was too damned early for such a deep conversation and Mathes could get pretty intellectual sometimes.

Beck carried his coffee to her desk and leaned up against it. “A gay gene? I don’t think so. Some scientists did a study to prove there was, but the baseline theory was skewed. Some talk came out that the real reason they did the study was so gay people could blame biology when someone called their orientation a ‘preference’. Plus, they didn’t have a good sample group. They used the number of two percent, but we all know there are more gay people than that in the population. Hell, in the KCPD alone it’s more like fifty percent.”

Needing Her by Molly McAdams
El misterio del cuarto amarillo by Gastón Leroux
Crossing Lines by Alannah Lynne
The Fighter (The High Rise, Book 1) by Harper Bentley
Origins: The Reich by Mark Henrikson
Swept Away: The First Bloodline by Smith, Crystal
Cry Me a River PG-13 Edition by Dawson, Devyn
Drink of Me by Frank, Jacquelyn
The Last Full Measure by Michael Stephenson
New Age of Heroes 1: The League of Protectors - Dawn of a New Age by Christian Green