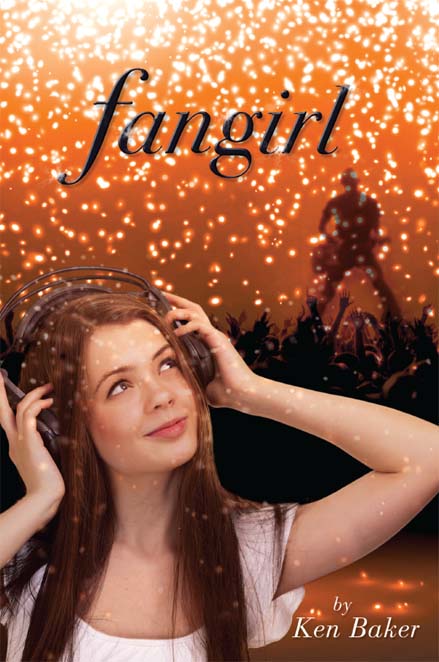 All rights reserved under the Pan-American and

This book may not be reproduced in whole or in part, in any form or by any means, electronic or mechanical, including photocopying, recording, or by any information storage and retrieval system now known or hereafter invented, without written permission from the publisher.

Books published by Running Press are available at special discounts for bulk purchases in the United States by corporations, institutions, and other organizations.

Digit on the right indicates the number of this printing

The Only Exception, Times New Roman, and Trixie

Visit us on the web!

Lyrics for “Love You Like a Love Song” courtesy of Antonina Armato and Adam Schmalholz (Downtown Music/DMS), and Tim James (Universal Music Publishing).

The moment she
shuffled through the hotel's revolving door, the pack of paparazzi converged on the pony-tailed teenager like she was a celebrity. Which, suddenly, she was.

Josie Brant only had to walk about twenty feet to the SUV, but it felt like a marathon being run barefoot on jagged rocks, every step more uncomfortable than the next.

The security guard tried to clear a path on the sidewalk, only to have it collapse into a thicket of camera flashes.

Peter: that word once filled her with so much warmth, comfort, and inspiration. Now his name weakened her legs and pinched her stomach so tightly she could just barf.

A nervous rash formed on her chest, matching the clown-like circles that grew bigger on her cheeks with every dizzying wheeze.

The massive buzzkill that was this oven-hot morning was as real as the heartbreak that crackled inside her chest. As real
as the tear-smudged eye shadow that formed raccoon rings around her eyes. As real as the love songs she'd recently been so inspired to write. Now, she wished she could delete every damn memory. Forever.

“ARE THE RUMORS TRUE?”

With every flash, she imagined what story their pics might tell. Would she look like a fourteen-year-old small-town girl caught in a bad celeb romance, or just another cheap looking groupie in a short skirt and black boots?

If only she had a baseball cap. Then she could slide it down low and hide her face. But Josie had left her tomboy hatsânot to mention her anonymityâback home in Bakersfield. And home had never felt so far away.

“Josie,” a chubby journalist with a British accent pressed. “Are you really a fame whore?”

Disgusted, she wrinkled her face and kept walking faster, inciting an elbow-to-elbow photographer frenzy that caused one guy to knock his bulky camera lens into Josie's forehead. A line of blood trickled down her cheek as if in a race with her tears.

Silence can come when I die

But till then I will speak

The British reporter pushed closer, so close in fact she could smell his coffee breath. As she stepped into the SUV, the man asked, “So what is the truth, Ms. Brant?”

The crowd stood silent. Josie turned to face them. She inhaled and closed her eyes.

Josie scrolled her finger across her phone screen and shook her head. “So embarrassing.”

“That pic of you and me at lunch today I posted,” Josie explained. “You know, the one where we're flashing peace signs? She just âliked' it.”

As usual, Josie and Christopher were making their postschool Starbucks run. As usual, Josie tooled on her phone, a white earbud stuffed in her right ear listening to music, her left ear open for conversation. And, as usual, they waited for Josie's always-late BFF Ashley to join them. Not that Josie didn't mind some quality one-on-one time with Christopher. He was her “Boy BFF,” after all. Or as she affectionately called him, her “BBFF.”

Christopher squirmed in the puffy leather chair and reached for her phone, adjusting his black-frame glasses and glancing at the message. “Lemme see that. . . . Oh, nooooo.”

“Oh, no, what?” Josie plucked out her earbud.

Josie snatched the phone back. “Um, geezer stalkers like my mom do?”

“Josie, I don't think thirty-eight years old puts her smack in the middle of Geezerville. I mean, Sheryl Crow is way older than your momâshe's still totally cool. And hot.”

Just then, her phone buzzed to life with another text alert.

Sorry, joseski. runnin late. Eddie is hittin on me BIG time at cheerleading! bahahaha. C u in like 5.

Ashley. Josie tapped her back a message, her fingernails sounding out a rat-a-tat-tat rhythm on the touch screen.

obvi! Duh. Will pick ya up with my mom ASAP

“And let me guess: Eddie's hitting on her.”

“Because Eddie just texted
me
that he's quote-unquote âthrowing the mack down' on Ashley. Ahh, kids these days.” Christopher sighed.

“Those gosh-darn
screen-agers
,” Christopher Southerndrawled. “That there
Intra
-net is ruinin' the youth of America!”

Being a year older and a lot smarter than every other boy she knew at Bakersfield's Lawndale High, Josie's BBFF carried a sense of maturity, and humor, that made Josie feel, by osmosis, a little older and more clever herself.

“Um, eight, I think,” Josie said, pretending she didn't know the exact time her guilty celebrity pleasure would be taking the stage downtown at Rabobank Arena. “You sure you don't wanna come?”

“No
gracias.
Not my cup o' tea. Not my slice of baloney. Not myâ”

“Okay alreadyâI get it!” Josie cupped her hand over his mouth. “You don't like Peter Maxx. Whatever.”

Christopher pried her hand from his mouth and sipped the last vestiges of his iced mocha through a green straw, gurgling it to empty.

“Josie,” he said soberly. “Remind me again: Why do you like Peter Maxx so much? That is, remind me without mentioning his abs or his hair or his Chiclets-white teeth.”

Josie's eyes lit up. “Do I detect a little jealousy, Mr. Evans?”

“Yeah, you got me.” He raised his arms over his head like a captured bank robber. “My secret fantasy is to be a teen pop star. Shhh. Please, please, please don't tell anyone!”

“Well, Mr. Evans, you are the one who just told me that you're gonna be taking guitar lessons this summer.”

Elle's Seduction by Abby-Rae Rose
Dark Side of the Moon by Sherrilyn Kenyon
Most Likely to Succeed by Echols, Jennifer
Beauty and the Barracuda by Winter, Nikki
One of the Guys by Dawn Doyle
Trouble's Brewing (Stirring Up Trouble) by Alexander, Juli
Bones Under The Beach Hut by Simon Brett
The Matchmaker's Mark by Black, Regan
A Place for Cliff by p.s., Talon
Connor (The Kendall Family Series Book 2) by Randi Everheart