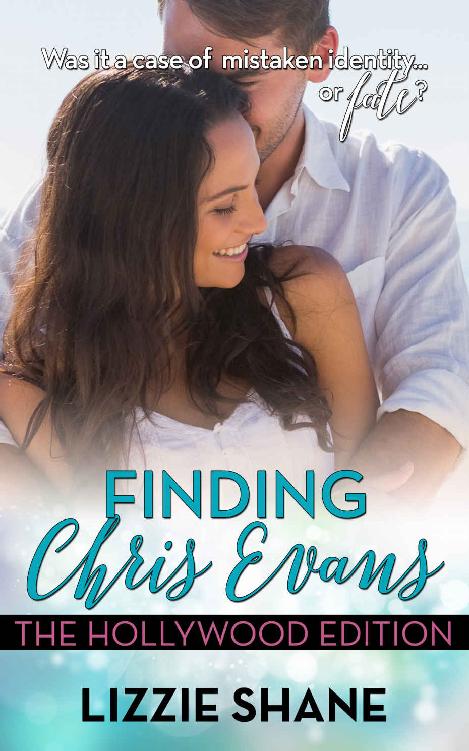 Trina Mitchell finally has her life back on track. Fully focused on her first semester of med school, she isn’t looking for the love of her life. But a little no-strings fling with hunky contractor Christian Evans? Now that feels like a gift from the gods. Until she learns her humble contractor is actually the star of a popular home improvement show—and completely out of her league.

Chris has been building his brand as a celebrity contractor and he’s this close to all that hard work paying off in the form of a big primetime gig, but only if he carefully protects his image as a TV heartthrob—which means absolutely no romantic complications allowed. Not even the one girl he can’t seem to get out of his mind.

Love is a distraction neither of them has time for, but when Trina learns their one magical night together is going to have some very real consequences—in around nine months—she needs to find Chris again, stat.

In love and renovations, nothing ever goes as planned. But with a little help from fate, this might just be the perfect time to build their happy ever after.

In a small town in northern Minnesota, Ellie Mittelstadt goes to a psychic where she receives this prediction: if she finds a man named Chris Evans, true love will follow...

Only one problem: Even in the tiny town of Haralson, Minnesota, there are six Chris Evanses!

What follows are six delightfully romantic tales that start with Ellie meeting each new Chris Evans. But while she doesn't find true love (yet!), her meeting sets off a chain of events that leads the Chris Evans in each story to fall in love with a heroine all his own. Then finally, in the sixth tale, Ellie's psychic prediction comes true in a charmingly perfect and heartwarming way. Because true love never fails!

No part of this book, with the exception of brief quotations for book reviews or critical articles, may be reproduced or transmitted in any form or by any means, electronic or mechanical, including photocopying, recording, or by any information storage and retrieval system without express written permission from the author.

For Kris—who suffered through the hot sun to come on my “research” trip with me.

And for Liz—who invited me to come play in the Chris Evans world.

In case you haven't read the free prequel, we've included it in the back of this book.

After two solid hours stuck in traffic circling the outlet mall, Trina Mitchell came to an unsettling conclusion—either the people of northern Minnesota liked shopping a whole lot more than she’d given them credit for, or Christian Taylor Evans was
way
more famous than she’d given
him
credit for.

She had an uneasy feeling it was the latter.

She’d suspected. She’d wondered if he was more than the humble contractor who’d introduced himself to her that night two months ago in Chicago, but even when she’d Googled him after the fact, she hadn’t understood the full scope of his stardom.

In the last two weeks—since the Little Plus Sign of Doom appeared—Trina had memorized his bio, as well as his public appearance schedule. She’d known, intellectually, that the “Addition Magician” was the hottest celebrity contractor on basic cable these days—emphasis on
hottest
—but today’s gridlock brought home the reality of his fame in a disturbingly physical way.

They were here for him. All these people. All these
women
.

No wonder he wasn’t returning her texts.

Finally spying an open parking spot, she whipped her old Civic into the space—ignoring the angry honking of another driver and hoping her karma could handle a parking violation. She needed to get in there.

Chris had been scheduled to start speaking at noon—so she’d planned to show up at ten and try to ambush him before his presentation. But that plan had flown out the window when she’d seen the line of cars snaking down the highway for three miles on either side of the exit for the new outlet mall. Over two hours of bumper to bumper traffic later, she’d been forced to resign herself to waiting in line for the Meet & Greet photo op after his talk. It was already twelve-fifteen, but the Meet & Greet went until two. She’d be able to talk to him. She had to.

Trina jogged toward the mall’s open-air courtyard, following the sound of Chris’s voice over the loud speaker—and found herself surrounded by roughly two thousand women crowded into the courtyard for the outlet mall’s grand opening ceremony.

Mall security formed a human wall, keeping the throngs of females at bay. Apparently his fans were almost unanimously female—and screaming like groupies at a rock concert.

He built houses, for crying out loud, but from the way the women around her were carrying on, you’d think the Beatles had just landed. Trina was a little surprised no one was throwing panties—or maybe she’d just missed the panty-collection part of the program.

Trina craned her neck, grateful for her height as she stretched to see over the swarming females, trying to figure out where the line for the Meet & Greet was going to start. If she could sneak over there while he was still speaking, she might be able to beat the rush.

But as she went up on her tiptoes, she didn’t see the Meet & Greet line. Instead she saw the stage. And him.

The sight hit her in the chest, squeezing hard around her heart.

Back in Chicago, he’d introduced himself as Chris, with that quirking, lopsided grin. The same grin he was flashing now—at a crowd of screaming fans. His dark blond hair was thick, a little longer than the last time she’d seen him, and had a natural wave that made a woman want to sink her fingers into it. Then there were his eyes. The women in the front row would be getting a devastating double dose of deep, dreamy blue—and Trina was almost relieved she was too far away to get the full effect.

He was tall and a little on the lean side for someone who made his living at physical labor, with none of the hulking muscles she associated with construction workers, but he never seemed to have any trouble manhandling furniture or appliances on his show—and she remembered with graphic detail exactly how easily he’d lifted her not-insubstantial weight that night in Chicago.

He turned toward her section of the audience and the women around her swayed toward the stage en masse, carrying her with them. The security guards staggered with the effort of keeping them from rushing closer, but Trina barely noticed.

Chris was looking this way.

He was looking
right at her
.

She lifted her hand to wave, the movement more instinct than thought. A vision flashed in her brain, visceral and pure and so real she could almost taste it—his gaze would single her out, locking on her in the crowd, his sentence would trail off and her name would rise to his lips.
Trina.
“Let her through!” he would call, his voice echoing through the speakers, and security guards would flank her, escorting her to the stage, boosting her up onto it where he would be waiting, his hands stretched down to pull her up, into his arms, that strength that she remembered so well closing around her, reassuring her that she wasn’t alone, she would never have to be alone—

He turned away, gesticulating to the other half of the crowd.

Right. He couldn’t see her. Just another face in a sea of faces. She wasn’t special. She was just another fan.

She needed to get to the Meet & Greet line.

Trina nudged the arm of the woman beside her wearing an Abracadabra! T-Shirt. “Do you know where we go for the Meet & Greet?”

“Oh, honey, good luck.” The woman spared her half a glance, unwilling to fully wrench her attention away from the stage. “People camped out
overnight
for those spots.” She waved vaguely toward the Polo Ralph Lauren outlet. “The line wraps around the building, but you won’t be able to see anything from back there. Right now your best bet is the superfan contest.”

Abracadabra rolled her eyes. “Don’t you follow his Twitter? His team will be circulating throughout the event, picking out five lucky superfans for the first five spots in the Meet & Greet. Most of them will go to cute little kids, but there’s always at least one for an adult who goes the extra mile.” She hitched up the objects Trina hadn’t noticed clutched in her arms, showing off a coffee table book, DVDs and CDs—all with Chris’s face plastered across the front of them. “I have his book
memorized
. Anyway there’s no way anyone is going to meet him today who isn’t a superfan.”

Trina felt a stone drop into the pit of her stomach. She needed to see him. Yes, it was desperate and pathetic since he’d made it very clear, through his odious manager, that he wasn’t interested in having anything to do with her—or with anyone else who came along—but Trina couldn’t seem to accept that. She needed to see his face when he told her to get lost, because right now all she could see when she pictured him was that crooked smile lifting as they splashed through the fountain in Grant Park.

There was a pause onstage as Chris bent to take a question from an audience member neither of them could hear and Miss Abracadabra finally looked at Trina. Her gaze raked from the top of her ponytail to the toes revealed by her flip flops—taking in the complete lack of magician-themed paraphernalia. “On second thought, you might want to try the line.”

The line did indeed wrap around the building. And down the sidewalk to the next outlet store, and along that building—with a gap carefully maintained by mall security so those interested in shopping could get to the entrance—and along the
next
store. Trina was panting by the time she reached the end of the line, and the lightweight plaid shirt she’d picked out was glued to her spine with sweat.

The shirt had been supposed to be an inside joke—that night in Chicago she’d teased him that he was dressed too well to be a contractor and he’d said he was defying the peer pressure to wear flannel and plaid every day. She’d thought the sight of the shirt would trigger that lop-sided grin, but now she had a feeling he would just be trying to avoid getting her sweat all over him.

It was almost October. It wasn’t supposed to be this ungodly hot this far north—but she didn’t really know much about Minnesota weather. She’d grown up in Seattle and never lived anywhere else until she moved to Chicago to start medical school a couple months ago. When she’d come up with the plan to drive out here and see Christian Taylor Evans face-to-face, she hadn’t anticipated surface-of-the-sun levels of heat pounding down on her as she stood in a line for hours.

It couldn’t be good for the baby.

As if triggered by the thought, a wave of nausea broke over her and she swayed.

“Here.” A water bottle was thrust into her hands, the pretty blonde in front of her eyeing her with concern. “The organizers came through a few minutes ago with water for everyone. You look like you need this more than I do.”