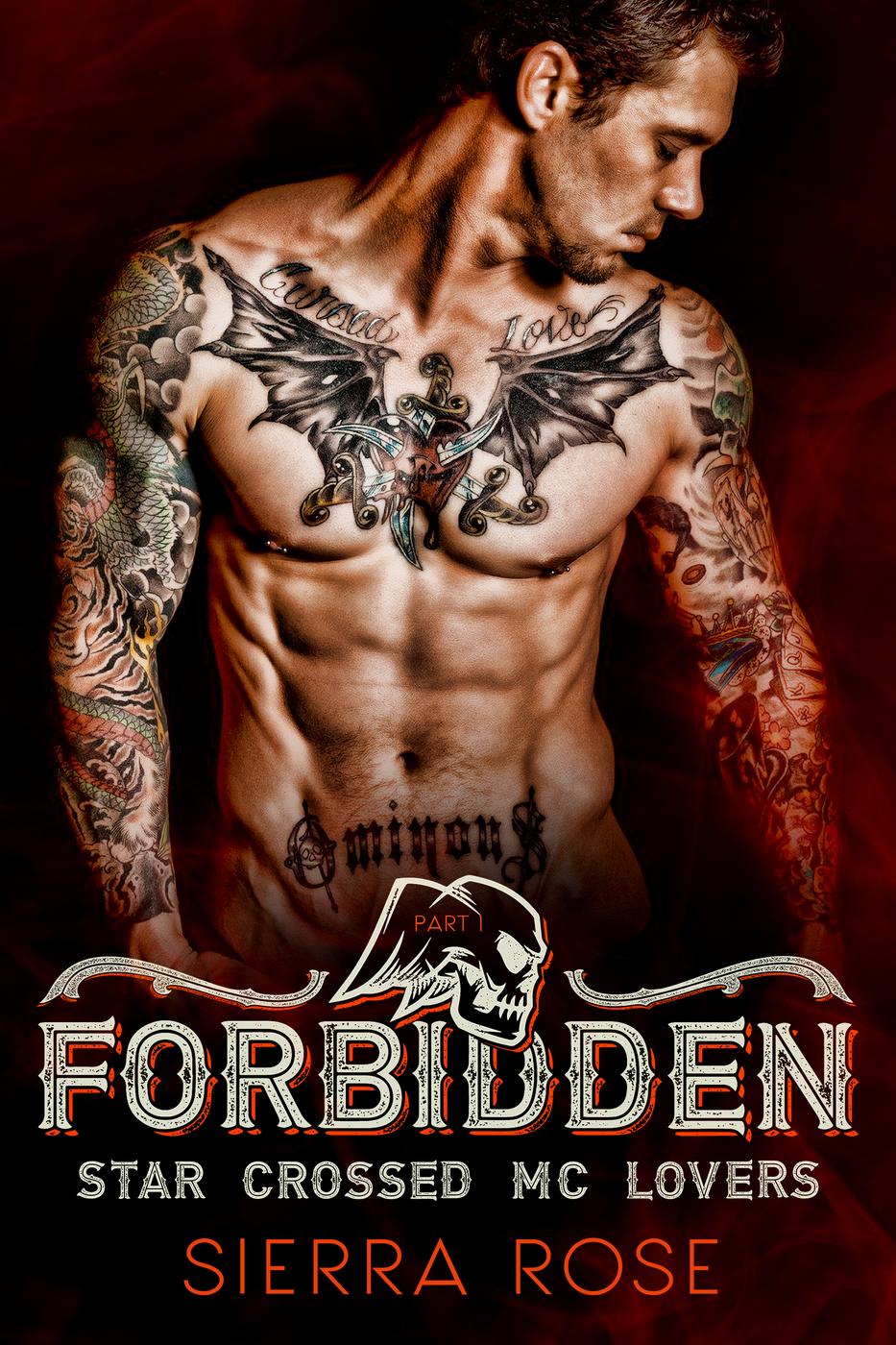 All rights reserved. No part of this publication may be reproduced, stored in, or introduced into a retrieval system or transmitted, in any form or by any means (electronic, mechanical, photocopying, recording, or otherwise) without the prior written permission of both the copyright owner and the above publisher of this book. This is a work of fiction. Names, characters, places, brands, media, and incidents are either the product of the author’s imagination or are used fictitiously. The author acknowledges the trademarked status and trademark owners of various products referenced in this work of fiction, which have been used without permission. The publication/use of these trademarks is not authorized, associated with, or sponsored by the trademark owners.

Swept Away by the Billionaire

Seduced By My Billionaire Boss

Seduced by my Billionaire Boss

Accidentally Married to the Billionaire 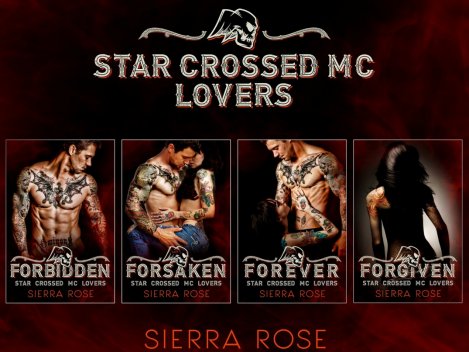 This is the fu——up version of Romeo and Juliet MC Club style...imagine Juliet a pistol, and Romeo a sexy, bad ass with wicked tats....oh, did I mention there's lots of cursing, leather-clad bikers, motorcycles, and sex?

This book is a Romeo and Juliet story about forbidden romance...but motorcycle style. Selene is a Black Heart. And Lucky is a Stone Wolf. They're from two different rival biker gangs. Their love is strictly forbidden... They know the consequences. They know the risk. But they don't care. Nothing will get in the way of these two star-crossed lovers. 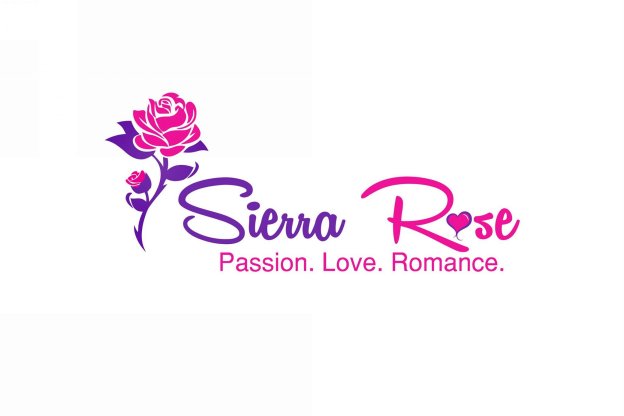 SIGN UP for Sierra Rose's Newsletter to find out about new releases, updates, and cover reveals!

"S
tay still and let me fix this. You look ridiculous in this tie. It's three sizes too small. Who told you it looked okay?" I blew a long strand of raven hair from my face and gave my cousin, Mateo, a look.

"Elec said it was fine. That I should shut the fuck up about it." Mateo shrugged, pushing out the thick skin of his neck and causing the tie to pop once again.

"Forget it. The damn thing is causing you to lose circulation, anyway. Big guys don't need ties. They look fine with just a jacket and nice pants. Besides... Elec is right. You should shut the..."

Mateo lifted his eyebrow and I wasn't able to get the rest of my banter out before I chuckled softly. He was the only one of my cousins who was half decent. The rest of the bunch spent their days harming the nice people of Pleasant Valley, Pennsylvania and the neighboring counties.

That's only when they aren't knee deep in my dad's ass.

King-Pin Delgado, as most people referred to him, was a hard man to please. I had been trying my whole life and had yet to crack the code.

I patted my cousin on the chest and nodded toward the over-dressed section of the small gym where my father and his goons sat, watching me intently. Elec, Mateo's brother, caught my attention with a sour expression on his face and held it...

"It's time for me to get up front. Go make sure my father doesn't order anyone gunned down before graduation is over, hmm?" I turned back to my portly cousin and smiled.

"Yep. These things last for-fucking-ever, though. Tell them to move it along. The more we sit in this stuffy-assed place, the less likely anyone is to contain your dad from getting in a mood." He shrugged and walked back across the gym floor as the counselors started to call last names.

I turned and pressed my hands to the blue plastic chair in front of me. The thick black robe swished forward to cover my hands. It was hot as hell, even though it shouldn't have been. The weather had a big part to play in why Pleasant Valley was named as such.

Yet, for some ungodly reason, it was hotter than hell on a good day that day.

"Because we're all forced into uniformity in these fucking hot robes," I grumbled before turning toward the cute guy who moved up beside me.

We had become acquainted my sophomore year, but nothing more. There was no need to pull anyone in close because it would lead to loss. Everyone that I got involved with moved, died, or decided I wasn't worth the trauma of knowing because my father could snap any minute.

"I'd say you look nice, but you'd refuse the compliment." He smiled and elbowed me softly. His sandy blond hair was a mess, as if his grandmother had tousled it ten times already that morning. His blue eyes were filled with excitement, though his expression wore little of it.

"You know me too well." I shifted my gaze just behind him to the gym doors as Lucas Morrison walked in, his head held high. "There's your boy. Better jump to it. No one ever enjoyed peanut butter without jelly."

Dane scoffed and turned to look over his shoulder. "Which one of us is...?”

I walked off before he could turn back around. Taking my place in line, I averted my gaze from the handsome biker who stood beside the preppy and ever-popular Dane Miller. He was hoping to become a cop and had started his campaign on me the day we'd met.

Everyone wants me to be something I'm not.
I shrugged and pulled my phone out of my pocket. A text from Mateo told me to look back at my family.

A smile spread across my mouth as I did. My grandmother stood beside Mateo, waving like Elvis had risen from the dead and was standing next to me. Giving my favorite person in the world a quick wave, I turned back around, but not before catching Lucas's gaze.

He stood 6'4' and had big broad shoulders that had Coach Callahan asking him to join up on the football team year after year. It wasn't just the shoulders, though. He was a billy-bad-ass all the way. The kind of guy who walked around with an 'I don't give a fuck' look on his handsome face and actually meant it.

Out of all of the boys at McMartin High, he was the one that had stolen my deepest fantasies. Too bad he was soon to pledge to the Stone Wolves. The rival MC club to my father's was made up of a bunch of riff-raff who thought themselves to be the town’s hero-squad. Nothing could be further from the truth. Lucas was following in his dad’s footsteps. Guess he wanted to make the old man proud.

I didn't respect too many people, but my father was among the few. He had sat me down just before I entered high school and laid down the law.

"No dating anyone from the Stone Wolves. Got it, my butterfly? They are the opposite of us and we don’t intermingle with trash. Understood?" His glare had caused my stomach to hurt like hell. Every time I'd looked at Lucas "Lucky" Morrison over the next four years, I heard my dad's voice loud and clear.

But... that didn't mean I couldn't tease him mercilessly. I winked at him and licked at my top lip before turning back to listen to the instructions the principal was spewing from the front of the stage.

"Such a tease, Lena," Lucky whispered against the back of my hair and moved out from behind me before I could whip around and call him out.

Dane stood a little way behind me with a cocky smile on his face. "He's got your number."

I pulled out my phone and shook my head defiantly. "No. He. Doesn't. I ain't interested in trash."

Dane chuckled and crossed his arms over his chest. "You never were good at lying. Family trait that passed you right on by, girl."

"Selene. This way, young lady." A feminine voice called me from her silly interaction with the idiots that would soon be leaving the city and starting a new life.

Many of the kids from my graduating class would be out of there soon, but not me. I had plans to grow up in my father's graces and take over his club. They were the biggest, baddest motherfuckers in the whole state and everyone knew it.

I wanted to learn what it was exactly that kept my father in control. It was addictive—the need for attention, adoration, control, worship.

The line of robe-wearing robots in front of me turned toward the stage and snaked back down, causing the student body to twist and turn, creating a large, joyless conga line. Lucky walked toward me as I kept shuffling my feet forward.

There was no shame in the simple fact that my eyes were only for him for a moment. The soft curve of his mouth into the cocky smile he often gave me caused my heart to beat a little faster. I'd been with a few boys over my high school career, but the only one I wanted to take for a spin in the sheets hadn't been available via my father's warning. If I was ever caught with Lucas, my life would be over. And I knew he’d kill Lucas. There wasn’t a doubt in my mind. It was best I stayed away. So I did.

"Naughty, naughty Lena... What am I going to do without you in my life?" He spoke softly as we moved past each other.

I took a sharp breath and forced a tight facade of indifference to be my response. There was no time to give a rebuttal as the line kept moving. I would walk past him again, but I wanted to be ready with something good.

Teasing him was the closest thing I could get to having him. It was almost good enough.

I turned on the ball of my foot and lifted up to my toes to see him walking back toward me with a smile. I gave him one of my own and spoke a little louder than he had. I needed to make sure I got to do the poking for this round.

Miss Marple and Mystery by Agatha Christie
Spilled Milk: Based on a true story by Randis, K.L
rylee adamson 10 - blood of the lost by mayer, shannon
Forever Yours by Deila Longford
Dunkirk: The Men They Left Behind by Sean Longden
For Better or Worse (Book 2 in the Forgiving Hearts Trilogy) by Landy, Erin
Bloodsucking fiends by Christopher Moore
Grace by Natashia Deon
Temple of the Jaguar God by Zach Neal
His Stand In by Rebecca K Watts