Force of the Dark Wolf (Force of Nature Series) 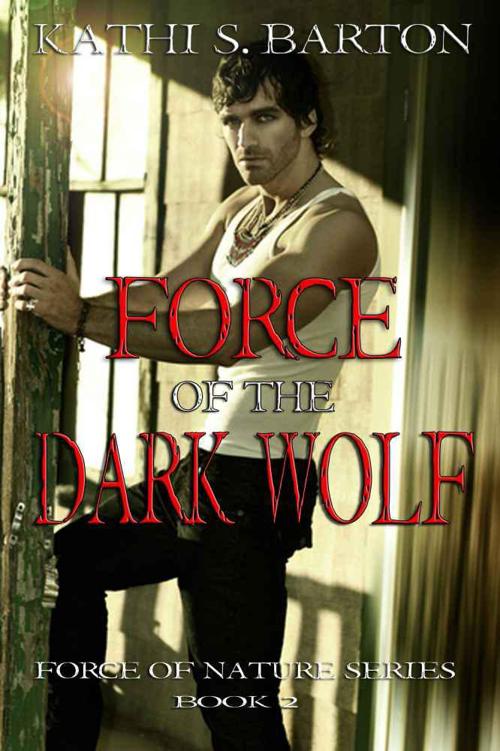 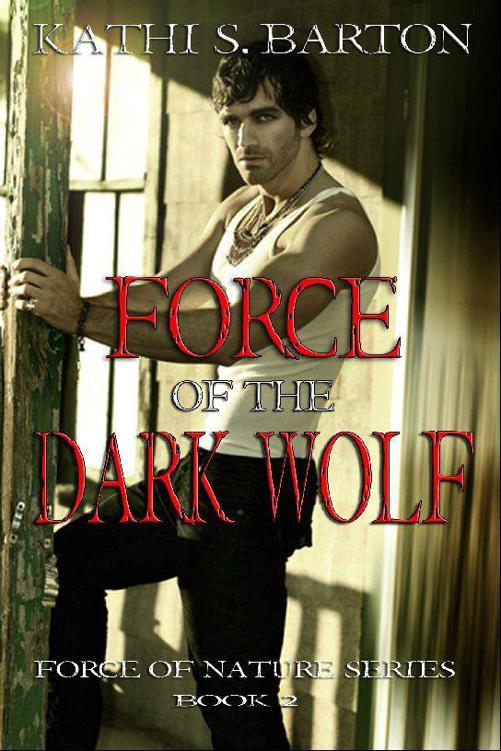 Force of the Dark Wolf

Gordon watched the women as they crossed the street.
He’d been keeping an eye on the store front, Dark Treasures
,
they
had been
coming out of for over a week now and was surprised at how much business the little shop seemed to do.
When they disappeared into a car and drove off, he got out of his cruiser and walked over to the place.

He loved what the owner had done to the old building. The place had been an eye sore for several years, hell
,
probably as much as a decade.
The new windows and the pretty flowers out front said
“
welcome
”
in a way that his new sister-in-law CJ would say was good business sense.
He just liked the way they smelled.

The window to the right as
a person
faced the building had a huge claw foot tub in it.
The towels draped around it looked soft and fluffy. The white terry cloth looked like it was at least two inches thick.
He smiled when he saw the array of rubber duckies all around the edge.
The floor of the display was covered in baskets of soaps and bottles of what he thought might be bubble bath. His mom had some of the same thing
s
in the bathroom at the pack house.
But what caught his eye were the bright gems hanging from what seemed to be nothing
,
but was in fact fishing line.
The glint of the gems sparkled in the afternoon light. The other window, the one to the left
,
was covered in brown paper and had the words
“
under construction
”
written in a bold hand.

The bell over the door announced his arrival into the establishment.
“I’ll be right out.
Don’t steal anything until I come out so I can at least take a good inventory of what you have.”

Gordon looked toward the back where a curtain fluttered in the slight breeze.
Someone, an older woman
,
spoke from the depths and he had to smile. He’d been under the impression that someone much younger ran the place.

“Hello.
The cops, huh?
Which one are you here for?
I have four working today
,
but I’m betting it’s the lot of them.” She turned back to look from the direction she’d come as a ruckus came from the back.
“Sounds like a herd of them
,
doesn’t it?”

“Herd?
No, I’m here to get something for my mother and my sisters.
And to speak to the owner if that
i
s possible.
Would that be you?” She shook her head.
“I’m Gordon Force by the way. And you would be…”

“Oh
,
pardon me. I get so befuddled when I babysit for the kids. Some days it’s like they suck me dry of energy
,
but I wouldn’t have it any other way. Like just this morning, Sis wanted to know how to make a brew to get rid of the neighborhood boy. I told her that she’d have to ask her
a
unt. Besides, we aren’t really witches as everyone says, just sell the stuff to make soaps and s
uch
.
Her aunt is much better at that than me anyway.
Then there was—
”

“Aunt Glad.”
The softly spoken words had him turning toward the papered up display.
“Why don’t you just answer his questions and let him leave
?
We have to lock up soon and take the children home.”

No one came out of the area and he looked back at who he assumed was
A
unt Glad
. S
he was smiling again.
He wondered if she was always happy or
if she
was just trying to hide something.
He started to ask her about what he’d really come for when the
“
herd
”
came through the curtained area.

The oldest
,
or he supposed he should say the tallest
,
was a pretty girl who looked like she had too much leg.
Her golden hair hung down her chest in two fat braids that looked like she’d been through a briar patch and her hair had been pulled badly. He thought her to be about a teenager or very close.
The next two were boys of about eight and ten.
He smiled at them as the
y
tumbled into the room much like him and his twin did when they were in the mood for some fighting. The littlest, a girl of about five or six
,
came in behind the rest with her thumb in her mouth.
And looked like she was mad, spitting mad.
Gordon would bet his last dollar that she ruled the roost and that she did so more like an adult than the child that she was.

“Aunt Glad, those two need to have a time out,” the little girl said after popping the thumb out.
“They knocked me over into the grass and they both know how much I hate the grass.”

“She was acting like a girl.
She was stupid and when I told her
,
she threw a rock at me.”
The older of the two boys lifted his hair off his forehead and showed the
a
unt the golf ball
-
sized knot already there.
“Then when it started to ble
e
d she acted like it was the end of the world or something.
Girls.
Who the heck needs them?”

Gordon couldn’t help it, he burst out laughing.
He knew at that moment that they’d had no idea he was there until he did. The
ir
eyes widened and the youngest was shoved behind the other girl
while
the boys took a stance in front of them.
They were protecting each other. Gordon knew immediately that someone had hurt them.

“Tim,” Glad said over the tension in the room. “You and Jake go to the kitchen and take Sis with you.
Darcy, please make sure that they wash up before they get a cookie each.”

Gordon didn’t take his eyes off the children as not one of them moved.
When Glad put her hand on the oldest child’s shoulder, she whimpered.
Gordon took a step back and walked right into someone.

“Don’t,” the voice behind him said.
“They’re very skittish.
Would you mind very much going down to their level?
I promise you they won’t hurt you. At least
,
I don’t think they will.
But one never knows about the short people
,
do they
?
They can go all over the place when it comes to
—”

The voice behind the papered area spoke again. This time he could hear the exasperation in her voice.
“Just answer his questions then get him the hell out of my store.”

He nodded before going down to his knees, ignoring the voice from beyond.
“I’m
O
fficer Force.
Hello.”
He glanced at the person behind him then at the papered up display window.