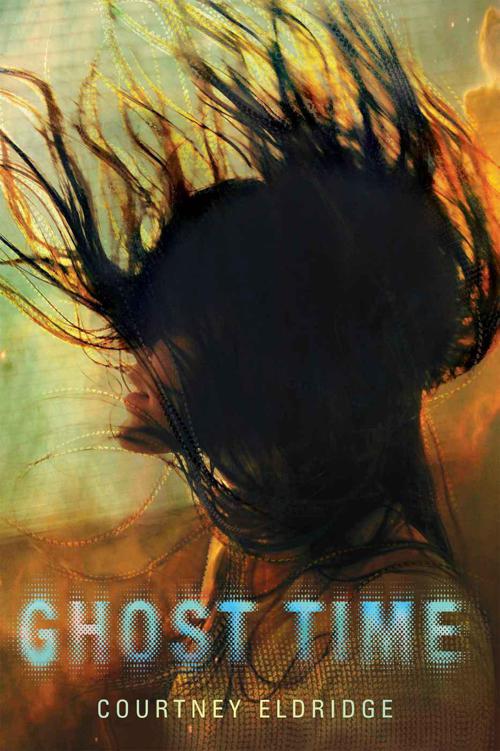 For all the artists who have made this possible.

The characters and events portrayed in this book are fictitious.
Any similarity to real persons, living or dead, is coincidental and not intended by the author.

No part of this publication may be reproduced, stored in a retrieval system, or transmitted, in any form or by any means, electronic, mechanical, photocopying, recording, or otherwise, without the prior permission of the copyright owner. Request for permission should be addressed to:

What’s funny is I used to think I made him up. Seriously, it’s been six months, but even now, like this afternoon, looking at him, the light was so amazing, I almost ran back in to get my camera, but I didn’t, because I didn’t want to miss it. I mean, it was the goldest golden-hour light, shining all around him, and looking at his face, I was just like,
You are so beautiful, what if I did make you up in my head?
And you know what he said? Right when I was thinking that, Cam looks up at me, grinning, and he was about to say something else, but he goes, Hey, Thee, maybe you should put some clothes on? Then I looked down, and my jaw just totally dropped, because it didn’t even occur to me.

Honestly, we’d already said good-bye, but after I closed the door, I was just like, No, wait, I’ve got to watch him leave, because I always watch him leave, so I went back outside. And I should’ve put some clothes on, I know, but I was right outside our
door, and I only thought I’d be out there for a second, and none of our upstairs neighbors were home yet. We live in this L-shaped two-story building that doesn’t really look like an apartment building, probably because it used to be a Super 8 Motel, but anyhow. The highway’s right on the other side of the parking lot, and there I am, in a T-shirt, sticking my ass out, leaning over the rail, showing the whole world my crack. Just what the world needs, another teenage exhibitionist, right? So Cam was looking at me, like, You gonna stand there half-naked all night? I go, All right, all right, but tell me what you were going to say before that, and Cam goes, Oh, yeah.

He looked over at this old beater truck that belongs to Al, the building’s super. I don’t know if it even runs anymore, but it has stickers all over the back window, like, Think Globally, Act Locally, whatever. Cam goes, What I was going to say is, you know what your name means, Thee? I smiled and I go, Of course, I do, and he goes,
Bzzt!
Wrong answer! Like I was supposed to play dumb, right? So I put both hands on the side of my face, and I go, Why, no, Cam, what does my name mean? He smiled, wagging his finger at me, and he goes, Believe it or not,
Theadora
is Greek for
God’s gift
. And I go, Hey, Cam, you know what Socrates said? He ignored me, even though he was grinning, and he goes, And that got me to thinking. You know those bumper stickers that say: God is coming back and is she pissed? I go, Please tell me you aren’t getting your mom one of those? Cam goes, No, but what I was thinking is, what if God wasn’t a man or woman? What if God was a teenage girl? And when he said that, I was just
like,
Whoa!
because I’d never heard anyone say that before, so I had to think about it for a second.

But then I was just like, I go, Well, no wonder the world’s so fucked up, huh? And Cam laughed, shaking his head at me, before getting in his car. It was cold, and I was just like,
Brrrr!
totally nipping out, completely covered in goose bumps. But I still waited until he honked and turned around before I went back inside and closed the door. Except then all I could do was lean against our front door, rattling it with my fists and screeching
Eeee!

Seriously, I just stood there, leaning my back against the door, before I slid down to the ground, laughing, because I could still hear Cam’s voice. I could still hear him and feel him next to me from when we were in my room, before he left. We were in bed, and he was there, but he wasn’t there—I don’t know where he was. Cam was so spaced out all afternoon, and I could even feel it in his body, you know, so finally I had looked up and I said, Where are you?

He was staring at my ceiling, and he nodded, smiling, and he said, I was just thinking how, when I was a kid, we used to have this telescope, and every night before bed, my dad would show me the stars, explain about planets and gravity and light—those were my bedtime stories, he said. And I’ll never forget the time Dad told me that given the incredible distance light must travel, any star I saw shining in the sky might actually be dead. So right away, I said, But then how do you know
we’re
alive, Dad? Doesn’t it work both ways? What if there are stars looking at us, thinking the same thing right now? I didn’t understand why, but my dad
was so proud of me, he told my mom what I said at dinner. That night he got this idea, because I always hated going to bed. I used to kick and scream every night at bedtime. So the next day, my dad put those glow-in-the-dark stars on my ceiling. Remember that star wallpaper, Thee? he said, and I nodded my head yes. I never had it, but I remember it, and Cam said, After he hung up the Milky Way, the first night, tucking me in, my dad said not to tell anyone, not even my mom, because I had the secret of the whole universe right on my ceiling, where no one would ever think to look—except me.

It made me smile, listening to him, because Cam never really talked about his family. So I kept quiet, hoping he’d keep talking, and he did. He said, From then on, my mom never had to force me to go to bed again, because I could look at my stars all night. I did, too—they used to keep me up at night, he said, kissing the top of my head. Because stars made me think about time, and time made me want to learn about physics and math, and once I found math, he said, his muscles tensing beneath me. I had to bite my tongue, because he was on such a roll, I didn’t want him to stop talking, when he said, Who’s to say that time is any one thing? Who’s to say that time moves in any one direction, and that the only direction is forward? What if time isn’t one thing, but many, Thee? What if time is plural, and time can move forward and backward? What if there are two times, moving forward and backward, simultaneously, like two men in a duel? Think about it: what if time can play tricks on itself, sneak up on itself—Ghost Time, he said. What’s that? I said, and he said, That’s what I call it, the equation I’m working on: Ghost Time.

Genesis by Kaitlyn O'Connor
Iced to Death by Peg Cochran
Scriber by Dobson, Ben S.
Always Darkest by Kimberly Warner
The Enchantress by May McGoldrick
By Any Other Name by Noel, Cherie
Gringos by Charles Portis
Schooled: The Mastered Series by Lorelei James
The Guilty by Sean Slater
Twister: Party Games, Book 3 by Lexxie Couper