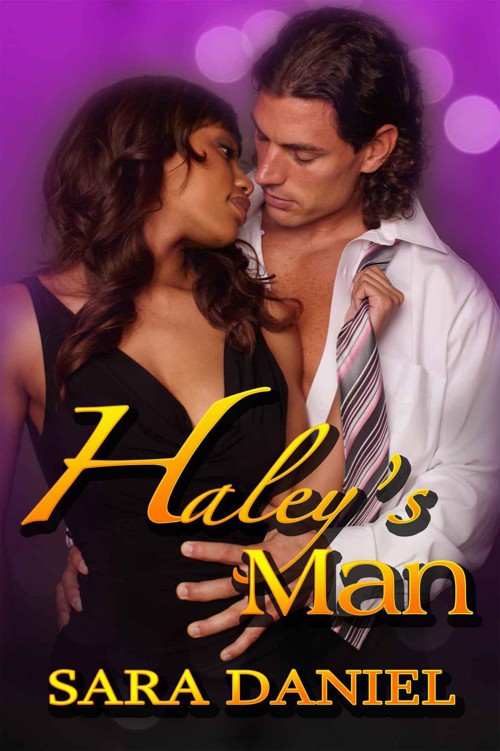 All
Rights Reserved. No part of this book may be reproduced, scanned, or
distributed in any form, or by any means without the prior written permission
of the author, excepting brief quotations used in reviews.

All
characters in this book are fiction and figments of the author’s imagination.

This
ebook is licensed for your personal enjoyment only. This ebook may not be
re-sold or given away to other people. If you would like to share this book
with another person, please purchase an additional copy for each person. If you’re
reading this book and did not purchase it, or it was not purchased for your use
only, then please return to Amazon.com and purchase your own copy. Thank you
for respecting the author’s work.

The
author acknowledges the copyrighted or trademarked status and trademark owners
of the following wordmarks mentioned in this work of fiction: Godiva, iPad, Tupperware,
NASCAR

When
Harry Met Sally Fan:
I have a fantasy of having an orgasm while
I’m surrounded by my friends, a reverse of the famous restaurant scene from my
favorite movie.

Heart
pounding with anticipation and longing,
Haley’s Man
stared at the
screen. He didn’t even think of himself by his own name. He was hers and had
been from the moment he’d first laid eyes on her.

Haley
had confessed years ago to lurking on a sexual fetish forum. Today she’d finally
posted—fifteen minutes ago, according to the time stamp. Already, she had
forty-six offers to help her get off.

Where
do you live? I’ll have sex with you and your friends.

He
skimmed the rest of the offers, each cruder than the one before, then returned
to her original post. He’d wanted Haley long before he’d had any inkling she
had unfulfilled fantasies. Why would she? As the life of every party, she
always had the hottest guy on her arm.

Too
nerdy and reserved to be that guy, his dreams of holding her never materialized.
The stars might not align again if he didn’t jump on this chance. Fate had
taken every opportunity to thwart him thus far. But how could he convince her
he wasn’t a pervert or creepy stalker like the forty-six guys in line before
him?

By
the time she’d read through forty-six replies, Haley Miller regretted posting.
The responses made her want to dive headfirst into a tub of antibacterial hand
sanitizer. Number forty-seven, however, stopped her mid-scroll.

Haley’s
Man:
Next time you’re with your friends, wear a
skirt and no panties.

Instead
of an offer or a suggestion, this person had issued an order. How would he know
when and where she would be out with friends? How did he know her real name? If
he didn’t, why had he picked that screen name?

She
stared at her iPad, paced to the other end of her apartment and then wandered back.
Three more people had replied while she was gone, but their offers were of the
creepy and crude variety. Hovering her finger over the screen name
Haley’s Man
,
she opened a private chat.

After
a long pause, a new sentence appeared at the bottom of the screen.

Haley’s
Man:
I want to make a woman come without her knowing
my name or seeing my face.

When
Harry Met Sally Fan:
Are you disfigured? Wanted for a felony?
Married?

Haley’s
Man:
No, no, and no. You can see my face as soon as
you climax.

The
fantasy flared to life, making her desperate to hit that high note of pleasure.
She slipped her hand inside the waistband of her panties, while typing one-handed.

Haley’s
Man:
Wait for tonight. For me.

Trembling,
she pulled her hand free. Another order…or a plea?

How
did he know she’d be with her friends tonight? She’d been invited to Gina and
Charlie’s to watch the basketball finals. She couldn’t care less about sports, but
she loved hanging out, making drinks for her friends while everyone cheered and
groaned in unison.

Now
she couldn’t wait to find out if this mystery man could really deliver an
orgasm while she stood amongst her friends. If the guy turned out to be a
stalker, she’d be safer with her friends than alone in her apartment.

Her
gut told her he wasn’t, though. The more she thought about living out her fantasy,
the more excited she became.

She
smoothed her hand over the crotch of her yoga pants, then groaned in
frustration. She’d wait for him. Her fingers and toys wouldn’t be able to truly
satisfy the aching need of her dreams. Her pent-up desire prevented her from
thinking of anything but the mysterious
Haley’s Man
who would bring her
second biggest fantasy to life.

Haley
flattened the back of her skirt with one hand, battling the wind’s attempt to
blow it up and expose her bare ass to Gina and Charlie’s neighbors.

“You’ll
never believe who’s back?” Gina’s green eyes glittered as she met Haley at the
door.

“Who?”
Haley asked, stepping inside. She’d debated wearing a tight skirt that wouldn’t
ruffle during a hurricane, but she’d wanted her soon-to-be-lover to have plenty
of room for his hands and any other body part he intended to pleasure her with.

“No
way.” Already at the point of squirming, hearing his name was enough to make
her cream her panties—if she’d been wearing any. The one thing she fantasized
about more than having an orgasm in front of her friends was Seth. “Did he move
back permanently, or is he visiting?”

“He’s
not going back to China. That’s all I know,” Gina said, closing the door.

The
timing could have finally been perfect…if Haley hadn’t arrived bare-assed in a
short skirt to have some stranger give her an orgasm in front of him. Before
the night was over he’d think she was some kind of nympho freak. Which might turn
on some guys. But Seth had always been a super-serious, quiet engineer who
dated sweet, demure women.

No
surprise he’d never made a play for the girl who made drinks for all her
friends, shouted across the bar, and posted her sexual fantasies on the
Internet. “I’ll say hi. Where is he?”

“Downstairs
with everyone else unless he was the one who came up to get the Scotch.” Gina
made a face at the mention of the guys’ preferred extravagance.

“You
won’t be drinking those shots. I’m making an adult beverage you’ll appreciate,”
Haley assured her.

A
jubilant shout filtered up the staircase, proving the party in the basement was
in full swing.

“Be
careful if you go outside,” Gina continued. “I asked Charlie, like, fifty
times, and he still didn’t fix the floodlight. The only light in the backyard
comes from inside the house.”

Haley’s
nipples beaded at the thought of convincing Seth to join her alone on the
patio. She’d wrap her legs around his waist and drive him in for a slam dunk
while their friends were transfixed by the basketball game inside. What man
wouldn’t enjoy that kind of welcome home after being out of the country for a
year?

She
sighed. Probably not one who’d just watched another man give her an orgasm in
front of him. She embraced her healthy sexual appetite, but she wasn’t a slut. “I’m
not planning to go outside, but I do need to raid your fridge. Do you have any
half-and-half? Mine’s expired, and I’m making chocolate martinis.”

“Oh
yum, talk about a drink I can appreciate. You are so good to me, Haley. No
half-and-half in the mini-fridge downstairs, though. Take the one from the
kitchen.” The doorbell rang as Gina spoke. “That’s the pizza guy.”

Haley
scurried to the kitchen before the blast of outside air lifted her skirt and she
mooned the pimply-faced kid at the door. Someone was squatted in front of the
open refrigerator, extending his arm along a low back shelf where Charlie kept
the Scotch.

“I’m
going to reach over your head,” Haley announced, not wanting to surprise him,
as she spotted the half-and-half.

The
man turned and looked up, pinning her with a steady hazel gaze, his dark hair
pushed back from his face.

“Haley.”
Her name rolling off his tongue felt like one long delicious lick over her sex.
He jumped to his feet, bring himself to eye-level with her—a good thing, since
he’d been in a position to look directly up her skirt.

She
could have stared for hours at his lopsided smile and brown hair that curled in
ringlets below his ears. She scrambled to cover that she’d been gawking.
“You’re not wearing your glasses.”

“Contacts.”
Not turning from her, he nudged the refrigerator door closed.

She’d
never seen him without his wire-rimmed glasses before. Even while wearing a
white dress shirt with a pink and gray striped tie, his sweet, safe image
transformed into that of a dashing, unpredictable man. “Oh. Well, you look
good.”

As
soon as the words were out, she wanted to kick herself. W
ay to come up with scintillating
conversation, Haley.
No wonder he never wasted his time chatting with her.

“So
do you.” He brushed a strand of her wavy black hair behind her ear. “So, who’s
the lucky boyfriend right now?”

She
hesitated, absently loosening the knot of his tie. Her single status wasn’t in
question, but she’d already booked an orgasm for the evening. Why couldn’t she hit
on the right timing with Seth?

When
she’d first met him, she’d been dating Loser Luke. By the time she’d shaken him
loose, Seth had a girlfriend. Unable to stand how perfect they were together, she’d
taken a job across the country.

She’d
picked up a new boyfriend on that cross-country move but missed her friends so
much she jumped on a job transfer to come back home. The job was great; Ogre
Owen, not so much. Seth, meanwhile, had found another soft-spoken girlfriend.

At
the same time, her company was branching into the Asian market. Disgusted with
the constant jealousy she felt toward Seth’s girlfriends, Haley volunteered to
help with the overseas launch. By the time she returned, all traces of her ex-boyfriends
were gone.

So
was Seth. He’d taken a job in China.

Now
for the first time in nearly eighteen months they were both in the same
country, in the same room, and she’d promised her vagina to some random guy.

“Never
mind,” Seth said, dropping his hand. “None of my business.”

“No
boyfriend,” she clarified, her chest aching from the loss. “Just…plans.”

“Maybe
I could change those plans.” His hand settled on her cheek again.

“You
can try.” She gave him a sassy grin, unable to resist the opportunity to flirt.
“Give it your best shot.”

He
grasped her shoulders and spun her against the counter. She gasped in surprise
and delight at the emergence of his alpha side. Her shoulder pressed along the
side of the fridge. He stood so close, enveloping her with the heat radiating
from his body. He didn’t kiss or touch. He simply stood, staring into her eyes.