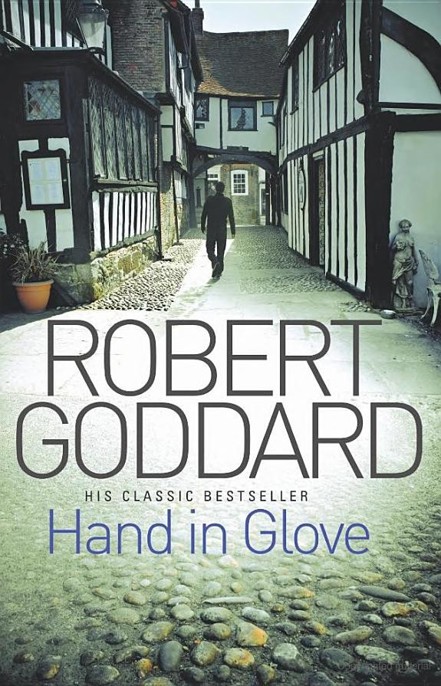 SUMMARY:
In her seaside cottage, Beatrix Abberley bravely confronts an intruder moments before her life is brutally taken. The crime stuns the elderly spinster’s family—especially Beatrix’s niece, Charlotte Ladram. But Charlotte has little time to mourn the loss of her beloved aunt and little patience when police quickly arrest a man Charlotte believes is innocent. For Charlotte, a harrowing quest for answers begins—one that will take her into the shadows of the past…and into the life and secrets of the dead woman’s brother, famed poet and casualty of the Spanish Civil War, Tristram Abberley.Now, amid shattering revelations about her family, and in the aftermath of a second savage crime, Charlotte finds herself at the center of a widening storm. And for Charlotte, something extraordinary is beginning to happen. As fifty years of secrets begin to unravel, shy, cautious Charlotte is coming alive in the shadow of a mystery—uncovering a shocking tale of wartime greed and treachery, and a vendetta of violence seemingly without end….

This book has been optimized for viewing 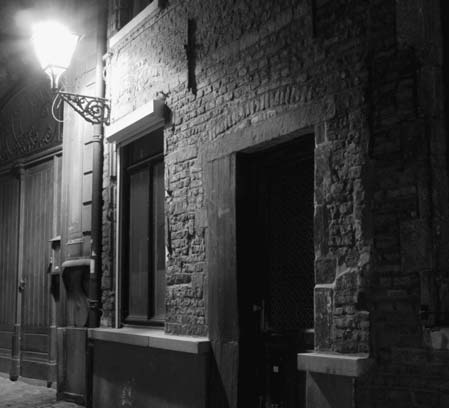 This is a work of fiction. While, as in all fiction, the literary perceptions and insights are based on experiences, all names, characters, places, and incidents either are the product of the author’s imagination or are used fictitiously. No reference to any real person is intended or should be inferred.

Iam grateful to Tina Maskell-Feidi for guidance on the use of Greek in this book and to the commanding officer and staff of Britannia Royal Naval College, Dartmouth, for information on life at the college in the 1960s.

There it was: the same sound again. And this time she knew she was not mistaken. Sharp metal on soft wood: the furtive, splintering sound of the intrusion she had long foreseen.

This, then, was the end she had prepared for. And also the beginning.

She turned her head on the pillow, squinting to decipher the luminous dial of the clock. Eight minutes to two. Darker—and deader—than midnight.

A muffled thump from below. He was in. He was here. She could no longer delay. She must meet him head-on. And at the thought—at the blurred and beaming clock-face before her—she smiled. If she had chosen—as in a sense she had—this would, after all, have been the way. No mewling, flickering fade from life. Instead, whatever was about to follow.

She threw back the covers, lowered her feet to the floor and sat upright. The drawing-room door had been opened—cautiously, but not cautiously enough to escape her. He would be in the hall now. Yes, there was the creak of the board near the cupboard under the stairs, abruptly cut short as he stepped back in alarm. “No need to worry,”

she felt like calling. “I am ready for you. I will never be readier.”

She slid her feet into their waiting slippers and stood up, letting the night-dress recover its folds about her, letting the frantic pace of her heart slacken. There was probably still time to pick up the telephone and call the police. They would arrive too late, of course, but perhaps . . . No. It was better to let them believe she had been taken completely by surprise.

He was on the stairs now, climbing gingerly, keeping to the edges of the treads. An old trick. She had used it herself in times gone by.

Another smile. What use was reminiscence now, far less regret? What she had done she reckoned, on the whole, she had done well.

She reached out and picked up the torch from the bedside cabinet.

She set off across the room, concentrating on action to deflect any doubts that these last moments might bring.

She had left the door ajar and now, raising it fractionally on its hinges, swung it open in absolute silence, then stepped out on to the landing. And froze. For he was already rounding the bend near the top of the stairs, a black hunched shadow visible only because she had known he would be there. Her heart pounded in her throat. For all the preparation—for all the rehearsal—she was frightened now. It was absurd. And yet, she supposed, it was only to be expected.

As he reached the landing, she raised the torch, holding it in both hands to stop it shaking, and pushed the switch with her thumb. And there, for an instant, like a rabbit in a headlamp, he was caught, dazzled and confused. She made out jeans and a black leather jacket, but could not see his face clearly past the object he was holding up to shield his eyes. Not that she needed to, because she knew very well who he was. Then she recognized what he had in his hand. One of the candlesticks from the drawing-room mantelpiece, his fingers en-twined in its brass spirals. It was upside-down, with the heavy sharp-rimmed base held aloft.

“Hello, Mr Spicer,” she said in as steady a voice as she could command. “It is Mr Spicer, isn’t it?”

He lowered the candlestick an inch or so, struggling to adjust to the light.

“You see, I knew you were coming. I’ve been waiting for you. I could almost say you were overdue.”

She heard him swear under his breath.

“I know what you’ve been paid to do. And I know who’s paid you to do it. I even know why, which is more, I suspect, than—”

Suddenly, time ran out. The advantage of surprise expired. He launched himself across the landing and seized the torch from her grasp. He was stronger than she had supposed and she was weaker. At any rate, the disparity was greater. As the torch clattered to the floor, she realized just how frail and helpless she really was.

she fell with it, crumpling to the foot of the balustrade before the lance of pain could reach her. She heard herself moan and made to raise her hand, dimly aware that he was about to strike again. But she would not look. Better to focus on the stars she could see through the uncurtained window, scattered like diamonds on jeweller’s velvet.

Tristram had died at night, she recalled. Had he glimpsed the stars, she wondered, as death closed in? Had he imagined what would become of her without him? If he had, this would surely not have been it, for this he could never have anticipated. Even though the makings of it were there, beside him, as he died. Even though—

Hello?” “Charlie? This is Maurice.”

“Maurice? What a lovely surprise. How—”

“Dead, I’m afraid. Mrs Mentiply found her at the cottage this afternoon.”

“Yes. All right. Yes, perhaps you could. Maurice—”

“I’m sorry, Charlie, really I am. You were fond of her. We all were. But you especially. She’d had a good innings, but this is . . . this is a God-awful way to have gone.”

“In the furtherance of theft, I suppose. Isn’t that how the police phrase it?”

“Mrs Mentiply said there were things taken. But let’s not jump the gun. Let’s get there and find out exactly what happened.”

“How was she killed?”

“Have a stiff drink or something, eh? It’ll help, believe me.”

Charlotte put the telephone down and walked back numbly into the lounge. The house seemed even larger and emptier than usual now this latest sadness had come to add its weight to the silence. First her mother, with lingering slowness. Now, with sudden violence, Beatrix too. Tears filled her eyes as she looked around the high-ceilinged room and remembered them gathered there, in paper hats, to celebrate one of her childhood birthdays. Her father would have been present too, of course, grinning and tickling and casting animal shapes on the wall with the shadows of his clenched fingers in the firelight. Now, thirty years later, only her shadow moved as she turned towards the drinks cabinet, then stopped and slowly turned away.

She would not wait. She had done enough of that over the years, more than enough. Instead, she would leave a note for Maurice and drive herself to Rye straightaway. No doubt there was nothing to gain by it, except the relief that mobility might bring. It would stop her moping, at all events. That is what Beatrix would have said, in her brisk no-nonsense way. And that, Charlotte supposed, was the least she owed her.

It was a still June evening of hazy sun, mocking her grief with its perfection. A sprinkler was swishing on the neighbouring lawn as she went out to the garage, a dove cooing in the trees that screened the

road. Death seemed preposterously remote in the perfumed air. Yet death, she knew, was here to dog her steps once more.

As if to outrun it, she drove with reckless speed down across the Common and out along the Bayham road, past the cypress-fringed cemetery where her parents lay, south and east through the somno-lent woods and fields where she had played and picnicked as a girl.

She was thirty-six years old, materially better off than she had ever been in her life, but emotionally adrift, assailed by loneliness and barely suppressed desperation. She had given up work—one could hardly call it a career—in order to nurse her mother through her final illness and thanks to what she had inherited did not need to resume it.

Sometimes, she wished she were not so independent. Work—however humdrum—might introduce her to new friends. And economic necessity might force her to do what she knew she ought: sell Ockham House. Instead of which, since her mother’s death seven months before, she had departed mournfully for a long holiday in Italy and had returned from it none the surer what she wanted from life.

Perhaps she should have asked Beatrix. After all, she had seemed happy—or at least content—in her solitude. Why could Charlotte not be the same? She was younger, of course, but Beatrix had been her age once and even then had been a woman alone. She overtook a trac-tor and trailer, calculating as she did so in what year Beatrix had been thirty-six.

Nineteen hundred and thirty-eight. Of course. The year of Tristram Abberley’s death. A young man of artistic temperament carried off by septicaemia in a Spanish hospital, little realizing the fame posterity would heap upon him or the fortune it would confer upon his heirs.

Behind him, in England, he had left a young widow, Mary—of whose subsequent remarriage Charlotte was the issue; a one-year-old son, Maurice; a solitary sister, Beatrix; and a slender body of avant-garde poetry destined to be enshrined by the post-war generation in A level syl-labuses up and down the land. It was Tristram Abberley’s posthumous royalties that had set up Charlotte’s father in business, that had paid for Ockham House and Charlotte’s education, that had left her as free and friendless as she currently was.

For this, she realized with a sudden drying of the throat, was what Beatrix’s death represented: the loss of a friend. She was old enough to have been Charlotte’s grandmother and in the absence of a real one had happily filled the role. During her schooldays, Charlotte had spent most of every August with Beatrix, exploring Rye’s cobbled alleyways, 8