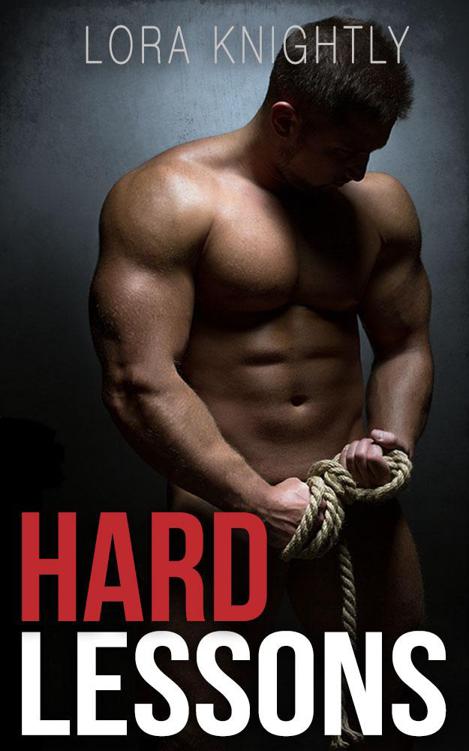 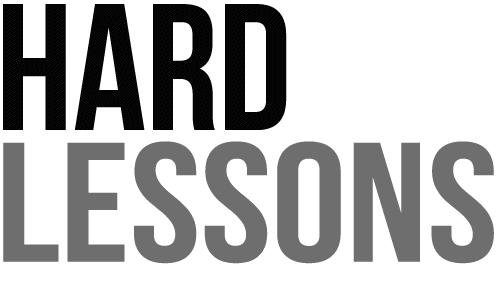 This is a work of fiction. Any references to historical events, real people, or real locales are used fictitiously. Other names, characters, and incidents are products of the author's imagination, and any resemblance to actual persons, living or dead, is entirely coincidental.
HARD LESSONS
All rights reserved.
Copyright ©2015 by Lora Knightly
No part of this document may be reproduced or transmitted in any form or by any means, electronic or otherwise, without prior written permission by the author.
To contact the author, please email
[email protected]
Sign up to find out about new releases, contests, and more at
loraknightly.com
.

Jessica sat hunched over a desk with her head in her hands. She was in the university library, scanning her eyes over page after page of equations in her physics textbook. She had an exam in twenty minutes, and she couldn’t concentrate at all. She hadn’t been able to concentrate all semester. But she couldn’t fail the midterm, or the professor would let her have it, both in class and out.

For Jessica had the rare misfortune of being the professor’s stepsister.

She lived in the dorms now, instead of at home, and it was her first experience being free of the domineering and restrictive control of her stepbrother, Mitch. When she lived at home, she wasn’t allowed to do anything. It was always work, work, work. And even the few moments she got to herself, it seemed like her stepbrother was always aware of what she was doing. There was no chance to slack off. And there was absolutely no opportunity to
experiment
with boys.

Jessica, now free to do what she pleased, spent the last few months of her freshman year completely obsessed with sex.

She was even thinking about it now, if she was honest with herself, as she stared blankly at the letters and numbers of the formula for mass or speed or whatever it was. She had been reading this same line of text for nearly twenty minutes now, her eyes going back and forth, as her mind started to visualize something different—something more appealing.

Like her RA Ben. Ben had short brown hair and a distracted, boyish face. He also had a thick cock, or so she had heard.

Before she realized it, she was wet and touching herself under the desk.

She looked up, embarrassed, and saw that nobody else had noticed. She was seated at a small desk by the floor-to-ceiling window, hidden from the main stairwell by the stacks. There were a few other students studying, all girls, their heads bent down in concentration. It was silent except for the occasional sound of footsteps down an aisle and the hum of the fluorescent lights above.

Jessica stared out the window for a moment, looking down below. She was on the third floor of the library, and she could see the public park across from the library.

Crowds of students were huddled at a crosswalk. The wind rustled through the golden and brown leaves of the trees and whipped the hair of the pedestrians. Although she liked the foliage and the smells of fall, she would miss the shorts and tank tops of summer. She’d miss seeing the calves of guys walking down the halls, or staring at boys in gym shorts, trying to look up their pant legs.

Then she realized she was distracted again and shook her head. She turned back to her book and forced herself to read the formula to herself in a whisper. Her foot tapped and she started to enjoy the sensation. She pushed back the textbook with frustration.

She pushed back the chair and its legs screeched against the linoleum floor. A girl a few desks away looked up at the noise, and then back down again. Jessica left the book open on the table and walked casually along the windows until she got to the end of the row. There was a grey door with a pictogram of a woman on it. She pushed inside and let the door wheeze shut behind her.

These were tiny restrooms. Two small stalls were on one side, and two sinks across from them.

It was empty. These restrooms on the upper stories were almost always empty. Jessica went inside the far stall and locked the door behind her. Then she dropped her jeans and underwear to her ankles and sat down.

She was already plenty wet, and it didn’t take more than a few deft touches to get herself fully in the mood. She reached up and touched one of her breasts, imagining it to be a guy pawing at her. Guys had always seemed surprised at the size of her breasts, mostly because Jessica herself was so small. She was only 5’2” and barely 100 pounds. But she pulled it off well, having plenty of attitude to counterbalance her small stature. She had an impudent, almost boyish face and brown layered hair. She was also told she had a delicious ass, even though no one had actually tasted it before.

She took out her phone and logged into a hookup app. She had an account here that she used to meet guys. Her profile picture was of her torso wearing nothing but a bra, sticking out her breasts seductively. She never traded photos of her face, for fear of running into the men on campus. It wasn’t that she was ashamed of sex. It was more than she would prefer that certain urges didn’t become public knowledge.

Like her desire to be dominated, especially by a powerful older man.

The profiles were sorted by distance, and usually on campus there were a decent range of guys within a mile or so. The app had been very exciting at first, but after a few days, it became clear that the same fifteen or so guys were always online, and she checked in now more out of boredom and sexual frustration than anything else.

But to her surprise, a new profile popped up within such a short distance of her that the man must be on campus himself. He had a faceless photo as well, except he was wearing a suit and tie in his profile pic.

She clicked on his profile: 6’2”, muscular build, professional job. Dom. Likes: younger women with fine asses who can follow orders.

She messaged him instantly, waiting impatiently in the stall for him to respond.

Her heartbeat increased instantly at his response.

Her:
Hi sir. You looking for a sub?

He didn’t reply right away, and she was worried that she had chased him off. Then, after a full minute, he replied.

Her:
I’ll be good for you, sir. But I must admit I’ve had some bad urges lately.

Him:
Sounds like you need to be spanked. Taught a lesson?

Her:
I am here to learn.

Her:
Yes, sir. In need of a good teacher.

Him:
It just so happens, that’s what I do for a living.

She was getting close now. Enough of the chatter.

Her:
Nice. Got any more pics?

A picture was sent next to Jessica. A man’s throbbing cock was the focal point. It was large and thick, with plump balls hanging underneath. The head was large and smooth, tilted up with his erection. The photo was angled down to show khakis around his ankles, and thick muscular thighs covered with dark hair.

She imagined his thick shaft plunging into her while the man held her down.

Her:
Very much, sir
.
I would like to be of service to you.

Him:
Would you let me use you? Every hole of your body?

Her:
Yes. I would be yours to use.

Hurriedly, she angled her phone down and took a picture of herself, pulling open the lips of her pussy to show how wet he made her. She sent it.

Him:
Aren’t I supposed to be giving you the orders?

In response, she sent a topless photo, one that again was cropped to remove her face.

A minute passed. Then he finally responded with a second photo. He had come along the ground, but some of it had gotten on his brown dress shoes and on the cuff of his pressed khakis.

Him:
Came a lot to that. Messed up my pants even. I’ll have to punish you for that when we meet.

Him:
But I’ve got to run now. Chat later?

Him:
Don’t get off without me.

He logged off. She felt immediately alone. Then she remembered she was supposed to be in a rush. She closed the app to check the time.

“Shit!” Jessica whispered. “Shit, shit, shit.” She pulled up her pants and opened the stall door, zipping up as she stopped to check herself in the mirror. Then she rushed out of the restroom, trying not to run as she passed the other students on the way to her desk.

Her physics book was still open to the same page, and Jessica sat down. She flipped the pages frantically, trying to memorize the complex diagrams and formulae. She cringed, realizing how unprepared she was. If she failed this exam, her stepbrother was going to kill her.

At 2:36, she reluctantly closed the book and slipped it into her backpack. She crossed through the stacks, shaking her head and trying not to panic, and found she was thinking more of her stepbrother’s reaction than reviewing the contents of the textbook.

The Hurricane by Howey, Hugh
Chosen by the Alpha by Carter, Mina
The Purest of the Breed (The Community) by Tappan, Tracy
The Man From Her Past by Anna Adams
Hart by Kelly Martin
Cherringham--The Curse of Mabb's Farm by Matthew Costello
Risky Business by Nicole O'Dell
The Black Feather by Olivia Claire High
The Begining (The Navigator Book 1) by Ben Winston
Longarm and the Train Robbers by Tabor Evans