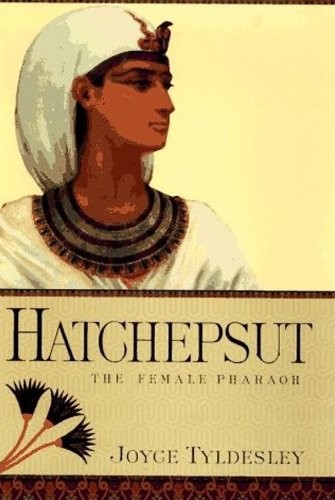 Joyce Ann Tyldesley was born in Bolton, Lancashire. She gained a first-class honours degree in archaeology from Liverpool University in 1981 and a doctorate from Oxford University in 1986. She is now Honorary Research Fellow at the School of Archaeology, Classics and Oriental Studies at Liverpool University, and a freelance writer and lecturer on Egyptian archaeology. Her books, which are published by Penguin, include
Daughters of Isis: Women of Ancient Eygpt, Hatchepsut: The Female Pharaoh, Nefertiti and Ramesses: Egypt's Greatest Pharaoh
.

2 A Strong Family: The Tuthmosides

7 Senenmut: Greatest of the Great

8 The End and the Aftermath

1 The Temple of Amen at Karnak. (Werner Foreman Archive)

2 The Valley of the Kings.

3 Hatchepsut as king offering before the barque of Amen. (Block from the Chapelle Rouge, Open-Air Museum, Karnak)

5 Seated statue of Hatchepsut from
Djeser-Djeseru
showing the king with a female body and male accessories. (The Metropolitan Museum of Art, New York, Rogers Fund and Edward Harkness Gift, 1929 [29.3.2])

7 Scene showing the gods crowning King Hatchepsut, which had been attacked in antiquity.

11 The standing obelisk of Hatchepsut at the heart of the Temple of Amen, Karnak. (Werner Foreman Archive)

13 Senenmut and the Princess Neferure. (Cairo Museum and British Museum)

16 The carefully erased image of Hatchepsut. (Temple of Amen, Karnak)

1.2 The cartouche of King Kamose

1.3 The cartouche of King Ahmose

2.4 The cartouche of King Amenhotep I

2.5 The cartouche of King Tuthmosis I

3.1 The infant Hatchepsut being suckled by the goddess Hathor (after Naville, E., 1896,
The Temple of Deir el-Bahari
, 2, London, Plate LIII)

3.3 The cartouche of King Tuthmosis II

3.5 Plan of Hatchepsut's first tomb (after Carter, H., 1917, A Tomb prepared for Queen Hatshepsuit and other recent discoveries at Thebes,
Journal of Egyptian Archaeology
4, Plate 20)

4.1 The cartouche of King Maatkare Hatchepsut

4.4 Hatchepsut and Amen on a block from the Chapelle Rouge

4.6 The goddess Isis from the sarcophagus of Hatchepsut

6.1 Plan of the Speos Artemidos (after Fairman, H. W. and Grdseloff, B., 1947, Texts of Hatshepsut and Sethos I inside Speos Artemidos,
Journal of Egyptian Archaeology
33, Fig. 1)

6.2 Reconstruction of the Amen temple at Karnak during the reign of Hatchepsut

7.2 Sketch-portrait of Senenmut from the wall of Tomb 353

8.1 The cartouche of King Tuthmosis III

8.2 Tuthmosis III being suckled by the tree-goddess Isis (after Stevenson Smith, W, revised by W. K. Simpson, 1981,
The Art and Architecture of Ancient Egypt
, New Haven and London, Plate 257)

8.3 Tuthmosis III and his mother Isis, boating through the Underworld (after Stevenson Smith, W, revised by W. K. Simpson, 1981,
The Art and Architecture of Ancient Egypt
, New Haven and London, Plate 257)

Many people have helped with the preparation of this book, and I would like to express my gratitude to all concerned. First and foremost I must thank my husband, Steven Snape, for his unflagging support, encouragement and cooking. Thanks are also due to Eleo Gordon and Sheila Watson who gave practical advice whenever needed, to Bill Tyldesley who provided translations from German sources, and to the members of the Liverpool University S.E.S. photography department, Ian Qualtrough and Suzanne Yee, who produced photographic prints at lightning speed. Plates 5 and 10 are published by kind permission of the Metropolitan Museum of Art, New York. 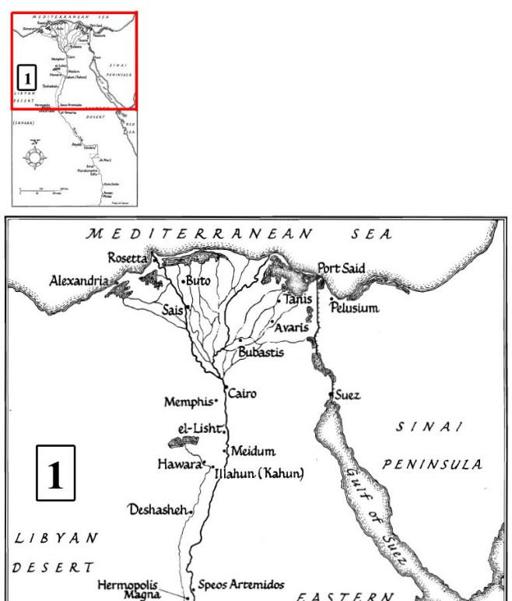 What She Saw... by Lucinda Rosenfeld
Lovers & Players by Jackie Collins
An Assassin’s Holiday by Dirk Greyson
Wicked Obsession (Bend to My Will #6) by Emily Jane Trent
The Archer's Gold: Medieval Military fiction: A Novel about Wars, Knights, Pirates, and Crusaders in The Years of the Feudal Middle Ages of William Marshall ... (The Company of English Archers Book 7) by Martin Archer
Bad Mother: A Chronicle of Maternal Crimes, Minor Calamities, and Occasional Moments of Grace by Ayelet Waldman
Out of My Mind by White, Pat
Chloe Zombie Apocalypse series (Book 1): Chloe by Casey, Ryan
Beyond the Power of Your Subconscious Mind by Jensen, C. James
The Scent of Pine by Lara Vapnyar