Tags: #Heligoland: The True Story of German Bight and the Island that Britain Forgot 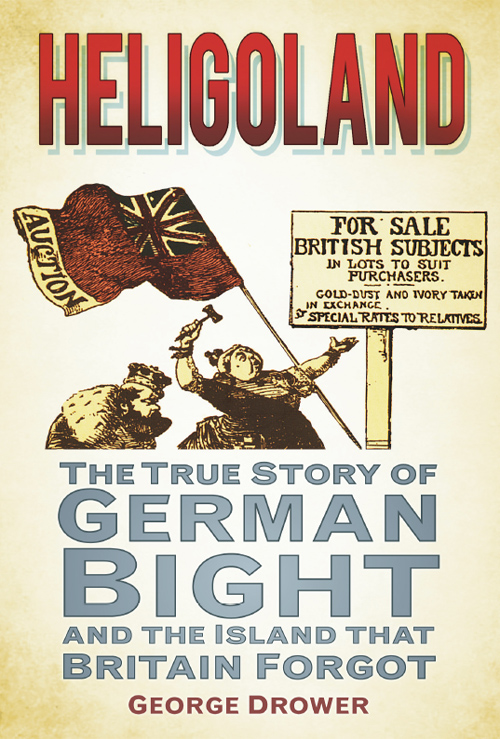 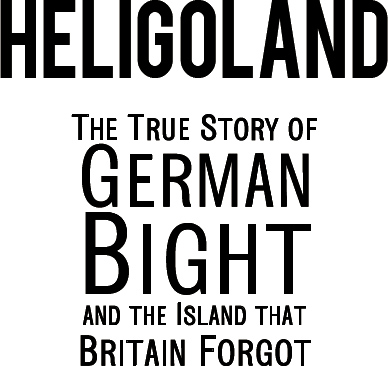 The right of George Drower, to be identified as the Author of this work has been asserted in accordance with the Copyrights, Designs and Patents Act 1988.

‘There are warnings of gales in Viking, North Utsire, South Utsire, Forties, Dogger, Fisher . . .’. Those sea area reports, which are read out on the UK’s Radio 4’s Shipping Forecast, all have their own recognisable personalities and quintessentially British-sounding names. A curious exception is the one called ‘German Bight’. It is a wild 20,000-square-mile area of sea and coast which stretches between two headlands: near the Dutch island of Texel, to the Jutland port of Esbjerg. For many centuries seafarers knew this tempestuous corner of the North Sea as the ‘Heligoland Bight’. That was until 1956 when, in the absence of any British government objections, the Meteorological Office agreed for it to be renamed. For secretive reasons it was not Germany which preferred to keep Heligoland Bight airbrushed out of its history, and with it the remarkable story of the forgotten island at its heart – from which the Bight’s true name derives.

Then on 18 August 1965 a file marked ‘Secret’ landed on the desk of the Foreign Secretary, Michael Stewart. At that time Britain was having to protect the inhabitants of Gibraltar against an economic siege by Spain, which was demanding sovereignty of the Rock. Yet the Foreign Office was willing to become more radical in its steps to cope with such ‘End of Empire’ dilemmas. In 1968 it contemplated handing over the Falkland Islands to Argentina. Secretly, in order for Britain to conduct H-bomb tests, it had arranged for the eviction of the coconut gatherers from Christmas Island in 1957, and in 1966 was considering deporting the inhabitants of Diego Garcia from their homeland, to lend it to the United States to develop into a military base.

Stewart was intrigued to see that this report concerned none of those. It was from the British Ambassador to Germany, Sir Frank Roberts, who had just attended a 75th anniversary celebration in a North Sea island which even the Foreign Secretary had never heard of. The ambassador, who had been astounded by the good-natured welcome he had received in this former British colony, reported that: ‘Everywhere I heard comments from the Islanders on the tradition of the benevolence of the British Governors.’

In August 1890, when it was still an enchantingly obscure British possession, Heligoland had become the focus of international attention as the hapless bait in an astonishingly epic imperial deal to persuade Kaiser Wilhelm II’s Germany to hand over substantial elements of the continent of Africa. In Britain the audacious, and quite unprecedented, territorial swap provoked public protests that Summer. Even Queen Victoria furiously remonstrated that the two thousand inhabitants of this sophisticated island were being callously sacrificed like pawns in a diplomatic chess game.

Unforseeably, the story of Britain’s involvement with Heligoland continued after the transfer of sovereignty in 1890. There was cause bitterly to lament Lord Salisbury’s decision to yield it in both world wars, when the strategically vital island was turned against Britain. It was becoming, as Admiral of the Fleet ‘Jacky’ Fisher, exclaimed, ‘a dagger pointed at England’s heart’. In its waters was fought the Battle of Heligoland Bight, the first surface scrimmage of the First World War; and next, the Cuxhaven Raid, the first British seaplane incursion. Started on the island was ‘Project Hummerschere’, an ambitious scheme in the interwar years to construct a German form of Scapa Flow – so important that it was visited by Hitler in 1938. During the Second World War there came to be further significant historic records: for example, in 1940 the RAF’s first mass night bombing raid of that conflict was made over the Bight.

And then, unbeknown to many, Britain next inflicted on Heligoland a misdeed far worse than a mere swap. Between 1945 and 1952 the Heligolanders were exiled to mainland Germany while the British – probably illegally – used the island as a bombing range for high-explosive and chemical weapons, and evidently as a test-site for various elements of Britain’s prototype atomic bomb. Even now the quaint mile-long island still bears the scars, albeit now hidden by lush vegetation. Such was the severity of the bomb damage suffered in April 1945, when the 140-acre former British colony was attacked by the RAF with a thousand-bomber raid, that the windswept upper plateau remains buckled and twisted like the cratered flight deck of a crippled aircraft carrier. Despite such devastation, there remain a few indelible clues to its British colonial past: a street named after an English governor, and a church wall bearing a shrapnel-scarred bronze tablet honouring Queen Victoria.

For all its commercial sophistication, Heligoland is a beguiling place, guided predominantly by the rhythms of the seasons. Its people are a tough, independently minded, close-knit community of seafaring folk: strong, stoic, quiet and slow-moving. Their first loyalty is to their island and their outlook so innately maritime that they instinctively keep their sturdy houses and tiny gardens neat and shipshape. On the walls of their hotels, guest houses and even private houses hang maritime pictures – sometimes of old British merchant ships. Traditionally, despite Heligoland’s constitutional links to the states of Denmark, Britain and then Germany, they have continuously sustained a deep perception of themselves and their island as a distinct and viable entity. Not untypically for inhabitants of small islands, their downfall has been their reluctance to sustain an effective representation of themselves in influential political arenas abroad until it is too late.

Known to the Germans as ‘Helgoland’, for simple linguistic reasons, the island lies tantalisingly close to Germany’s North Sea coast. Even so, the severity of the weather in the Heligoland Bight means tourist ferries mostly only dare to make the 30-mile dash during the summer months. German trippers willing to brave the often stormy trip arrive from Hamburg and the coastal ports of the coasts of Lower Saxony and Schleswig-Holstein. By late morning the graceful white ferries have converged on the roadstead, where they ride at anchor until the late afternoon; then, fearful of being caught in the Bight after dark, they wisely scurry off home. To visitors, the island seems to represent an earlier, more innocent world, and one which has no need for cars or even bicycles. Goods are moved on four-wheeled hand-trolleys, rather like miniature corn wagons. Each year tens of thousands of tourists are drawn to the island, some of them attracted by its defiantly anachronistic allure as one of Western Europe’s last outposts of duty-free shopping. Some trippers go for the chance of a few hours’ bathing on the nearby dependency, Sandy Island, and a few for the exceptionally clear sea air, which is claimed to be the secret of the islanders’ remarkably healthy old age.

Heligoland became a British colony in 1807, and from the very outset it was strategically important because of its location in the corner of the North Sea near the estuary of the Elbe and three other great rivers. During the Napoleonic wars the island played a crucial role as a forward base for the officially endorsed smuggling of contraband to the continent, and also as a centre for intelligence gathering. After the wars it established itself as a tourist resort, on the initiative of an entrepreneurial islander, and settled down to life as a British colony. For Britain, a major world power with more island colonies scattered across the globe than it knew what to do with, Heligoland was not unique. But for neighbouring Germany, it was very much a novelty. Artists, poets and nationalists venerated Heligoland, all too often – to the bemusement of the islanders – devising ludicrous fantasies that it embodied the essence of the Germanic spirit. In 1841 Heinrich Hoffmann von Fallersleben wrote Germany’s (old) national anthem there (while it was still under British rule!) Few were more enchanted with the romance of the place than Kaiser Wilhelm II; some years before he was crowned, he visited the island and vowed to make it German. Bismarck, his Chancellor, regarded Heligoland in terms of its strategic disadvantages as a British outpost, and coveted it for many years, not least to provide security for his pet project, the Kiel Canal. Indeed, he even suggested to Prime Minister William Gladstone that the island might be exchanged for an enclave in India called Pondicherry. This was refused.

Lost Lands of Witch World by Andre Norton
The Wanderers by Richard Price
Becoming Maddie (The Casterhouse series Book 1) by Hannah Gittins
The Tessellation Saga. Book Two. 'The One' by D. J. Ridgway
To Live Is to Die: The Life and Death of Metallica's Cliff Burton by McIver, Joel
Unknown by Shante Harris
Trouble In Paradise by Norris, Stephanie
Generations and Other True Stories by Bryan Woolley
Just Say Yes by Elizabeth Hayley
The Office of Shadow by Matthew Sturges