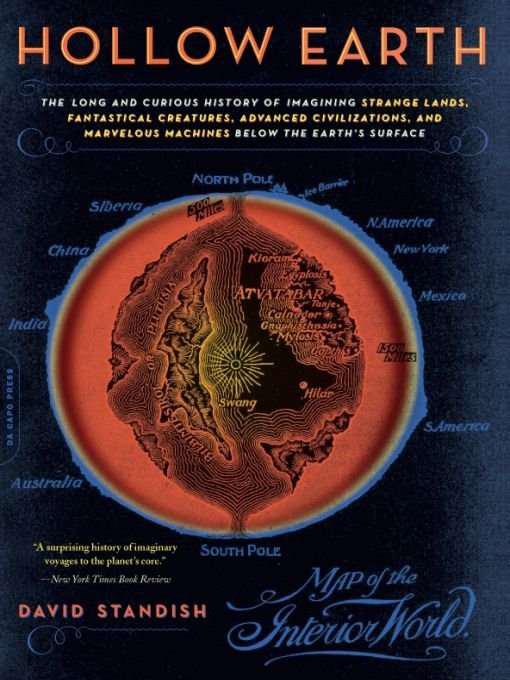 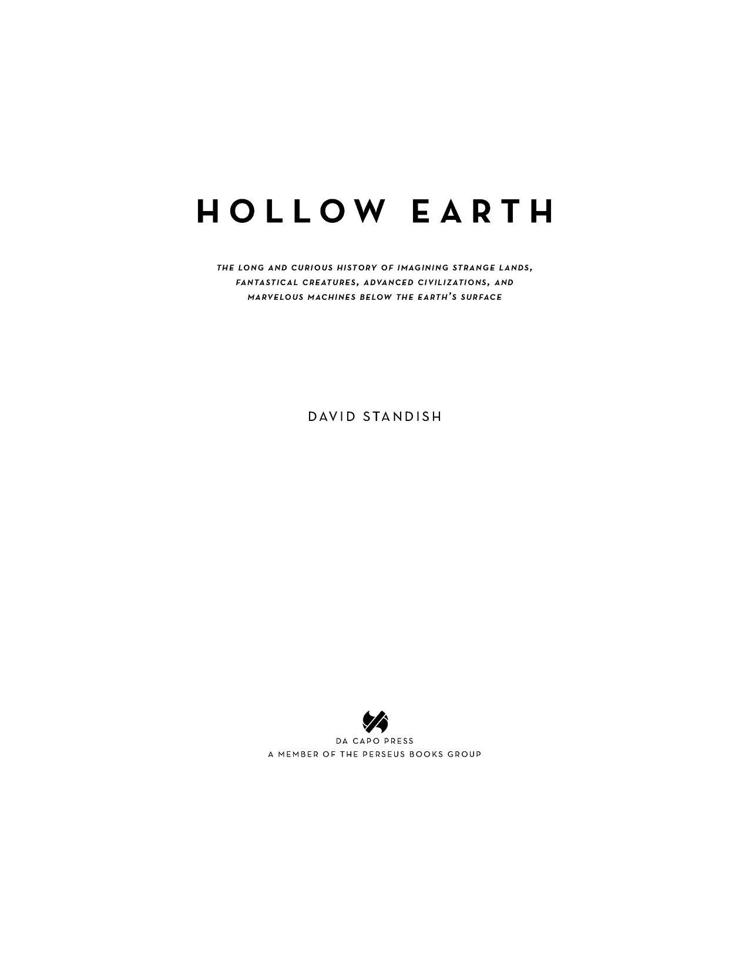 Table of Contents
Praise
Title Page
Dedication
Epigraph
Acknowledgments
Introduction
Chapter 1 - HOLLOW SCIENCE
Chapter 2 - SYMMES’ HOLES
Chapter 3 - POLAR GOTHIC: REYNOLDS AND POE
Chapter 4 - JULES VERNE: A JOURNEY TO THE CENTER OF GEOLOGY
Chapter 5 - CYRUS TEED AND KORESHANITY
Chapter 6 - HOLLOW UTOPIAS, ROMANCES, AND A LITTLE KIDDIE LIT
Chapter 7 - EDGAR RICE BURROUGHS AT THE EARTH’S CORE
Chapter 8 - THE HOLLOW EARTH LIVES: EVIL NAZIS, FLYING SAUCERS, SUPERMAN, NEW …
BIBLIOGRAPHY
INDEX
Copyright Page
PRAISE FOR
HOLLOW EARTH
“A surprising history of imaginary voyages to the planet’s core … entertaining … Standish’s research is impressive.”
—
New York Times Book Review
“Standish … has an engaging affection for his cast of fantasists and misguided visionaries.”
—
The New Yorker
“Gives us fascinating and often bizarre tales …
Hollow Earth
is full of lively illustrations and curious lore. Standish is a good explorer of the dusty corners of history, science and popular myth. His prose is clear and often humorous … He’s a good guide to the imaginary hollows.”
—
Los Angeles Times Book Review
“Standish … treat[s] us to a chronicle of fantasies in life and literature about subterranean worlds … Spelunkers of the imagination may enjoy this guide to a place not found on any map.”
—
Wall Street Journal
“Lively and intriguing.”
—
Boston Sunday Globe
“Standish proves a shimmering, informed guide … displaying a genuine care and admiration for those whose creations were scientifically, socially, or literarily worthy, or at least deeply, appealingly eccentric … smart and closely read.”
—
Chicago Tribune
“[Hollow Earth] basks in the lurid glow of a theory whose hypnotic appeal will long outlive its rational plausibility.”
—
Village Voice
“Fans of Jules Verne, pulp-fiction adventure stories, and schlocky 1950s movies will get a thoughtful laugh out of
Hollow Earth
… A thoroughly enjoyable and fascinating read.”
—
Popular Science
“The hole story is … semi-tortuous and often quite amusing. A journey, so to speak, to the center of mirth.”
—
San Diego Union-Tribune
“The single strangest and most fascinating book published so far this year … a marvel.”
—
Palm Beach Post
“Standish seems to have a genuine affection for his assorted crackpots and dreamers, and he provides an amusing tour of their various underground utopias … a fun romp.”
—
Publishers Weekly”
“[A] lively and intriguing illustrated cultural history … Highly recommended for both science and literature collections.”
—
Library Journal
“A monumental work of screwball scholarship … A highly entertaining romp through the history of a theory.”
—
Seed
“[An] entertaining cultural history of a delusion.”
—
Times Literary Supplement
(London)
For Lisa, Maude, and Wilson

Be a Columbus to whole new continents and worlds within you, opening new channels, not of trade, but of thought… . What was the meaning of that South-Sea Exploring Expedition, with all its parade and expense, but an indirect recognition of the fact that there are continents and seas in the moral world to which every man is an isthmus or an inlet, yet unexplored by him, but that it is easier to sail many thousand miles through cold and storm and cannibals, in a government ship, with five hundred men and boys to assist one, than it is to explore the private sea, the Atlantic and Pacific Ocean of one’s being alone…. It is not worth the while to go round the world to count the cats in Zanzibar. Yet do this till you can do better, and you may perhaps find some “Symmes’ Hole” by which to get at the inside at last.