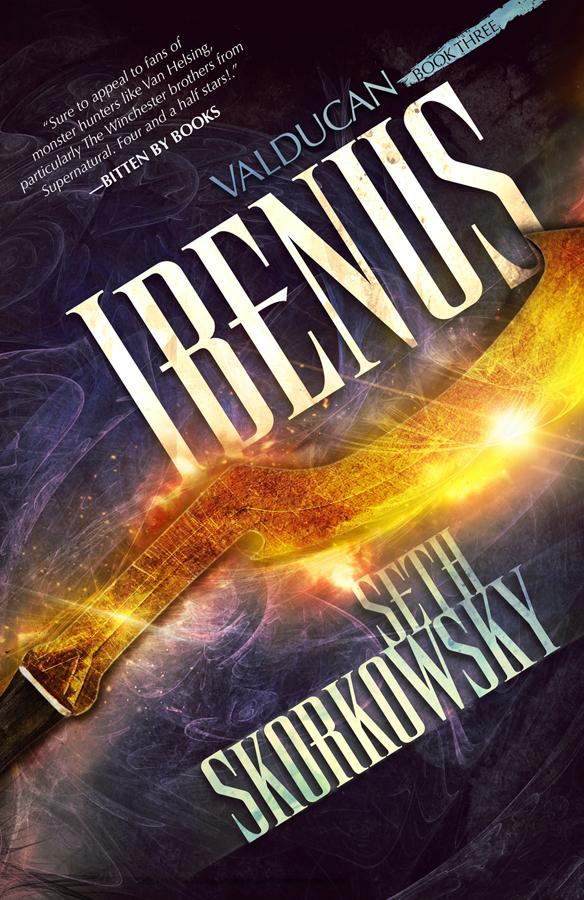 Book Three of the Valducan

Created in the United States of America

Thank you for purchasing this Ragnarok Publications eBook.

Subscribe to our newsletter to get up-to-date information about future releases, special offers, upcoming Kickstarter campaigns, and to be informed of all that’s happening with Ragnarok.

Book Three of the Valducan

"When's this cocker goin' to get here?" James shifted in his seat with a grunt. "My ass is fallin' asleep."

Victoria watched through the rain-streaked window as a van rolled past, wet asphalt gleaming red in its wake. Something seemed off tonight, and not just the drizzle and emptiness or James' mood. She bent to look up at the nearest streetlamp.

"Streetlights," she answered. "Not working."

"Kids." He grunted. "Smashin' `em up for kicks or to hide whatever mischief they're up to."

"No mischief at the moment," Victoria said. "Makes it harder to whore if no johns can see you."

James snorted. "Probably better for business." He stretched his mouth into an ugly scowl, drawing a chuckle from Victoria.

"Maybe." She scanned further up the street, hemmed in between brick buildings, most of their windows dark or broken. Layers of graffiti encrusted the steel-shuttered shop fronts. Four lights were out. How many were out the night before? One? Funny how you don't notice some things until they're absent.

"Maybe the bugs got `em," James offered, with a campfire story flair.

"You saw the latest video?"

"Of course." He scratched his stubbled head. "Internet's all abuzz about `em. Some wanker's got a remote control toy and everyone's gone mental."

Victoria nodded, her eyes still on the apartment across the street. The video, captured by CCTV cameras, showed a lone pedestrian being attacked by a giant insect, like a tailless lobster. The victim screams mutedly on the silent footage, falls, then gets dragged away. Three videos in two weeks. No witnesses. No positive IDs on the apparent victims. All three
attacks
took place within two blocks of where they now sat. Maybe that was why no one was out. "I think it's a dog."

He shrugged. "Could be a dog, I suppose. Last video showed two of `em."

They sat silent for several minutes, the rain softly pattering the car roof, before James cleared his throat. "Detective Sergeant," he said, using her formal title, "Carpenter isn't coming back. If he were, we'd have seen him by now, and he's not going to come in this pissy weather. Trust me."

Victoria looked back out the window so he wouldn't see her clenched jaw. One girl was already dead and the other in hospital with a brain injury. Miles Carpenter was the only suspect they had. This was her first case since her promotion, and a failure. Three weeks and no new leads. Her queue was already filling with four new cases that DCI Brown listed as higher priority. She had to get this bastard. But James had a point. He always seemed to know these things, what he referred to as the 'Manchester Way.' He'd been a copper for eighteen years. Had he not been so open with his opinion he might have been promoted for something beyond just Detective Constable. However, his tendency to be right most of the time, and the fact that most of his younger superiors, including herself, had learned from him, meant he was still in the Criminal Investigation Department. James might rub the wrong way but there was no denying he knew the streets.

Victoria turned to him, meeting his broad face. "Another quarter hour." It was more of a request than an order. They had no solid lead and it was James' car. Hers was in the shop.

James nodded slow and enormously. "All right. I can do that."

Smiling, Victoria turned back toward the street. Carpenter had better show. Time was ticking down and hours of breathing James' farts needed some sort of payoff.

A dark van rolled slowly by. It appeared to be the same one that passed only minutes before. It stopped in the middle of the street and the side doors opened. A pair of black-clad figures in masks hopped out.

Victoria straightened in her seat. "What the hell?"

They appeared male but it was difficult to tell in the scant light. One was broad and tall, everything about him huge. The other slender. The thin man slid out of the vehicle and shut the door behind him in one fluid motion, as if practiced a thousand times. They each held something in their hands but carried them low against their sides.

"Who the hell are these bastards?" James asked.

The van drove away the moment the men were out. They hurried off and disappeared in an alley. Before the van turned at the next intersection, the taillights lit the objects in their hands, silhouetting them in a moment of crimson. The giant carried a club of some kind, its bulging end jagged. The other held a sword, its blade bowed forward in a D-shaped curve.

"Call it in," Victoria said, her voice rising. "Get Tactical here."

James fumbled the radio from the console. "This is DC Kettington. Do you read?"

Victoria continued to watch the alley and street.

"This is DC Kettington. Do you read?"

"Piece of shit," James growled. "This is DC Kettington," he repeated, his voice clear and loud. "Do you read?" He twisted the volume control and a buzzing hum came through the speaker.

"What is that?" Victoria asked.

He clicked through channels but the hum continued. "Not working."

Victoria fished out her phone. The screen's light filled the car, momentarily blinding her. "No bars."

A spike of fear welled in Victoria's chest. "Mob?"

Victoria's mouth went dry. Two men with primitive weapons, lights destroyed beforehand, mobile and radio frequencies jammed. Someone was about to die with no one to stop them.
Not on my watch
. "Come on."

"You plan on using a pair of batons to stop men with swords?"

James held her gaze, his lips tightening into a flat line. He pulled the keys from the ignition and leaned over her, jamming them into the glove box. "Open it up."

She dropped the little door open and a mass of crumpled papers nearly spilled into her lap.

"Pouch in the bottom," he said.

Victoria rifled through the chaos before finding a brown vinyl bag shoved into the back corner. It was heavier than she expected. Something metal bulged inside. Her eyes widened as she felt a handle, the cylinder. She pulled it open to see the black revolver. "What is this?"

"You know what that is," he said frankly. "Got it off a tosser I busted some years back. Numbers had been filed off. Held on to it."

"You shouldn't have this, James."

"Neither should the crooks but it don't stop
them
. Manchester Way."

Nervous tingles danced along her fingers she reached inside, gripping the gun by its plastic handle. "Is it loaded?"

Victoria swung open the cylinder, verifying the six loaded rounds. An icy confidence swept through her veins, cooling the nervous jitters. "You ever fired it?"

She nodded. "Manchester Way." Her hand tightened on the grip and she pushed open the car door into the cold drizzle. "Come on."

They hurried across the street. The glow of the city lights reflected down from the clouds, casting everything in shades of gray. Victoria pressed herself against the wall beside the alleyway, the rough brick digging into her back. She took a breath, then peered around the corner.

Scanning the shadows, Victoria followed the narrow canyon, James behind her. Their feet sloshed through the shallow puddles.

"There," James mouthed, motioning to an open doorway leading into the abandoned building.

Splinters of wood clung to the hinges. A dull silver padlock hung uselessly to the other side.

Victoria closed in, and peeked inside. Shards of smashed wood that had once been the door littered the hallway beyond. Wet footprints led into the darkness.

James glanced over her shoulder and looked at her. "What now?"

"Keep trying to call Tactical. We know they're inside."

He stepped back from the door and whispered into the radio. "This is Detective Constable Kettington requesting assistance. Do you read?"

Hiding behind the wall, Victoria continued to peer inside, hoping to see movement.

"Does anyone hear me?"

The shrill cries of babies echoed out from the blackness. Victoria's eyes widened in horror. How many were there? Four? Five? All screaming.