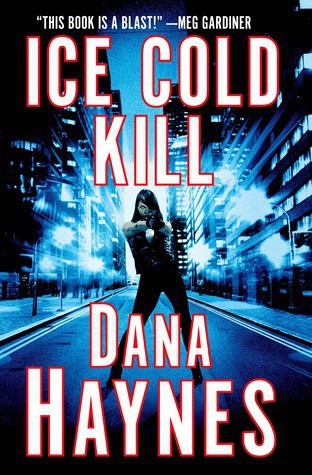 To Katy King.
I love you.

Ray Calabrese looked up from his BlackBerry to see Daria Gibron stride into the Rodeo Drive wine bar in Lycra exercise togs and sneakers, her hair slicked back, sans makeup.

It wasn’t the part of Los Angeles that many people tried to carry off the I’m-just-back-from-kickboxing look. She used her fingertips to brush still-damp black hair behind her ears. Her togs were two-piece, skintight, abdomen-baring, and black with red piping. She either had been working out or had joined the Justice League of America; Ray couldn’t tell at a glance.

She poured herself into the opposite chair. “Hallo, Ray.”

Ray smiled across the table at her. “I thought we were meeting after your appointment with that Portuguese importer.”

Daria took a sip of Ray’s wine and held it on her tongue before swallowing. “Not bad.”

“Montepulciano. The business guy was a no-show?”

Ray had been digging into the investor’s background from his headquarters, the L.A. Field Office of the Federal Bureau of Investigation. “I’m a little glad. If I were you, I wouldn’t reschedule that meeting. That guy? I think he’s trouble.”

The commission came out of the blue. A fledgling Portuguese import firm needed a translator who spoke Arabic and German. It was a relatively uncommon combination of languages for Los Angeles.

The Portuguese importer, João Patricio, had left a message on Daria’s smartphone in musical English. He offered three times her daily commission for two hours of work, provided she could come today. She thought about the other offers currently on the table. Two banks had her on standby for talks involving euro-zone debt (boring). One Hollywood production house needed her help to lure the latest young hunk from the French cinema (she’d seen his movies; they were both
terribly important
and terrible). There was some petroleum deal that sounded far worse than dull but the negotiations would take place on a yacht off an exclusive resort in Costa Rica (that one at least showed merit).

The Portuguese deal, though, was one afternoon. And while the work itself might be awful, the new winter lineup of Christian Louboutin’s had arrived, and the importer’s timing couldn’t be faulted.

From her condo in West Hollywood, Daria booted up her computer and checked out Senhor Patricio’s bona fides. He owned Iberian Exportações of Lisbon. She checked its history, its holdings, and found very little of interest. She called her FBI handler, Ray Calabrese. He agreed to check out the firm and to meet her at a favorite Tuscan wine bar later that evening.

She went online and checked in with one of her contacts at the Drug Enforcement Administration. The woman was famous for her uncanny ability to track down European sources on both sides of the law. Daria e-flirted with her a bit, then logged off and contacted some of her favorite European thieves, a man called Diego, with whom she had conducted business over the years. She flirted with them a bit, too.

Nobody had any hard information for her. Which, in and of itself, was okay. As far as it goes.

Senhor Patricio was working out of a second-story office in a run-down, three-story building near LAX. It would be optimistic to say the neighborhood had seen better days; it probably hadn’t.

Daria’s used beige Honda Civic, which she had bought for cash, fit in nicely in the near-empty parking lot. When it came to cars, Daria usually opted for bland over speed. And she had never owned a car that kept its Vehicle Identification Number for longer than an hour.

Daria herself stood out quite a bit more than her car. She was a compact, athletic woman, five-six, with a heart-shaped face. She was dressed a bit risqué for a late-afternoon business meeting: black skirt just a tad too short, stilettos a tad too tall, crimson blouse showing a hint of her midnight blue bra, over which she wore a light, fitted jacket. It might be November, but it was still seventy in Los Angeles.

She checked her phone and found a text from her friend at the DEA. It read, simply:
POI JUAREZ.

She tried calling back and got voice mail.

She tossed the strap of her leather handbag over her shoulder and took the stairs up to the second floor. João Patricio was waiting for her in the hallway. He was a small, sparse man with slicked-back gray hair and a tightly trimmed goatee. She subconsciously clocked his suit as off-the-rack, something of the genus buy-one-get-one-free. He shook Daria’s right hand, his left hand cradling her right elbow.

“You found us all right, Miss Gibron? I didn’t know from where you were coming. Everything in California is farther away than I imagine.”

The building was one of Los Angeles’s small-business incubators, renting office space for small- to medium-sized start-ups, rates by the month or year. They stood in the corridor, the maroon carpet freshly cleaned and smelling of ammonia. One door had been propped open a few inches to the right of the stairwell, she noted, but another hung almost fully open to the left of the stairs. A temporary, peel-off sign on the door read
IBERIAN EXPORTACOES.
Apparently, the maintenance company’s printer hadn’t been able to navigate the
ç
or the
õ
.

Patricio stood close to her, still holding her hand and elbow. His eyes darted quickly around the hall, as if worried about business competitors. Or a wife.

“Your English is quite good,” Daria noted. “So my lack of Portuguese won’t be a problem?”

“No. My lack of Arabic and French is the problem.” He shrugged disparagingly and gently nudged her in the direction of the fully open door. “May I discuss the details with you?”

Daria smiled and pivoted gracefully on her tall heels.

As she turned, Daria caught a fleeting glimpse of motion from the second, slightly ajar door on the far side of the stairwell. She also noted three important details.

First, the rented office had been retrofitted with a Leveque Works magnetic card reader that articulated three thick steel bolts built into the door frame. The fresh wood shavings on the carpet meant the card reader was newly installed. It was not your standard security setup for a rental building near the airport.

Second, she discerned the telltale tightness, horizontally, beneath João Patricio’s cotton shirt and striped tie. He wore a bulletproof vest.

Third, she noted that Iberian Exportações occupied a one-room office, not a suite. The door was wedged between the west-facing window and the stairwell.

Combine those three facts with the text from the DEA that labeled Patricio as a POI—Person of Interest—in the Juarez drug cartel, and the elements started to coalesce. Daria had had a run-in with the Baja cartel three months earlier, which had resulted in the most unfortunate death of a pillar of the drug-running community.

Still,
Person of Interest
isn’t a conclusive statement, Daria thought to herself. She had been a person of interest in several crimes on three continents. Some of which hadn’t been her fault at all.

What finally made Daria casually reach for the blade in her purse was Patricio’s self-deprecating joke about his poor Arabic and French.

The contract was for a translator fluent in Arabic and German.

Patricio wasn’t a businessman. He was an actor who had muffed his lines.

As soon as the Portuguese asshole led the curvy, black-haired Jewess into the office, Guerrón and Banguera emerged from the slightly open door to the right of the stairs. The
narcotraficantes
sprinted silently into position.

Guerrón, the whip-thin Ecuadorian, wore his trademark, checked keffiyeh headscarf, which hung to the middle of his back. The only thing the Americans feared more than the narco cartels was al Qaida, and Guerrón had taken to wearing the Yasser Arafat–style headdress just to head-fuck the DEA.

He checked the stairwell while Banguera, a steroid-enhanced Sinaloan in a wifebeater, checked the second-story window overlooking the parking lot. Both carried waterproof canvas satchels.

There was a one-in-four chance that this was the
puta
who tracked down and killed Carlos “the War Dog” Ramos in a bordello in Amsterdam. Gibron was one of four female contractors known to be working with Western, antinarcotics agencies at the time. The other three were being interrogated by teams in Miami, London, and Stockholm.

The soldiers checked the stairs and the parking lot. There was no sign of anyone else. The woman was alone.

They could do with her as they pleased.

Daria’s small knife was old and well used. It had been a gift from the only person in the world she truly called family. It had been given to her before she was a translator. Before she was an FBI asset and an expatriated immigrant marooned in America. Even before her time in Israeli intelligence.

He’d given it to her on the very day she had been adopted into the battle for the Middle East. Daria was probably nine years old at the time.

The sheath was leather, caramel brown and shaped like the playing card, a spade, but with the upper portion rounded. The leather had grown shiny and supple from years of being touched in alleys and bars and battlefields, in boardrooms and bedrooms. The sheath was approximately the size of Daria’s palm and Daria’s hands were not large.

The blade, once steel, had been replaced many times and now was a hardened plastic with a serrated edge. It was tough enough to slice through cowhide, if used properly.

Daria could use it properly.

Think of it as a waltz.

Daria, her right hand and elbow held by the small Portuguese businessman. Her left hand sliding into the unseen pocket slit in the bottom of her shoulder bag (like all of her bags).

João Patricio steps to his left, smiling nervously behind his silvery goatee.

Daria steps to her right and, her weight on one foot, deftly kicks the door closed with the other.

Patricio blinks in surprise when the door shuts and he hears the
ca-clack
of the steel bolts deploying into the door. That wasn’t part of the plan.

In the corridor, Guerrón and Banguera moved to the door of the rental office. As they stepped toward the door, it swung shut.

The new magnetic card reader and attached steel bolt security system had been installed to ensure privacy when they interrogated the
Judía
bitch. But the door had shut and the lock deployed too early.