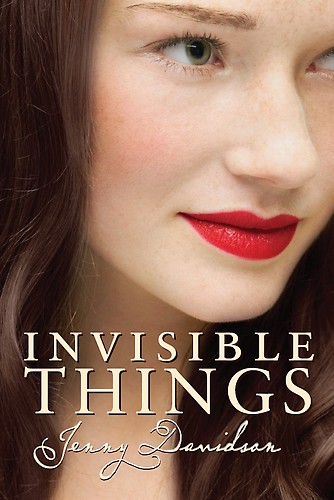 In loving memory of Helen Hill, and for Becky and Francis Pop

D
usk came early at this time of year in Denmark. Together with the unseasonably heavy snow, the half darkness largely concealed the figure of a man balanced on the narrow ledge outside the grand windows of the conservatory at the Mansion of Honor, built by the owners of the Carlsberg Brewery as a home for Denmark’s most distinguished citizen, the world-renowned physicist Niels Bohr.

Through the panes of glass, the man could see the hundreds of guests gathered to celebrate Bohr’s birthday. He waited until the physicist himself had come into view, holding up a champagne flute for the birthday toasts. Then the man reached behind him, his glove brushing along the equipment tucked into his belt—grappling hooks, climbing rope, an electric torch—until it reached the sleek matte black rocket launcher.

Pressing the device up against the window, the man primed it and pulled the trigger.

Even as screams could be heard from party guests scrambling to get away from the device that now lay hissing in the middle of the conservatory, a cloud of gas beginning to fill the room and obscure its occupants, the man outside was letting himself down from the ledge, coiling up his rope, and making his swift way out through the grounds.

A black saloon with dark-tinted windows waited for him at the other side of the wall surrounding the estate. By the time the security officers had found the man’s footprints and begun to follow his tracks, the car was long since off and away.

Miss Henchman only would say that your great-aunt had sent you abroad, but there was an awful lot of rot talked before school finished about your having eloped with Mr. Petersen! I told the others it couldn’t be so, but I still don’t see why you left before sitting your exams—I am sure you would have done better than any of us. It is spiffy to be done with school forever—I have been assigned to a unit and will begin basic training at the end of the month. I should love to get a letter from you, Sophie—you might write to me in care of my parents, and they will forward it to my regiment. My father is certain that Scotland will go to war with Europe within the next few months, so there is a good chance I will see action before the winter. I take it that this is the best address for me to write you—but why on earth are you living at an Institute for Theoretical Physics? You always were a dark horse—I hope you are very well and that you will spare a thought now and again for

S
ophie was lying on her stomach on the bed in her own little room under the eaves, a bedroom with slanted walls and a small window overlooking the trees in the park behind the institute. As she read through Nan’s letter for the third time, she blushed again at the bit about Mr. Petersen— she had once believed herself to be in love with the chemistry teacher, it was true, until the notion was dispelled by the revelation of her feelings for his younger brother, Mikael. Mikael had helped her escape from Scotland and the real danger that she would vanish into the labyrinth of an infernal training scheme instituted by Sophie’s very own great-aunt and designed to brainwash young women, eroding their personalities and subtracting all freedom of will so as to subordinate them to the needs and desires of the country’s most powerful men.

Mikael’s mother, Fru Petersen, had worked for many years as housekeeper and general assistant to the institute’s director, Niels Bohr; she managed purchasing and bookkeeping, ordered and cataloged books for the library, and made arrangements for visitors, including obtaining accommodations in nearby pensions or boardinghouses for anyone who could not be squeezed into the available space at the institute on Blegdamsvej. The Petersen family had long dwelled in one of four flats on the top floor of the institute, which had recently become Sophie’s home also, at least for now, but the influx of scientists seeking refuge from the new European racial laws had placed an increasing strain on the institute’s capacity to house them.

Nan’s father was far from alone in his belief that war was imminent. After England had fallen to the European Federation during the Great War of the 1910s, the states of the New Hanseatic League (with Scotland, Denmark, and Estonia leading the way) had reached a precarious settlement with Europe, a settlement that had lasted decades, but the European Federation’s dictatorial way of behaving within its borders and its territorial aggressiveness outside of them threatened to bring that peace to an end at any moment.

Sophie felt her own personal displacement more sharply than anything she read in the newspapers. The pale sandstone walls and clean lines of Niels Bohr’s institute reminded her painfully of Edinburgh, and in general København struck her as uncannily familiar, though there were small particles of difference between the two cities that made one feel as though one had walked into a fairy-tale alternate universe: the red-tiled roofs, the abundance of bicycles in the streets, the ubiquity of cheese (creamy and crumbly, blue-veined, delicious) at breakfast.

None of this, though, was the sort of thing she could write in a letter to Nan, who was perhaps the least fanciful person Sophie had ever met in her life.

Just then she heard Mikael calling her name from below.

Outside in the shrubbery, she found Mikael kneeling and trying to coax a small tabby cat from the undergrowth. He filled her in quickly on their task—half a dozen experimental subjects had escaped from the Hungarian chemist Georg de Hevesy’s latest basement adventure in radioisotope research, a rogue macaw (survivor of a previous round of experimentation) having methodically unlatched the clasps on their cages. The cats had gone out through the window into the park that covered the whole tract of land behind the institute, and it was Mikael and Sophie’s job to help round them up again.

Sophie crouched down and held out her hand to the small tabby, rubbing her forefingers against her thumb and making a sort of chirping noise.

The cat stared at her from deep in the undergrowth. Meanwhile Mikael tiptoed in a wide circle around to the back of the bush. As he crept up on the creature, the cat pricked up its ears. A moment later, it had shot out of the brush, a striped blur in the far right of Sophie’s field of vision.

Mikael swore. He had two brown canvas sacks tucked under his belt and held a third one open in his hands, which he let drop as Sophie joined him.

“It’s hopeless,” he said, wiping his brow with his sleeve.

“Let’s try again over by the back wall of the park,” Sophie suggested.

They tramped along the path toward the pond, stopping to splash their faces at the fountain along the way. This time they had better cat-catching luck. A small gray-and-white cat froze as Sophie approached, and Mikael had whisked it into the sack before the cat knew what was what.

The squirming and squalling of the now-animate bag sent Sophie into guilty fits of laughter. They called for Hevesy’s assistant, Miss Levi, and left the sack lying in a spot of shade, then set off to stalk their next target. But as they approached the large black cat sunning himself on the top of the wall, Sophie put out a hand to hold Mikael back.

The red leather collar clearly identified the cat as Sophie and Mikael’s former traveling companion. Mikael always just called the cat Blackie, but though Sophie found the name engraved on the collar’s silver plate pretentious, she had a superstitious preference for using his proper name.

The cat ignored her and simply went on grooming himself in the sun. The imposing creature’s tenure as the favored intimate of a spiritualist medium—the woman whose murder earlier that summer in Edinburgh had indirectly led to Sophie’s coming to live with Mikael and his mother in København—had given him a supreme degree of self-possession beyond even the usual lot of cats. He spent roughly half of his time indoors, often curled up in a compact mound at the foot of Sophie’s bed, but he enjoyed preying on the population of small mammals and birds in the tame wilderness of the park.

Miss Levi had arrived by now and transferred the wriggling sack of cat into a wheelbarrow that already held several others.

“Will one of you come and help me inside?” she asked.

Mikael asserted the superiority of his own cat-catching prowess, so Sophie, after warning him that he would regret any attempt to exert it on Trismegistus, followed Miss Levi through the grounds to the back of the institute and right up to the service entrance.

The scientist unfastened the padlock on the door set horizontally into the ground, and together she and Sophie gently rolled the barrow down the ramp and up to the array of empty cages in the basement laboratory.

It was a tricky business to get each cat out of its sack and secured in a cage without injury to human or animal, but they managed it with only a few minor scratches.