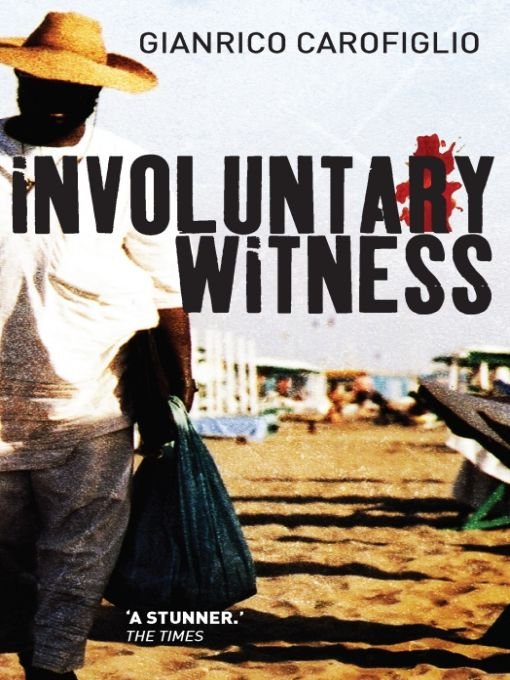 Table of Contents
From the reviews of Involuntary Witness:
Other Bitter Lemon books featuring Guido Guerrieri
Title Page
Epigraph
Part One
Chapter 1
Chapter 2
Chapter 3
Chapter 4
Chapter 5
Chapter 6
Part Two
Chapter 7
Chapter 8
Chapter 9
Chapter 10
Chapter 11
Chapter 12
Chapter 13
Chapter 14
Chapter 15
Chapter 16
Chapter 17
Chapter 18
Chapter 19
Chapter 20
Part Three
Chapter 21
Chapter 22
Chapter 23
Chapter 24
Chapter 25
Chapter 26
Chapter 27
Chapter 28
Chapter 29
Chapter 30
Chapter 31
Chapter 32
Chapter 33
Chapter 34
Chapter 35
Chapter 36
Chapter 37
Chapter 38
Chapter 39
A WALK IN THE DARK
REASONABLE DOUBTS
Copyright Page
From the reviews of
Involuntary Witness
:
“Raises the standard for crime fiction. Carofiglio’s deft touch has given us a story that is both literary and gritty – and one that speeds along like the best legal thrillers. His insights into human nature – good and bad – are breathtaking.”
Jeffery Deaver
“A stunner. Guerrieri is a wonderfully convincing character; morose, but seeing the absurdity of his gloomy life, his vulnerability and cynicism laced with self-deprecating humour. It is the veracity of the setting and the humanity of the lawyer that makes the novel a courtroom drama of such rare quality.”
The Times
“A powerful redemptive novel beautifully translated.”
Daily Mail
“Carofiglio writes crisp, ironical novels that are as much love stories and philosophical treatises as they are legal thrillers.”
New Yorker
“Compelling novel written by a prosecutor, the scourge of local criminals who likes to write books that make his readers cry. An author that has the audacity to reveal both a flawed legal system and debunk the myth of the macho Italian man.”
The Observer
“The author occupies a niche similar to that which is filled in America by Erle Stanley Gardner and John Grisham. The genre is flourishing and if Carofiglio, following his fellow practitioners, has endowed his hero with discriminating taste for good food, he has none of their relish for brutality. Violence is kept at arm’s length.”
Times Literary Supplement
This novel has been called many, often quite different things, both by the critics and the public: a legal thriller, a roman noir, a psychological novel, a Bildungsroman, a love story. All these definitions contain an element of truth. But what I like to hear more than anything goes something like this: Reading your novel kept me up all night, I couldn’t wait to see how Guido’s story was going to end, how the trial was going to end, whether Abdou was going to be found guilty or not guilty, and all the rest of it. And you know something strange? As I was getting to the end I started to slow down, and I felt sad. Because I didn’t want it to end.
Crime Time
Gianrico Carofiglio, born in 1961, was an anti-Mafia prosecutor in the southern Italian city of Bari for many years. He has been responsible for some of the most important indictments in the region involving organized crime, corruption and the traffic in human beings. He is now a Member of the Italian Senate.
Involuntary Witness
was his debut novel and the first in a series with defence lawyer Guido Guerrieri. It won numerous literary prizes and sold over a million copies. It has been translated into eleven languages.
Other Bitter Lemon books featuring Guido Guerrieri
A Walk in the Dark
Reasonable Doubts 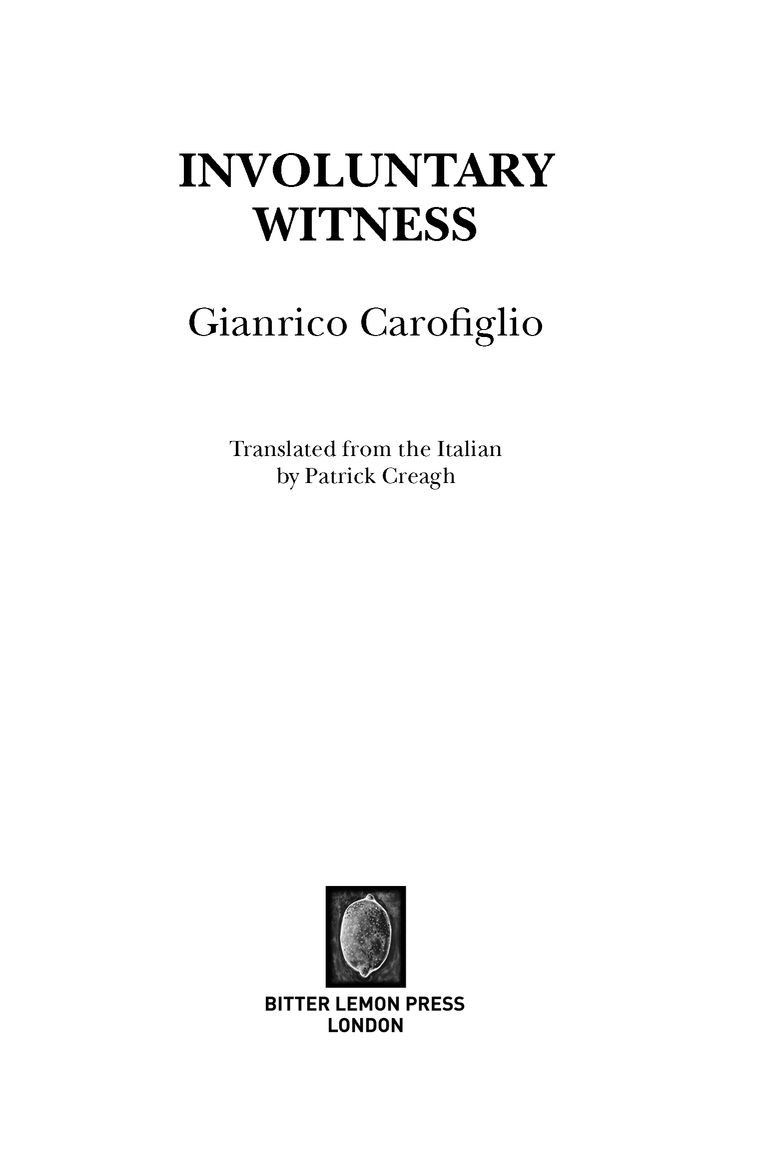 Betrayed in Cornwall by Bolitho, Janie
Dorothy Garlock by Glorious Dawn
Frost by Marianna Baer
Blood Kin by MARIA LIMA
Jesus--Name Above All Names: Releasing His Anointing in Your Life by Meyer, Joyce
The Sexretary's Next Big Assignment by Lacey Kane
Amanda Scott by Abducted Heiress
ConQuest (The Quest Saga) by Dhayaa Anbajagane
The High Divide by Lin Enger
Escape From Paradise by Gwendolyn Field