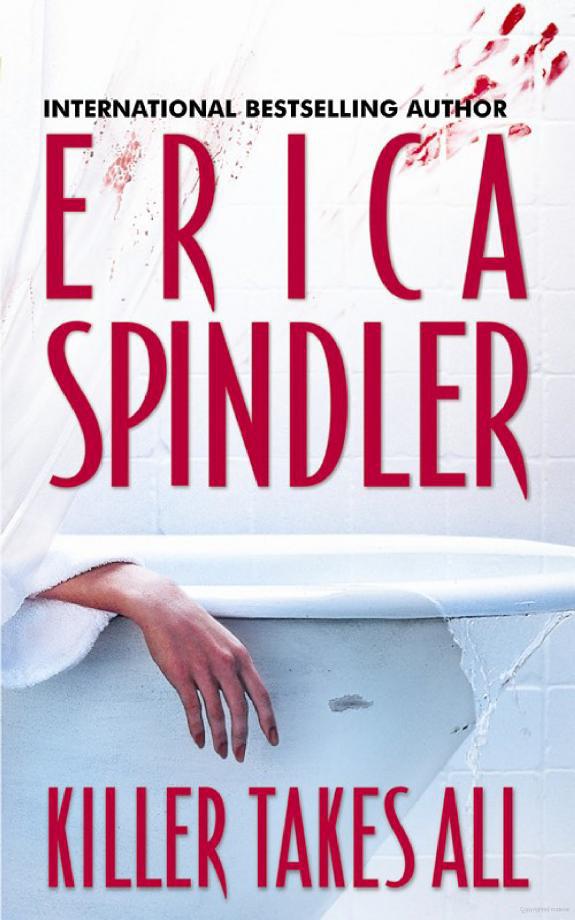 S
tacy Killian opened her eyes, fully awake. The sound that had awakened her came again.

She sat up and, in one fluid movement, swung her legs over the side of the bed and went for the Glock .40 that waited in the drawer of her nightstand. Ten years of police work had conditioned her to react to that particular sound without hesitation.

No sound. No movement.

Padding silently on bare feet, Stacy made her way out of the bedroom, into the adjoining study, weapon out. She rented one half of a hundred-year-old shotgun double, a style of home made popular in the era before air-conditioning.

Stacy swung left, then right, taking in every detail: the stacks of research books for the paper she was writing on Shelley’s “Mont Blanc,” her open laptop computer, the half-drunk bottle of cheap red wine. The shadows. Their depth, stillness.

As she expected, each room in the house proved a repeat of the last. The sound that had awakened her had not come from inside her apartment.

She reached the front door, eased it open and stepped out onto the front porch. The sagging wood creaked beneath her feet, the only sound on the otherwise deserted street. She shivered as the wet, chilly night enveloped her.

The neighborhood appeared to be asleep. Few lights shone from windows or porches. Stacy scanned the street. She noted several unfamiliar vehicles, which wasn’t unusual for an area inhabited mostly by university students. All the vehicles appeared empty.

Stacy stood in the shadow of her front door, listening to the silence. Suddenly, from nearby, came the sound of a trash barrel toppling over. Laughter followed. Kids, she realized. Practicing the urban equivalent of cow tipping.

She frowned. Could that have been the sound that awakened her? Altered by sleep and instincts she no longer trusted?

A year ago such a thought wouldn’t have crossed her mind. But a year ago she’d been a cop, a homicide detective with the Dallas P.D. She’d yet to endure the betrayal that had not only stripped her of her confidence but had galvanized her to act on her growing dissatisfaction with her life and job.

Stacy gripped the Glock firmly. She was already freezing her ass off, she might as well take this thing to its conclusion. She slipped into her muddy gardening clogs that were perched on a rack by the door. She made her way across the porch and down the steps to her side yard. Circling around to the backyard, she acknowledged that nothing appeared out of order.

Her hands shook. She fought the panic wanting to rise up in her. The fear that she had lost it, and gone totally around the bend.

This had happened before. Twice. The first time just after she moved in. She’d awakened to what she thought were shots fired and had roused all her neighbors within earshot.

And those times, like now, she’d uncovered nothing but a silent, sleeping street. The false alarm had not ingratiated her to her new neighbors. Most had been understandably pissed off.

But not Cassie. Instead, the other woman had invited her in for hot chocolate.

Stacy shifted her gaze to Cassie’s side of the double, to the light that shone from one of the rear windows.

She stared at the lit window, head filling with the memory of the sound that had awakened her. The shots had been too loud to have come from anywhere but right next door.

Why hadn’t she realized that right away?

Overcome with a feeling of dread, she ran for Cassie’s porch stairs. She reached them, stumbled and righted herself, a dozen different reassurances racing through her head: the sound had been a figment of her subconscious; seriously sleep deprived, she was imagining things; Cassie was in a deep, peaceful sleep.

She reached her friend’s door and pounded on it. She waited, then pounded again. “Cassie!” she called. “It’s Stacy. Open up!”

When the other woman didn’t respond, she grabbed the knob and twisted.

Gripping the Glock with both hands, she nudged the door open with her foot and stepped inside. Absolute quiet greeted her.

She called out again, hearing the hopeful note in her voice. The quiver of fear.

Even as she told herself her mind was playing tricks on her, she saw that it wasn’t.

Cassie lay facedown on the living room floor, half on and half off the oval rag rug. A large, dark stain haloed her body. Blood, Stacy acknowledged. A lot of blood.

Stacy began to tremble. Swallowing hard, she worked to quell the reaction. To step outside herself. Think like a cop.

She checked Cassie’s wrist for a pulse. When she found none, she moved her gaze over the body. It looked as if Cassie had been shot twice, once between the shoulder blades, the other in the back of the head. What was left of her blond, curly bob was matted with blood. She was fully dressed: denims, cloud-blue T-shirt, Birkenstocks. Stacy recognized the shirt; it was one of Cassie’s favorites. From memory she knew the front read: Dream. Love. Live.

Tears choked her; Stacy fought them. Crying wouldn’t help her friend. But keeping her cool just might help catch her killer.

A sound came from the back of the apartment.

Stacy firmed her grip on the Glock, though her hands shook. Heart thumping, she stood and, as quietly as possible, inched deeper into the apartment.

She found Beth in the doorway to the second bedroom. Unlike the other woman, Beth lay on her back, her eyes open, vacant. She wore pink cotton pajamas, patterned with gray-and-white kittens.

She’d also been shot. Twice in the chest.

Quickly, careful not to disturb any evidence, Stacy checked the woman’s pulse. As with Cassie, she found none.

She straightened, then swung in the direction from which the sound had come.

Whining, she realized. A snuffling at the bathroom door.

She made for the bathroom, softly calling the dog’s name. He responded with a yip and she carefully eased the door open. The Lab lunged at her feet, gratefully whining.

As she scooped the squirming puppy up, she saw that he had messed on the floor. How long had he been locked up? she wondered. Had Cassie done it? Or her killer? And why? Cassie crated the dog at night and when she wasn’t home.

Puppy tucked under her arm, Stacy made a quick but thorough search of the apartment to ensure the shooter was gone, though her gut told her he was.

She would guess he got out in the few minutes it had taken her to make her way from her own bedroom to the front porch. She hadn’t heard a car door slam or an engine start, which could mean he’d escaped on foot—or nothing at all.

She needed to call 911, but was loath to hand the investigation over before she absorbed all she could of the crime scene. She glanced at her watch. A 911 homicide call would yield an immediate cruiser if one was in the area. Three minutes or less from the time dispatch received the call, she guessed, turning back to the scene. If not, she could be looking at fifteen minutes.

Judging by what she saw, Stacy felt certain Cassie had been killed first, Beth second. Beth had probably heard the first two shots and gotten out of bed to see what was happening. She wouldn’t have immediately recognized the sound as a gun discharging. And even if she had suspected gunshots, she would have convinced herself otherwise.

That explained the phone, untouched, on the nightstand by the bed. Stacy crossed to it and, using the edge of her pajama top, picked up the receiver. The dial tone buzzed reassuringly in her ear.

Stacy ran through the possibilities. The place didn’t appear to have been robbed. The door had been unlocked, not broken into. Cassie had invited the killer inside. He—or she—was a friend or an acquaintance. Someone she had been expecting. Or someone she knew. Perhaps the killer had asked her to lock up the dog?

Tucking her questions away for later, she dialed 911. “Double homicide,” she said to the operator, voice shaking. “1174 City Park Avenue.” And then, cuddling Caesar to her chest, Stacy sat on the floor and cried.