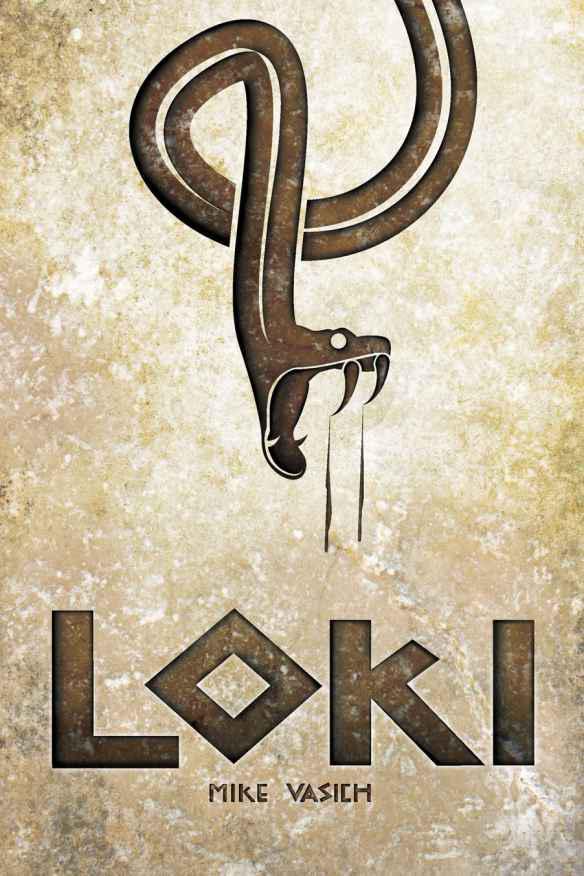 Odin (OH-din)—The leader of the Aesir (AY-seer), the main group of gods. He is also known as the Allfather and the High One. Odin wields the spear known as Gungnir (GUNG-neer).

Freyja (FRAY-uh)—A goddess of the Vanir (VAH-neer), a group of fertility gods.

Heimdall (HAYM-dahl)—The guardian of the rainbow bridge known as Bifrost (BY-frost), the only way to reach the realm of the gods.

Others in the Norse World

Yggdrasil (IG-druh-sil)—An eternal ash tree that towers over all of creation.

Thiazi (Thee-OT-see)—One of the giants, a race of beings opposed to the gods.

Jormungand (YAWR-moon-gahnd)—Also known as the Midgard Serpent, he is a snake that lies at the bottom of the sea and encircles the entire world.

Hel (HEL)—The half-living, half-dead sister of Fenrir and Jormungand. She rules over the dead in the underworld known as Niflheim.

Einherjar (EIN-har-yar)—Dead warriors who have been brought to Asgard to fight for the gods.

Asgard (AHS-gard)—The realm of the Aesir.

Jotunheim (YAW-toon-heym)—The realm of the giants.

Niflheim (NIV-uhl-heym)—The realm of the dead.

Vanaheim—The realm of the Vanir.

Muspelheim (MUS-pel-heym)—The realm of fire, death to all living things, and the rumored home of Black Surt, the legendary fire giant.

Valhalla (Val-HAL-uh)—Odin's Hall of the Slain, where the Einherjar feast each night.

As always, the venom dripped down slowly, like acidic syrup. The man below was fixed in position. He was strapped upright to a rocky outcropping, arms and legs bound, fetters around his neck limiting his movements so that he was nearly as frozen as the serpent that was embedded in the rock above him.

There was no way for him to avoid the flow of venom that splashed onto his face. His attempts to keep his eyes closed were useless as it burned through, dissolving the soft tissue below. He kept his mouth shut, but it did not prevent his lips and tongue from melting away. It wound its way down his throat laying waste to stomach and innards before exiting, leaving a bloody trail that drizzled down the rock.

For long seconds the venom would do its work, and his screams and thrashing would shake the earth above, his agony beyond comprehension. Relief would come, however, and his faithful wife would be there once more, bowl in hand, to catch the stream of poison above him.

But the relief was a cruel mockery. Where a mortal would have been dead, the misery over in minutes, it was his curse that he survive to suffer again. From inside, he could feel his guts knit together, healing the burnt hollows left by the trail of venom. His stomach made itself whole and his throat reformed and healed, turning pink what had been charred black. His lips and tongue grew back, dissolved flesh slowly reclaiming its hold onto his wasted frame. Even his eyesight hesitantly returned. His wife appeared above him once more, the anguish on her face an additional torture.

Faithful Sigyn. During brief, lucid periods—those fleeting moments when his agony ceased—he pondered his worthiness of such a companion. He had failed to be faithful on numerous occasions, and had been more absent than attentive. He was a less than ideal husband, undeserving of her devotion.

These thoughts would be over soon enough. She could not hold the bowl over him forever. It was shallow and filled quickly, the venom trickling over the side and licking his flesh in a precursor to the scorching that he would soon endure. Weeping, Sigyn would slowly move the bowl from the stream and take it to the ever-growing pool nearby.

Again it would flow. Again his insides would be seared. And again she would return, empty bowl in hand. The process was eternal, and as miserable and wretched as he was, he feared even more the day when his wife would collapse and die in front of him, a wizened hag whose slavery he had engendered to her dying day.

He could not remember how long he had been in the cave. Time no longer had meaning for him, other than the ebb and flow of venom. But he remembered how he had gotten there, and his hatred for those who had done this to him was boundless. He could see them in his mind's eye, and every injury they had caused was still fresh. His desire for vengeance scorched his insides.

But he would not be free. His bonds had not slackened no matter how much he strained at them. He would be chained to this rock until the end of the Nine Worlds, his torment unending.

Sigyn returned with the bowl, stopping the flow, and as his body repaired itself again he suddenly heard something that he had not heard before. Sigyn held the bowl up high while he healed, and he strained his ears to hear the sound. It was faint, and he wondered if he had imagined it.

His eyesight returning, he looked up to see Sigyn’s grim visage, a clear sign that the bowl was nearing fullness. He forced it out of his mind and concentrated on the sound. It came from under the ground, far below even the cave where he was entombed.

He focused all his energies on listening. When the sound reached him again, louder this time, he thought he recognized a tearing, the sound of muscles being strained to their limit and then ripping. It was accompanied by other sounds as well, and he realized that something else was buried with him, far deeper, but equally tortured.

He heard steel scraping muscle and bone, and a low growl that sent reverberations through the rock. He heard the sounds of metal sliding out of flesh, of cold steel falling to the ground. His seared lips spread wide into a painful smile, the first that crossed his face since his imprisonment. He knew what the sounds meant. His own flesh and blood was breaking free deep below him, leagues under the surface.

He looked up to see Sigyn's arms quivering with the effort to keep the bowl from spilling. Soon she would have to dump it, and the venom would flow, causing him more pain than any being in the Nine Worlds had ever suffered.

It no longer mattered. There was an end in sight, and even if he faced a hundred more cycles, he could bear it. When his son finally broke free he would come for him. Together they would gather such armies as the Nine Worlds had never seen.

He had heard tales of the Twilight of the Gods many times, and he had wondered if they were real. He had feared it would come one day and destroy all that he knew. He had never before considered that he and his progeny would herald it.

As the venom streamed down once more, he heard the unmistakable sound of a wolf howling. It would not be long now. Ragnarok had come, and he would see Asgard crushed and burned till he trod on the ashes of all those who had wronged him.

The Rebuilding of Asgard's Wall

Not long after the wars between the Vanir and Aesir, Asgard’s wall remained in ruins. The gods were loathe to rebuild it themselves, but were fearful that Asgard may be vulnerable should the giants attack. They were therefore quite happy to take up the offer of a lone mason who happened upon the council of the gods one day.

Standing amongst the gods, the builder must have felt very bold indeed to make them such a proposal. “I will rebuild your walls in eighteen months, higher and stronger than they were before, so that no giant or other enemy may breach them.”

The gods could not believe that any mason, working by himself, could rebuild Asgard’s walls in such a short time. Still, they would not dismiss his offer out of hand. They were enticed by the idea that the wall could be built without effort on their part. They were curious, however, to hear the price for such a task.

The Allfather, wise Odin, asked that very question of the mason. “And what would be your price? Surely such a task would require a high fee.”

The mason was not shy as his looks lingered over one of the gods gathered in Gladsheim. Lovely Freyja, whose beauty froze men in their tracks with her hair of spun gold and flawless white skin, was the subject of his stares. “I want Freyja as my wife.”

The gods grew angry hearing his price, and some needed to be restrained lest they slay the mason for daring to be so bold. Even wise Odin was angered, and he prepared to have the mortal removed from Gladsheim, the council hall of the gods. But Loki was there, whispering in his ear, working his schemes and plans.

“
Wait, Allfather,” the Sly One said. “Do not dismiss him so quickly. Let us accept his offer, but allow him so little time to complete the task that he will not be able to do it. His lust for Freyja is obvious, and it will be his undoing.”

Odin did not look as though he liked the idea, but Loki continued on. “Let him have till the first day of summer. He will not be able to finish—no one could complete such a task in so short a time—and we will at least have it partially done, and for nothing.”

“
We will pay you your wages,” he finally told the mason. “But you will have to complete the rebuilding of the wall by the first day of summer, and you must do it alone.”

The mason was not happy with the offer, but his lust for Freyja was strong. “You make an impossible bargain,” he said. “But to have Freyja as my own . . .” The look on his face made it clear what he intended. “I will accept your offer, but let me have the use of my horse to assist in the hauling of stone.”

The gods chafed at this condition, but Loki was there once more, whispering advice into the High One’s ear. “Let him have his horse, Allfather. What harm could be done? He will still fail to finish, and we will have most of the work completed. If we deny him this one thing we gain nothing.”

Odin did not want to accede, but the Sly One’s words eventually convinced him. “Very well. You may use your horse.”

The mason made the gods swear an oath of safe conduct should Thor return from Midgard where he was smashing giant skulls. They agreed that none, not even the Thunderer, would harm him.

And so the mason and his horse began the rebuilding of Asgard’s shattered wall on the first day of winter . . .

Loki was led up the spiraling staircases of Valaskjalf, Odin's hall, by a servant who glanced back at him furtively, fear evident on his face. Loki knew that rumors of his ways ran throughout Asgard, and even lowly servants such as this had heard them, but what did the fool think he would do? Stick a dagger in his ribs as he was led to audience with the Allfather? While such ignorance offended him, he would never wantonly slay a servant of the High One.