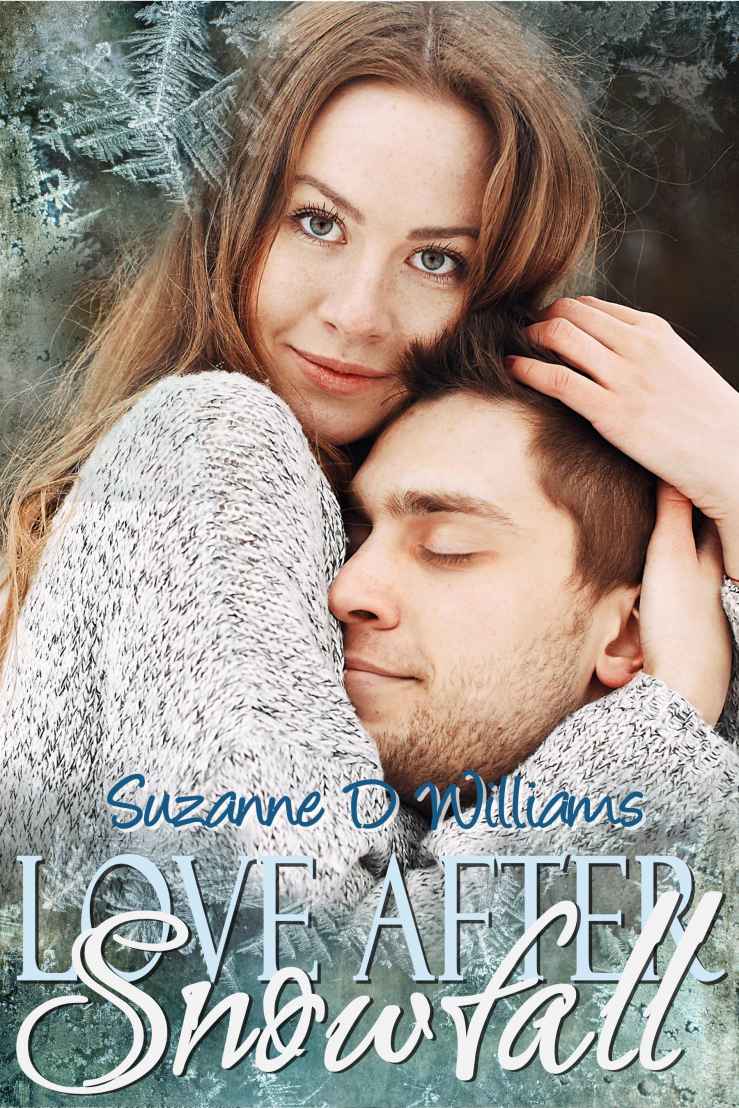 All rights reserved. No part of this publication may be reproduced or transmitted in any form or by any means without written permission from the publisher.

Scenes in this story may contain graphic and/or sexual situations not suitable for younger readers, but are framed by Christian morals and solutions.

The cathedral-like spires of spruce, pine, and hemlock stood tribute to the season’s first snowfall. Shuffling her feet, the girl glanced back at her snowmobile parked on the trail and her dog waiting patiently at its side.

Timmy’s tail wagged, shooting a spray of snow upward with the motion. She returned her gaze forward.

She wound her way between the frosted trees over uneven ground toward the opening she’d spotted from the top of the pass. Half an hour moved by before she reached it, and then huffing and puffing, she halted to survey the landscape.

Alaska stretched out before her in
its glorious beauty, the natural rise and fall of the mountains pressed against a bleached winter sky.

She
smiled. She was privileged to be here, to see the last frontier like this. She had Nathan to thank for that because he’d brought her here, shown her how to be self-sufficient. The thought of Nathan made her heart beat painful. She missed him so much.

S
tuffing her thoughts back in place, she concentrated on the task at hand. That bull moose had been headed this way, should be here any minute, in fact. She readied her rifle, running one hand down the smooth, oiled barrel, and hooked her finger over the trigger.

The
snap and pop of the low brush confirmed her suspicions. Scanning the space, she sighted one eye along the barrel and spotted the telltale antlers bobbing up and down with the beast’s ponderous steps. One shot, that’s all it’d take, and she could make that easy, had done so many times. The moose strolled along, and she tightened her grip, ready, alert.

Her
shot rang out between the trees, echoing off the side of the distant mountains, alongside the moose’s squeal. Ecstatic, she tucked the rifle beneath her arm and surged forward. Now came the tedious part, hours of work carving up the carcass, with several trips to retrieve it all. It’d be worth it. She could feed herself the entire winter off this one animal.

She
pressed ahead, following the crash of the moose into the distance. But another sound entered her ears—whimpering, thick breathing, and the gasp and grunt of something wounded. Not the moose, for the moose had moved on to die a mile or two away. Her senses awakened, she pushed toward the sound, and stopped solid at the sight, her insides curling into a ball.

A man lay prone on the ground, his leg bent at an awkward angle, his skin as pale as the inescapable ice.

“Who are you?”
the girl asked.

T
he man looked upward into the face of an attractive girl with flaming red hair. Out of place in this pristine environment. “Ezekiel Knapp, and I’ll ask the same,” he said through gritted teeth, pain rippling across him.

She narrowed her gaze.
“My grandmother’s name. I hardly think this is the time to question me on it.”

He fell silent. She was angry. But
she’d
shot him, not the other way around. He raised one palm in surrender just the same.

“You had
to go and complicate my life,” she said.

He blinked up at her. Was she serious?
“Complicate
your
life? You shot me!”

She gave a snort.
“Shouldn’t have been behind the moose.”

“Shouldn’t have been …”
His anger flared. “Look here, Miss Button. I didn’t even know the moose was there, nor did I think some
girl
would be standing here prepared to kill it.”

The pain in his leg
flared, and he fell back with a moan.

“You’ve complicated it,” she reaffirmed
. “Don’t suppose you can explain what you’re doing out here.”

He sucked in a shaky breath
. What was her problem? She could see he was injured, so why question him now?

“Trapping.”
He forced the word between his lips.

“Trapping?” One eyebrow arched upward. “
You must have come quite a ways then. Aren’t any trappers living out here.”

The curse words that left her mouth were out of place for someone so beautiful. Because
despite her anger, she was by far the prettiest thing he’d ever seen. The sun filtered through her hair casting a flame-colored halo around her head.

He collapsed on the snow, his gaze
frozen on her face.

She knelt, bringing the vision closer, and ran one hand over
his leg. Poking around the bullet wound, her fingers brushed the hole in his pants. She sat back on her heels. “Ten miles which direction?”

Which meant what? He hadn’t the energy to ask. They were both a long way
s from any medical care, and he couldn’t get out of here without her help, so whatever direction she was going would be where he went as well.

“I
have to get you to the snowmobile,” she said. “You can ride in the sled.” She lifted a clump of snow and pressed it to his wound. “Keep that on it. I’m afraid you’re in for a day of it.”

“A day?” he squeaked.
He wouldn’t last an hour, much less the rest of the day. At least, it felt that way.

She eyed him. “I have to follow the moose.
Not letting the wolves get him.”

Wolves.
The thought of their blood-thirsty jaws made his blood chill.

“I’ll
take you to my place after. I think I can get the bullet out, but you’ll be off your feet for a few days.”

Days?
Weeks, more like it. And unable to fend for himself.
Great.

“You have
anything needin’ care at your place?” she asked.

“Just as well,” she said, standing to her feet. “Because it would’ve starved.” She rested one hand on her hip. “Where’re your things?”

He sucked in a breath, working
up the energy to respond. “Hundred yards or so,” he said.

She stared down at him, and he was struck again by how pretty she was. What was a girl like that doing out here?

“
I can’t tote you,” she continued. “So I suggest you figure out how to walk.”

Clementine regretted the man’s agony. His leg was obviously hurting badly, given the grimace he wore. She regretted shooting him as well
and
getting angry for his being where he shouldn’t have been. In all her time here in the remote wilderness, she’d never run into another human being, not without seeking them out. Yet there he was.

The fact he was male also upset her, which was, again, unfair. This man didn’t know anything about Nathan and had made no designs on her, was in no position to even try at this point, if he’d thought of it.
Something she doubted after their argument earlier.

No, he was in for a long recovery, so s
he’d be a fool to not think this through.

In view of
the gear she retrieved from the brush, he’d been out here overnight. His pack was full of frozen animal carcasses and leftover bait, so he’d told the truth about trapping.

She glanced behind at his
still figure in the sled.

He was well clot
hed. If he’d kept moving, that would explain his walking so far and not freezing to death. But surviving one night was a lot different from surviving two, and it’d take another full day, maybe longer, to return the distance he’d said he’d walked. He lacked some knowledge then. It was just as well she’d shot him before the cold got him.

Clementine faced
forward and navigated the snow machine through the pre-pressed tracks. He was probably uncomfortable lying upside all that moose meat. But she
had
to tote as much as she could.

H
is presence sure had made the trip harder.

Timmy, the dumb beast, had taken to the guy. Her
round fuzzy head pillowed on his abdomen, she added her canine warmth to the covering tucked around him.

The cabin appeared on the horizon
, a dot in the fading sunlight. Driving up to the door, she shooed the dog out of the sled and shook the man’s shoulder. He groaned through ice dusted lips.

“Mr. Knapp,”
she said, speaking short to him. “You’ll have to assist me, or I’ll be forced to leave you outside.”

One
of his eyes popped open, a clear, blue pupil reflecting the last of the sun’s rays. He was a handsome man. Not as handsome as Nathan. But good enough to look at that she wouldn’t be repelled for whatever time he was here.

Of course, she only had one bed, which presented quite a problem, but she’d work that out somehow.

She stooped and lifted him to a sitting position. He was worse now than he’d been immediately after the gunshot, the cold having stiffened his sedentary limbs. His color wasn’t good either. Best thing for him would’ve been for her to come back right away. But there again, she would have lost the moose and both of them would’ve starved.

She
heaved him upright, and he cried out. She made no apology. After all, it was his fault for being there.

His weight bearing hard on her shoulders
, she hobbled in the cabin door. Timmy ran in ahead and leaped on the bed.

“No,
you get down,” Clementine puffed between breaths.

S
he released him at the side of the bed, and he fell back on the mattress, his feet dangling. She plucked his shoes off and swung his legs out in front of him.

He lay there, still, lifeless almost, and a tiny twinge of fear crept around her heart. He couldn’t die. Nathan had d
ied and left her alone here. The death of anyone else just wasn’t acceptable.

But there again, she had
the moose meat to consider. She must store it first and trust Ezekiel to hang in there a bit longer. She wrapped him in several blankets, tucking them around his silent form and headed for the door.

“I’ll be
back, Mr. Knapp,” she muttered. It was some fifteen minutes before she’d finished stringing it all, the meat being frozen solid and heavy with ice. If not for the pulleys she’d rigged, it’d be impossible for a woman to do. But she wasn’t sharing it with bears or any other wild beast after all this trouble.

She reentered the cabin, locking the door behind her,
and crossed back over to Mr. Knapp. Pulling a stool over beside the bed, she peeled back the covers and peered into his wound. Good thing he was out cold because this would hurt. No helping that. But, first, she had to clean the wound and that meant removing his pants.

She eyed him. Having seen a man before, this would be no surprise
to her. She and Nathan had been wed, after all. But seeing Nathan was vastly different from Mr. Knapp. Chances were Ezekiel wouldn’t like it.

Nadie lo ha oído by Mari Jungstedt
Humbug Mountain by Sid Fleischman
Declutter Your Life: Reduce Stress, Increase Productivity, and Enjoy Your Clutter-Free Life by Stewart, Michelle
The Fate of Mice by Susan Palwick
Kathryn Kramer by Midsummer Night's Desire
Deep Blue Sea by Tasmina Perry
Sons of the Wolf by Barbara Michaels
Divinity Road by Martin Pevsner
Artfully Yours by Isabel North
The Hotel on the Roof of the World by Alec le Sueur