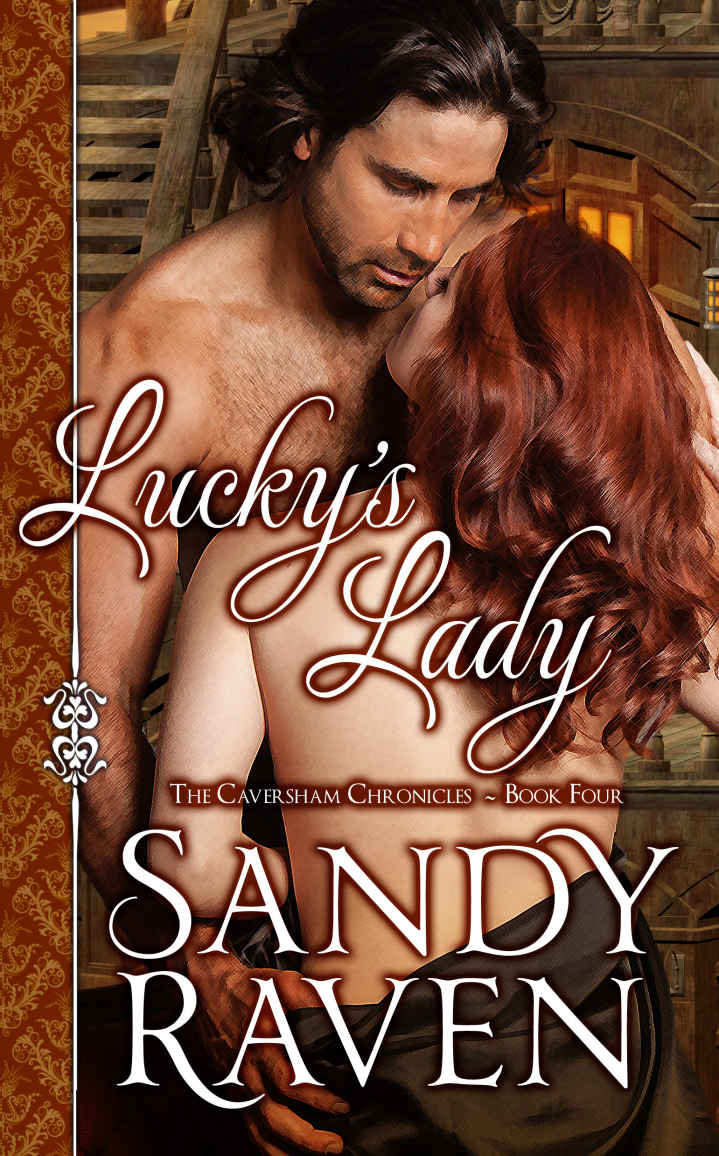 T
his was dangerous territory, Mary-Michael reminded herself as his lips came down on hers in her very first kiss. Her emotions were in jeopardy. She didn't like this feeling of helplessness when he touched her the way he was touching her... as though he treasured her, adored her. And she most especially didn't want to lose her heart to this man.
If she were honest with herself, she'd known all along that this was a possibility. Perhaps that was why she had tried her best to keep him at a distance. Now with her husband's blessing, she stood in this room, about to make love with this man. She was going to break her vow of fidelity while at the same time she prayed to get with child.
She shouldn't be reveling in the myriad of sensations he created in her. She shouldn't be enjoying this as much as she was. All this man had to do was touch her, hold her, whisper sweet words to her and she was tingly and wet between her legs. Her breasts ached as she pressed herself into his embrace. Surely he would think her a harlot.
It doesn't matter what he thinks, does it? As long as I conceive a child.
"I... You should know I've never taken a lover." She wasn't lying. Really. Mary-Michael hoped it was a reasonable enough explanation for her skittishness.
"I know." He stepped toward her and his hand brushed the strap of her petticoat off her shoulder. He bent to kiss the flesh he exposed and the simple act caused a vicious clenching reaction in her womanly parts.
Her trembling legs could barely hold her up as he lifted her petticoat over her head and exposed her breasts to him. She felt so inadequate that she crossed her arms over her front and covered her chest with her hands. He ran his finger around the band holding her drawers up at her waist. Finding the ribbon, he pulled it and let them drop to the floor as well.
He took her lips with his in yet another kiss, and surprised her when he swept her naked form up in his arms, lifting her as though she weighed nothing. The hair on his forearms tickled the backs of her thighs as he carried her to the bed and lowered her in the center without ever parting lips. His hands caressed her sides without touching her breasts, almost as though he understood her fear, her last thread of hesitance. Backing away, he began to remove his clothing while he went through the room extinguishing two of the three lanterns and bolting the door.
Mary-Michael drew the covers back on the bed and watched him as he undressed. His entire body was well-muscled and he moved with grace and fluidity for one so tall and large. His naked back was darker than his round bottom, telling her he obviously went around without a shirt quite frequently. A part of her wanted to touch the dimples above the cheeks of his bottom, and stroke her hands along the taut curves and planes all over his body.
Her breath caught in her chest. She was unable to breathe. God he was beautiful. Desiring him was surely going to lead to heartbreak. She had to stop herself from thinking these primal thoughts of the two of them together—mating and satisfying the needs of each other's bodies—surely it was sinful.
L
ucky's
L
ady
This book is a work of fiction. Names, characters, places and incidents are the product of the author’s imagination or are used fictitiously and are not to be construed as real. Any resemblance to actual persons, events, or organizations is entirely coincidental.
Copyright © 2015, Sandy Raven
ISBN: 978-1-939359-12-4
All rights reserved. No part of this book may be used or reproduced in any manner whatsoever without written permission except in the case of brief quotations embodied in critical articles and/or reviews.
Edited by Gail Shelton
[email protected]
Copy Edits by Proofreading by the Page
www.facebook.com/proofreadingbythepage
Cover design by The Killion Group, Inc.
www.thekilliongroupinc.com
Formatting by Natalie Somersall, Clear Skies Author Services
www.clearskiesauthorservices.com
A
cknowledgements

To the Beta Crew: Rosetta Boydston, Mary Mallini, Melinda Hicks, Janet Firestone: I appreciate your invaluable input more than you could ever know.

Karen Nash and Adam Purser, you have my most heartfelt gratitude for making sure I got the ‘boat stuff’ right.

Michael Wilson, thank you for making sure I didn’t get in over my head with all that legal stuff.

For my daughters ~ I love you both so much.

Curtis, you are my heart.