Men Of Flesh And Blood 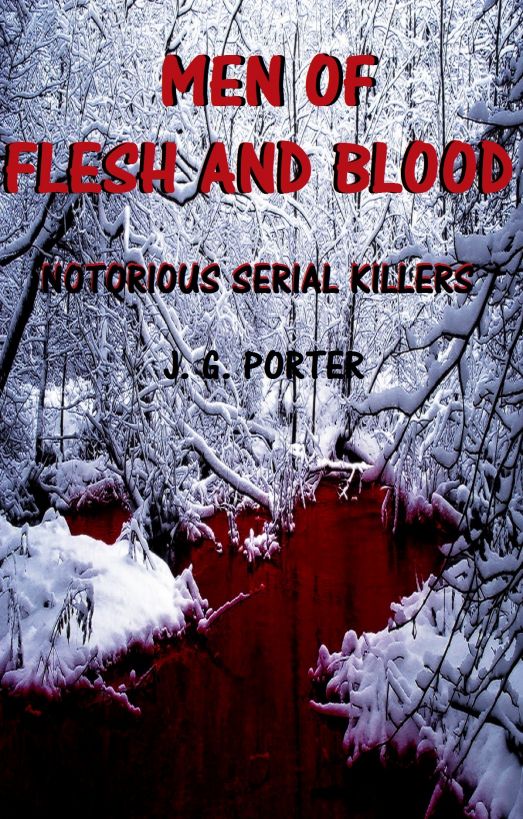 MEN OF FLESH AND
BLOOD

If you purchased this book
without a cover, you should be aware that this book is stolen
property. It was reported as “unsold and destroyed” to the
publisher. Neither the author nor the publisher has received any
payment for this “stripped book”

No part of this publication
may be reproduced, stored in a retrieval system, or transmitted in
any form or by any means, electronic, mechanical, photocopying,
recording, or otherwise, without written permission of the
publisher.

A vampire, also known as a
Leech, can commence life at any age, any race, and there is no
known Exception. It is believed a vampire comes from a corpse that
has risen from the grave at night to suck the blood from sleeping
people, usually causing death.

Until very recently, the
vampire has hunted to survive and flourish with the awareness that
all our understanding was based on myth, legend, and old wives
tales. However, now we have science. We can confirm the myths,
describe the legends, and have the affability to thank the old
wives with their tales, who were, and are, usually
right.

Vampirism has been
reported across Europe since the Dark Ages, the first instance in
the British Isles was reported during the nineteenth century. More
recently, many cases have been recorded in the North and South
America, with some accounts of serious invasion, and serial
killings. It has also been linked with witchcraft, religious
overkill (pardon the pun) and pagan beliefs. Their hunting has
become a matter of largely symbolic attacks based on myth and
legend. The preferential age of select victims for vampires is
early twenties.

Vampires are individual
people who either live alone or in small groups called covet. They
have needs that must be satisfied and have a body, which behaves
very differently from their previous life. They also have an
understanding that they are different. Like people from all
lifestyles, vampires often show signs of psychosis, experience mood
swings, and unpleasant personality changes. It is for the hunter to
understand these adversary needs and find ensuing weaknesses that
can be exploited.

When a vampire is under a
lot of stress, unconscious thoughts arise, and it is at that point
that crucifixes and religious chants can often offer some
protection to humans under attack and most likely the vampire will
stop and run off. When a vampire's skin is touched with a crucifix
or some other religious object, it is not that in itself which
causes the vampire to hesitate but the effect of wood or silver on
vampire metabolism.

A vampire bite can cause
death by anaphylactic reaction and repeated bites can cause death
from hemorrhagic shock. A small marginal of bites can lead to a
transformation from a normal human being to vampire. However, that
transformation percentage is extremely low, possibly less than
one-percent.

Like all living creatures,
nutrition is about meeting the needs for growth and body repair,
and, energy needed for general life activities. However, for the
vampire, a magnesium-based structure allows their body to function
like a fuel cell; power is available for concerted activity, while
extended respite following gorge consumption allows for
rejuvenation and repair processes. Contrasting in humans, the
vampire kidney appears adapted to preserving magnesium with great
effectiveness, extraction of the liquid diet may be enough for a
vampire lifestyle. Reproduction does not exist within the vampire
communities as human anatomy, maintained at low temperatures, and
without carbon metabolism could not function; therefore, breeding
could not occur. This means that recruiting new little vampires is
not possible. Nevertheless, vampires are and can be recruited as
adults and prolonged existence is a well-documented feature, with
periods of inactivity and virtual hibernation, individual vampires
are known to have lived for centuries. It seems that their repair
processes are very efficient, and are hardly affected by multiple
gunshot or stab wounds, and complete recovery from severe injuries
within a few days.

The vampire does have its
weaknesses though, while the use of magnesium has granted vampires
great advantages, it also brings vulnerabilities. In certain
situations, magnesium can be an explosive element, meaning that no
vampire will risk direct sunlight for fear of spontaneous
combustion. Also, wooden stakes have long been a weapon of choice
for the vampire hunter, as well as fresh cut unvarnished pine is
much more likely to prove fatal than hardwood or crossbow-fired
polished wooden darts. This is because it is not the wood itself
that causes the reaction, but the enzymes that are found in the
resin of many varieties of wood. A scented pine forest can lead to
an asthma-like attack that may be fatal to the vampire.

Injuries that would lead
to almost instant death in a human being are a minor nuisance to a
healthy vampire, therefore, a vampire hunter will most like behead
the vampire as they would heal too fast from a gunshot or stab
wounds.

The Merriam-Webster
dictionary defines the word vampire as “
the reanimated body of a dead person believed to come from
the grave at night and suck the blood of persons
asleep.
” Since the word was first coined
in 1734, the myth of the vampire has grown, entering into popular
culture with the publication of Bram Stoker’s, Dracula. Throughout
the ages, human killers have been fascinated by the blood of their
victims. Here are some of history’s most notorious “vampire”
killers…

The Vampire of
Hanover 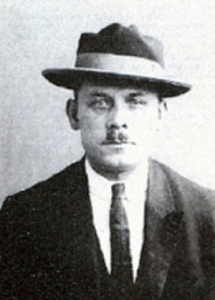 Friedrich Heinrich Karl
"Fritz" Haarmann, also known as the Butcher of Hanover and the
Vampire of Hanover was a German serial killer who is believed to
have been responsible for the murder of 27 boys and young men
between 1918 and 1924. He was convicted, found guilty of 24
murders, and executed.

Haarmann was born in
Hanover on October 25, 1879, the sixth child of poor parents. He
was a quiet child who shied away from boys' activities such as
sports and preferred to play with his sisters' toys. He was also a
poor student. At the age of 16, at the urging of his parents,
Haarmann enrolled in a military academy at Neu Breisach. He
initially adapted to military life, and performed well as a trainee
soldier. After just one year in the academy, however, he began to
suffer seizures and was discharged for medical reasons.

Haarmann returned to
Hanover and took employment in a cigar factory. He was arrested in
1898 for molesting children, but a psychologist declared Haarmann
was mentally unfit to stand trial, and he was sent to a mental
institution indefinitely. However, only six months later, Haarmann
escaped and fled to Switzerland, where he worked for two years
before he returned to Germany.

Once back in Germany, he
again enlisted in the military, but this time under an alias, and
in 1902, he was again discharged under medical terms. He was
awarded a full military pension and returned to live with his
family and took employment in the small business his father had
established. After an argument with his father, Ollie, led to a
violent fight between them, Haarmann was arrested, charged with
assault and again sent for psychiatric evaluation. This time, a
doctor did not diagnose Haarmann as mentally unstable. A court
discharged Haarmann and he returned to live with his family.
Shortly after that, Haarmann attempted to open a small shop of his
own, but the business soon went bankrupt.

For the next ten years,
Haarmann lived as a petty thief, burglar, and con artist. He was
frequently arrested and served several short prison sentences. He
gradually began to establish a relationship with Hanover police as
an informer, largely as a means of redirecting the attention of the
police from himself, and later admitted that the police began to
view him as a reliable source of information regarding Hanover's
criminal network.

In 1914, at the age of 35,
Haarmann was convicted of a series of thefts and frauds and was
imprisoned just as World War I began. Upon his release in 1918, he
was struck by the poor quality of the German economy because of the
loss the nation had suffered in World War I. The country was
bankrupt. Fritz Haarmann immediately reverted to the criminal life
he had lived before he was arrested in 1914. The new state of
Germany provided him with even more opportunities to operate on the
environs of the criminal system, and because of the increase in
crime because of the poverty the nation was enduring, police again
began to rely on Haarmann as a mole.

Between 1918 and 1924,
Haarmann committed at least 24 murders, although he is suspected of
murdering a minimum of 27. Haarmann's first known victim was a
17-year-old youth named Friedel Rothe. When Rothe disappeared in
September 1918, his friends told police he was last seen with
Haarmann. Under pressure from Rothe's family, police raided
Haarmann's apartment, where they found their informer in the
company of a semi-naked teenage boy. They charged Haarmann with
sexual assault, and he was sentenced to nine months imprisonment.
Haarmann avoided his sentence throughout 1919, and during this
time, met a young runaway named Hans Grans, who was consequently to
become his lover.

Haarmann served his
nine-month imprisonment between March and December 1920. Again, he
regained the trust of the police and became an informer again.
Shortly after his release, Haarmann moved into a new apartment and
Hans Grans moved into Haarmann's apartment with him.

Haarmann's subsequent
victims largely consisted of young male commuters, runaways and,
occasionally, male prostitutes who hung around Hanover's central
station and Haarmann would lure them back to his apartment and then
kill by biting through their throats, sometimes while sodomizing
them. All of Haarmann's victims were dismembered before they were
discarded, usually in the Leine River. The belongings of several
victims were either sold on the black market or retained by either
Haarmann or his lover, Hans Grans.

Rumor also had it that
Haarmann would sell meat from the bodies of his victims as canned
black pork. Although no physical evidence was ever produced to
confirm this, Haarmann was known to be an active trader in
contraband meat. Haarmann's accomplice and live-in partner, Hans
Grans, sold the possessions of several of the victims cheaply on
the black market. He kept other possessions for himself, and
Haarmann initially claimed that although Grans knew of many of his
murders, and personally urged him to kill two of the victims so he
could obtain their clothing and personal possessions, was otherwise
not involved in the murders.

Haarmann was eventually
apprehended when numerous skeletal remains, which he had dumped
into the Leine River, washed up downstream in May and June 1924.
The police decided to drag the river and discovered more than 500
human bones, which were later confirmed as having come from at
least 22 separate human individuals. Suspicion quickly fell upon
Haarmann, who had convictions for molesting children and had been
connected to the disappearance of Friedel Rothe in 1918. Haarmann
was placed under surveillance and on the night of June 22, was seen
prowling Hanover's central station. He was quickly arrested after
trying to lure a boy to his apartment. His apartment was searched
and the walls were heavily bloodstained. Haarmann tried to explain
this was a by-product of his illegal trade as a butcher.

Cut to the Bone by Joan Boswell
The Soloist by Mark Salzman
Betrayal: Abby's Guilt (The Betrayal Series) by Velardi, Sofia
Brothers of the Wild North Sea by Harper Fox
Calico Cross by DeAnna Kinney
A Novel Way to Die by Ali Brandon
Gabby Revealed (Finding Perfect) by Gregory, Amy
A Merry Little Christmas by Melanie Schuster
Confessions of a Werewolf Supermodel by Ronda Thompson
Suzanne Robinson by The Legend