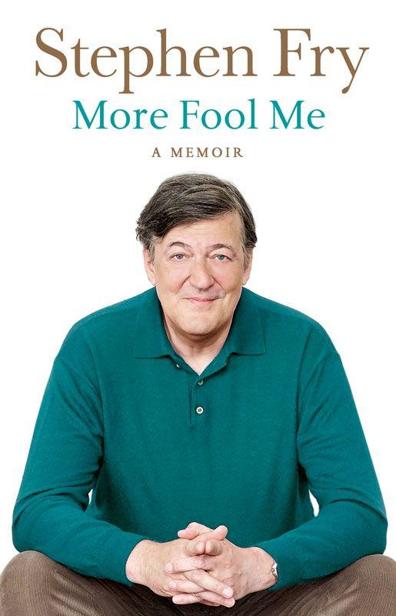 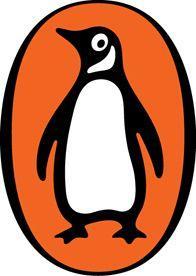 Very Naughty, but … in the Right Spirit

Notes from a Showbusiness Career

Stephen Fry is a leading light in film, theatre, radio and television the world over, receiving accolades in spades and plaudits by the shovel. As a writer, producer, director, actor and presenter he has featured in works as varied and adored as the movie
Wilde
, the TV series
Blackadder
and
Jeeves and Wooster
, the sketch show
A Bit of Fry and Laurie
, the panel game
QI
, the radio series
Fry’s English Delight,
Shakespeare’s Globe’s celebrated 2012 production of
Twelfth Night
(as Malvolio) and documentaries on countless subjects very close to his heart.

He is also the bestselling author of four novels –
The Stars’ Tennis Balls, Making History, The Hippopotamus
(the writing of which is described herein) and
The Liar
– as well as two volumes of autobiography –
Moab is My Washpot
and
The Fry Chronicles,
publishing in five unique editions, which combined to sell over a million copies.

In his early thirties, Stephen Fry – writer, comedian, star of stage and screen – had, as they say, ‘made it’. Much loved in
A Bit of Fry and Laurie, Blackadder
and
feeves and Wooster,
author of a critically acclaimed and bestselling first novel,
The Liar,
with a glamorous and glittering cast of friends, he had more work than was perhaps good for him.

What could possibly go wrong?

Well, as the 80s drew to a close, he discovered a most enjoyable way to burn the candle at both ends, and took to excess like a duck to breadcrumbs. Writing and recording by day, haunting a never-ending series of celebrity parties, drinking dens and poker games by night, in a ludicrous and impressive act of bravado, he fooled all those except the very closest to him, some of whom were most enjoyably engaged in the same dance.

He was, to all intents and purposes, a high-functioning addict. Blazing brightly and partying wildly as the 80s turned to the 90s – AIDS became an epidemic and politics turned really nasty – he was so busy, so distracted by the high life, that he could hardly see the inevitable, headlong tumble that must surely follow …

Containing raw, electric extracts from his diaries of the time,
More Fool Me
is a brilliant, eloquent account by a man driven to create and to entertain – revealing a side to him he has long kept hidden.

‘One of the most poignant, funny, intelligent, frank and horribly addictive books you’re likely to read all year’

‘One of the most extraordinary and affecting biographies I have read. I can’t wait for more’

‘Oh dear, I am an arse. I expect there’ll be what I believe is called an "intervention" soon. I keep picturing it. All my friends bearing down on me, and me denying everything until my pockets are emptied. Oh, the shame.’

Moab is My Washpot

The Ode Less Travelled: Unlocking the Poet Within

A Bit of Fry and Laurie

A Bit More Fry and Laurie

Three Bits of Fry and Laurie

Fry and Laurie Bit No. 4

Dedicated to Jo, my Personal AsSister and subject of ‘simply the best decision I ever made in my entire life’. In grateful thanks and with profuse apologies for all the extra work that this will bring …

The fool doth think he is wise, yet it is the wise man that knows himself to be the fool

The past won’t sit still for a moment

Chelsea – seems a waste of time to take trouble over tying a bow tie but neglecting to shave properly.

Kim in Draycott Place, taken by self
(I solved that Rubik’s Cube too but months after my father cracked it).

Kim Harris in our Chelsea flat.

My personal AsSister doing what she does better than anyone.

In 1986, I spotted a house for sale in classic west Norfolk brick. Reader, I bought it.

Chelsea: Pipes are hard work. P.G Wodehouse signed photograph evident. As is Rubik’s Calendar, which is just showing off.

Chelsea flat, at work on something. You can just see the signed photograph of P.G Wodehouse on the left.

Rowan’s inexplicable ability to find something more interesting than me.

(From the collection of Jo Laurie)

Chelsea – damn, I wish I still had that pullover.

All the details are on the clapperboard.

Everyone always anxious to sit next to me on the
Jeeves and Wooster
set.

Hugh, perfectionist as he is, always stays within his character: a drivelling poltroon from dawn to dusk while
Jeeves and Wooster
was being filmed …

(From the collection of Jo Laurie)

Official publicity still for
Jeeves and Wooster
. I remember it as if it were twenty-five years ago.
(BBC photo library)

(All from the collection on Jo Laurie)

Backstage at
Hysteria
benefit show. Sadler’s Wells, 1989.
(From the collection of Jo Laurie)

Reading at, I think, a
Hysteria
show.
(Author’s collection)

An idiot and an imbecile.

Ready to lay down their lives for my country.

A blithering idiot and a gibbering imbecile.

Hugh, Jo and I.
(From the collection of Jo Laurie)

A signing at a Dillons bookshop. London, 1991.
(ITV/Rex Features)

A profile of a liar for the publication of
The Liar,
1991, with sister Jo.
(Tatler Condé Nast)

Tourrettes-sur-Loup – my best audience.
(From the collection of Jo Laurie)

Tourrettes-sur-Loup – picking on someone my own size.
(From the collection of Jo Laurie)

Mandela Birthday Concert, Wembley Stadium, 1988. About to perform in front of 80,000 people. Not in the least nervous. Oh no.
(Getty Images)

The Secret at the Polk Street School by Blanche Sims, Blanche Sims
Whispers of a New Dawn by Murray Pura
Skagboys by Welsh, Irvine
Temporary Bride by Phyllis Halldorson
The Gold Falcon by Katharine Kerr
Sweetness in the Dark by W.B. Martin
Murder on the Half Shelf by Lorna Barrett
Churchill's Hour by Michael Dobbs
Reye's Gold by Ruthie Robinson
Circle of Friends by Maeve Binchy