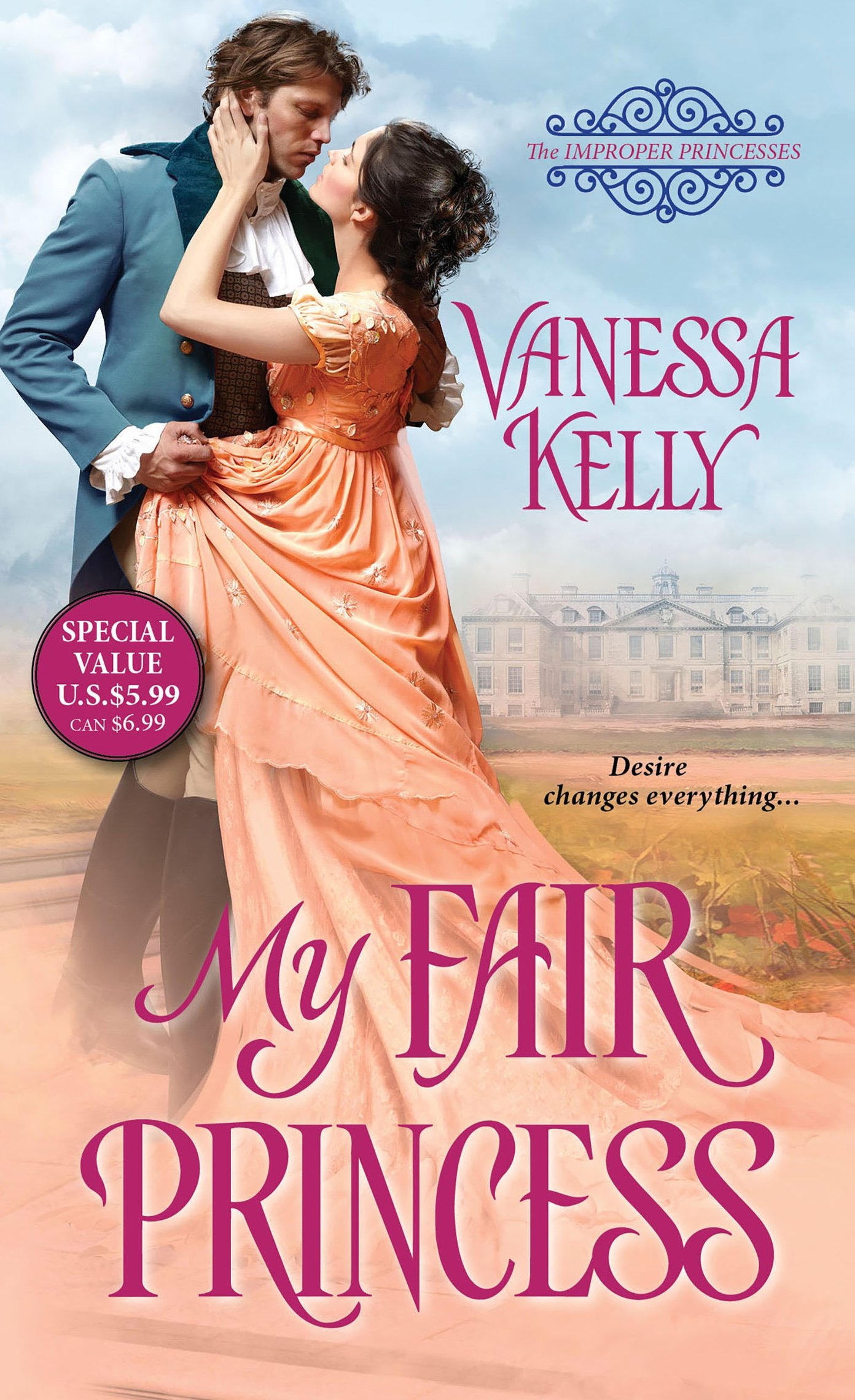 KISSING HIS PRINCESS
“Are you crying, Gillian?” Leverton asked in a voice of soft amazement.
“Don't be ridiculous. As if I would cry over something as stupid as this.” As if she would cry over the mistaken assumption that he liked her, when apparently he did not.
“Then what is this I see on your cheek?” He gently brushed a gloved finger over her face. “Yes, there is a tear, sparkling like a jewel. How extraordinary.”
“Don't you dare make fun of me.” She glared up at him, rather a tricky feat when one was trying not to bawl.
He barked out a laugh. “Believe me, I find this situation anything but amusing. Painful would be a more apt description.”
That dried her tears. “If you don't let me go this instant, I will make you very sorry. And I don't give a damn if you are a bloody duke.” He wouldn't be the first man she'd kneed in the bollocks, and she didn't suppose he'd be the last.
“Right now, I don't give a damn either.”
And with that, Leverton hauled Gillian up on her toes and covered her mouth in a fierce, smoldering kiss . . .
Books by Vanessa Kelly
MASTERING THE MARQUESS
Â
SEX AND THE SINGLE EARL
Â
MY FAVORITE COUNTESS
Â
HIS MISTLETOE BRIDE
Â
Â
The Renegade Rogues
SECRETS FOR SEDUCING A ROYAL BODYGUARD
CONFESSIONS OF A ROYAL BRIDEGROOM
HOW TO PLAN A WEDDING FOR A ROYAL SPY
HOW TO MARRY A ROYAL HIGHLANDER
Â
The Improper Princesses
MY FAIR PRINCESS
Â
Â
AN INVITATION TO SIN
(with Jo Beverley, Sally MacKenzie, and Kaitlin O'Riley)
Â
Â
Â
Published by Kensington Publishing Corporation
My FAIR PRINCESS
V
ANESSA
K
ELLY