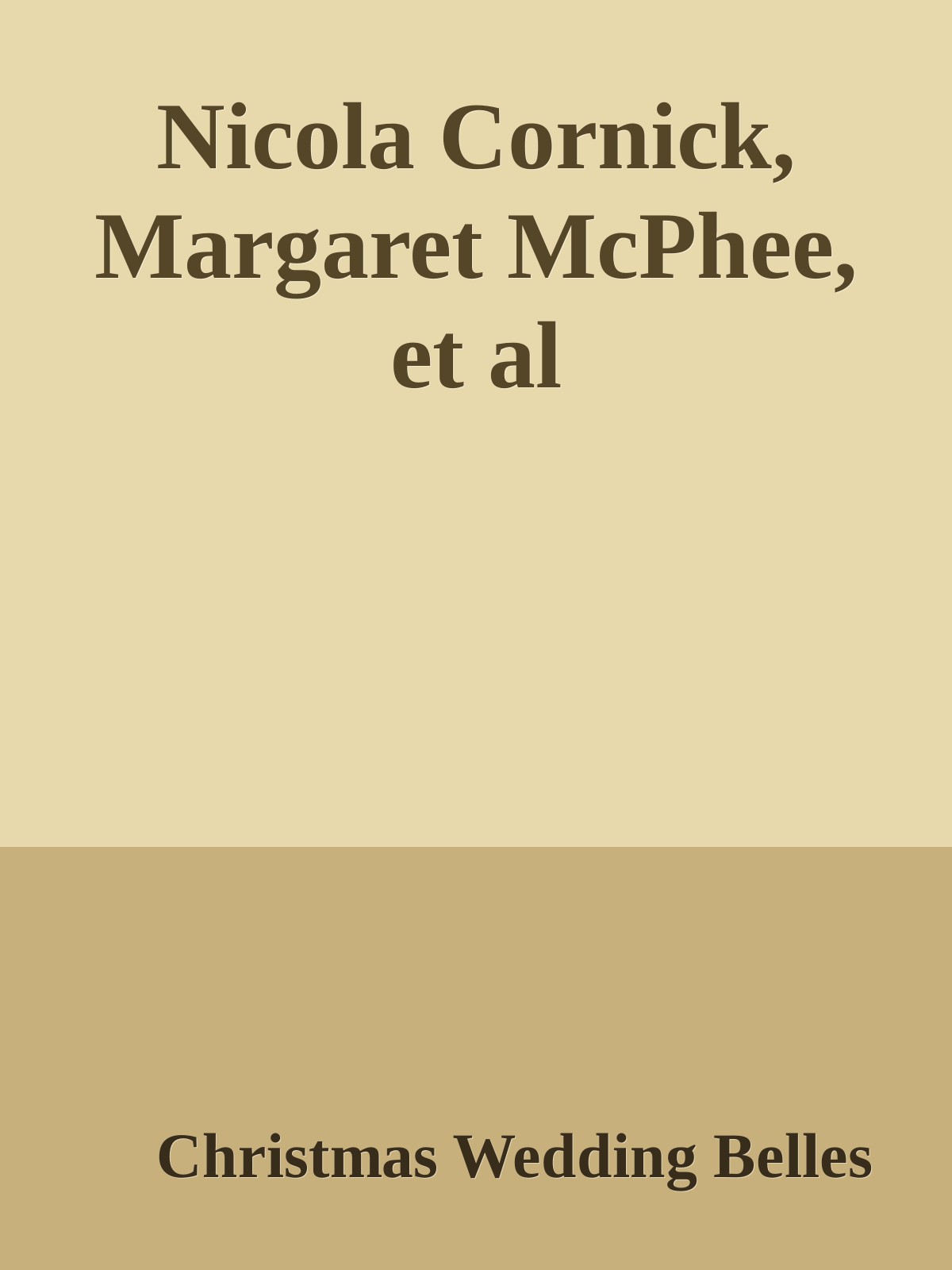 From the time that I first started reading—and loving—romance
novels, books with pirate heroes have been amongst my very favorites. Georgette
Heyer’s Beauvallet possessed all the heroic qualities I most admire—courage,
daring, integrity and honor. The mysterious Frenchman in Daphne du Maurier’s
Frenchman’s
Creek
and the dashing Rory Frost in M. M. Kaye’s
Trade Wind
ran off
with my heart. I owe all of those writers a huge debt for the inspiration and
enjoyment that they have given me over the years.

A couple of years ago, when I was researching my family tree, I
discovered that two of my husband’s ancestors had been smugglers and pirates in
Dorset at the end of the eighteenth century. Escaping from the authorities,
they were last heard of in the Bahamas!

The lure of the pirate hero is a difficult one to resist—what
could be more appealing than a man who lives outside the law and yet has his
own code of honor and courage? In
The Pirate’s Kiss
* Daniel had loved
and lost Lucy years before. Now they meet again and find that the attraction
between them has never died. But can they find love again, or is it too late?

This story is dedicated to all the readers who wrote to me after
they had read
The Rake’s Mistress,
asking for Daniel de Lancey to have a
story of his own. Here it is—just for you.

Lucinda Melville sighed and put down her pen. The casement window
of her bedroom was open, allowing crisp winter air to flood in. It brought with
it the scent of cold sea mixed with the fragrance of pine, and carried the
distant sound of breakers on the shore and the hoot of owls down in the forest.
A full moon shone bright in the black sky. It was a night made for romance, but
Mrs Melville had no time for that sort of thing.

She picked up her pen again.

Nothing ever happens here…But pray do not think that I am
complaining, dear Rebecca. I am more than grateful to you for finding me this
position with Mrs Saltire. Indeed, I think that when Eustacia marries, as she
is set to do in the New Year (to the dull but worthy Mr Leytonstone, just as I
predicted), I will seek another governess’s post in this locality. Woodbridge
is a charming town. We take tea at the assembly rooms and visit the theatre,
provided that the entertainment is not too racy, of course. It is all entirely
delightful, and very proper for a governess companion.

Lucinda paused again, thinking. There had been a time in her life
when matters had not been so staid and unadventurous, but that had been a very
long time ago and was soon dismissed again.

She dusted the letter down and closed the writing box. As nothing
else had happened she had no more to tell her childhood friend, Rebecca
Kestrel. Besides, Rebecca and her husband, Lucas, were to join their party in a
couple of months’ time, for Christmas at Kestrel Court, so she would save the
rest of her news, such as it was, until then.

Lucinda went across to the window and leaned her arms on the
sill, resting her chin on her hand as she stared out into the dark. When she
had first heard from Mrs Saltire that they were to spend autumn in the
Midwinter villages she had been quite concerned, for everyone knew that there
had been the most scandalously diverting occurrences at Midwinter a mere five
years before, when the members of a dangerous spy ring had been captured. It
was not at all the type of environment that Lucinda thought appropriate for her
young charge. Miss Eustacia Saltire was a sweet girl, but she was deplorably
romantic in her inclinations, and Lucinda was very concerned that Stacey would
become quite over-excited by her proximity to people who had actually been
involved
in the shocking events of those times.

Balanced against the danger of encouraging Stacey’s wayward
imagination, however, had been the possibilities provided by a family
connection to the Duke of Kestrel. Mrs Saltire had the good fortune to be
distantly related to the Duchess of Kestrel, and it had been the Duchess who
had suggested that Mrs Saltire might like to bring Stacey to Midwinter for a
few months. Mindful of the fact that the Duke still had several eligible
relatives unmarried, and also that Stacey simply had not
taken
during
her first season in London, Mrs Saltire had eagerly agreed. The journey had
been accomplished, made all the smoother by the attentiveness of the ducal
servants, and they had now been situated at Kestrel Court for eight weeks.

Lucinda sighed again. It would soon be time for her to start
applying for a new post, for Stacey was now betrothed to the worthy but dull
Samuel Leytonstone, who had a solid fortune and a manner to match. Secretly
Lucinda thought that Stacey could aim higher than a young man who behaved as
though he were already in flannel vests, but she kept the unworthy thought to
herself. Mr Leytonstone was steady and rich and reliable, and one had to count
such matters above trifling things such as passion and gallantry. Lucinda knew
all about the dangers of rash youthful passion, and if a tiny part of her still
craved excitement she usually managed to ignore it.

Lucinda knew all about Making Do too. In her youth her looks had
been no more than tolerable—dark blonde hair and cool blue eyes had been
unfashionable at the time—and her parents, an indigent vicar and his social
climbing wife, had been delighted when she had become engaged straight from the
schoolroom. But then the plan had gone awry.

She had been betrothed for four years to her childhood
sweetheart—a man who, humiliatingly, appeared to have forgotten her existence
as soon as she was out of his sight, a man with dash and brilliance and the
prospect of a glittering naval career. Eventually the most appalling of news
had filtered its way back to her, conveyed by the gossips and scandalmongers
who made it their business to upset as many people as possible. Her betrothed
was a criminal. He had abandoned his promising naval career and had taken up
instead as—
whisper it
—a pirate.

That was the moment Lucinda’s heart had broken. So she had
married the first man who asked, had been widowed two years later, and now here
she was, at nine and twenty, earning her own living and putting youthful folly
firmly where it belonged—in the past.

Lucinda spotted a moth that was coming dangerously close to the
candle flame. She trapped it gently in her cupped palms and released it out of
the window, worrying as soon as it was gone that the night would be too cold
for it and it would perish.

As she turned to close the casement a flicker of movement caught
her eye, away on the edge of the woods that bordered the garden at Kestrel
Court. She stopped, staring into the shadows. The leaves rustled in the slight
breeze and the scent of pine mingled with the fresher, salty smell of the sea
and the crispness of the frosty night. Lucinda paused, her hand on the window
latch. There was no one there. The skipping shadows and her imagination were
playing tricks.

At least she hoped so.

But a nasty suspicion had lodged in her mind and would not be
shifted. What if it was Stacey, making an assignation with a young man? What
if—perish the thought—Stacey was planning an
elopement
?

Before the dull but rich Mr Leytonstone had proposed, a certain
Mr Owen Chance, the Riding Officer stationed in Woodbridge to catch smugglers,
had asked Mrs Saltire’s permission to pay his addresses to Stacey. Mrs Saltire
had refused graciously, politely, but very finally. She had pointed out
elegantly that Mr Chance had good birth but no money, and precious little
prospect of making any in a backwater like Midwinter. But Owen Chance was a
good-looking man, with a charm to match, and, being fair, Lucinda could see
that he quite eclipsed poor Mr Leytonstone. One could not imagine Mr Chance in
a flannel vest. In fact Lucinda could tell that Stacey had imagined Mr Chance
more as a knight on a white charger, and her mother’s refusal to countenance
his suit made him all the more attractive.

There had been tears when Mrs Saltire had pointed out the
financial realities of their situation to her daughter, and then Mr Leytonstone
had proposed and been accepted. Stacey had gone very quiet and suspiciously
biddable, but Lucinda was not convinced…

If Stacey was regretting her betrothal and making midnight
assignations with the dashing Mr Chance…Well…Lucinda shook her head. It would
be very foolish because, apart from any issues of propriety, she would catch
her death of cold out on a night like this.

It was past twelve and time for bed. Lucinda heard the clock at
the bottom of the stairs chime the quarter-hour. Mrs Saltire would be asleep by
now, tucked up with her laudanum, and Stacey, whom Lucinda had caught reading
Ivanhoe
earlier in the day, was probably dreaming of romantic heroes, not creeping out
into the grounds of Kestrel Court to meet one.

Nothing ever happens here…

Lucinda put up a hand to pull the curtains shut, then paused as
the flicker of movement caught her eye again. A man on horseback was riding
very slowly down the track that bordered the gardens of Kestrel Court. Lucinda
could see his outline in the moonlight. It looked disturbingly like Mr Chance,
on the raking bay mare upon which he had caught Stacey’s eye in the first
place.

A floorboard creaked on the landing, and then there was the sound
of a step on the stair. With a sharp sigh Lucinda snatched her cloak from the
chairback where she had left it earlier, and flung it about her shoulders. She
grabbed the candle from beside her bed, and hurried out into the corridor. It
was not the first time that her role as governess had involved her in
counselling against an improvident love affair. She did not want Stacey to ruin
herself in a foolish elopement and then rue it for the rest of her days when
the love was gone and there was no money on which to live.