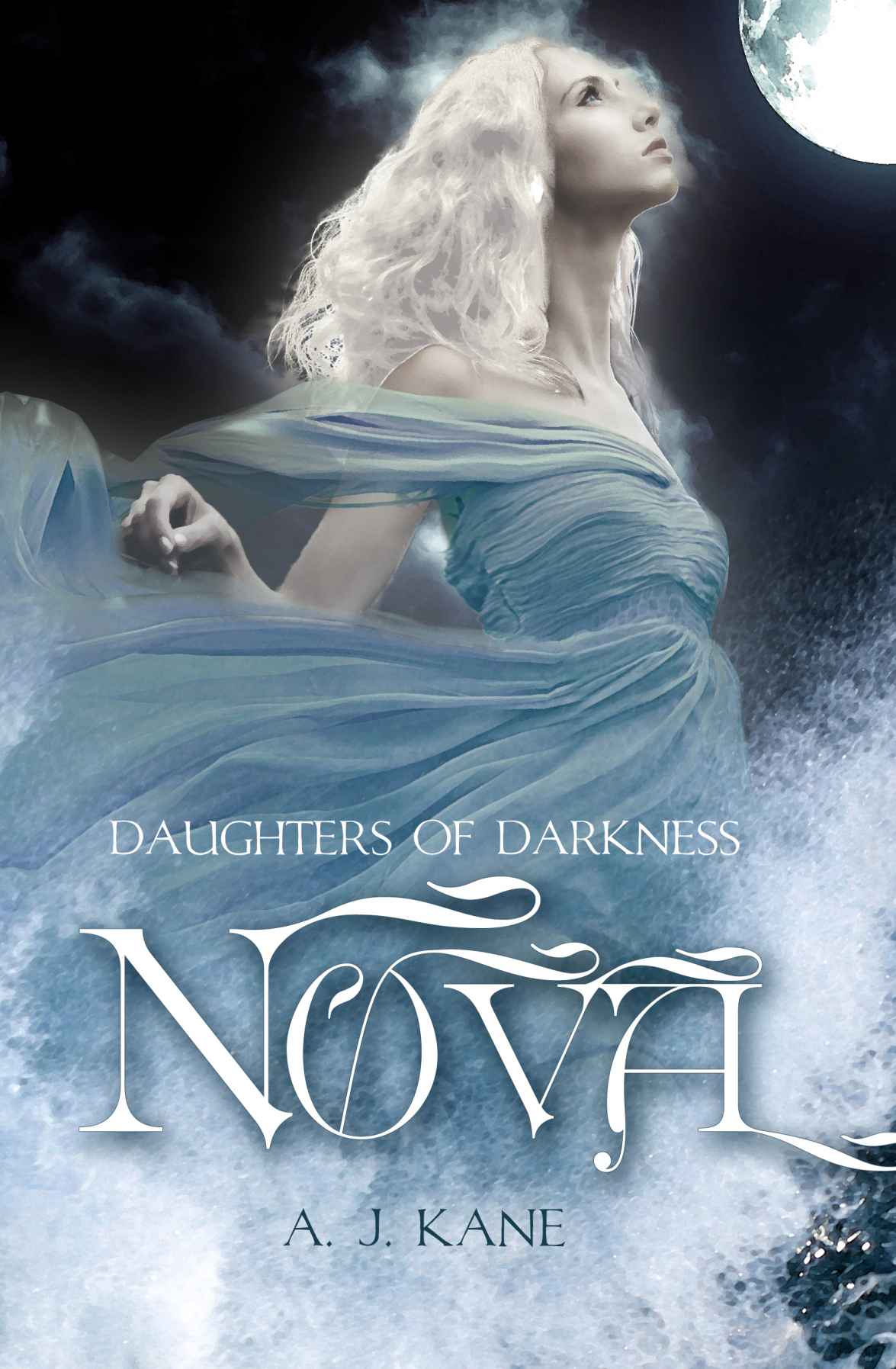 All rights reserved, worldwide. No part of this book may be used, uploaded to the Internet, copied or reproduced in any manner whatsoever without written permission; except in the case of brief quotations embodied in critical articles or reviews.

The characters and events portrayed in this book are fictitious. Any similarity to persons, living

or dead, businesses, or locales is coincidental and is not intended by the author.

Thank you to my mother. Without you this book could have sat on a shelf in my head for years to come. You were a driving force behind me every step of the way. Now you may finally read it...enjoy!

To my father, thank you for inspiring me every day of my life.

Maryann and Kevin, from the bottom of my heart, you have my deepest thanks. My endless questions were answered so patiently and I got to live Ireland through you.

Thank you to my husband for putting up with me while I was in creative mode. Acceptance is without a doubt the key ingredient to a long and happy marriage!

Dylan, Austin and Alaina...you are my heart and soul.

Ashley McConnell - You turned my book inside out and made me a pro...you rock!

This book is dedicated to my sisters. You are the lights that guide me through life's storms and without you, these characters would not exist.

Death - the last sleep? No, it is the final awakening.

It all started with a prophecy and the inescapable destiny of all who inhabit the universe. We live a pre-ordained life you know. We may not follow our clearly written blue print to the last letter, but in the end we will do exactly what we are here to do.

"Three by three they march in time, their beating hearts, their words of rhyme, destruction wrought to those who dare, stand against three sisters fair."

"This is the prophecy as it is written my lord" said the imp who stood just to his thigh. Drake frowned down at his servant, Clack.

"Then we shall rewrite the prophecy to better suit our needs."

Clack looked up, startled by his master's vehemence. "But my lord, we do not know when these fair sisters will be born, nor where." Clearly distressed he continued, "How will we ever find them?"

Drake contemplated the question and decided that no matter when, no matter where, he would find these sisters and kill them before they could destroy him and his plans.

Nova looked around her shop with satisfaction. After two long years of blood, sweat, and tears, she'd finally done it. Her dreams became a reality in the form of
Nova's Naturals
, her greenhouse and store where she now sold plants along with all natural teas and tinctures.

Nova took a minute to sit and reflect on the last two years. Her sisters, Branna and Kyna, had pushed her to begin the process of building her store and had been there every step of the way to help her through it. There's a lot more to setting up a shop than one would think starting out. The stress of it all can be overwhelming; thankfully they always had magic to turn to.

They came from a family of powerful druids and witches; her grandfather, Decklin, even claimed they were a direct descendent of Fionn Mac Cumhaill, the leader of the mighty Fianna. Nova and her sisters were each born a year apart and were as close as three sisters could be. Each one held a power over an element, and each one complimented the other. Nova and Branna actually controlled two elements each. Nova's were earth and water, Branna's fire and air, and Kyna was the glue that united them; she commanded the element spirit. Kyna could sometimes see future events, but they didn't consider her a seer as the ability was faulty and very seldom correct.

Nova was pulled from her thoughts by the ringing of her cell phone. Grabbing it from her purse, she saw the caller was her sister, Branna. Sliding her finger across the screen, she answered it.

"Hey, sis," said Branna and she sounded angry. "Dad says we all have to attend dinner tonight? I had plans for dinner, sans clothing, if you know what I mean"

"Branna, TMI, and all of us have to be there. He says it's important, so your hot date will just have to wait."

Branna chuckled, and Nova breathed a sigh of relief, because she knew the brewing tantrum had been diverted. Branna hated to be ordered around and their Dad, Craven O'Reilly, hated asking; he preferred the telling, saying it got better results.

Continuing, Branna said, "Whatever then, I'll call Kyna and let her know to be there around six."

"Thank you Bran, I appreciate it. So I will see both of you tonight. Love you sis." Nova said

Hanging up, Nova was grateful Branna hadn't turned the phone call into a long argument, as was her tendency when she didn't want to do something. Branna, at five foot, two inches, with her fiery temper, raven waves that fell to her lower back, and flashing green eyes, was as different from her and Kyna as night and day. Both she and Kyna took after their mother; they were on the tall side at five foot, seven inches, with long blonde hair, porcelain skin, and large almond shaped eyes. The only difference between the two girls, was that Kyna had eyes the color of a fine whiskey, while Nova's were a startling shade of cobalt blue. Branna was the spitting image of their paternal grandmother, eerily so. They all shared the same elegant nose and full red lips of their father. All three were considered stunningly beautiful to anyone who saw them.

When it was time to leave for dinner, Nova put down food and water for her loving cat companion, Morrigan, and gave her a quick rub behind the ears. Walking out, she locked up the store for the night.

After a short twenty minute drive, Nova drove up her parents' driveway; as always, marveling at the beauty of the land surrounding their home. She loved it, a sprawling log cabin with a wraparound porch, well-tended lawn and the gardens were just gorgeous. They were bursting with color and texture, bold purples and reds, pale pinks and blues; all just begging to be admired. The crowning glory though was through a path at the back of the eastern most garden that led into the woods. There was a natural rock formation back dropped by a small waterfall. The picture it painted was both relaxing and inspiring. The girls had done some of their best magic there.

Her mother came out the front door as she climbed from her car. Even at fourty-seven, Niamh O'Reilly was still stunningly beautiful. There was no mistaking what had initially drawn Dads attention to her.

"Mom," Nova said, embracing her tightly. "It's good to see you."

As they walked into the house, the smell of food and incense filled her senses and brought back memories of a happy childhood.

"Nova," her dad called from behind her. Turning around, she became enveloped in a warm bear hug.

"Hi, dad," she said, planting a kiss on his cheek and giving his balding head a rub.

Leading her further inside, he said, "Let's go into the family room, your sisters have been waiting."

Nova stopped, "Waiting for what?" she asked confused. "I thought this was just dinner?"

Her father looked at her with such sorrow in his eyes that Nova's heart skipped a beat.

"Nova, please, let's just go sit with Branna and Kyna and I'll explain it all at once."

They all quietly filed into the family room.

Branna and Kyna were both sitting on the creamy leather couch, Branna's hair standing out in stark contrast against the pale material. Nova went over to join them. Once they were all seated, Craven took the floor.

"As you girls know, your Granda claims we are descendants of the great Finn MacCool."

They all nodded, having heard the story of the fabled fae army leader many times before.

"Well, what you may not know is that long ago there was a fierce battle between the fianna, the witches, druids, and a demon they call Drake. Drake tried to lay claim to our world, no one is really sure why. He waged a fierce battle that lasted for years, unleashing terrible evil upon our world. The fianna, witches, and druids came together in a show of force to defeat Drake, and an unknown power was summoned to banish Drake from our world. He was sent to the Underworld where he could not harm anyone. Many lost their lives and many more were imprisoned with him in the Underworld. When the portal opened, some were sucked through along with Drake and those he had fighting with him."

"Dad," said Branna said, annoyance and fear evident in her voice. "What does this have to do with us?"

"Well, Branna, I am getting to that," their father replied patiently.

"It is said that there will come a time when Drake can walk among us once more. There will be born three witches with a combined power great enough to destroy the evil within Drake and bring peace to the Earth for good. When the youngest witch reaches the age of twenty-one, the portal holding Drake will open and he will come to wreak havoc upon our world once more."

The sisters were finally seeing the connection and fear gripped their hearts. Kyna, their baby sister, would be twenty-one in two weeks.

"Wait a minute," Nova said. "How do you know we are the sisters in the prophecy?"

"Your birthmarks," their mother said softly. "They are the mark of the three."

Nova looked down at her unique birthmark. On the inside of her right forearm was a perfectly symmetrical triple spiral that most people assumed was a tattoo, and it was an exact replica of the ones on Branna and Kyna's forearms.

"Oh!" cried Nova. Being the eldest, she had always felt it was her duty to protect her two younger sisters, especially Kyna with her quiet unassuming ways. Kyna was a beacon of light for all of them. She seemed so outgoing and almost overly confident to most people, but in truth she was really painfully shy and Nova would shield her from the devil himself if she had to.

Branna stood up. "So what you are saying is that we" she said waving her arms at herself and her sisters, "are the three witches who were born to not only release a demon, but then turn around and defeat him?". Her voice raising an octave with each word she spoke.

"Branna calm down" Said their mother in her soft soothing voice.

"Calm down?" Branna continued to yell. "You tell me that my baby sister is the final key to unlocking a fucking demon and then tell me to calm down? No, Fuck that. Calm is the last thing I feel right now."