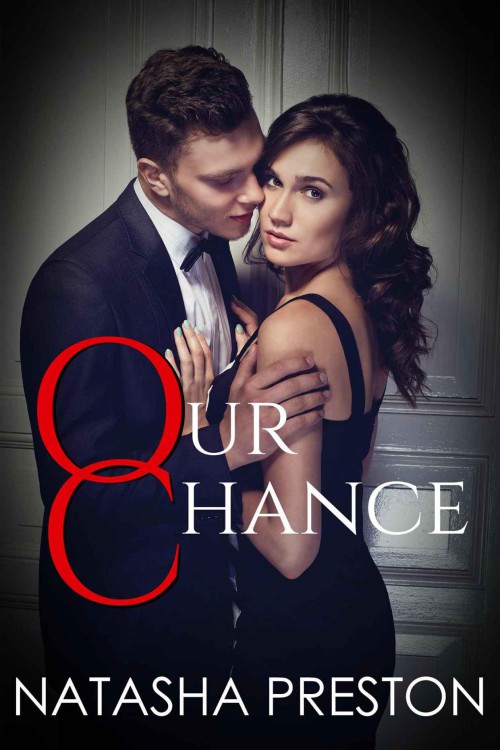 The right Natasha Preston to be identified as the Author of the Work has been asserted by her in accordance with the Copyright, Designs and Patents Act 1988.

All characters in this publication are fictional and any resemblance to real persons, living or dead is purely coincidental.

Thank you so much to my husband for his support while I spent hours and hours writing, editing and reading this book. To Zoë for her many, many kicks up the butt when my daily word targets really weren’t going to plan. To my PA Chloe for freeing up a lot of my time so I can write. And lastly, to everyone that read Second Chance and told me they want Nell and Damon’s story. Here it is!

Editing and Proofreading by Emma Mack of Tink’s Typos.

‘What colour’s your underwear?’
I bit my lip as I read Damon’s latest text.

I couldn’t concentrate on work and it was all his fault. Who goes on a lad’s holiday for a week, knowing full well that your
special friend
won’t be able to have sex until you return and then send said
special friend
the dirtiest text messages in existence? Even
I
blushed at some of them.

His messages made me hot and needy and if every man I worked with didn’t look like a troll, I would’ve dragged one of them to the bathroom by now. Damon and I had a ‘friends with benefits’ agreement, one that had been running for about six years now and one that I couldn’t wait to resume the second he got home.

It was the New Year and it’d started with me watching Chloe and Logan suck each other’s faces off while I exchanged a Happy New Year text with Damon. Now, two days on, I was back at work and wishing I was still watching my best friend getting dry humped in the middle of a club. 2015 was not looking good.

‘Shut up, leave me alone & enjoy your holiday’
, I replied, then turned my phone onto silent and chucked it in the top drawer on my desk. I started working for the haulage company not long after finishing university. I had a degree which said I could turn a business around like a fucking pro, debts that told me I needed to, but the job I’d landed was right at the bottom of the ladder. Actually, I was the dirt under the ground that held the ladder.

The company was super small, my dickhead boss was a disgusting pervert, and I got to be his PA. But it was a start. I saw a careers advisor who’d told me to go for this job and in six months time I would have experience in the industry and would be taken more seriously from bigger companies. She better be right.

No please. Never a please.

Gritting my teeth, I pushed my chair out and went to get his sodding file from the storeroom – a storeroom that was closer to his office than mine. The girls in accounting winced at me as I walked past. One of them used to be his PA before moving over. I hated her for switching and creating my job opening.

Ignoring them, I ripped the door open and dug through the archives under E. I wanted to turn his shitty, just ticking over company around, not make coffee and get things for the lazy, rude tosser in the next room.

He’d had two assistants in the past, one now in accounting and the other left. The longer I was here the more convinced I was that this wasn’t a start of a career, he just wanted someone to take care of him at work.

Pulling the file out of the cabinet, I repeated in my head,
four months to go, four months to go.
It wouldn’t even be that bad if he wasn’t so rude and didn’t let his son – and unsurprisingly Deputy Manager – talk to my breasts.

“Here you go,” I said, smiling brightly behind an urge to punch him in the face. The younger version of him stared at me from his chair by his dad’s desk. “Good morning, Harry.”

A small smile crept on his face and he raised an eyebrow. “Good morning, Nell.”

I didn’t like Harry, he looked too hard and crept up when you least expected it. He was a creep and his dad had never told him to stop. I liked really dark eyes, usually they were alluring and mysterious but Harry’s almost-black ones were beady with an edge of stalker. With light blond hair, the same as his father’s, his mega dark eyes looked even more odd.

“A coffee when you’ve got a minute. Harry, want one?” Reg said.

Harry’s eyes never left me. And when I say
me
I mean my cleavage. “I would love a coffee, Nell.”

My fake smile grew to the point where it hurt. I was sure they must be able to see it was a fuck-you smile but I didn’t care. “Of course. I won’t be a minute.”

If I had laxatives I would grind one – or nine – up and put it in their coffee. Hurry up five o’clock. I made the coffee and then went back to my office to busy myself with rubbish little tasks that I’d been putting off but would mean I wouldn’t have to leave my office and risk running into them for the rest of the day.

After work I went straight over to my best friend’s. Chloe answered the door and I felt the stresses of the day melt away. Her smile faded when she saw my frown. “Good day then?” She asked, wincing and tucking her long, straight, brown hair behind her ear.

Not Dead Enough by Warren C Easley
Gretel and the Case of the Missing Frog Prints by P. J. Brackston
Valentine's Day by Elizabeth Aston
Third and Long: A Sports Romance by Caitlyn Maxwell
Good Girl or Gold-Digger? by Kate Hardy
The Acolyte by Nick Cutter
Has Anyone Seen Jessica Jenkins? by Liz Kessler
Office Sex: The Perfect Score by Michaels, Joan
Precious Embrace (Embrace Series) by Mason, Dana
Stirred: A Love Story by Ewens, Tracy