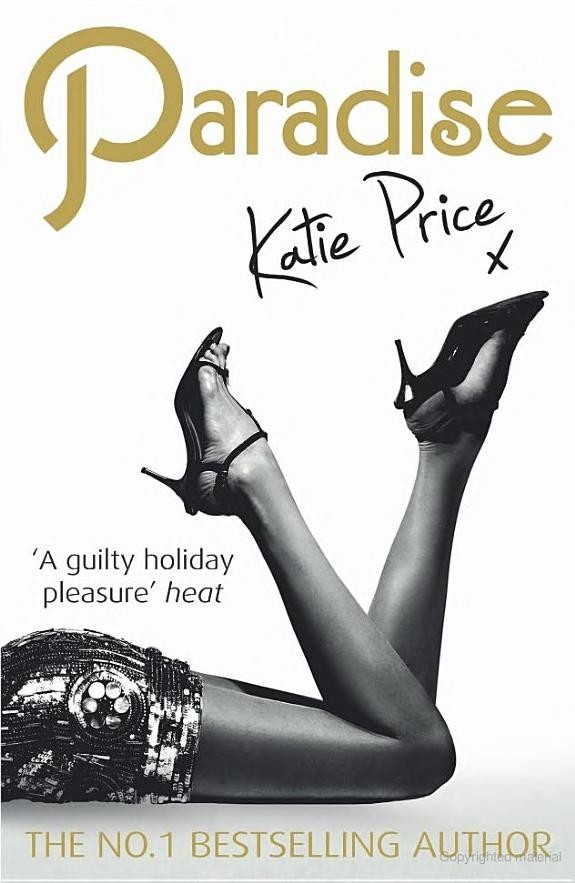 It’s six months since beautiful model Angel Summer found herself having to choose between a life with Ethan Turner, the laid-back Californian baseball player, or giving her marriage to football star Cal Bailey another go.

But it looks like Angel made the right decision when she chose Ethan, and life in LA is good.

But the path of true love has never run smoothly for our sexy celebrity, and when her dad falls dangerously ill Angel rushes back to England to be by his bedside, throwing her and Cal back together. But Ethan loves her, Cal has a girlfriend, and Angel has made her choice. It’s too late to go back now . . . isn’t it?

Jordan
:
Pushed
to
the
Limit

You
Only
Live
Once

Ponies to the Rescue

Time for a Picnic

EARLY MORNING, SANTA MONICA
. Angel Summer was still half asleep. In the distance she could hear the waves of the Pacific Ocean breaking against the shore, the new wake up call in her life. She stretched out her arm expecting to find Ethan next to her, but his side of the bed was empty. He must have already left for training. She would just go back to sleep for five more minutes . . .

But then Ethan’s LA drawl cut across her thoughts: ‘Happy anniversary, sleepy head.’

Angel opened her eyes and looked straight into the bluer-than-blue eyes of Ethan Turner, star baseball player of the Los Angeles Dodgers and her lover for the last six months. She was puzzled by his declaration, though. Was she missing something? She wasn’t aware of any anniversary.

She sat up, pulling the duvet round her. Long white-blonde hair, tousled from sleep, cascaded down her golden-brown back. And that’s when she saw that all around the bed were arranged beautiful bouquets of flowers: ice-white roses, delicate pale pink peonies, and dramatic crimson Oriental lilies. The bedroom now resembled a florist’s!

‘What’s all this for?’ she asked in surprise.

‘It’s the anniversary of me first seeing you in Chateau
Marmont.’ Ethan smiled the sexy, lazy smile that even now, six months into their relationship, still made her heart flip. ‘God, Angel, I sure as hell won’t forget that moment. You were easily the most beautiful woman I’d ever seen.’

Angel rolled her eyes at the outrageous flattery. ‘And let’s face it, Ethan, you’ve had a few in your time.’ She often joked about being one in a long line of his conquests, but actually it was a source of deep insecurity for her. Models, actresses, a top tennis player – she’d checked Ethan’s exes out on the net and they were all gorgeous.

The smile went from Ethan’s face and the blue eyes turned serious. ‘Angel, I swear you’re the only one for me.’ He slid his strong arms round her and pulled her towards him. ‘My beautiful Angel. How is it you can look so good in the morning? You look like Marilyn Monroe in those photos . . . where she’s only wearing a sheet and the camera loves her.’

He lightly caressed her bare back, sending shivers down her spine. It was so tempting just to lie back and surrender to his touch but Angel exclaimed, ‘I must check on Honey,’ and was all set to jump out of bed to see if her two-and-a-half-year-old daughter was awake.

‘No need,’ Ethan told her, ‘Lucy has taken her out. It’s just you and me, a rare luxury these days.’

Angel bristled slightly at the suggestion that her daughter was somehow an inconvenience to Ethan. He was not Honey’s father: Cal Bailey, the former Chelsea footballer, was. She and Cal had separated just over six months ago. Ethan caught the look.

‘Hey, I didn’t mean it like that. I love Honey, you know I do. It’s just good to have the time with you.’ He leant in to kiss her, and even though Angel was not entirely pacified she gave in to the kiss. Ethan slowly pushed her back on the bed and took away the duvet.
‘And now I want you to lie back and enjoy every second, knowing that there will be no interruptions. Just you, me and a whole lot of pleasure.’

The sex was better than ever, Angel reflected afterwards as she lay in a bath scented with Chanel’s Coco bath gel. In fact, life with Ethan was good. She felt connected to him, safe with him, and if it wasn’t the all-consuming passion she’d had with her soon-to-be-ex-husband Cal then that was okay, wasn’t it? She had always believed that you don’t get that kind of passion twice in a lifetime. Cal had been her soul-mate. She couldn’t in all honesty say that Ethan filled that role, but she loved him. Whenever she had any doubts about being with him she tried to push them to the back of her mind and focus on the positives. She loved living in LA, had plenty of modelling work there, after being signed up as a Victoria’s Secret model, along with her own lingerie range back home, and most importantly her daughter Honey seemed happy.

‘What do you want for breakfast?’ he asked, wandering into the bathroom. He’d showered in the black-marble-tiled wet room across the hall – one of the six bathrooms in his vast beach house. He just had a white towel round his waist, accentuating his sun-kissed brown skin. As well as being stunningly handsome and
resembling the actor Josh Holloway in looks, with his dark-blond hair and blue eyes, Ethan had the most gorgeous body: rock-hard abs, broad shoulders, long lean legs and the tightest bum. The sight of his half-naked body made Angel want to pull him in the bath for a repeat performance.

It seemed that Ethan had the same thought as he dipped his hand into the water and caressed her between her legs, driving her wild with his slow, knowing touch. Angel gasped with pleasure then took great delight in whipping off the towel and releasing his already-stiff cock. You’ve just got to love a man who’s good to go again, she thought, pulling him into the bath with her. The water sloshed over the side as Ethan thrust into her, but neither of them cared. Two mind-blowing orgasms and it wasn’t even 8 a.m. . . .

Breakfast was served outside by Ethan’s stylish infinity pool, with its cobalt blue mosaic tiles and a breathtaking view of the glittering Pacific Ocean stretching beyond it. Jose, Ethan’s Mexican butler, bustled around pouring out glasses of freshly prepared mango and pineapple smoothies, along with black coffee for Ethan and PG Tips for Angel. Ethan tucked into a plate of scrambled eggs and smoked salmon while Angel had toast and Marmite.

She had never in a million years imagined that she would one day have staff doing practically everything for her. Life with Cal had been luxurious but they had kept it fairly low-key and just had a cleaner, nanny, occasional driver and security. But Ethan had a whole team of people looking after him, headed by Jose and Maria his wife, who was the cook, along with an army of cleaners and gardeners and several chauffeurs – so many that Angel had given up trying to learn all their names.

‘I love you, babe, but I don’t know how the hell you can eat that stuff,’ Ethan said fondly as he watched her take a hearty bite of her toast. Sex had given her a very healthy appetite. It was one of many culture clashes between the couple – he didn’t get why she would only drink cups of PG Tips, had to watch X
Factor
(
American
Idol
just wouldn’t do), and never missed a Chelsea match.

Angel was a life-long supporter of the club. Football was in her blood. Her dad Frank was a football coach for one of the youth teams in Brighton, and her brother Tony was the sports physio for West Ham. And, of course, she had been married to Cal, a Chelsea and England player. She had always loved the game with a passion. Had never simply been a WAG who cared more about her designer outfits and the state of her nails than how England performed in the World Cup. Ethan had tried watching football, or soccer as he called it, but just couldn’t get into it.

Of course the cultural differences went both ways. Angel didn’t get how so many of the Americans she met in stores always put on the ‘have a nice day’ act, and she definitely didn’t get baseball. She dutifully went to all the big games, cheered Ethan on, put on a great act of being engrossed, but she found it Dullsville after footie. To her, it would always remind her of rounders, a game she associated purely with school and had always thought a bit girlie. But she kept that thought well and truly to herself, knowing Ethan would not appreciate that description of the sport which had made him a multi-millionaire and one of the most widely recognised sportsmen in the States.

‘So when you’ve finished eating that vile stuff,’ Ethan told her, ‘we’re taking a drive into the Hills to buy you an anniversary present. I’ve got my eye on something in Tiffany’s but I want you to check it out first.’

‘You don’t have to buy me anything!’ Angel exclaimed. She had never been the kind of woman who wanted men to lavish expensive gifts on her. She had always been fiercely independent when it came to money, and always liked to pay her own way.

‘But you never let me buy you anything. I’m overruling you this time,’ Ethan told her. ‘Come on, I know you love Tiffany’s.’

That did weaken her resolve somewhat. She adored the store, and always felt like a little girl waking up on Christmas morning surrounded by gorgeous presents whenever she went in. Angel polished off her toast and padded back inside to get ready.

She loved Ethan’s ultra-modern beach house, so light and airy, with its glass walls and rooms where you could change the colour of the lights according to your mood, though she did miss her old house just outside Brighton, an elegant Georgian mansion with views of vivid green fields, stately horse chestnut trees and her two horses in their paddock. Inside, the house had been cosy and full of colour. Now, alas, it was rented out to strangers. Ethan’s was in more minimalist taste, so there was lots of white and taupe, white marble floors, white-upholstered furniture and white rugs.

Loving A Firefighter (Loving Series) by Carlton, Susan Leigh
The Keeper of Secrets by Amanda Brooke
The Jewel Collar by Christine Karol Roberts
Promiscuous (Book 2 in the Fixer Series) by Raynes, Alyson
Bluebonnet Belle by Lori Copeland
Eye of the Storm by Kate Messner
The Pearl (Galactic Jewels Book 1) by Jen Greyson
The Courting of Widow Shaw by Charlene Sands
Frogs & French Kisses #2 by Sarah Mlynowski
Run Wild With Me by Sandra Chastain