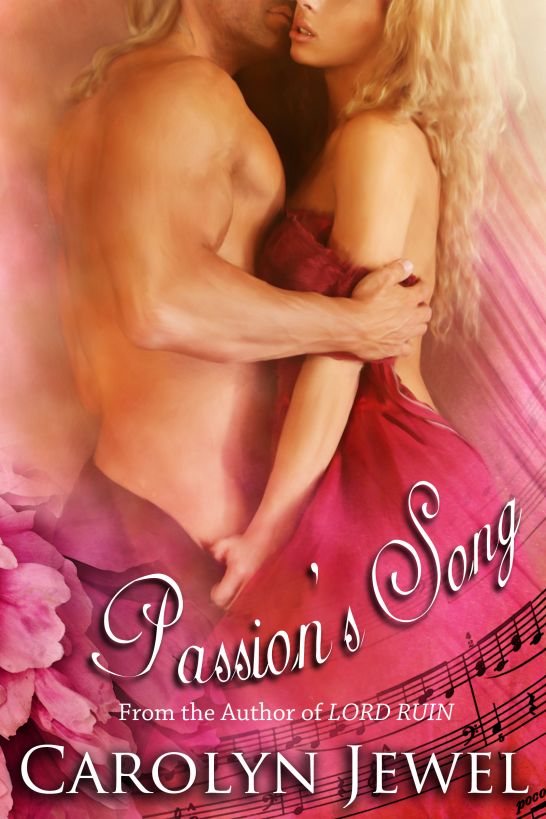 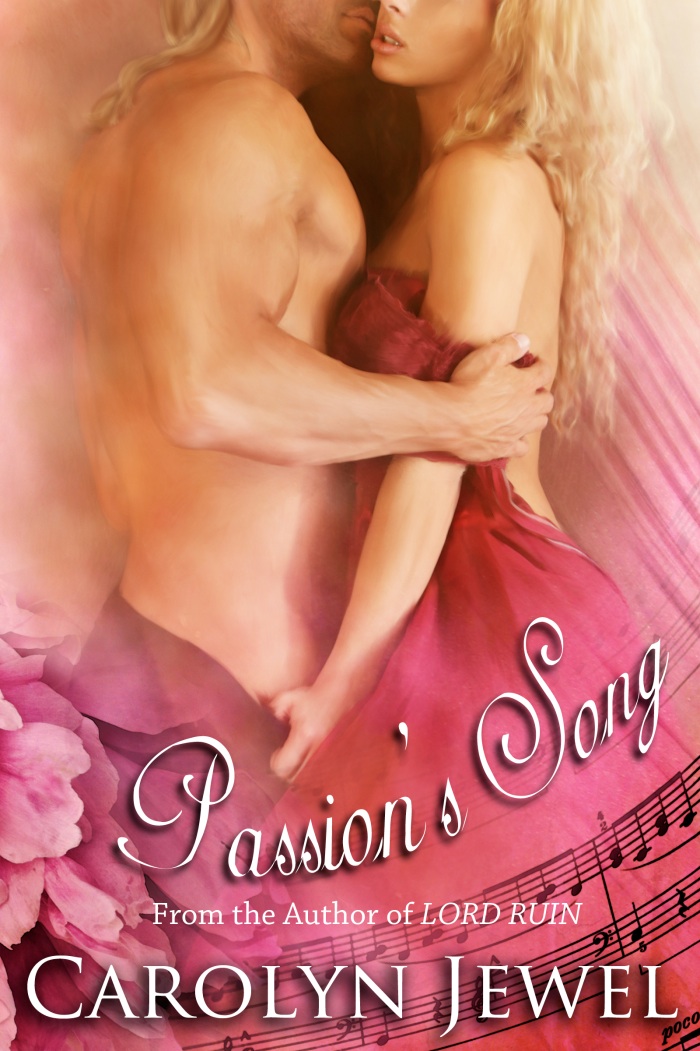 All rights reserved. Without
limiting the rights under copyright reserved above, no part of this
publication may be reproduced, stored in or introduced into a
retrieval system, or transmitted, in any form, or by any means
(electronic, mechanical, photocopying, recording, or otherwise)
without the prior written permission of both the copyright owner
and the above publisher of this book.

This is a work of fiction. Names,
characters, places, brands, media, and incidents are either the
product of the author’s imagination or are used fictitiously. The
author acknowledges the trademarked status and trademark owners of
various products referenced in this work of fiction, which have
been used without permission. The publication/use of these
trademarks is not authorized, associated with, or sponsored by the
trademark owners.

This ebook is licensed for your
personal enjoyment only. This ebook may not be re-sold or given
away to other people. If you would like to share this book with
another person, please purchase an additional copy for each person
you share it with. If you’re reading this book and did not purchase
it, or it was not purchased for your use only, then please return
to Smashwords.com and purchase your own copy.

Passion’s Song
was originally published in 1987 and is the first book I
wrote. Other than correcting typographical errors in the original,
this book stands as I wrote it in 1987. The back cover copy of the
original book referred to a devilish duke, even though there was no
duke in the story. I have refrained from the temptation to add
one.

American orphan Isobel Rowland learns she is the
illegitimate daughter of an English aristocrat only when her father
at last locates her and brings her to England. Her father intends
to find her a husband, and if she can catch the interest of
Alexander, Marquess of Hartforde, all the better. She hopes to
continue her musical studies but finds it impossible unless she
masquerades as a young gentleman. Alexander’s interest in
remarriage is close to nil, though he finds Miss Rowland
intriguing. He is more than happy to act as patron to a promising
American musician, Ian Rowland. When Alexander discovers that Ian
and Isobel are the same person, their lives collide and before
long, they have no choice but to marry and attempt to make a life
together.

It was damnably hot in the room, and it was so full
of dancing, drunken men and women that Alexander, standing rather
stiffly by himself, fairly itched to loosen his cravat. Instead, he
unfastened two of the buttons of his coat. He brushed a stray lock
of sandy hair from his forehead and longed for the moment when he
and his bride might discreetly retire. His present discomfort
seemed to him a small price to pay for a lifetime with the woman he
adored. His green eyes softened when they fell on the young woman
he had married some few hours ago. Lady Sarah was finally his wife.
She was dancing with Alexander’s father, and she looked radiantly
happy as she floated around the crowded dance floor as if there was
no one else there. Her white-blond hair was beginning to loosen
about her faintly flushed cheeks in a way that made Alexander
appreciate his wife’s delicate beauty all the more.

Their courtship had been brief, but he thought the
six weeks preceding her acceptance of him had been an eternity. He
was in love as he had never been before.

And Lady Sarah had let it be known that she was as
desperately, passionately, and fashionably in love with him as he
was with her. Marriage had been the furthest thing from Alexander’s
mind when his father had first suggested the match just over a year
ago, which was—not coincidentally—some months after Lady Sarah’s
betrothed, the duke of Worling, was killed in a senseless accident
during a sojourn in Paris. As Lord Hartforde had patiently pointed
out to his son, Lady Sarah brought a sizeable dowry, she was, it
was commonly agreed, the greatest beauty in many a London season
and, of course, the match was socially brilliant. Lady Sarah was
the only child of the duke of Mallentrye, and Alexander, one hardly
need point out, stood heir to his father’s considerable estates. It
was only because of a sense of filial responsibility that Alexander
had started courting Lady Sarah. Much to his surprise, he had soon
found himself hopelessly in love.

Alexander’s attention was diverted from the dancers,
and from his wife in particular, when his father-in-law pushed his
way through the press of guests to stand at his side. The duke of
Mallentrye was by no means a short man, yet he found himself
looking up after his son-in-law straightened from a graceful
bow.

“
So, there you are!” The duke
addressed Alexander more loudly than was strictly necessary from
the level of noise in the room. “I trust you and my daughter shall
visit me often.” The duke thumped him heartily on the
back.

“
No doubt we shall, Your Grace,”
Alexander said, taking a cautious step backwards to discourage
another demonstration of enthusiasm. He managed a pleasant enough
smile and supposed he ought to be grateful the staunch Tory had
condescended to bestow his only daughter on an avowed Whig. He
already had the utmost respect for the duke, and he was doing his
best to like him to the same degree.

“
I insist on it, young man! I
expect you to continue to spoil her, just as I have.”

Alexander began to suspect the duke’s unusual
exhilaration was due more to an excess of Nantes brandy than to his
joy at the marriage of his daughter.

The duke would surely have continued his harangue if
he had not been interrupted by Lord Hartforde bringing Lady Sarah
over to them. “Thinking of abducting my Sarah, Hartforde?” the duke
called out to Alexander’s father as the two approached.

“
Lord Hartforde dances so
divinely, Father, that I am just now recovering my breath.” Lady
Sarah, still clinging to Lord Hartforde’s arm, glanced up at her
late dance partner with shining eyes.

After Lord Hartforde greeted the duke, Alexander
turned to his wife. “Perhaps, Lady Sarah, we might soon retire,” he
murmured, reaching to take her hand.

“
Oh, no!” she cried. “Laurence,
that is, Lord Hartforde,”—she blushed at her indiscretion—“has
promised he will gavotte with me!” She did not look at her
husband.

“
I shall never be the one to
disappoint you.” Alexander spoke lightly, but his eyebrows drew
together. “However, afterwards, I am afraid I shall insist.” He
lifted her hand to his lips and found himself looking into eyes
that were a glacial blue.

Later that evening, Alexander was confronted with
that same icy gaze as he listened to his wife tell him she could
not return his slightest affection. “I love another, my lord,” she
said plaintively. The expression of sadness on her delicate
features lasted the entire length of time it took her to avert her
head and seem fascinated by the curtains over the eastward
windows.

“
If you do not love me, why, then,
did you consent to be my wife?” Alexander paced in front of her
chair. He found it impossible to be still, and it was only by the
greatest exertion of control that he kept his voice steady. Never
once had it occurred to him that Sarah did not return his love. He
was confounded that he had been such a blockhead as not to see
it.

“
Because it was what my father
wanted!” She raised unhappy eyes to her husband, curling and
uncurling her slim fingers as she watched him pace.

He felt a peculiar tension in the region of his
chest when she averted her face from him. “Sarah—“ He stopped
pacing and went down on one knee before her. Grasping one of her
hands, he began to speak in an earnest tone. “The Hardwicke act was
passed some 25 years ago to prevent just such marriages as this.
You need not have been forced to marry against your will. I shall
procure an annulment tomorrow if you are so discontent that there
is not the slightest chance of your happiness.” He kissed her hand
and prayed she would refuse his offer of annulment. His head was
bent so he did not see her eyes open wide in horror.

“
No, my lord!” At her exclamation,
he again kissed the tiny hand he held. “But you must understand.”
She continued in a softer voice. “I was to be the wife of a duke.
...” She pressed his hand ever so slightly.

“
Perhaps, one day, you will come
to love me, as I do you.” He lifted his head to look into her clear
blue eyes. “After all, Sarah, it is I who am alive.”

“
Oh.” The sound was a low whisper.
She looked away and caught her lower lip with small white teeth.
“You are cruel to remind me of my loss, my lord.”

“
And you are cruel to have
consented to marry me if you do not love me!” he cried. He laid his
head in her lap, and she smoothed his brow with two slim
fingers.

“
But, I have married you,” she
said. Lady Sarah was delighted that her pronouncement had achieved
such wild success. He was absolutely prostrated with love for her!
The possibility of having to marry a man twice her age had been
enough to make her privately agree with her father that the
some-day-to-be 11th marquess was a most suitable husband.
Marchioness was perhaps not so good as duchess, but it would
certainly do. The family was wealthy enough, and Alexander was at
least a little handsome. Getting Alexander to fall in love with her
had not been half as hard as she had believed it might be, and when
she perceived the number of other young ladies who were
disappointed at the news of their engagement, it had turned out to
be twice the success. Her grief at the loss of her young duke was
played to just the right pitch; he had fallen, just like all the
others.