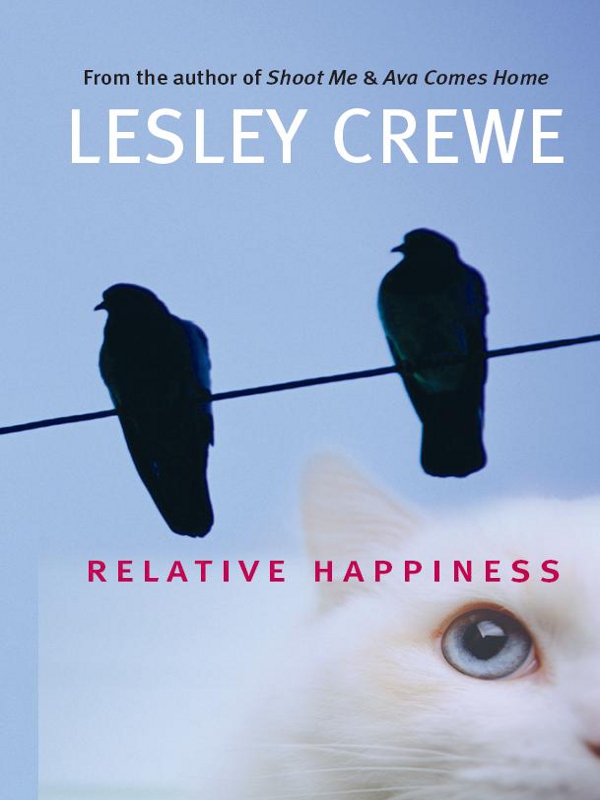 All rights reserved. No part of this book may be reproduced, stored in a retrieval system or transmitted in any form or by any means without the prior written permission from the publisher, or, in the case of photocopying or other reprographic copying, permission from Access Copyright, 1 Yonge Street, Suite 1900, Toronto, Ontario M5E 1E5.

We acknowledge the financial support of the Government of Canada through the Book Publishing Industry Development Program (BPIDP) and the Canada Council, and of the Province of Nova Scotia through the Department of Tourism, Culture and Heritage for our publishing activities.

In this world of my own making, you will forever live.

“I've never loved you. Not for a single second, you horrible man.”

Lexie threw herself across the room and fumbled with the doorknob in her haste to escape. She couldn't get the door open.

“Let me out. Let me out!” She rattled it again and again but the door wouldn't budge.

Her husband stormed over and grabbed her arm. “You're a liar!” Then he looked away and muttered, “Will you knock it off with the door knob, already? It's the only one we have.”

Lexie rattled some more. “Take your hands off me!” She whispered, “Actually, we have two knobsâbecause you're here.”

He shouted, “You'll always love me!”

“I hate you.” Lexie pulled her arm out of his grasp and turned to the front of the stage. “I hate this guy.”

Lexie jerked her thumb at her fellow thespian. “No, I mean, I really hate this guy.”

The husband sneered. “And you're such a prize.”

“God, Todd. I have to rattle the doorknob. I'm supposed to be in a frenzy. It's called acting.”

“You couldn't act your way out of a paper bag. A very large paper bag.”

The director threw his hands on his head. “Lord, why me? Okay, everyone. Take a break.”

“Moron,” Lexie grumbled as she huffed off the stage. Todd gave her the finger. She hurried down the side steps and stomped up the aisle of the theatre until she saw Susan, who sat in one of the top rows chowing down on a bag of Cheetos.

“Wow, you were really convincing,” she said with her mouth full. “I could feel your hate from here.”

Lexie plunked into the seat beside her. She reached into Susan's bag and grabbed a handful of orange junk.

“Why do I come here, year after year? I need this like a hole in the head.” She stuffed her face and sighed at the same time, which caused her to choke.

Susan passed her a bottle of root beer. Lexie chugged it down and passed the empty bottle back.

“And ruin the only entertainment I have? Not on your life.”

They smiled at each other. Because it was true. Lexie and Susan were two frumpy old maids. If they didn't have each other, they'd be total losers.

Susie licked her fingers. “So. What's on the agenda for this weekend? Shall we colour our grey or lose fifty pounds?”

“I say we shag the first guy we see,” Lexie proposed. “And Todd doesn't count. Actually, what am I saying? No one in this stupid theatre qualifies. No one in this whole stupid town does either.”

Susan tried to get a drop of root beer to drip on her tongue. It didn't work, so she stuck her tongue in the bottle. Lexie made a face.

“You'll get your tongue stuck if you keep that up.

Susan suddenly froze, the bottle hanging from her mouth. Her eyes bugged out of her head. She whacked Lexie on the shoulder about five times.

“God, Susan. Can you breathe? Are you dying?”

Susan continued to whack and waggle the bottle back and forth. Lexie started to panic. “It's alright, just let me grab it.” She took the end of the bottle and yanked for all she was worth. A huge pop caused everyone in the place to swing around and gawk.

“Holy shit, look behind you,” Susan hissed out of the side of her mouth. “Am I dreaming?”

Lexie swivelled in her seat and saw a young man standing at the top of the aisle. He wore a pair of old jeans, a sweater that was too big for him with holes in the sleeves, and a long scarf wrapped around his neck about four times. He had on a pair of knitted gloves with the finger tips cut off, and carried an old army knapsack that had seen a lot of action.

It seemed impossible, but it was as if he'd been plucked from the streets of Paris and dropped out of the sky into the middle of this dreary, dirty coal town. Nothing this exciting had happened in years.

He smiled at them and Lexie had a hard time catching her breath. As she drank him in, it registered that he was tall and lean, with a mass of shoulder-length brown hair falling in his eyes. His teeth were a beautiful white and his eyes were very blue. It looked as if he hadn't shaved in a couple of days. He wasn't classically handsomeâhis face was too angular for thatâbut Lexie knew she'd never forget him for as long as she lived.

“Anyone looking for an off-Broadway actor?”

Lexie stood, or at least tried to. Susan was directly behind her, holding the hem of Lexie's blouse in a tight grip. “Oh my Godâ¦what are you doing?”

Lexie had no idea, but she kept moving until Susan let go. She stretched out her hand and said, “Hi. I'm Lexie.”

“Hello Lexie.” He took her hand and gave it a warm shake. “What a beautiful name.”

If she didn't love him before, she sure as shootin' loved him now.

Lexie Ivy hated her name. Who wouldn't? Just try and get your fingers wrapped around an âx,' a âv' and a ây' when you're five and learning the alphabet. Her younger sisters, Beth, Gabby and Kate, had an easier time of it. Of course they had an easier time of everything, being gorgeous and slim, slim, slim while she was fat, fat, fat. Why she even talked to her sisters was a mystery. The three of them personified perfection. Growing up, Lexie fantasized about locking her sisters in a tower, but even in her own daydreams princes pushed past her. They were the fair maidens, after all.

Unfortunately, not much had changed over the years. Lexie's mother still made it quite clear that at the ripe old age of thirty, her oldest daughter was still a work in progress.

All of this ran through her head as she stared at this man. He said something because his lips moved.

Get a grip, Lex. You're acting like an idiot.
She finally let go of his hand and was instantly left out in the cold.

“Somehow I can't quite believe you're a Broadway actor. Don't you know you're in the middle of nowhere? You must be lost.”

He hesitated for only half a second, but it was long enough for her to know. He
was
lost. His eyes betrayed him.

He threw his hands in the air and shrugged his shoulders. “I knew I should have turned left at the border.”

They grinned at each other.

“Well, since you're here, why don't I ask you a few questions. I happen to be the producer of this particular play, and the starring lead.” She leaned closer to him. “There are so few of us, we all have to take turns. I'm the stagehand next time round. Or is it director? I forget.”

He gave her a little bow. “I'm at your service.”

Holy moley, I sure hope so.
What should she do now? She had a brainstorm. “Why don't I take you across the street to Tim Horton's and we'll get a coffee. My treat.”

“That would be lovely.”

This couldn't be happening. She turned around and screamed back to earth. Susan sat there with her mouth agape, as if her jaw was unhinged.

“How do you do?” He reached out and held his hand in the air.

Susie was frozen. And she stayed frozen.

“We're going for a cup of coffee.”

“Good grief, woman. I'm taking Adrian for a cup of coffee. Tell Todd the nob I'll be back in half an hour.”