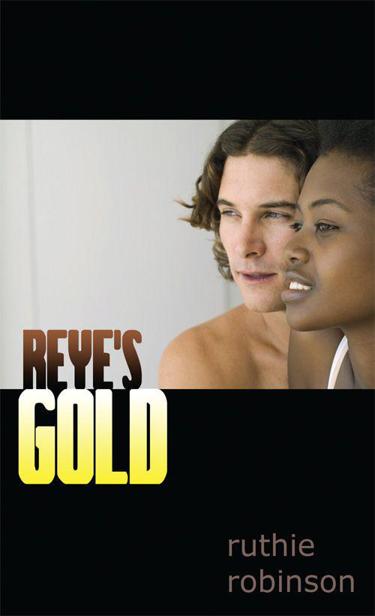 All rights reserved. Except for use in any review, the reproduction or utilization of this work in whole or in part in any form by any electronic, mechanical, or other means, not known or hereafter invented, including xerography, photocopying, and recording, or in any information storage or retrieval system, is forbidden without written permission of the publisher, Genesis Press, Inc. For information write Genesis Press, Inc., P.O. Box 101, Columbus, MS 39703.

All characters in this book have no existence outside the imagination of the author and have no relation whatsoever to anyone bearing the same name or names. They are not even distantly inspired by any individual known or unknown to the author and all incidents are pure invention.

To Ronnie for 22 years of putting up with my crazy self. Love you more than you’ll ever know.

A huge shout out to Winnie, Linda, Andrea, Gwendy
Gayle, Cassie, Lisa J, for your invaluable feedback and
support.

Growing up the only girl in a family of four older
brothers offered mucho benefits for Reye Jackson: an
endless supply of boys to ogle, protection and assistance
in a fight, and four escorts held in reserve, for use only under extreme and dire conditions. Being the only aunt
also offered up mucho benefits from the nieces and
nephews of said older brothers, in the form of gifts, ado
ration, and copious amounts of hugs and kisses. Today,
however, “only” was a dirty word in Reye’s vocabulary,
and not the dirty associated with sex, either. “Only” was
responsible for her current plight, running to catch her
airplane ride home.

She was late, and Reye hated, hated, hated being late.
She’d overslept this morning and had to haul ass or miss her flight back home to Austin. She was returning from Fort Worth, where she’d spent time babysitting for her
oldest brother, Jack, and his wife. Her sister-in-law,
Neeci, had been a bridesmaid in a wedding held in New
York, the city that never slept. Seeing and seizing an
opportunity to turn a weekend wedding engagement into
a week’s vacation, the couple had called the only aunt late
one night, when she was only partially awake. Somehow,
the only aunt had volunteered to watch the kids for a
week. Not one child, mind you, but three children.

C
ount them and weep: ages two, not potty trained; five,
an energetic boy; and twelve, the smart-aleck diva. This
week, she’d answered questions, read stories, played in
the park, texted until her fingers were numb, and sat on
the potty long enough to last her a lifetime.

So, now a harried, perturbed, and exhausted aunt
hurried to leave for the airport. The alarm hadn’t gone
off, and so it was now nine-fifteen. Her flight was scheduled to leave in forty-five minutes. Seeing to the needs of
three children was major hard work, and, in addition to
the week’s child dramas, their parents’ return flight had been delayed. Her brother and his wife had arrived home
at nearly two in the morning. The only aunt had waited
up, and they’d all snored happily late into the following
morning, kids included, until, thankfully, her mother
had called.

Reye didn’t spend a lot of time pampering and getting
dressed, making up some time. Her short locks made at
least her hair relatively maintenance-free. If only she
could have driven herself to the airport she would have
made it easily, with time to spare even, but her brother
had slid behind the wheel of the family’s minivan,
turning into the world’s safest driver. Of her brothers,
Jack had always been the speed demon. Not anymore; his
speed genes had been lost for good. He’d apparently
traded in a perfectly good speeding record for the protec
tion and safety of his kids.

Pulling up to the curb of the airport now, Reye
turned to him, gathering her backpack and single suitcase. “Thanks for the lift,” she said and leaned over to k
iss his cheek. “Don’t call me the next time you need a
babysitter.” He laughed while she grabbed her bags and
high-tailed it for the doors.

She found the first class check-in line for her airline
carrier thankfully short, and parked herself at the end of
it. While she waited, she took a moment to look over her
potential traveling companions, all lined up like sliced
bread, waiting for assistance. An older African-American
couple well into their sixties stood immediately in front
of her, holding hands while waiting their turn. She hoped
that when she reached their age, she would have someone
that she loved enough to want to hold hands with, too.
The couple reminded her of her parents, who had been
together for forty-five years.

Directly ahead of the older couple stood a tall woman,
whose commanding, confident manner and dress pro
nounced her a business executive, probably at home in any
American boardroom. Reye envied the drive that women
like her had. She yearned to have an innate knowledge of
her life’s true purpose. Life had to be easier, run smoother, if you knew where you were supposed to go.

Her eyes continued their travel, halting and resting
on the next person in line. Talk about F.I.N.E.! This boy
was all that and a bag of chips! GQ kinda fine! And Reye knew fine. She had always held an appreciation for men,
regardless of their color. Man-child could be red, white,
blue, or green, it didn’t matter. She’d studied and watched them with a passion for as long as she could remember, enjoying the way they moved, the way they breathed, and
even the way they smelled after a hard game of soccer.

O
kay, that was her personal fetish, but so what. She loved
the play of their muscles when engaged in activity, run
ning, walking, or just plain ol’ standing still.

Momentarily setting aside her rush, she paused for a
minute to take in this excellent specimen of manhood set
before her.
Nice!
she thought.
Very nice, indeed.
He was
tall, about two inches over her height, maybe six feet, two
inches or so. He was white, well, more golden, actually.
He probably spent major time outdoors. She hadn’t dated
any white boys before, but she appreciated them
nonetheless. Tall and lean this one was, with nice toned
legs, not too thick but well defined. He had on those
long, too big cargo shorts that all men wore these days,
resting very nicely on an excellent butt, and no one
appreciated butts more than she. His feet were encased in brown leather sandals that supported some nice long feet.
Hmm, Reye mused, didn’t feet imply a little “somethin’ somethin’” about a man’s appendages? Her eyes traveled
back up, lingering again on his butt, before moving fur
ther up to take in a nice trim torso.

Just then he had turned to face Reye, providing her
with a nice view of a well-developed chest outfitted in a snug t-shirt that must love being on that body. Squinting,
she peered intently at his stomach. Was that a six-pack?
Maybe, could be, the shirt would have to go to be sure.
Continuing upward on her personal tour, she encoun
tered a pair of striking blue eyes, set in a very handsome
face, topped off nicely by a thick head of short, black,
curly hair. Affixed to his face was a slightly wicked smile,
where full lips sat surrounding perfect white teeth. She w
as sure it had lured many a girl over to the dark side. Wondering at that smile, she discreetly looked behind to
find its intended recipient. Nope, no one stood behind
her. Okay, could he be smiling at her? Not bloody likely,
she thought, borrowing her favorite British term. Slowly
turning around she looked to her left and right, nope, no
one there either. She found his eyes again, and yes, he was
still smiling, and yes, that smile was, in fact, directed at her. He’d cocked an eyebrow as if to say, “Yeah, I see
you.” Apparently he hadn’t minded Reye’s perusal, so she
smiled back, because something that good should be rec
ognized and appreciated. Her smile said “yes, you caught
me, and yes, you do look that good.”

He was called up next to the counter, putting an end
to her peep show. You could tell the counter girl was
giving him the once-over, too. Reye could certainly
understand and sympathize. What must it feel like to
him, to be on the receiving end of nonstop admiration?
That was so not her problem. Men usually found her
height off-putting, not moving beyond that point. The
ones that weren’t deterred usually had their own brand of
issues that limited their appeal to her.

Two ticket agents, both women, worked the airline’s counter. A young, petite redhead had begun to assist the golden one, Reye’s nickname for the gorgeous male spec
imen in line, and was taking her time about it, too. The other ticket agent was much older, with short salt and pepper hair curling over a plain, nondescript face, her
persona efficient and no-nonsense. The lady in the busi
ness attire moved to the counter next and was quickly
h
elped and sent on her way. That left the older couple
immediately in front of Reye, who were called and
moved up for service. Only Reye remained in line, and it was now 9:45. “Okay, let’s get moving,” she whispered
under her breath, not too loudly; the last thing she
wanted to do was piss off the ticket agents.
He
was still at
the counter. Reye rolled her eyes and checked her watch
again, fighting against tapping her feet to show her impa
tience. The golden one was proving to be a distraction,
and, beautiful or not, she had a plane to catch. The ticket
agent helping him appeared intent on starting a conver
sation, fluttering her eyelashes, her smile broad, talking rather than processing.

The older couple was dispatched and finally it was
her turn. “Welcome to the National Airlines. Destina
tion?” the agent said, holding her hand out toward Reye for her ticket.

“Austin, Texas, and I’m running late,” announced
Reye softly, adding a hint of pleading in her voice, as she
approached the counter. The golden one looked up
sharply, giving her a considering look. Apparently he’d been listening and watching, passing along another smile
to Reye, to the annoyance of the redheaded ticket agent.