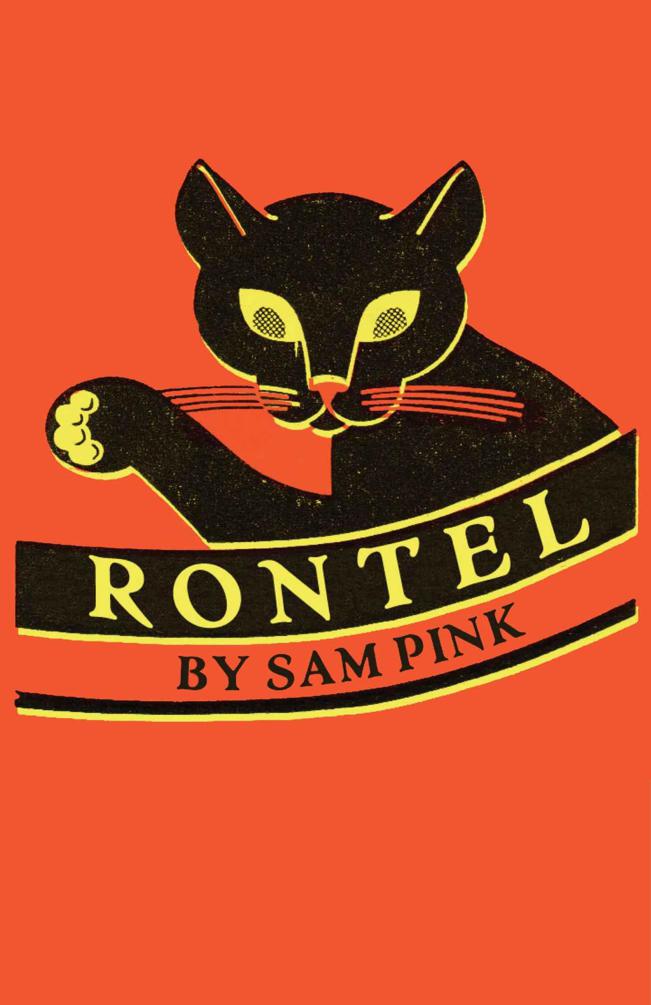 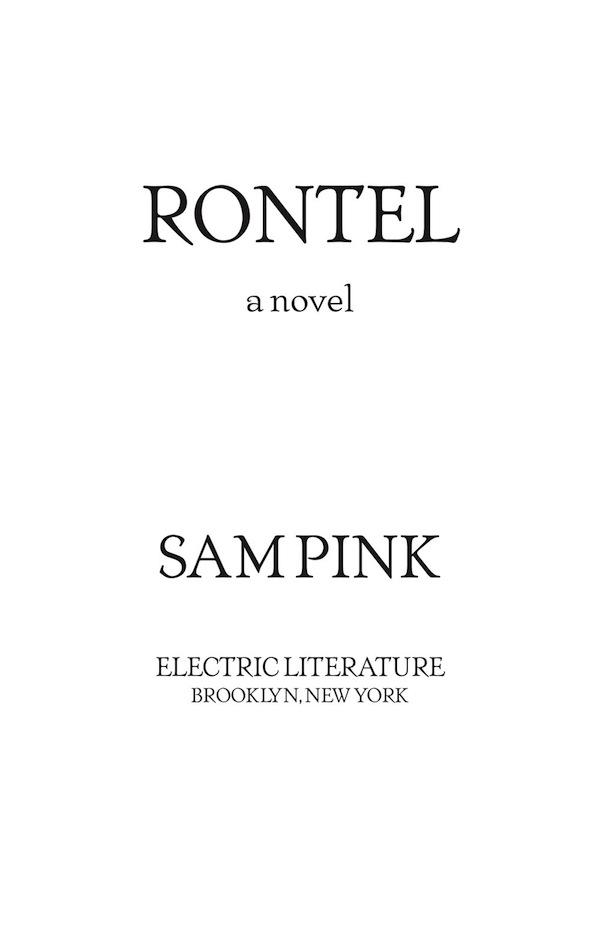 AFTER MY GIRLFRIEND LEFT FOR WORK THIS MORNING, I lay in her bed for an hour looking at the wall.

Fuck, this is really good—I thought.

It was good if you didn’t think about doing it as you were doing it.

Sometimes I put my hands up to cover my face.

That made it even better.

I went to the bathroom.

There were flakes of my girlfriend’s makeup left in the sink.

When I turned on the water to rinse my face, the water carried the flakes down the drain.

And I saw a miniature version of myself surfing on one of the flakes.

The miniature version of myself looked back up at me and smiled, yelling nonsense and pointing at me—then into the drain, laughing and yelling.

And the normal-sized version of myself watched, jealous.

I put water against my face and rubbed my eyes.

It made me feel better, but only for a few minutes.

And I decided when it was my turn to be the smaller version of myself riding a flake of makeup down the drain—I’d wave to the normalsized me and yell “into the terror” before entering the drain, laughing.

I encountered my girlfriend’s roommate in the hallway.

Her roommate disapproved of me being there when my girlfriend wasn’t. We didn’t say anything to each other as I went out the door.

Just another person I don’t interact with.

An hour and twenty minute commute to get back to Uptown.

I walked down Western Avenue to get to the Blue Line train.

Had to get back home.

It was my last day of work at the department store warehouse where I’d been working for the last two years.

And even though it was my last day, I didn’t want to be late.

Because then someone would say, “Hey, why are you late.”

And I wouldn’t lie.

I’d just turn away and avoid eye contact and say, “I’m tired” or something similar.

Not even summer yet and already hot.

Fuck the summer and fuck all these people.

People talking to themselves.

People under the Western Bridge, their mattresses between concrete support beams, right next to the street.

People taking fliers then throwing them in the garbage five feet later.

People sitting on milk crates on the sidewalk, staring.

People with no idea how to spend the day.

People who wished the day was already over.

People whose day was already over.

Thought about myself in front of everything.

Thought about the nearly impossible idea that there was this many things and so many more, then endless things between them where they intersect, and mean something different to everyone.

And how everything referenced me.

Me, the most necessary part of all.

No way to think of anything without the idea of me involved.

The idea of me.

Each thing needed me.

I didn’t need them, but they needed me.

And standing there breathing on the sidewalk, I did my job.

No, I said you’re fucking welcome.

And also, suck my dick.

On a side street, I saw a kid kicking an apple down the sidewalk.

I watched him, not knowing what else I should be doing.

Not having anything else to do.

I decided I wasn’t going to work.

What should I be doing right now—I thought.

Watch the kid kick the apple.

There is nothing that can’t be learned from this.

Ok I’ll do that, thanks.

I watched the kid kicking the apple, imagining it as my heart.

My heart felt so hurt right then but I didn’t know why.

Never knew why I felt so hurt for things I couldn’t explain.

Or why feeling hurt was my commitment to others.

Wanting to admit everything that was wrong about me—then hear the things other people noticed and admit to those things too.

At least I have that.

Nothing could happen to me that I hadn’t already prepared myself to feel.

Making it so whatever actually happens, happens easy.

The kid kicked the apple a few more times—his hands in fists.

When the apple rolled to a stop by a fire hydrant, he went up and just stomped it.

Down the block a woman yelled, “Jeffr’, get da fuck over here nah!”

The kid stomped the apple twice more with his heel.

The way he stomped the apple was funny.

Balancing himself above it in just the right place to lift his leg and stomp the apple—both hands in fists at his sides, heel stabbing.

Jeffrey ran towards her.

I stared at the stomped apple.

What is the normal thing to be doing right now.

What should I be doing.

Having access to any and all options—what was the normal thing to be doing right at that moment, walking down Western Avenue in Chicago at the beginning of an extremely hot summer.

What was the normal thing to be doing, as myself at that moment.

Given all the qualities I embodied and could use to interact with the world, what was the right series of actions to begin taking.

What if the first action to be taken was to return to the stomped apple and keep stomping it.

What if I was supposed to protect the apple.

Or what if it wasn’t even normal to be in this very moment, doing what I was doing as this person.

What if I didn’t even have the option for something great because I couldn’t even return to a situation that allowed it.

I heard a spaceship captain in my head, and he said, “Original route, impossible. We now enter: Total Isolation.”

Maybe the right series of actions led me back to where I went wrong and then to a whole new series, but I only had enough energy if I didn’t expend a single needless move or thought.

Blankness responding to my sonar.

No people to talk to.

No, there were things.

But there was no single thing, only things.

And I couldn’t get the things to work together.

I’d make like, two or three work, but then I’d realize those two or three things were attached to everything else, which never worked.

Because other things would say, “No, we’re not going to work with these things.”

And the possibility of mishandling the events of my life or any life was so likely and so final, it stunned me from wanting anything.

The latest in shithead technology.

Breathing, on a street corner.

I stopped at a stoplight, where the “DON’T WALK” signal counted down twenty seconds.

Two women talked, sitting on a bus stop bench nearby.

One said, “Now dey trynna gemme for murda.” Pointing at where her one eye was missing, she said, “How you gon say a bitch with one eye”—still pointing at the other eye, which was open wide—“one eye, finna murda someone. I cain even see the motherfuckuh. Hah. Wh’I look like, muh fucking magician?”

The other woman said, “Oh, so issa, like, issa real trial then.”

“Yeah, they trynna
get
me,” the first one said. “Ain about ta happen like that though, girl. Uh uh.”

“Yeah,” the one-eyed lady said, spitting through her top teeth and looking out at the street. “I hope they’ave them pot-pies at market today. Luh those. Shoo.”

“Them tarkey ones,” said the one-eyed woman, clearing her throat. “I’on’t like the chicken ones. They be putting that purple chewy shit in thuh.”