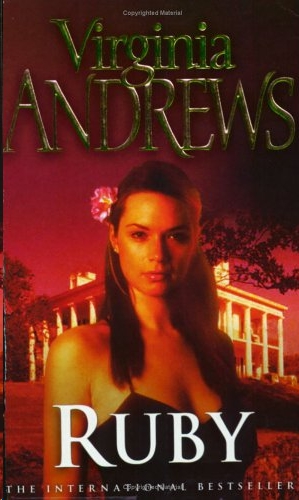 Prologue
.
During the first fifteen years of my life, my

birth and the events surrounding it were a mystery; as much a mystery as the number of stars that shone in the night sky over the bayou or where the silvery catfish hid on days when Grandpere couldn't catch one to save his life. I knew my mother only from the stories Grandmere Catherine and Grandpere Jack told me and from the few faded sepia photographs of her that we had in pewter frames. It seemed that for as long as I could remember, I always felt remorseful when I stood at her grave and gazed at the simple tombstone that read:

one and the same. Everyday and every night, I carried in my secret heart the ache of guilt when my birthday came around, despite the great effort Grandniece went through to make it a happy day. I knew it was as hard for her to be joyful as it was for me.

But over and above my mother's sad, sad death when I was born, there were dark questions I could never ask, even if I knew how, because I'd be much too scared it would make my grandmother's face, usually so loving, take on that closed, hooded look I dreaded. Some days she sat silently in her rocker and stared at me for what seemed like hours. Whatever the answers were, the truth had torn my grandparents to pieces; it had sent Grandpere Jack into the swamp to live alone in his shack. And from that day forward, Grandmere Catherine could not think of him without great anger flashing from her eyes and sorrow burning in her heart.

The unknown lingered over our house in the bayou; it hung in the spiderwebs that turned the swamps into a jeweled world on moonlit nights; it was draped over the cypress trees like the Spanish moss that dangled over their branches. I heard it in the whispering warm summer breezes and in the water lapping against the clay. I even felt it in the piercing glance of the marsh hawk, whose yellow-circled eyes followed my-every move.

I hid from the answers just as much as I longed to know them. Words that carried enough weight and power to keep two people apart who should love and cherish each other could only fill me with fear.

I would sit by my window and stare into the darkness of the swamp on a warm, spring night, letting the breeze that swept in over the swamps from the Gulf of Mexico cool my face; and I would listen to the owl.

But instead of his unearthly cry of "Who, Who, Who," I would hear him call "Why, Why, Why" and I would embrace myself more tightly to keep the trembling from reaching my pounding heart.

Book One
.
1
Grandmere's Powers
.
A loud and desperate rapping on our screen

door echoed through the house and drew both my and Grandmere Catherine's attention from our work. That night we were upstairs in
the grenier,
the loom room, weaving the cotton jaune into blankets we would sell at the stand in front of our house on weekends when the tourists came to the bayou. I held my breath. The knocking came again, louder and more frantic.

"Go down and see who's there, Ruby," Grandmere Catherine whispered loudly. "Quickly. And if it's your Grandpere Jack soaked in that swamp whiskey again, shut the door as fast as you can," she added, but something in the way her dark eyes widened said she knew this was someone else and something far more frightening and unpleasant.

A strong breeze had kicked up behind the thick layers of dark clouds that enclosed us like a shroud, hiding the quarter moon and stars in the April Louisiana sky. This year spring had been more like summer. The days and nights were so hot and humid I found mildew on my shoes in the morning. At noon the sun made the goldenrod glisten and drove the gnats and flies into a frenzy to find cool shade. On clear nights I could see where the swamp's Golden Lady spiders had come out to erect their giant nets for their nightly catch of beetles and mosquitos. We had stretched fabric over our windows that kept out the insects but let in whatever cool breeze came up from the Gulf.

I hurried down the stairs and through the narrow hallway that ran straight from the rear of the house to the front. The sight of Theresa Rodrigues's face with her nose against the screen stopped me in my tracks and turned my feet to lead. She looked as white as a water lily, her coffee black hair wild and her eyes full of terror.