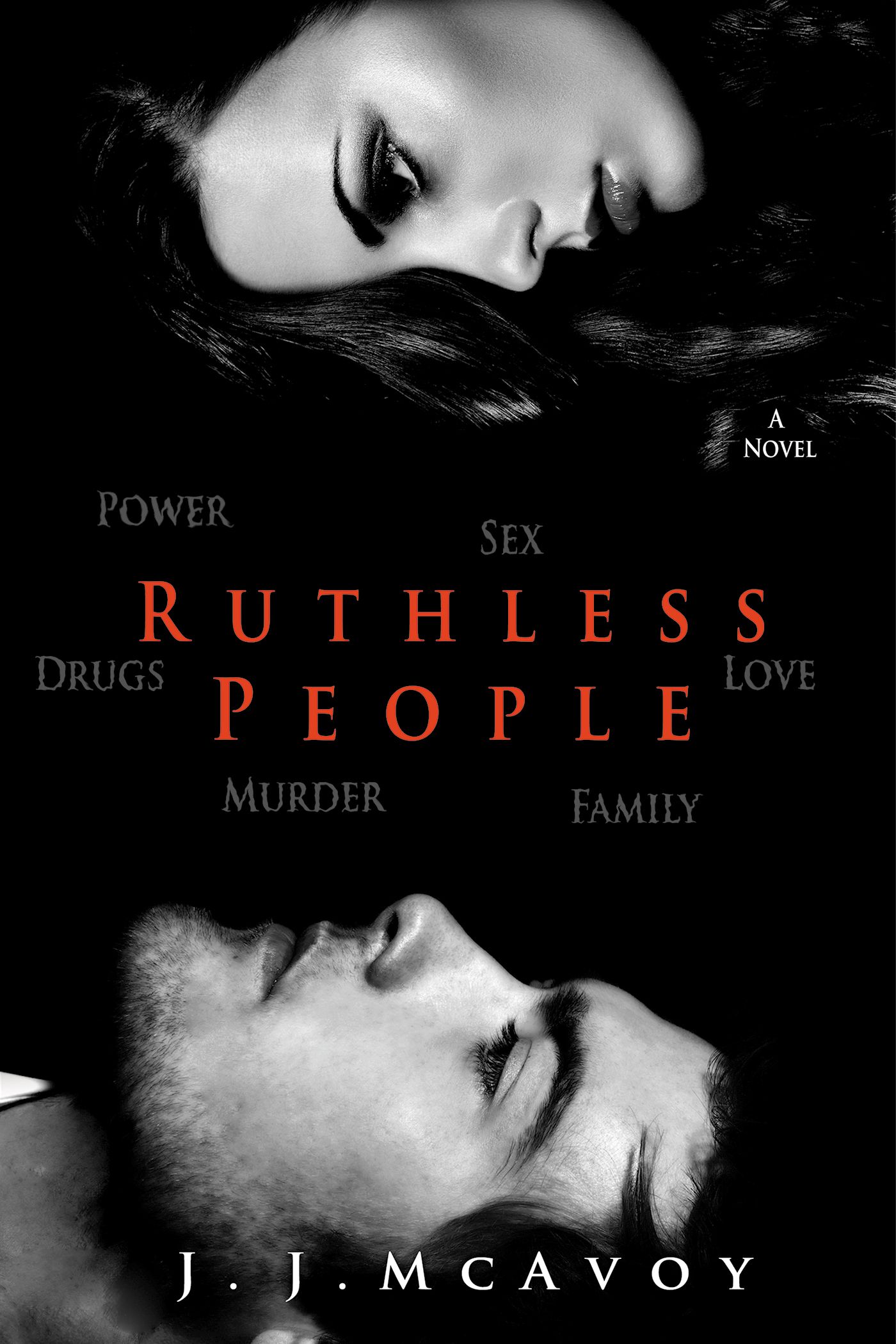 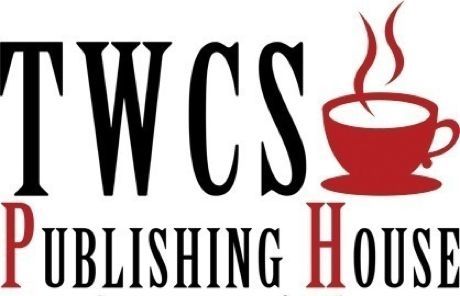 The right of J.J. McAvoy to be identified as the author of this work has been asserted
by her under the
Copyright Amendment (Moral Rights) Act 2000

This work is copyright. Apart from any use as permitted under the Copyright Act 1968,
no part may be reproduced, copied, scanned, stored in a retrieval system, recorded
or transmitted, in any form or by any means, without the prior written permission
of the publisher.

All characters and events in this Book – even those sharing the same name as (or based
on) real people – are entirely fictional.  No person, brand, or corporation mentioned
in this Book should be taken to have endorsed this Book nor should the events surrounding
them be considered in any way factual.
This Book is a work of fiction and should be read as such.

This book is dedicated to those who said no, and the people who told me to ignore
them.

“There are four kinds of homicide:
felonious, excusable, justifiable,
and praiseworthy.”

So, today was the day. I drank straight from the brandy bottle. Fuck the glass. I
was
too tired to move.

“You plan on sharing?” Natasha asked as she rubbed her body against mine.

Handing her the bottle, I leaned back, watching her pour the liquor down her throat.
God, I was going to miss that throat but that was about it.

“This is such a sad day.” She frowned when I took the bottle back. If only she would
leave after our “meetings.” But there was no point kicking her out right this second.
Our meetings were officially over, or my mother would demand my balls and my father
would hand them up to her.

“What’s this girl’s name again?” Natasha asked, rolling on top of me.

Brushing her blond hair back from her face, I thought of all the things I’d rather
be doing instead of talking but had to restrain myself.

She pouted, and it was ugly. Most of her facial expressions were ugly, but I didn’t
keep her around for her face, or her brain for that matter.

“Arranged marriages are so circa the eighteen hundreds. How can you get married to
a girl you’ve never met before? You don’t even know what she looks like. What if she’s
ugly, or fat?” she asked. It would have been a good point if it didn’t matter who
my family was and what we did for a living.

“I’ve explained this Natasha. The Giovannis are one of the most powerful, if not
the
most powerful family in Italy and most of the west coast. My father wants an end
to the rivalry between the Irish and the Italians. So, even if she is ugly, or fat,
or covered in bloody warts, I will do my duty and marry her.” Pushing her off me,
I rose to my feet.

Sedric, my father, had spoken of this marriage for the past twelve years. I was only
fifteen and wanted to prove myself, so I was willing do anything that needed to be
done to make the family proud, like a bloody idiot. I should have just let Declan
marry her, but he had already hacked into his first major Swiss bank account, robbing
the Russians blind. Neal was too damn old and had already found himself the perfect
arm candy. Like all sons, we wanted to impress our fathers. I thought I had no other
option, but like I said, I was a bloody idiot.

“You could just marry me. I am one-quarter Italian.” Natasha laughed and rolled around
in my bed. I was going to have to burn those sheets or maybe get a new bed.

“Not even if hell froze over and my mother was six feet deep,” I replied, grabbing
a towel.

“And why not?” she yelled, holding the sheet to her chest as if she had any modesty
to protect.

I looked her dead in the eyes. “Because you are a floozy, a manky, a whore, a woman
of no importance or brains with nothing to note but a good ass and a deep throat.”

Walking over to her, I kissed the side of her cheek before holding on to her sweet
throat. “But don’t be sad. We all have our roles to play, and you have played yours.
Your services will no longer be needed.”

Letting go of her, I grabbed a few bills from my wallet before throwing them in her
direction.

“I am not a prostitute.” She held back a sob.

I hated criers. I smirked at that.

“Yet, you’re going to take the money anyway.”

I headed to the bathroom, and when she didn’t reply, I turned back to her one last
time.

“Leg it babe, and if you think of taking anything other than the money I just gave
you, I will not hesitate to kill you, sweet throat or not.” And I meant it. I was
a Callahan. Our word was law in Chicago and on most of the east coast. The police
didn’t even bother with us anymore.

Hearing the bedroom door open and shut, I smiled to myself before jumping in the shower.
It would be the last one until I met my future wife.

Did she like showers or baths? I didn’t care, but it just proved that I didn’t know
anything significant about her other than her birthday, February 13, 1990, and a few
small facts. Everything else, her father kept buried. There were no pictures of her
anywhere—no social media accounts or driver license. Nothing—not even a fucking receipt
with her name on it. She was a ghost. If I didn’t know better, I would’ve thought
she didn’t exist.

It made sense, though. I would do the same if I were to have a daughter. There were
some crazy fucks in the world who didn’t understand what it meant to be the offspring
of a mafia leader. Family was everything. It was the one thing my father had drilled
into our heads since we were children.

In my awkward years as a preteen, some older fool had thought it would be funny to
push me down a flight of stairs at school. That night, Neal and Declan burned his
house down, but not before beating him within an inch of his life. When they came
back and told father what they had done, he gave them the keys to the Porsche and
told me to take notes. And take notes I did, very good notes. It was the reason why
I was now my father’s right-hand man instead of Neal, despite the fact that he was
older. Neal didn’t mind though—he was the muscle—while our cousin Declan was more
behind the scenes. It worked perfectly.

Rule Two: Take no prisoners and have no regrets about it.

Stepping out of my bathroom, there they stood, my father, brother, and cousin, all
dressed in the finest suits money could buy.

“Did you read the files I sent to you, or were you too busy with your whore?” my father
asked glowering at the files on my desk.

“He probably stopped when he saw no pictures.” Declan grinned from the door as Neal
snickered.

“As a matter of fact, I did, but I don’t give a shit where she went to school or what
her favorite color is. The one thing I needed to know wasn’t in that file. For all
I know, Melody Giovanni could look like an Italian horse.”

Sedric stepped in my path, standing just as tall as I was, preventing me from walking
to my closet

“Have you forgotten what is at stake here?”

“Do not interrupt me.” He sneered then said, “You seem to forget that the only way
you are going to be head of this family is through marriage.”

“There is nothing there about her I care about.”

Grabbing hold of my neck, he glared. “Pick up the damn folder, son.”

Pulling out of his grasp, I saw Declan standing by my desk ready to hand me the folder,
while Neal just stood a foot behind, ready to crawl up my fathers ass, if necessary.

“I don’t need the folder. I fucking read it.” “Melody Nicci Giovanni: age twenty-four,
born on February 13, in an unknown northern California hospital, only child of Orlando
and Aviela Giovanni who both emigrated from Italy as teens. Her mother died when she
was young, and since then Orlando has all but locked her away in a tower. She was
homeschooled for most of her life, until she went to a small community college in
some nowhere prissy town called Cascadia in Oregon. I’m guessing that’s where ice
skating and glitter was invented.” I waved Declan off before walking to my closet.

Wrapping the red tie around my neck, both Declan and Neal snorted at my comment while
my father stood waiting for more.

“Other than that, she’s a fucking ghost. No photos. No fingerprints. Just fucking
breadcrumbs up and down the west coast, while her father killed every rival Italian
and Irish family within a hundred-mile ratio, before taking over their streets.” By
the time we figured out it was them, the west coast was completely cut off to us.
None of our production could get in or out without being busted—the son of a bitch—and
now they were working their way south, taking over the Mexican cartels.

Italians always had to spread their shit and put their name on everything.

“The first and last time I met Melody, she was skeet shooting while her father and
I discussed the possibility of this contract in his office. Not once did that dark
little head of hers miss, and she was nine.” My father said.

“Am I supposed to be impressed? Nervous? Elated? Thank God, she knows how to shoot
skeet. She’s still a woman like any other.”

He didn’t speak but walked across the room just as three noisy women began to pound
against the door.

“Liam, hurry up. You have to meet Mr. Giovanni in an hour!” my cousin’s wife yelled
from the other side of the door.

There had to be a limit to the boundaries an in-law could cross. If Declan didn’t
care about her so much and she wasn’t family, I would be tempted to hurt her.