Sal Gabrini: His House of Cards 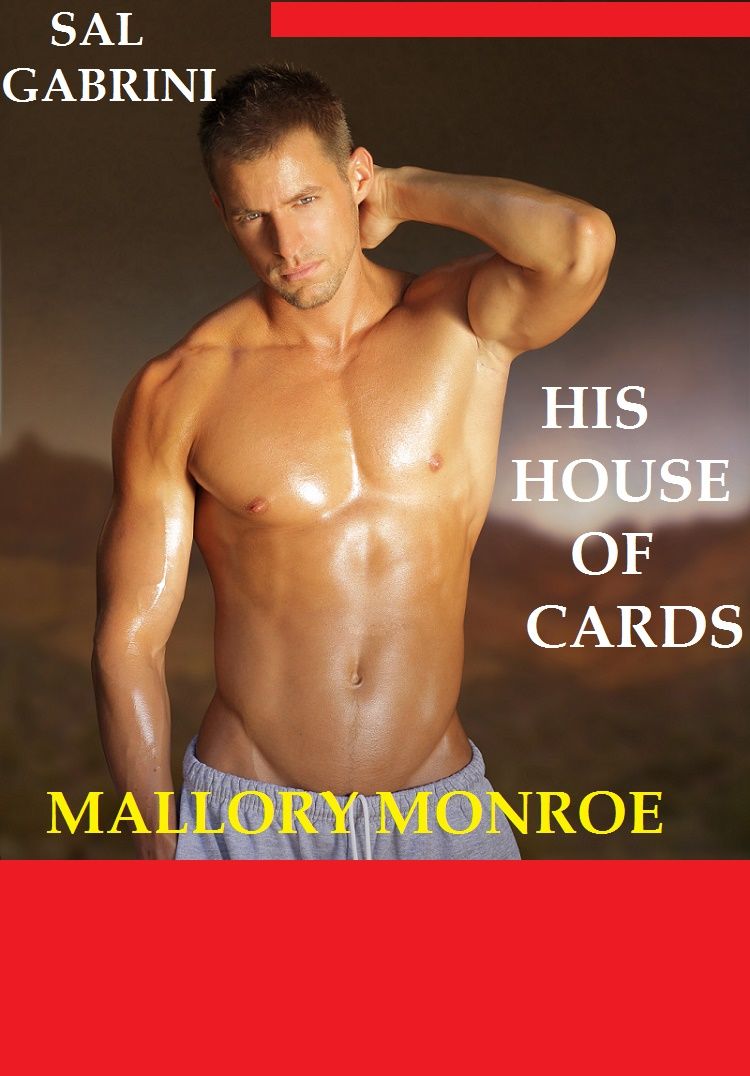 HIS
HOUSE OF CARDS

All rights reserved.  Any use of the materials
contained in this book without the expressed written consent of the author and/or
her affiliates, including scanning, uploading and downloading at file sharing
and other sites, and distribution of this book by way of the Internet or any
other means, is illegal and strictly prohibited.

IT IS ILLEGAL TO UPLOAD THIS BOOK TO ANY FILE SHARING SITE.

IT IS ILLEGAL TO DOWNLOAD THIS BOOK FROM ANY FILE SHARING SITE.

WITHOUT THE WRITTEN CONSENT OF

THE AUTHOR AND AUSTIN BROOK PUBLISHING.

This novel is a work of fiction.  All
characters are fictitious.  Any similarities to anyone living or dead are
completely accidental.  The specific mention of known places or venues are
not meant to be exact replicas of those places, but are purposely embellished
or imagined for the story’s sake.

for
more information on all titles.

THE SINATRAS OF JERICHO COUNTY

THERE WAS A RUTHLESS MAN

IF I CAN’T HAVE YOU

THE BEST OF MY LOVE

FOR ONCE IN MY LIFE

THE SINS OF THE FATHERS

WHAT HE DID FOR LOVE

FOR THE LOVE OF GINA

THE HEART OF RENO GABRINI

A MAN IN FULL

GETTING BACK TO LOVE

IN THE SHADOWS OF LOVE

A PLACE IN HIS HEART

I’LL TAKE YOU THERE

UNTIL YOU COME BACK TO ME

for
updates and more
information on all of her titles.

But the last few
months had been loaded with them.

Now he
was about to get the fucker who got the ball rolling.

He was about to make him pay with his
life.

But something was off.

It was all set, but it all felt sideways.

He stood on
the eighth floor of the vacant building and looked at the warehouse across the
wide expanse of the alleyway.

He looked
through a burglar-barred window fronted by galvanized mesh that made viewing
difficult, but that totally obscured the view of someone on the outside looking
in.

Because to the unsuspecting public,
that warehouse Sal was watching was a neglected hunk of junk that should have
been torn down years ago.

He knew it was a well-run chop
shop for stolen vehicles.

He knew, if he
was ever going to stop Rudy Red, he had to stop him here.

It was only one of his
many illegal enterprises, and not even the most profitable one.

But Sal received a beforehand notice that
Rudy would be here today.

He arrived a few minutes ago.

But Sal wasn’t looking at them.

He was looking at the area.

Nothing was stirring, but he kept looking.

And as his men planted the explosives beneath
the car and ran back toward the building where he stood, Sal’s eyes couldn’t
stop shifting and searching for clues.

He looked up one block and then the other block.

The alleyway was as empty as the building he
stood in.

The warehouse across the wide
expanse of the alleyway was locked down and windowless.

Rudy thought he was as slick as they
came.

The fool had no idea Sal knew what
he was up to, or that he was a target.

He thought he’d deal in dirt and hide his hands.

But he couldn’t hide from Sal Luca.

When he came out of that warehouse, the
retribution would be complete.

Downstairs,
Sal’s men, including Angelo Romano, climbed the eight flights to where he
stood.

When they made it upstairs, they
saw their boss at the window.

He was
standing with his back to them in his double-breasted suit, looking more like
the wealthy businessman the world knew him as rather than the boss he was.

They walked up to him and stood by his side.

He already knew the explosives
had been planted.

“Bastard
won’t know what hit him,” another one of Sal’s men said.

“He’ll
know,” said another one with a grin.

“Are the
cars ready?” Sal asked.

“Their
ready,” the third man said.

“We go out that
side door over there, down the back stairs, and we’re out of here within
seconds.

“Go make
sure it’s set,” Sal ordered, “and come back and report.”

“Why would I need to do that,
boss?

Sal looked
at him.

“You’re arguing with me?

What the fuck is your problem?

Do what you’re fucking told!”

The man
quickly realized his error.

“Yes, sir,”
he said, and then quickly hurried out of the side door.

Sal lifted
his binoculars again and continued to look out of the window.

He continued to look for clues that weren’t
there.

But when the warehouse door
finally opened, and Rudy Red and two of his men came out, Sal exhaled.

Now they were getting somewhere.

Rudy’s
driver hurried in front of him to open the car’s back door.

But just as he did, another car drove
up.

“Who the
fuck is that, boss?” Angelo asked Sal.

Sal had no
idea so he didn’t respond.

Rudy didn’t
get into the Town car, but instead waited for the man in the second car to get
out.

He did, and hurried to Rudy.

Sal and his
men watched as Rudy and his man, a big, burly man, began talking.

Then Rudy smiled and clapped his hands, and
then the burly man hurried back to the second car.

He reached into the backseat and pulled out two
people, both with their hands tied behind their backs, as he hurried them
toward Rudy’s car.

Angelo’s
eyes stretched wide, and so did Sal’s.

Gemma’s parents were being
marched to the car that his men had planted explosives beneath.

“No,” Sal said in disbelief.

He ran out of the door his men had
entered.

One of his men raised his gun
to shoot the driver, so that he wouldn’t crank the car, but Angelo knocked his
hand down.

You’re motherfucking cause it to
blow if you shoot in that direction!

Hold your
fire,” Angelo yelled as he ran behind Sal.

But Sal
didn’t hear him say a word.

He was too
busy running.

He
slid down banisters.

He ran down more
stairs as if he would lose control at any second.

All he could think about was Gemma’s
parents.

All he could think about was
Gemma.

It would kill her if anything
happened to them.

And his slick ass just
might be the murderer!

He ran and
he ran until he was down four, three, two flights of stairs, and then on the
ground floor.

He opened the steel door
so fast it flew out of his hand.

But as soon
as the door flew open, the Town car across the alleyway rose as if hydraulics
was pumping it up, and then exploded into a fireball of smoke and flames.

The very power of the explosion threw Sal
back against the door so hard that it took his breath away.

And he was out cold.

And no damn good for anybody.

Sanctuary 02 - The Only Easy Day (CMS) (MM) by RJ Scott
Secrets from Her Past: Scandalous, Book 2 by Jules Bennett
The Truth of All Things by Kieran Shields
The Surgeon's Blade by Mortimer, Faith
The Sons of Adam by Harry Bingham
Unholy Magic by Stacia Kane
Love Inspired May 2015 #2 by Missy Tippens, Jean C. Gordon, Patricia Johns
Amanda Carter in the L.A.Z., life after zombies by Jo Lee Auburne
Slaughter by John Lutz
Black Wood by SJI Holliday