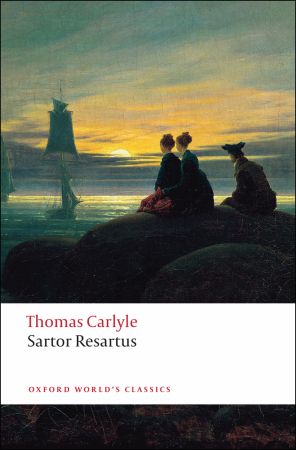 Oxford University Press is a department of the University of Oxford.
It furthers the University’s objective of excellence in research, scholarship,
and education by publishing worldwide in
Oxford New York

All rights reserved. No part of this publication may be reproduced, stored in a retrieval system, or transmitted, in any form or by any means, without the prior permission in writing of Oxford University Press, or as expressly permitted by law, or under terms agreed with the appropriate reprographics rights organizations. Enquiries concerning reproduction outside the scope of the above should be sent to the Rights Department, Oxford University Press, at the address above

For over 100 years Oxford World’s Classics have brought readers closer to the world’s great literature. Now with over 700 titles—from the 4,000-year-old myths of Mesopotamia to the twentieth century’s greatest novels—the series makes available lesser-known as well as celebrated writing
.

The pocket-sized hardbacks of the early years contained introductions by Virginia Woolf, T. S. Eliot, Graham Greene, and other literary figures which enriched the experience of reading. Today the series is recognized for its fine scholarship and reliability in texts that span world literature, drama and poetry, religion, philosophy, and politics. Each edition includes perceptive commentary and essential background information to meet the changing needs of readers
.

Refer to the
Table of Contents
to navigate through the material in this Oxford World’s Classics ebook. Use the asterisks (*) throughout the text to access the hyperlinked Explanatory Notes
.

T
HOMAS
C
ARLYLE
was born in 1795 at Ecclefechan, a small market village in Dumfriesshire. He studied for the ministry, enrolled in law classes, and taught briefly before deciding on a career as a writer. During the 1820s, his essays and translations helped to introduce German literature and thought to a British audience.
Sartor Resartus
, his one full-scale work of imaginative fiction, was first published periodically in 1833-4. In 1826 Carlyle had married Jane Welsh. In 1834 they moved from Scotland to London and settled at Cheyne Row, Chelsea. It was here that Carlyle wrote the works that confirmed his position as the most influential of the Victorian cultural prophets:
The French Revolution
(1837),
On Heroes and Hero-Worship
(1841),
Past and Present
(1843),
Latter-Day Pamphlets
(1850), and the six-volume history of
Frederick the Great
(1858–65). His
Reminiscences
were published shortly after his death, in 1881.

P
ETER
S
ABOR
is Professor of English at Laval University, Quebec. His other editions for Oxford World’s Classics are Burney’s
Cecilia
(with Margaret Anne Doody) and
The Wanderer
(with Doody and Robert Mack), and Cleland’s
Memoirs of a Woman of Pleasure
. He has also edited Richardson’s
Pamela
, Sarah Fielding’s
David Simple
and
Remarks on Clarissa
, and Burney’s
Complete Plays
, and published two books on Horace Walpole:
Horace Walpole: A Reference Guide
, and
Horace Walpole: The Critical Heritage
.

Note on the Text

A Chronology of Thomas Carlyle

5 The World in Clothes

8 The World out of Clothes

Appendix I: Carlyle to James Fraser, May 1833

Sartor Resartus
has long been recognized as a work of the foremost literary historical importance. For one thing, it marks the transition from the Romantic to the Victorian periods as sharply as the Preface to
Lyrical Ballads
marks that between the eighteenth century and the Romantic period. And unlike Wordsworth’s manifesto, Carlyle’s book enacts within itself the dislocations of the passage. For another,
Sartor Resartus
, which was first published in book form in Boston in 1836 with an enthusiastic preface by Ralph Waldo Emerson, was an important stimulus to the great mid-nineteenth-century flowering of American literature. Poe may have loathed the book, as he did everything of Carlyle’s; but it was a key influence, both thematic and formal, on two of the master-works of the American Renaissance—Melville’s
Moby-Dick
and Whitman’s
Song of Myself
.

Most importantly,
Sartor Resartus
is the seminal expression of the thought of the most influential of the Victorian cultural prophets. The fundamental Carlylean doctrines are all articulated, or at least adumbrated, here: the horrors of Utilitarianism; the religious basis of society; the pattern of conversion—from the Everlasting No, through the Centre of Indifference to the Everlasting Yea—which showed that, in the words of Thomas Henry Huxley, ‘a deep sense of religion was compatible with the entire absence of theology’;
1
the importance of vocation—of an individual’s finding his ‘maximum of Capability’; the superiority of renunciation to the pursuit of happiness; the moral imperatives of work, duty, and reverence; the need for heroes; and the social vision that saw contemporary Britain divided into the two nations of rich and poor. As such,
Sartor Resartus
is of quintessential importance for understanding the literature and the moral and intellectual culture of Victorian Britain. ‘For there is hardly a superior or active mind of this
generation’, George Eliot observed in 1855, ‘that has not been modified by Carlyle’s writings… The character of his influence is best seen in the fact that many of the men who have the least agreement with his opinions are those to whom the reading of
Sartor Resartus
was an epoch in the history of their minds.’
2

Shogun by James Clavell
Baby Blues and Wedding Shoes by Amanda Martin
EMBER - Part Two (The EMBER Series Book 2) by Deborah Bladon
Elmer and the Dragon by Ruth Stiles Gannett
Untamed: The Wildest Woman in America and the Fight for Cumberland Island by Will Harlan
The Vengeance of the Tau by Jon Land
Wild Roses by Deb Caletti
Carnivores of Light and Darkness by Alan Dean Foster
The Social Animal by Brooks, David
The Man Within by Leigh, Lora