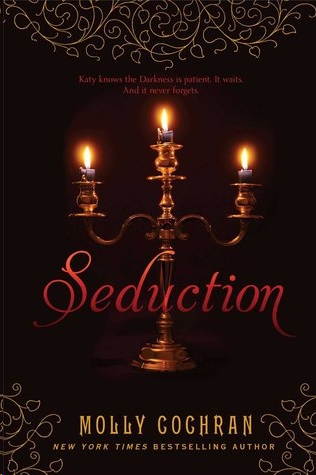 Praise for the Legacy series

“An exciting and well-written tale of contemporary witchcraft and romance. . .  . [S]hould please the legions of paranormal fans looking for a sophisticated supernatural thriller.”

“Will satisfy readers hungry for a little paranormal witchcraft and romance in a post-Twilight world. . .  . [A] quick, entertaining read.”

“The well-conceived history and culture of Katy’s magical world make this first title unique. . .  . The teasing epilogue promises a sequel, and readers will be ready for it.”

“The introduction of Arthurian legend is intriguing, and the last few chapters are real nail-biters.”

“Cochran revisits Arthurian legend while continuing the adventures of powerful, young witch Katy Ainsworth. . .  . Fans will be poised for the next installment.”

“Fans of Arthurian legend will appreciate this alternative view of the infamous Morgan le Fay.” 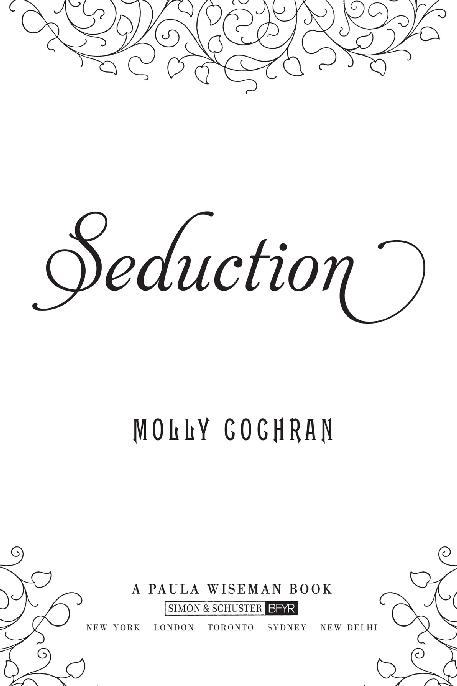 For Michele Horon, my best friend

Although most of
Seduction
was researched through public sources or based on my own experiences while living in Paris, there are a number of people who profoundly influenced the final version of this book: my marvelous literary agent, Lucienne Diver, who never allows me to submit anything that isn’t ready; my publisher son, Devin Murphy, who tries (with limited success) to curb my more reckless half-baked creative impulses; and my pre-readers, Pam Williamson and Lynne Carrera, who read
all
my dreadful first drafts without gagging in my presence.

Mostly, though, I need to thank two people at Simon & Schuster. First, I am indebted to my new editor, Sylvie Frank, who forced me to think clearly and steered me through the many arcane passageways of this unusual novel. Together we rethought, rewrote, and reworked the manuscript until we got the book you’re reading now. I believe the love shows. The second debt is to publisher Paula Wiseman, who not only brought this novel under her aegis at a time when it had no editor at all, but who has also maintained an unreasonable faith in me from the beginning of my YA journey. To her, and to all those working under her imprint, I owe my unflagging gratitude.

Wow, here I am in Paris! I can hardly believe it! Everything is SO beautiful! I’ve already gotten to know some of my neighbors here in Le Marais. It’s the oldest section of the city, with narrow cobblestone streets and buildings that lean in toward each other. Every block looks like an illustration from a book of fairy tales. All sorts of famous people used to live here, such as Victor Hugo and Robespierre and Napoleon . . . and now ME!!

Hope things are going great for you in Whitfield. Say hi to everyone for me, if you get the chance.

I put a skull and crossbones sticker over all the closings. I didn’t know if Peter was a “Love” kind of guy anymore. He was probably more than a “Very truly yours,” but you never knew.

“What difference does it make, anyway,” I muttered as I crumpled the letter into a ball and threw it away. I didn’t know what to say to Peter. Or to any of the people back in Whitfield. At least not anything that was true.

The fact was, I was living in a squalid room in a ramshackle building with mold, holes, nearly nonexistent plumbing, and vermin of various descriptions, all disgusting. Two weeks after I’d moved in, I got robbed. Whoever it was took my laptop, my iPod, my alarm clock, and my two extra pairs of jeans, which amounted to just about everything I owned, except for my cell phone. Then the next day a pickpocket relieved me of that, too.

My apartment—well, one room with a hotplate and a bathroom in the hallway that I shared with everyone else on the floor—was in Le Marais, this grand old historical district full of antique charm, but my particular dwelling was a lot more antique than charming, and the only historical thing about it was the arthritic old drag queen who lived next door, next to the five rowdy Nordic brothers who took turns leering at me and murmuring insults with umlauts in them as I passed them on the stairs. Incidentally, the light in the stairway lit up for only thirty seconds after you turned a knob at the doorway. If I didn’t make it up the four flights of urine-scented wooden steps by then, I had to feel my way past my neighbors in the dark.

To add to the international flavor of my building, the entire
floor below was populated by a large Chinese family who constantly seemed to be cooking. I wished they’d invite me in for a snack sometime, since my diet consisted mainly of croissants and coffee, which I was hoping I’d learn to like. I only drank it because it made me feel French.

I wore a beret for the same reason.

Let me back up. Before I came to Paris, I led a normal life. Well, as normal as can be expected in Whitfield, Massachusetts, which is a very strange place. I’ll get to that later. Anyway, I was happy there. I was a boarding student at a school I liked. I worked part-time in a restaurant called Hattie’s Kitchen, and my boss, Hattie Scott, taught me to love cooking. My dad lived in New York City, but my aunt and great-grandmother lived in Whitfield, and took me in whenever I needed some extra TLC. I had some friends, too, even though I’d only lived there for a couple of years. And I had a boyfriend, Peter Shaw, who meant more to me than anything on earth.

That’s how all the trouble began, with Peter, on the last day of our junior year.

You and a guest are cordially invited

to an end-of-term party for

Graduation was still a year away, but Peter’s great-uncle Jeremiah gave him a couple of presents anyway: a red Lexus SC10 convertible and a party that would make
My Super Sweet 16
look like an afternoon at Chuck E. Cheese’s.

Don’t get me wrong. This is not sour grapes talking. In fact, if any seventeen-year-old could be said to be deserving of a new Lexus, it would be Peter Shaw. He is humble and hardworking and respectful of his elders and conscientious about the environment. Also generous, modest, levelheaded,
kind, sensitive, spiritual, and deep, not to mention extremely good-looking. He smells good too.