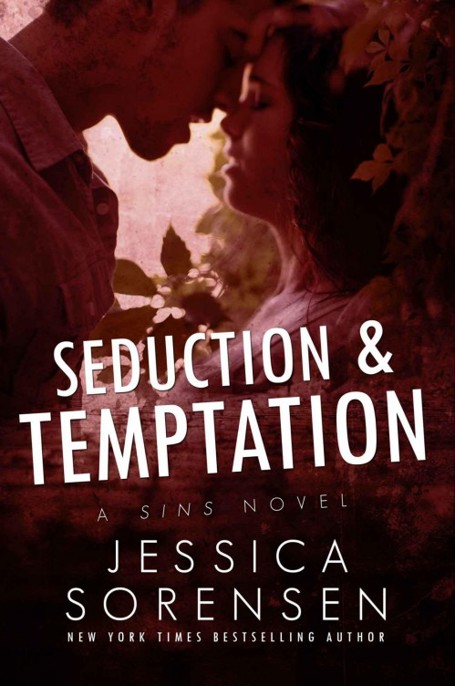 This is a work of fiction. Any resemblance of characters to actual persons, living or dead, is purely coincidental. The Author holds exclusive rights to this work. Unauthorized duplication is prohibited.

No part of this book can be reproduced in any form or by electronic or mechanical means including information storage and retrieval systems, without the permission in writing from author. The only exception is by a reviewer who may quote short excerpts in a review.

Cover Design and Photo by Mae I Design

This day was turning out to be the strangest day of all days. It all started when I overheard my mother and father fighting, which is nothing new. My father had said something about giving up on my mother, making me worry that they’re going to get a divorce. Then the mafia families showed up, one of which was my dad’s sworn enemy and they locked themselves in my house and Layton and I out. I’m desperate to see what’s going on; desperate to know what on earth they could all be doing together.

“What do you think they’re doing in there? Something illegal I bet,” I say to my best friend, Layton Everett, as I try to peer through the window. The wooden box I’m standing on is wobbly and the window is so high up that, even on my tiptoes, I can’t see anything except the tops of people’s heads through the window.

I peek over my shoulder at him. “Your dad and mom are in there, too, you know. You have to be curious what they’re doing. All of them under one roof together. It’s weird”

“Not really.” He shakes his head and stuffs his hands into his pockets.

Layton is unlike most of the fourteen-year-old guys I know. He acts older, more mature. Even though I won’t admit it to him, it’s one of the things I like about him the most—that he acts more grown up and takes care of me and is always there for me when I get myself into trouble, which I’ll admit, is a lot.

The longer I stare at him, the more uneasy he becomes. He constantly has trouble telling me no, especially when I give him “the look.”

“Lola, please don’t look at me like that,” he says with a sigh. “I know you want to know what they’re doing in there, but…” He massages the back of his neck tensely. “Didn’t you notice they were all carrying guns?”

I shrug as I hop off the box and dust the dirt off my hands. “They’re always carrying guns. That’s what they do.”

“Yeah, but…” He seems way too tense, even for him, as he looks around the yard again. There are so many places for someone to hide back here. The yard is over-flourished with trees, shrubbery, a small vineyard, and acres and acres of flowers and grass; so I don’t get what he’s expecting to see.

Sighing, he leans in and lowers his voice, his silver-grey eyes filled with worry. “They’re all in there together. My dad and mom, your mom, your dad, Frankie and his guys, even the Defontelles are in there. There has to be something going on—something dangerous. You know they just don’t meet up like that.” He swallows hard. “In fact, the last time they were all in the same building together, people got killed.”

“How do you know that?” I wonder. I rarely know anything about my mother and father’s business world, and what I do know is from digging around; drug lords, dealings, bodyguards, guns—they’re always carrying them—stuff that I’m sure is illegal.

“My dad tells me stuff.” He looks sad as he says it, too. Without saying another word, he grabs me by the elbow and guides me over to the trees, away from the house. Once we’re hidden in the shadows, he lets go of me then sits down on the ground and stares at the land. “Sometimes I wish he wouldn’t.”

Confused, I sit down beside him and crisscross my legs. “Sometimes you wish he wouldn’t what?”

“You don’t have to be anything but what you want to be.” I grab his hand and hold onto it.

He shakes his head, staring down at our fingers laced together. “I have to, Lola. I don’t have another choice. It’s my destiny, or whatever, to live here, die here, and do exactly what my father does.” He seems even older at the moment; an adult trapped in a teenager’s body.

I sit there, listening to the wind blow, the grass dancing with the breeze. “We could always run away together,” I suggest. “You and I. If they can’t find you, they can’t make you take over the family business.”

He glances up at me, and for the briefest instant, he looks like he’s considering it, but then he frowns. “If I ran away from it, then it’d all fall on my brother’s shoulders. And could you imagine Benton in charge of things…?” He laughs, but it sounds completely off pitch, completely wrong. “That’d be a mess in the making. God, he’d probably get himself killed in a day.”

“He could change. He’s only twelve right now.” Layton gives me a sad look, however before he can protest, I add, “Just think about it.”

He hesitates then nods. “Okay, I will.”

I don’t believe him. Layton is the most loyal person I know, and I doubt he’ll ever actually run away and bail out on his family. Me? I don’t really have anything to run away from. My father’s business will go to his younger brother when he dies, not me.

“We should go do something fun.” I give Layton’s hand a squeeze.

“I don’t know… maybe go downtown and see what kind of trouble we can get into.” I smile the smile I know he can’t say no to.

He tries to restrain a grin, but it eventually slips through. Then he gets up and pulls me to my feet. We start to walk back toward the house, holding hands, Layton’s mood lightening with each step.

“We should do this all the time,” he remarks, giving my hand a swing.

“Hold hands?” I question. “But then, wouldn’t people think we were like dating or something?”

I look at him, wondering if he’s kidding. He seems dead serious, though; which confuses the shit out of me. I mean, we’ve been best friends for almost forever. And yeah, he’s cute and everything, with dark hair and gorgeous eyes—a lot of the girls at my school have a crush on him—yet I’ve never thought of him that way. I’ve never thought of anyone that way honestly, mainly because my mother has told me time and time again that I’m not allowed to date. Sometimes she gets so intense about me just being around guys that I swear she hates men.

I’m about to slip my hand out of Layton’s when I suddenly hear a scream. My head whips in the direction it’s coming from—the front area of the house.

“Just wait a minute,” Layton says with worry, but I’m already jerking my hand out of his and running for the front gate. “Lola, wait! You can’t just…” He trails off as he rounds the side of the house, just steps behind me.

I’ve stopped dead in my tracks. My mother is laying in the driveway, my father holding her lifeless body in his arms. I race over to them without thinking, tears already pouring out of my eyes.

“What happened?” I ask my father, the gasps in my voice alarming, unfamiliar. There’s no blood, no wounds on her. Her eyes are open and vacant while her lips are slightly parted and tinted blue.

He’s rocking her as he cradles her head in his arms. “She’s dead… I think she had a heart attack.”

“Call the ambulance then!” I cry, sinking to my knees. “Dad…” Oh, God, it hurts so much. I can’t breathe. The pain… I’ve never felt anything like it.

“Lola, it’s too late,” my father says with watery eyes as he nuzzles his cheek against the top of her head. "She's dead.”

I want to shout at him for giving up on her so soon. For not holding on. For letting whatever happened to her happen.

“I’ll call 911,” Layton says from behind me before I can start yelling at my father.

More tears pour from my eyes and I feel like I’m drowning in them. “Don’t give up on her, Dad. Don’t let her go.” I know that’s not what he meant when they’d been arguing this morning, but still, he needs to try harder. “Fucking hold onto her!” I scream.

His face drains of color as his eyes widen. His lips part to say something, but then he presses them together and starts to cry. Strangely, his eyes remain tearless, though.

I remain kneeling on the driveway in front of the house, confused, hurting, the pain crushing me, and I feel as though my world is shattering around me. I can barely see anything through the tears, but I do notice when Frankie Catherlson comes walking out of my house with his men. He doesn’t say a word to my father, just heads for his SUV parked amongst a line of similar ones. As he’s getting inside the passenger seat, he glances over his shoulder at me and gives me this look. It’s not quite a smile, yet it seems like he wants to, and then… he fucking winks at me.

My blood burns. My temper simmers. I start to rise to my feet to… Well, I’m not sure just yet. However, as I start to walk over there, Layton’s arms wrap around me. “Stay here, Lola.”

“I want to punch that grin off his face,” I growl, glaring at the back of the SUV. “He had something to do with this… I want to rip his throat out, Layton.” I’m shocked at my words, so venomous and full of hatred. So unlike me.

“Lola, calm down. It’s going to be okay. I promise. Just calm down, please, and let me take care of you.” He kisses the back of my head as I tremble from head to toe. Layton continues to hold me, saying things I can’t hear through the strange, strangled noise my father is making. I want to sit down by him, yet I can’t bring myself to take my eyes off Frankie’s SUV. I’m not sure what happened, but something tells me he had a hand in it.

After minutes go by, my legs grow weak against the shock settling in my body. I’m about to collapse into Layton’s arms when his father and mother come hurrying out of my house.

“Layton, get over here,” his father, Mr. Everett, barks at him, snapping his fingers. His father has never been a nice man, but he and my father have a decent relationship. Although, as he dismisses my father and dead mother in the driveway, all I see is an enemy.

“I promise I’ll be back in just a second,” Layton whispers in my ear, then his arms leave me and he heads over to his father.

I feel incredibly cold, incredibly weak, incredibly unstable, and I have no choice except to sink to the ground and watch in horror, anger—many different emotions—as Layton’s father orders him to get in the car with Frankie and then climbs in himself. As Layton gives me one last look as he gets in the back, his expression is filled with terror, sorrow, and remorse.

Then the door shuts, and moments later, the SUVs are pulling away. One by one, they leave me in the driveway with my father and dead mother, the sounds of screeching tires and ambulance sirens filling the air.