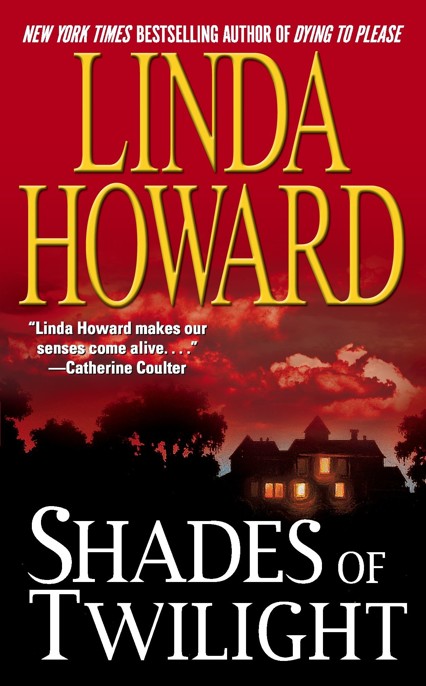 This book is a work of fiction. Names, characters, places and incidents are products of the author's imagination or are used fictitiously. Any resemblance to actual events or locales or persons living or dead is entirely coincidental.

Beverly Beaver, a wonderful woman and dearly loved friend, for all the years of camaraderie and support, as well as taking the time to escort me around Tuscumbia and Florence, tell me who is sleeping with whom, and show me where all the bodies are buried. (Just joking, folks ... you hope.) And to Joyce B. R. Farley, sister extraordinaire. Here's to dolls, both blond and redheaded; tricycles with no brakes; attack roosters; graveyards for socks; hair rollers and bonfires; makeup and Molotov cocktails. You're the only other person I know who understands the reason behind wearing a Groucho mask and a tiara in public and the only other person I know who's done it.

(For the curious: if you wear a Groucho mask and a tiara, people will figure you're either important, or crazy. Either way, they'll leave you alone. Try it some day when you're feeling grouchy and don't want to be bothered.)

She heard her own soft cries, but the pleasure exploding in her body made everything else seem unreal, distanced somehow from the hot magic of what he was doing to her. The noon sunlight wormed its way through the rustling leaves overhead, blinding her, dazzling her as she arched upward against him.

He wasn't gentle with her. He didn't treat her like a hothouse flower, the way the other boys did. Until she'd met him, she hadn't known how boring it was to always be treated like a princess. To the others, the Davenport name had made her a prize to be sought but never sullied; to him, she was just a woman.

With him, she was a woman. Though she was nineteen, her family treated her as if she were still a child. The protectiveness had never chafed her, until two weeks ago when she'd met him for the first time.

Naive and innocent she might be; stupid she wasn't. She knew when he'd introduced himself that his family was little better than white trash, and that her family would be horrified that she had even spoken to him. But the way his muscled torso had strained the fabric of his too-tight T-shirt had made her mouth go dry, and the swaggering masculinity of his walk had started a strange tighening deep in her abdomen. His voice had lowered seductively when he spoke to her, and his blue eyes had been hot with promise. She'd known then that he wouldn't limit himself to hand-holding or necking. She knew what he'd wanted of her. But the wild response of her body was out of her experience, beyond her control, and when he asked her to meet him, she had agreed.

She couldn't get away at night without everyone knowing where she went, but it was easy to go out alone for a ride during the day and easy to arrange a meeting place. He had seduced her that very first time, stripping her naked beneath this very same oak tree-no, she couldn't pretend that it was a seduction. She had come here knowing what would happen, and she had been willing. Despite the pain of the first time, he had also shown her a wild pleasure she hadn't known existed. And every day, she came back for more.

He was crude sometimes, but even that excited her. He had been proud that he was the one to "bust her cherry," as he'd put it. Sometimes he said something, with a sneer in his voice, about a Neeley screwing a Davenport. Her family would be horrified if they knew. But still she dreamed, dreamed of how he would look in a nice suit and with his hair freshly cut and neatly combed as they stood together and informed the family that they were going to get married. She dreamed of him going to work at one of the family businesses and showing everyone how smart he was, that he could rise above the rest of his family. He would be a gentleman in public, but in private he would roll her on the bed and do these nasty, delicious things to her. She didn't want that part to change at all, He finished, groaning with his climax, and almost immediately rolled off of her. She wished he would hold her for a moment before withdrawing, but he didn't like to cuddle when the weather was so hot. He stretched out on his back, the sunlight dappling his naked body, and almost immediately began dozing. She didn't mind. With two weeks' experience, she knew that he would awaken ready to make love again. In the meantime, she was content to simply watch him.

He was so exciting that he made her breath catch. She lifted herself onto her elbow beside him and reached out with one lightly exploring finger to trace the cleft in his chin. The corners of his mouth twitched, but he didn't awaken.

The family would have a collective conniption fit if they knew about him. The family! She sighed. Being a Davenport had ruled her life from the day she was born. It hadn't all been onerous. She loved the clothes and jewelry, the luxury of Davencourt, the prestigious schools, the sheer snobbery of it all. But the rules of behavior had chafed; sometimes she wanted to do something wild, just for the hell of it. She wanted to drive fast, she wanted to jump fences that were too high, she wanted ... this. The rough, the dangerous, the forbidden. She loved the way he would tear her delicate, expensive silk underwear in his hurry to get to her. That perfectly symbolized all she wanted in this life, both the luxury and the danger.

That wasn't what the family wanted for her, however. It was assumed that she would marry the Heir, as she thought of him, and take her place in Colbert County society, with lunches at the yacht club, endless dinner parties for business and political associates, the dutiful production of two little heirs.

She didn't want to marry the Heir. She wanted this instead, this hot, reckless excitement, the thrill of knowing that she flirted with the forbidden.

She ran her hand down his body, sliding her fingers into the thatch of pubic hair that surrounded his sex. As she had expected, he stirred, wakening, and his sex did, too. He gave a low, rough laugh as he lunged upward, rolling her down to the blanket and settling on top of her.

"You're the greediest little bitch I've ever screwed," he said and shoved roughly into her.

She flinched, more from the deliberate crudity of his words than the force of his entry. She was still wet from the last time, so her body accepted him easily enough. But he seemed to like saying things that he knew would sting her, his eyes narrowed as he watched her reaction. She knew what it was, she thought, and forgave him. She knew he wasn't entirely comfortable being her lover, he was too aware of the social distance between them, and this was his way of trying to bring her nearer to his own level. But he didn't have to bring her down, she thought; she was going to bring him up.

She tightened her thighs around him, slowing his strokes so she could tell him before the growing heat in her loins made her forget what she wanted to say.

"Let's get married next week. I don't care about a big wedding, we can elope if-" He paused, his blue eyes flashing down at her.

"Married?" he asked and laughed.

"Where'd you get a stupid idea like that? I'm already married."

He resumed thrusting. She lay beneath him, numb with shock. A light breeze stirred the leaves overhead, and the sunlight pierced through, blinding her. Married? Granted, she didn't know much about him or his family, only that they weren't respectable, but a wife?

Fury and pain roared through her, and she struck out at him, her palm lashing across his cheek. He slapped her in return and caught her wrists, pinning them to the ground on each side of her head.

"Goddamn, what's wrong with you?" he snapped, temper flaring hotly in his eyes.

She heaved beneath him, trying to throw him off, but he was far too heavy. Tears stung her eyes and ran down her temples into her hair. His presence inside her was suddenly unbearable, and each stroke seemed to rasp her like a rusty file. In her paroxysm of pain, she thought she would die if he continued.

"You liar!" she shrieked, trying to jerk her hands free.

"She won't let me," he panted, hammering at her with cruel enjoyment of her struggles plain in his expression.

She screamed with rage and managed to jerk one hand free, clawing him across the face before he could grab her. Cursing, he slapped her again, then drew back and swiftly flipped her onto her stomach. He was on her before she could scramble away, and she screamed again as she felt him plunge deep into her. She was helpless, flattened by his weight, unable to reach him to either hit or kick. He used her, hurting her with his roughness. Not five minutes before, the rough handling had excited her, but now she wanted to vomit, and she had to clench her teeth hard against the hot, rising nausea.

She pressed her face into the blanket, wishing she could smother herself, that she could do anything other than simply endure. But worse than the pain of betrayal, of realizing that she was nothing more than a convenience to him was the bitter knowledge that it was her fault. She had brought this on herself, eagerly sought him out and not only let him treat her like a piece of trash, but enjoyed it! What a fool she was, spinning fairy tales of love and marriage to justify what was nothing more than a walk on the wild side.

He finished, grunting with his climax, and pulled out of her to fall heavily beside her. She lay where she was, trying desperately to pull the shattered pieces of herself back into some semblance of humanity. Wildly, she thought of revenge. With her torn. clothes and the marks of his hand on her face, she could hurry home in very real hysterics, charge him with rape. She could make it stick, too; after all, she was a Davenport.

But it would be a lie. The fault, the weakness, was hers. She had welcomed him into her body. These last few minutes after she had changed her mind were little enough punishment for her monumental stupidity. It was a lesson she would never forget, the humiliation and sense of worthlessness a mental hair shirt she would wear for the rest of her life.