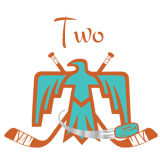 VIKTORIYA WAS A
study in contradictions.

In the casino, she’d been bold and seductive, homing in on me and not letting me out of her sight.

Here in my hotel room, she was timid and shaking, a rabbit on the verge of skittering away, never to be seen again. She tried to hide her nerves, meeting my gaze and licking her lips in invitation, but it was all bravado. Just a show she was putting on, which only made me want to know why.

Why was she so desperate to sell herself?

Why had she chosen me?

How had she ended up in Vegas, thinking she could sell her wares legally but clueless about how wrong she was?

I was just glad that she’d settled on me as her John for the night. In her naiveté, she could have ended up propositioning a cop or, worse, someone who would hurt her.

You never knew what you’d run into in that line of work. I should know. I’d seen plenty of it for myself when I was growing up. Technically, I supposed I’d heard more than I’d seen. Mom had always done her best to keep me in the dark about what she was doing, but I’d known.

Kids always know. And sometimes, they become adults who are all too aware of the darker, shadier sides of life.

I took a seat across from Viktoriya, analyzing her body language. Her thick, dark brows drew together in confusion above eyes so dilated they jumped with my every move. I couldn’t make out the color of the irises. She sat straight-backed, prim and proper, with the sort of posture that got drilled into boarding school students. She had an oversized purse tucked up against her side. Her black hair fell in waves over tense, narrow shoulders. Her porcelain skin was flawless, not a wrinkle in sight. She was young—early twenties, I’d guess.

The slinky, cobalt material of her dress clung to her body, emphasizing how long and lean she was. Her legs went on for days before reaching her crossed ankles. Narrow wrists led to delicate hands with elegant fingers. I didn’t miss the fact that she’d bitten her fingernails down to the quick.

“What you want?” she demanded again, defensively drawing her arms across her belly and keeping that purse tight against her body. “You want to fuck me? It’s fine, fuck me. Whatever you want.” Her accent was sexy as all hell, her W’s becoming velvet-soft V sounds that were a stark contrast to the overall harshness of the way she spoke. Despite my good intentions, I couldn’t deny that her voice turned me on. It was rich and husky, and the Eastern European severity only made her seem exotic and alluring.

I hadn’t exactly had a plan in mind when I’d walked her off the casino floor—other than to find some way to prevent her from making a mistake that would land her in jail for the night—but now the need to think fast hit me hard.

What did I want? An excellent question. “I want to know how you ended up here,” I finally said.

“You brought me here.” The words came tumbling out complete with a petulant tone and an eye roll she didn’t even attempt to hide.

It took a supreme effort on my part not to laugh. Even in distress, she wasn’t immune to sarcasm. That was a huge point in her favor as far as I was concerned. In fact, so far I wasn’t coming up with many—if any—points against her. No clue what to do with that.

She narrowed her eyes at me. “I took bus.”

“From?” It wouldn’t surprise me if she spouted off some city in Russia, just to goad me.

But she didn’t. Instead, she sighed. “Los Angeles.”

“When did you get here?”

It was only a hair after eight now. She hadn’t wasted any time getting to the casino and scoping out her mark, which only spoke to her desperation. She probably hadn’t even bothered to find somewhere she could stay for the night. This was getting worse by the minute.

“Did your pimp send you? Because if he did, you need a new pimp. One who knows the laws and where it’s safe for you—”

That didn’t surprise me, either, considering how nervous she seemed. But that meant she was trying to jump into the game without having the first clue how it worked. Pimps were an unpleasant reality of the prostitution business, but the good ones at least kept their girls safe. Without one, if Viktoriya found herself in a bad situation, she wouldn’t have anyone on her side to get her out of it.

She’d be all alone.

I knew that all too well. I’d seen it happen too many times to count, even to my own mother. Mom had tried to go it on her own so she could keep more of the money she made turning tricks. For me. It was all for me, and there wasn’t any point trying to convince myself otherwise. But there had been too many Johns who’d taken a hell of a lot more than they’d paid for, too many nights I had to clean up the messes they’d made of my mother, and she’d finally given in to my pleas. That meant she’d kept a smaller piece of the pie, but if some asswipe had tried to do a number on her, she would have had more than just me and my scrawny ass to look out for her.

Without a pimp, Viktoriya had nothing. She might not have any more to her name than whatever she was carrying in that bag. No wonder she was keeping it so close.

My fists clenched at my side. I didn’t know why I was getting so worked up over this, other than the fact that I knew firsthand that no woman who prostituted herself was
just some prostitute
. She was someone’s daughter. Someone’s sister. Someone’s mother or aunt or friend. She mattered.

I wasn’t sure Viktoriya agreed with that assessment right now, though.

“You’ve never done this before, have you?” I asked. It was eating me alive from the inside, the same way my fears had gnawed at my stomach when I was a kid attempting to take care of my mother.

She met my gaze, her intense eyes wide and on the verge of panic. Then she was on her feet and heading for the door, purse wedged between her arm and her side.

“Wait,” I called out, following her.

She was fast, but I was faster. I reached the door before her. The urge to put my hand against it, to stop her from leaving was strong; the need to prevent her from feeling trapped was stronger.

I leaned against the patch of wall directly beside the doorway, facing her. “I want to help you.” I just didn’t have an inkling how to do it.

Her nose wrinkled on the word
pimp
, and her chest rose and fell rapidly, drawing my eye. Christ, she had a gorgeous body. Not a helpful thought at the moment.

“Beautiful, I’m not offering to be your pimp. That’s not even on my radar.”

“Then what?” Her lips were turned down in the most fucking kissable pout I’d ever seen. “You said no fucking. How you think you can help me?”

Another good question. “Where are you going to stay tonight?”

“With man who pays to fuck me all night.”

It was as bad as I’d initially thought. She’d only arrived hours ago, she had nowhere to stay… The picture was looking bleaker and bleaker.

“Why not stay here? I’ve got lots of space.” A hell of a lot more than I needed, actually. Being a pro hockey player came with a lot of perks. The most important one, for me, was being able to help my mom so she wouldn’t have to keep living the lifestyle she had for so many years. I’d been able to get her out of the game. Now she had a nice house in Toronto, and she still had her same day job. She didn’t need to take on any other
work
, though. If there was something she needed, I took care of it. I didn’t even bat an eye about it because of the hell she’d put herself through to give me a chance.

Now I wanted to give Viktoriya a hell of a lot more than simply an opportunity.

I still couldn’t put my finger on exactly why I was having this reaction to her. Would it be the same with any other woman trying to get started in this line of work? Or was it just because she hadn’t yet gone there, and I wanted to keep it from happening? I couldn’t be sure.

But she crossed her arms in front of her again, holding her purse tight to her chest, and she looked so fucking lost I wanted to wrap her up in my arms and help her find herself.

“I have to go,” she said, her voice cracking with determination. “I need money.”

“Why do you need money so badly that you’re doing this?”

“Because I lost visa! They make me go back to Russia. I can’t— I can’t go to Russia. I have to—I have to go.” She tried to push past me and open the door, but I reached out, taking her hand. She froze against my touch.

She shook her head, huge tears welling in her eyes. “I have no home. No family. There’s no one to help.”

No visa. No home. No family. No one to help. My brain was racing a mile a minute, my heart pounding just as hard to keep up. Whatever had caused her to lose her visa, she only had a limited amount of time to act before she was deported. She didn’t have anything here, but it sounded as if she had even less there.

This was a huge mess, and I blurted out the first thing that came to mind. “There is someone to help. Me.” I reached up with my other hand and brushed away the tear that had fallen down her cheek. “Marry me. Then you won’t have to sell yourself. You won’t have to go back to Russia. I can take care of you. You’ll be fine. What do you think?”

I knew what I thought. I thought I’d lost my fucking mind. But as insane as the idea was, I wasn’t itching to take back the words. There was something about my suggestion that felt good, as if I was doing the right thing. Maybe I could keep one woman from falling into the same kinds of problems my mother had faced. Maybe I could rescue her from that fate. She was only one woman, so it wasn’t like I was changing the world. But maybe I could change Viktoriya’s world.

Maybe that would be enough.

Her tears stopped, and she looked up at me with an impenetrable expression. “I think you’re crazy.” 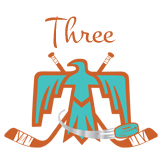 THERE WAS NO
doubt about it. Razor had lost his mind.

Into the Shadows by Jason D. Morrow
Condor by John Nielsen
Women Without Men by Shahrnush Parsipur
Damaged, The Romance of Nick and Layla (Part 4) by Cierlak, Crystal
The Damned Highway by Nick Mamatas
The Bannerman Effect (The Bannerman Series) by Maxim, John R.
An Unbreakable Bond by Lewis, Kalia
Broken Vow by Zoey Marcel
Ghettoside by Jill Leovy
Dead Angler by Victoria Houston